This was my first Lambda Alpha Weekend, although some attendees had been to dozens. It consisted of a combination of lectures and tours. 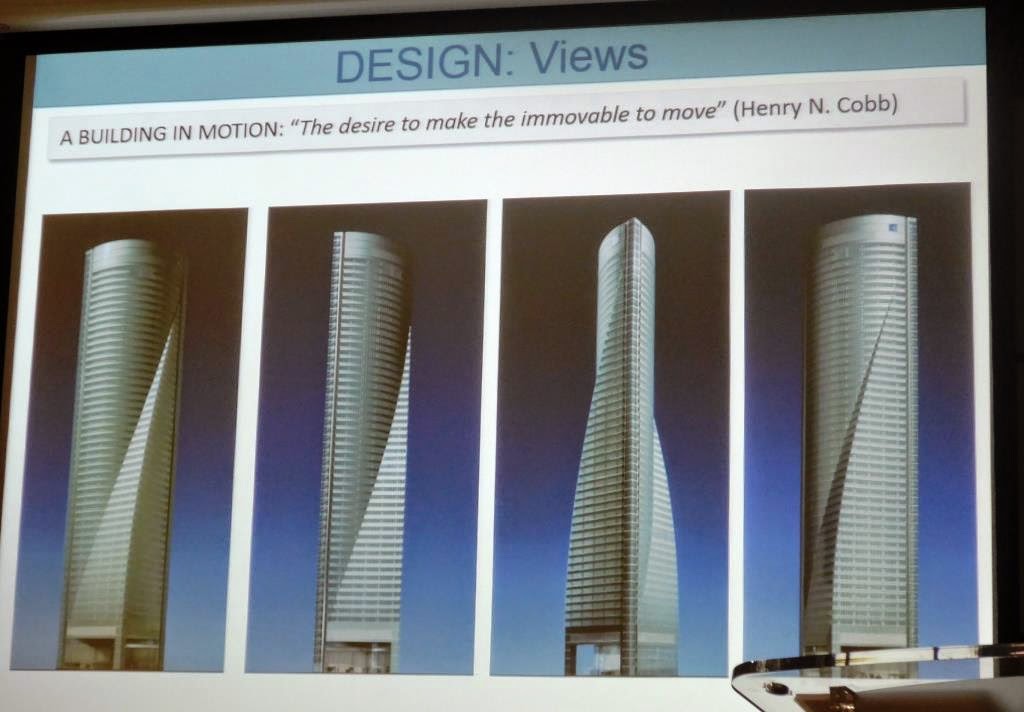 The opening night took us up the Torre Espacio, one of 4 relatively new towers in the new financial centre of the city. It was quite interesting to see the rationale for the design by the firm founded by I.M.Pei. I was interested to learn the Canadian Embassy was located in the building. I wondered who decided that. 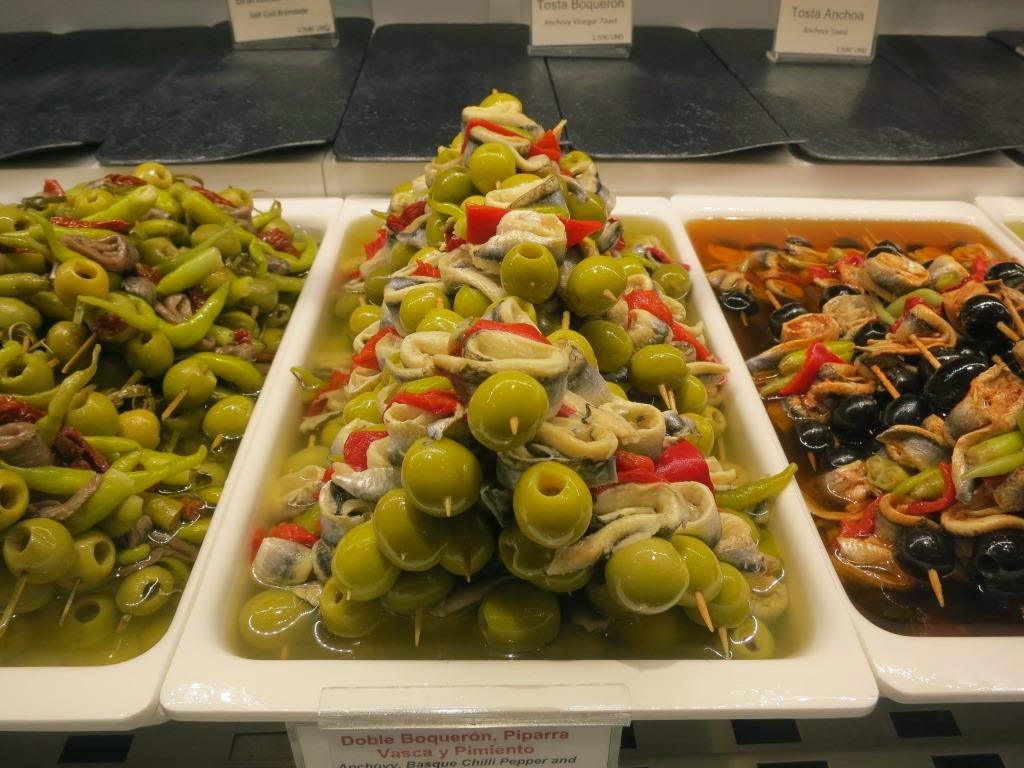 We had our opening reception up in the building. In a city with wonderful tapas, the tapas we were served were not very good! However I went back to the restaurant complex where I ate stuffed olives and Iberian ham and drank vermouth until I was the oldest person left in the place. 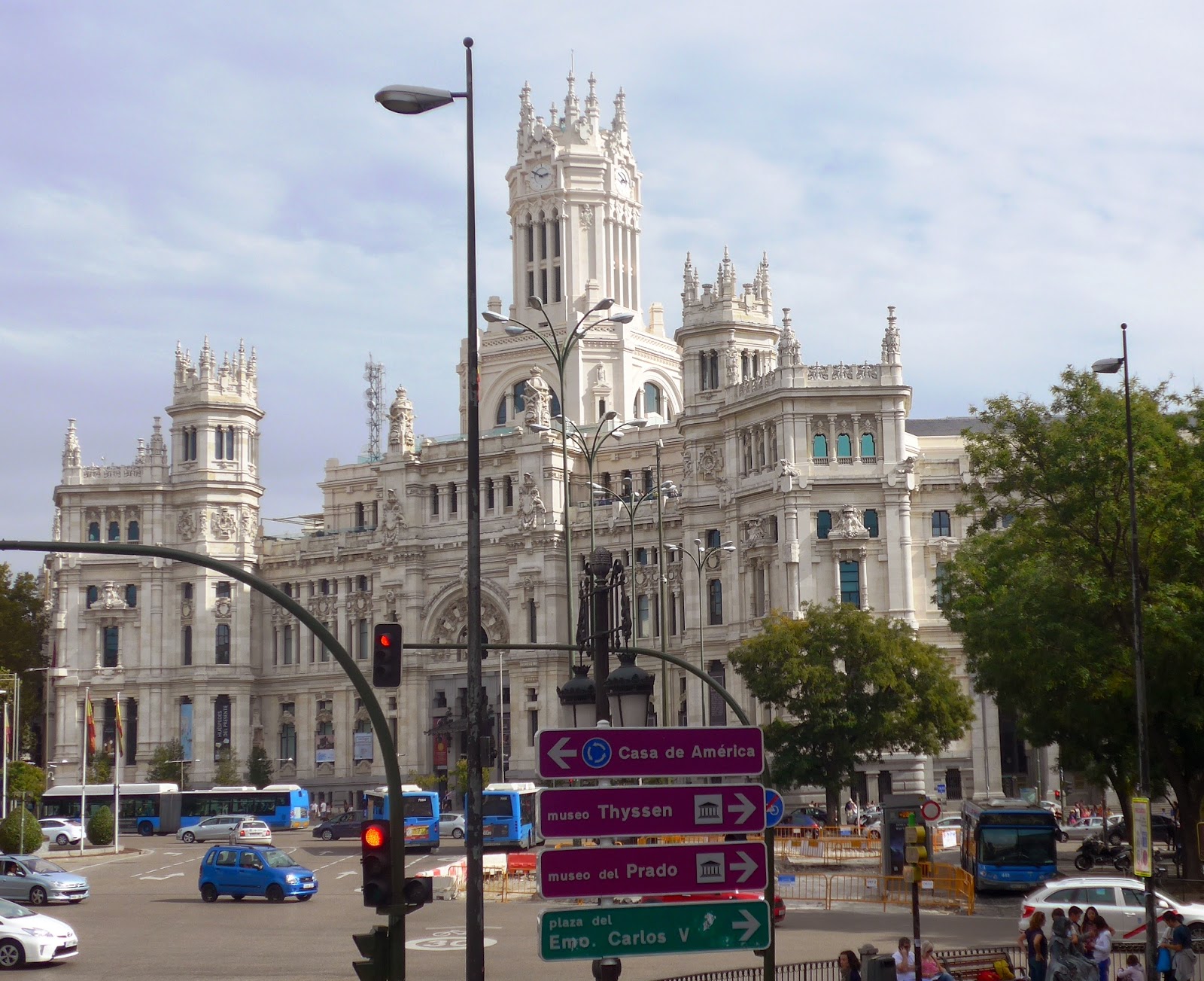 We toured the City Hall. It was once the Post Office and a grand place. But I’m not sure why it was on the itinerary, especially as the guide seemed more interested in where the letters had been sorted. I had not travelled all the way to Madrid to see this.

But the view from the top of the building was quite magnificent, even though it highlighted a view of a large glass roof that had been constructed over an outside courtyard, at considerable expense, and for no obvious reason. 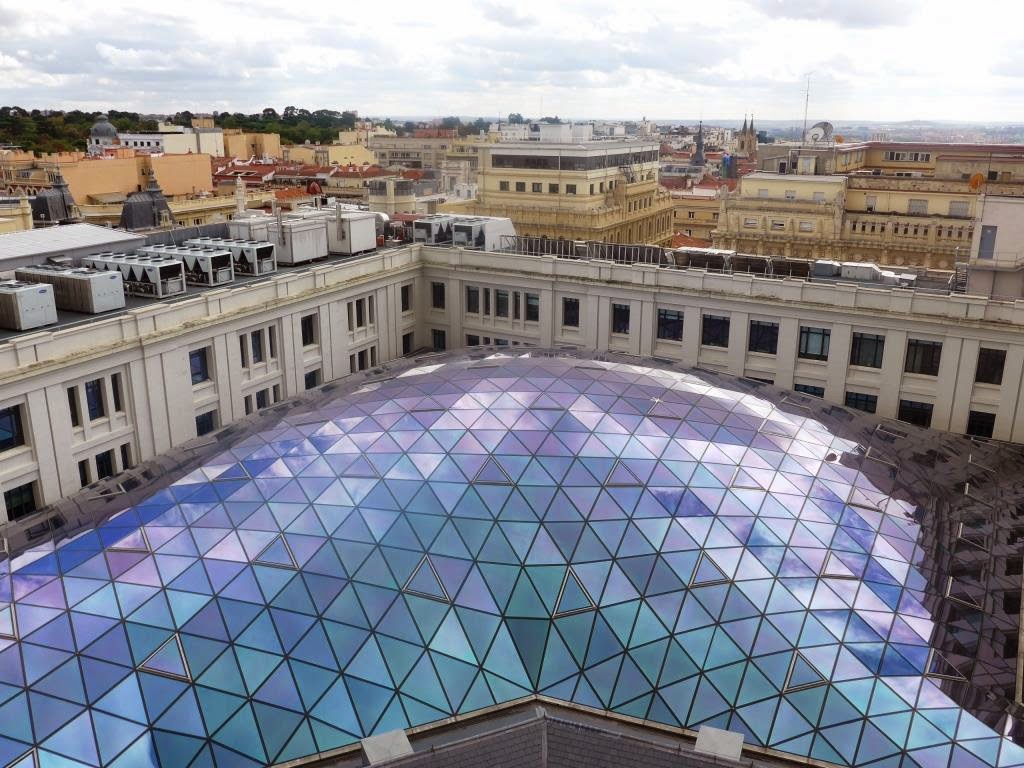 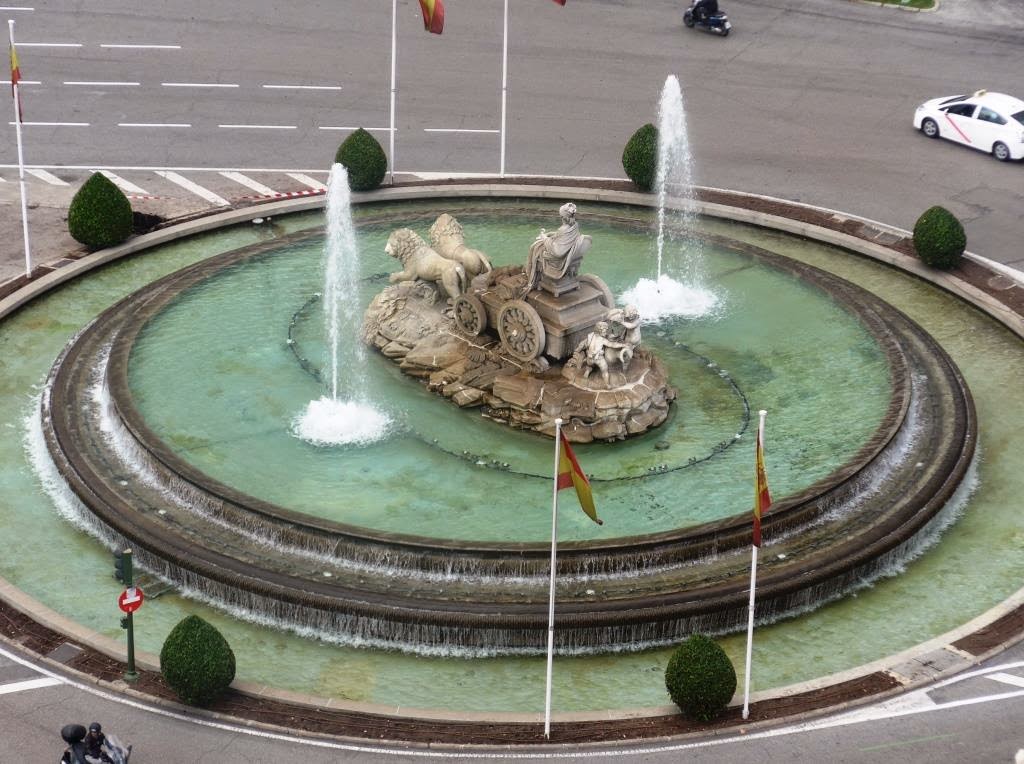 One of the things I do admire about Madrid and so many other older cities is the array of beautiful fountains.

Another tour took us to the Telefonica complex, a very beautiful set of buildings where the architect and client had spared no expense. It reminded me very much of Simon Fraser University, albeit a modern day version with a larger budget and nicer materials. 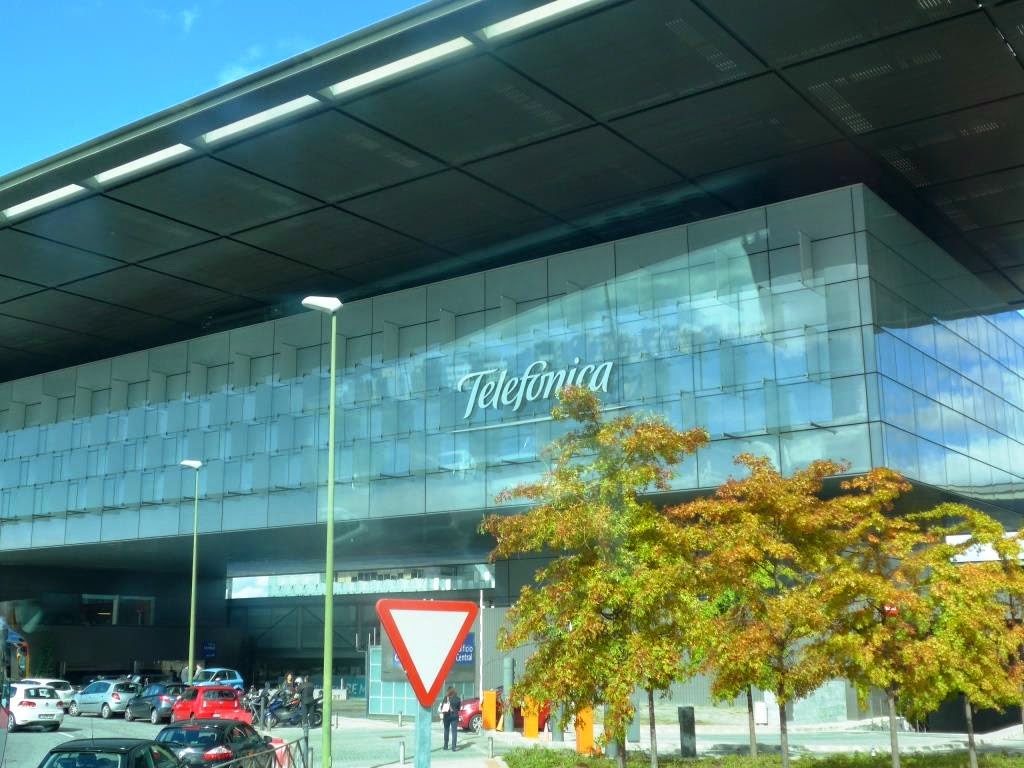 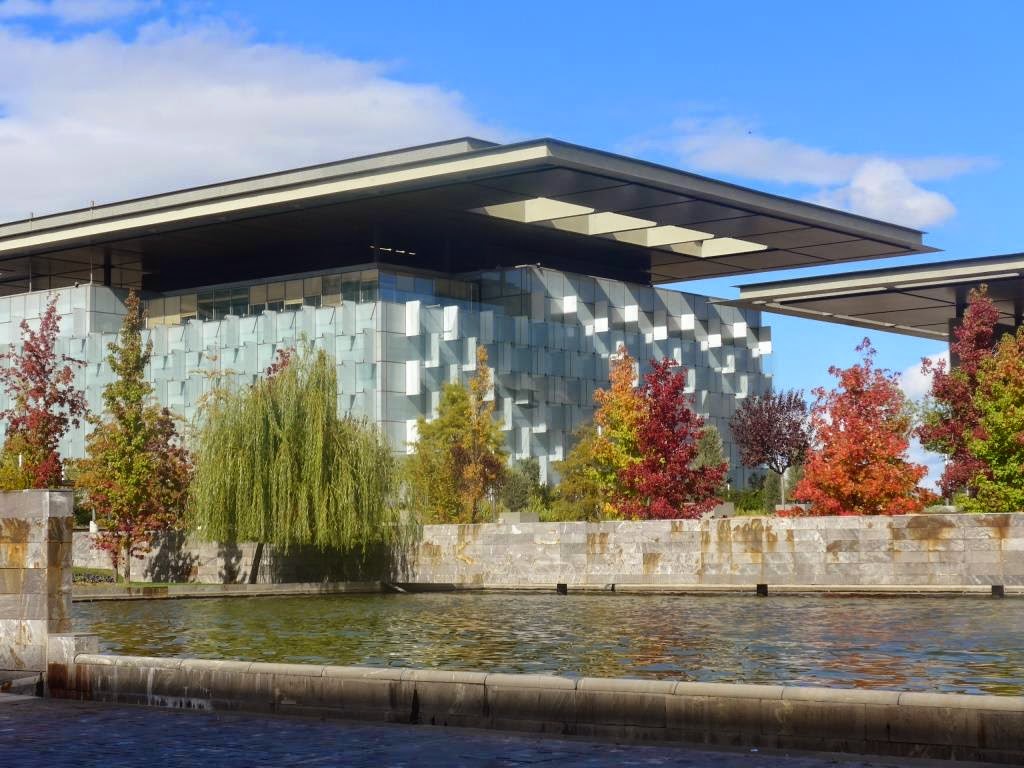 One of the more interesting tours was Santander City, the head office complex of Europe’s largest bank. It housed 6700 employees and included an exquisite forest, golf course, museum and art gallery and restaurant complex. 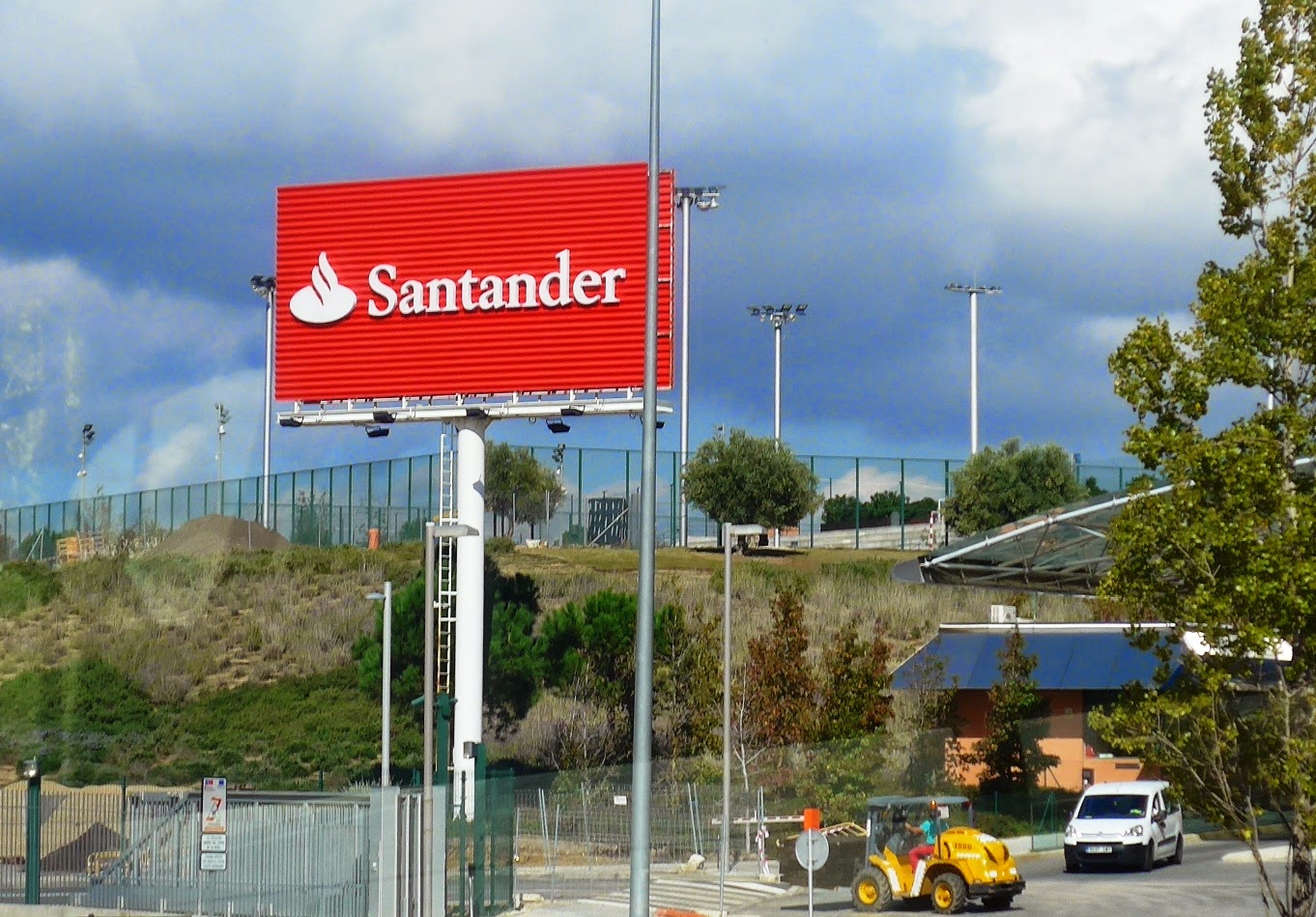 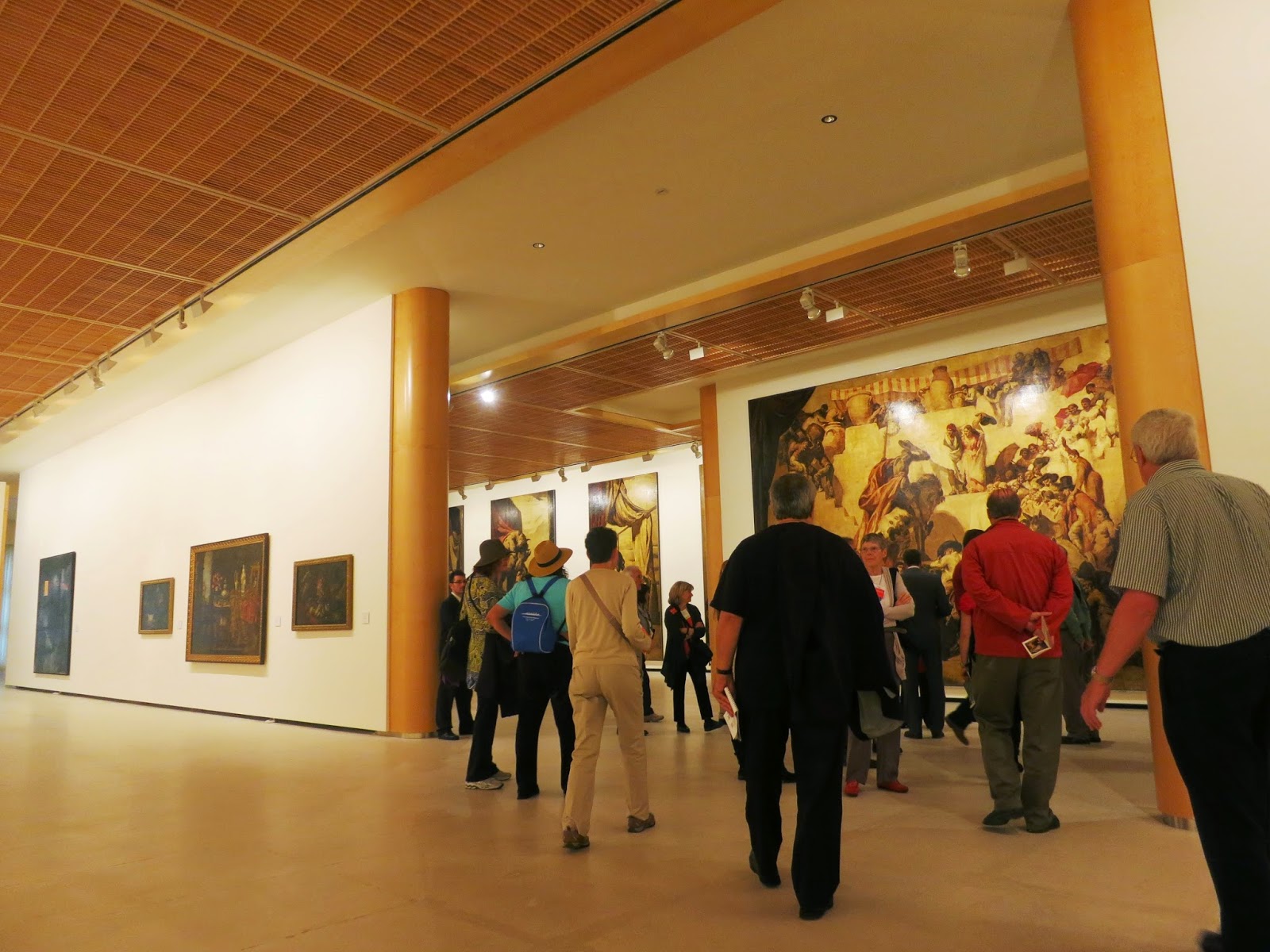 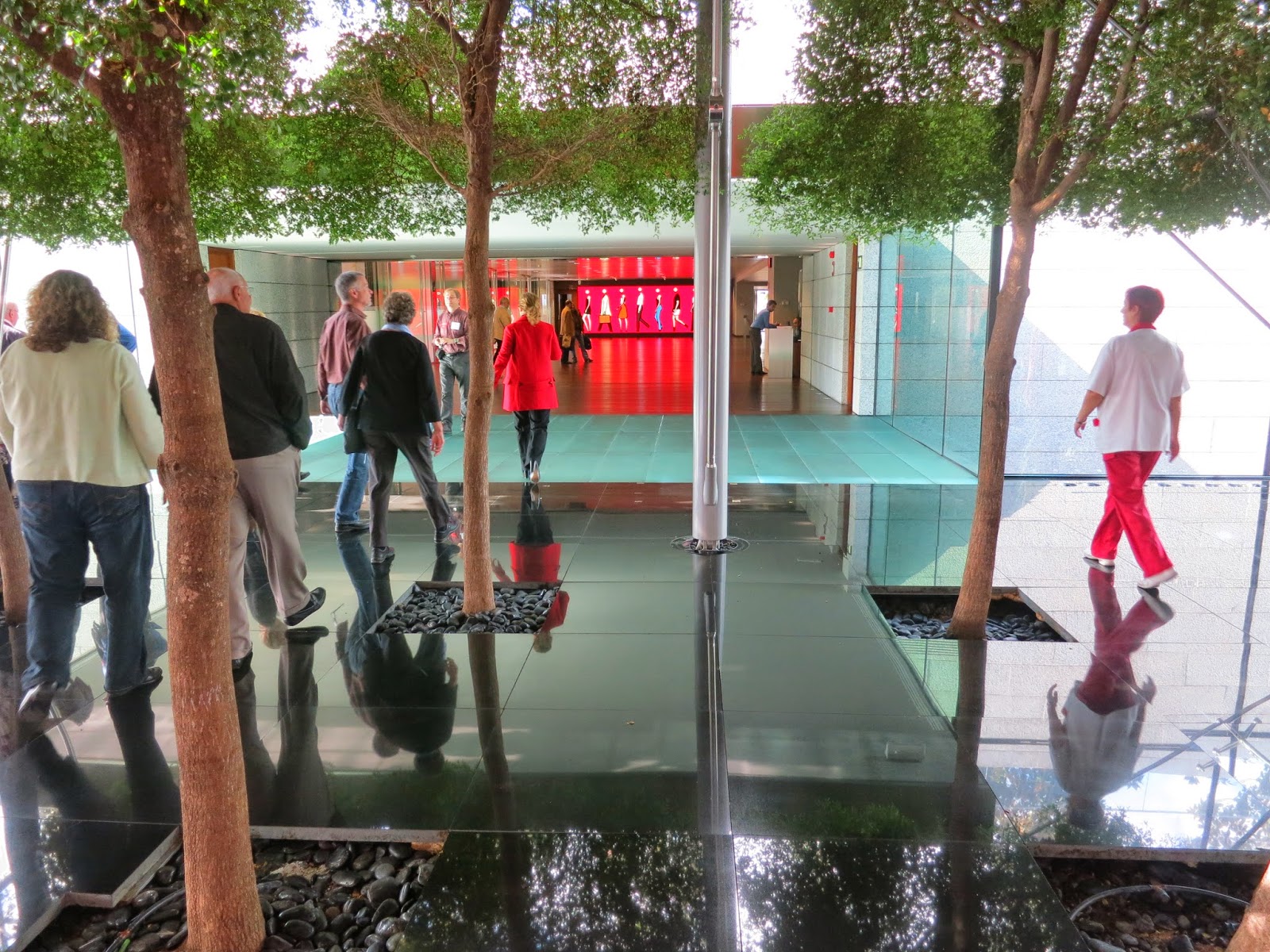 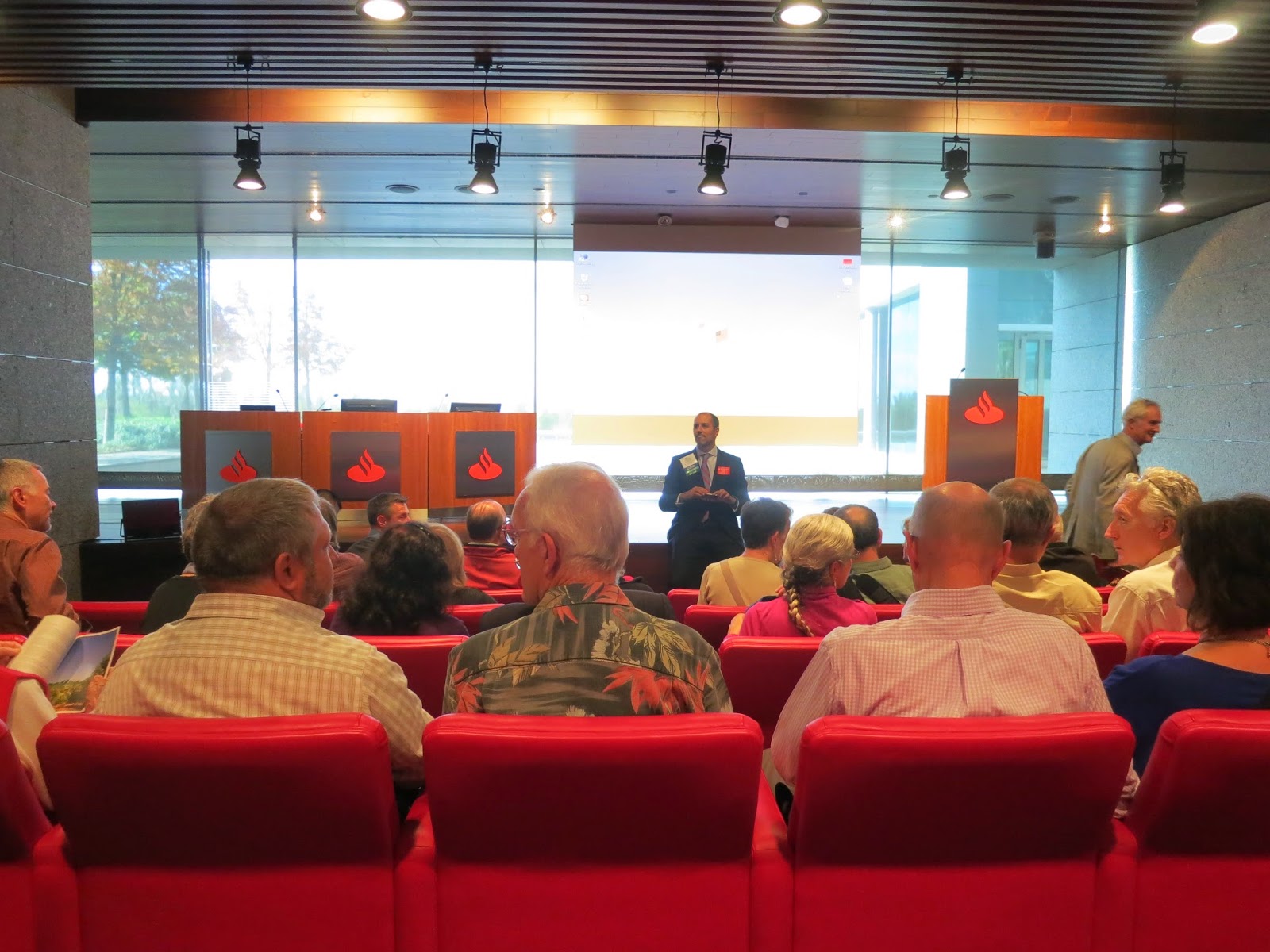 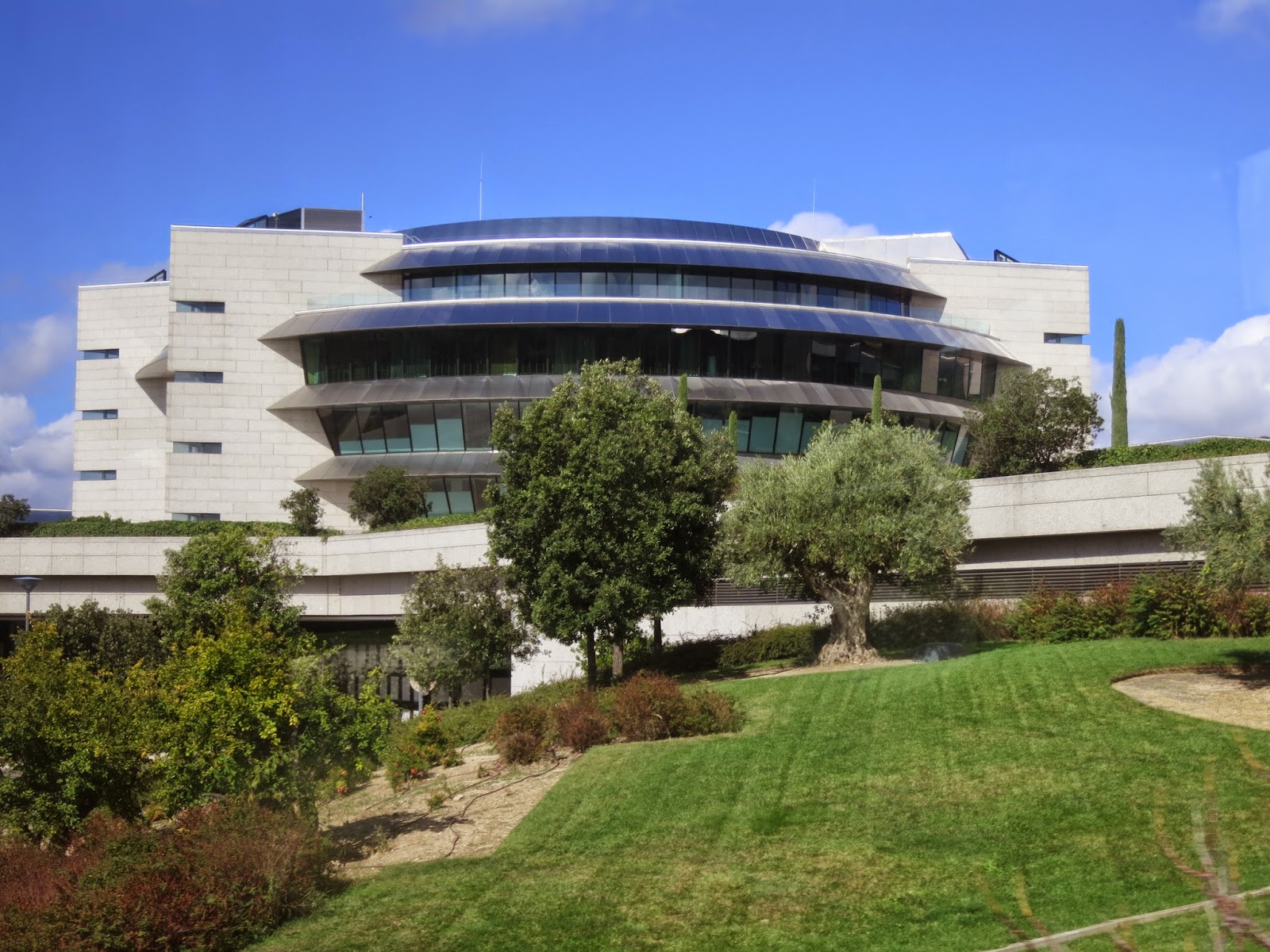 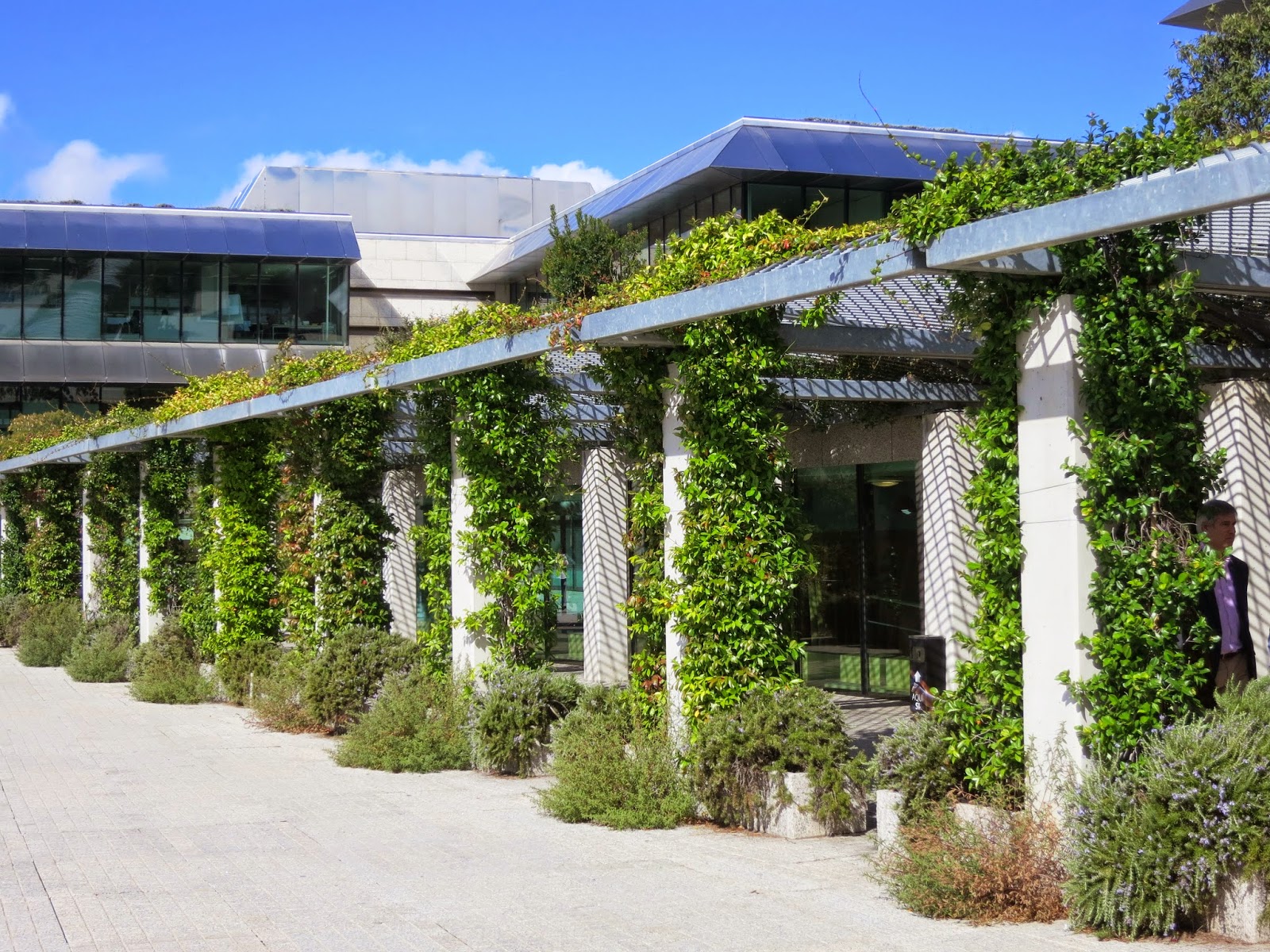 While some of us were fascinated by this ‘sustainable’ complex far from the city, others were quite offended by it. It seemed so very extravagant. But then, when one compared the cost with housing a similar number of employees in a downtown complex, it may have been quite economical. Moreover, we were told that the bank had sold the complex to an Irish bank and leased it back, just before the real estate crash!

Another bizarre tour was Valebabos, a new town being built near the airport on 1000 acres of land. It started in 2007, just as the market started to crash, and involved a number of different property owners, some of whom lost a lot of money. What seemed very bizarre was that the entire site had to be completely serviced before any of the buildings could be constructed, so there are hundreds of millions of euros of infrastructure just sitting there. 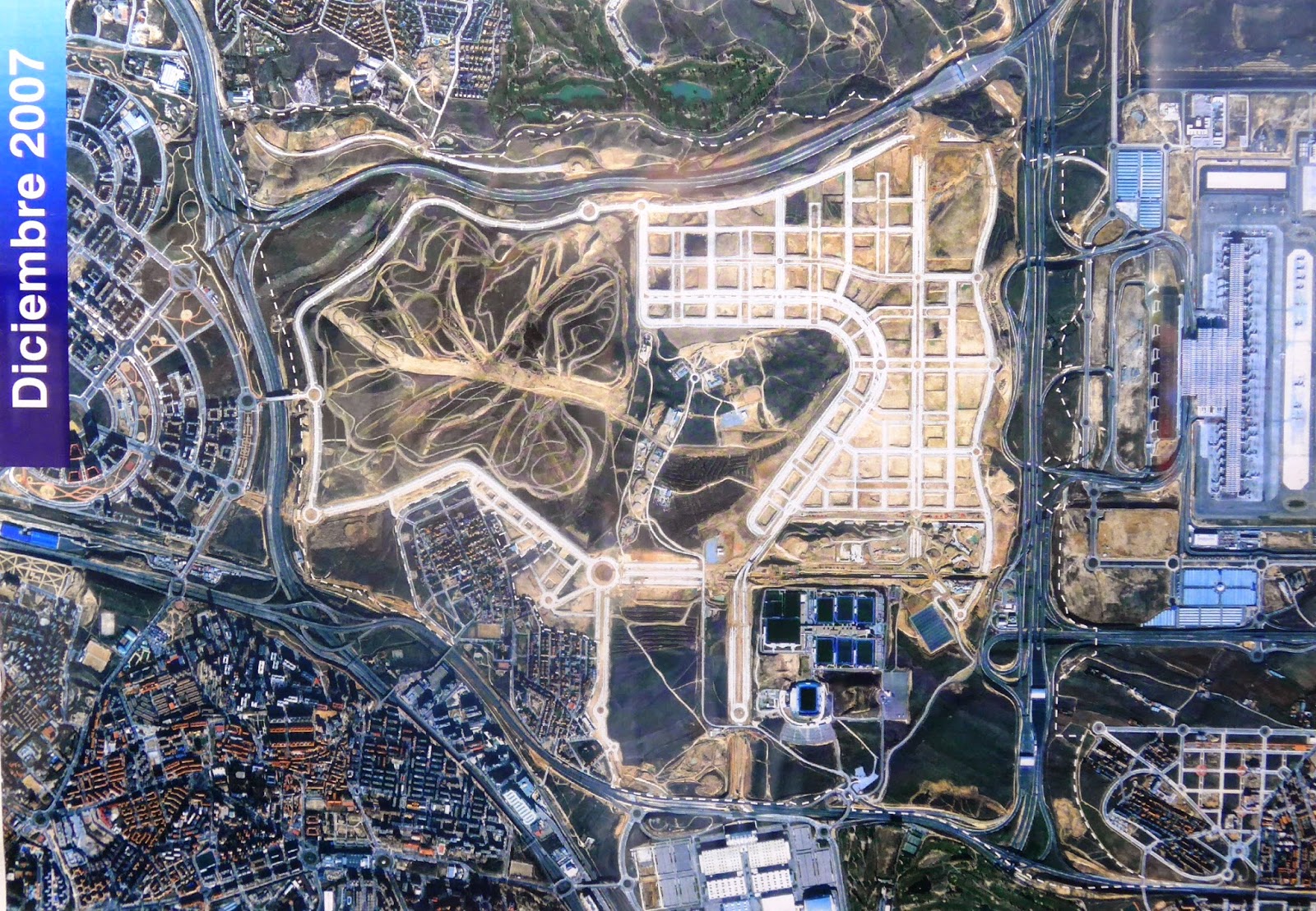 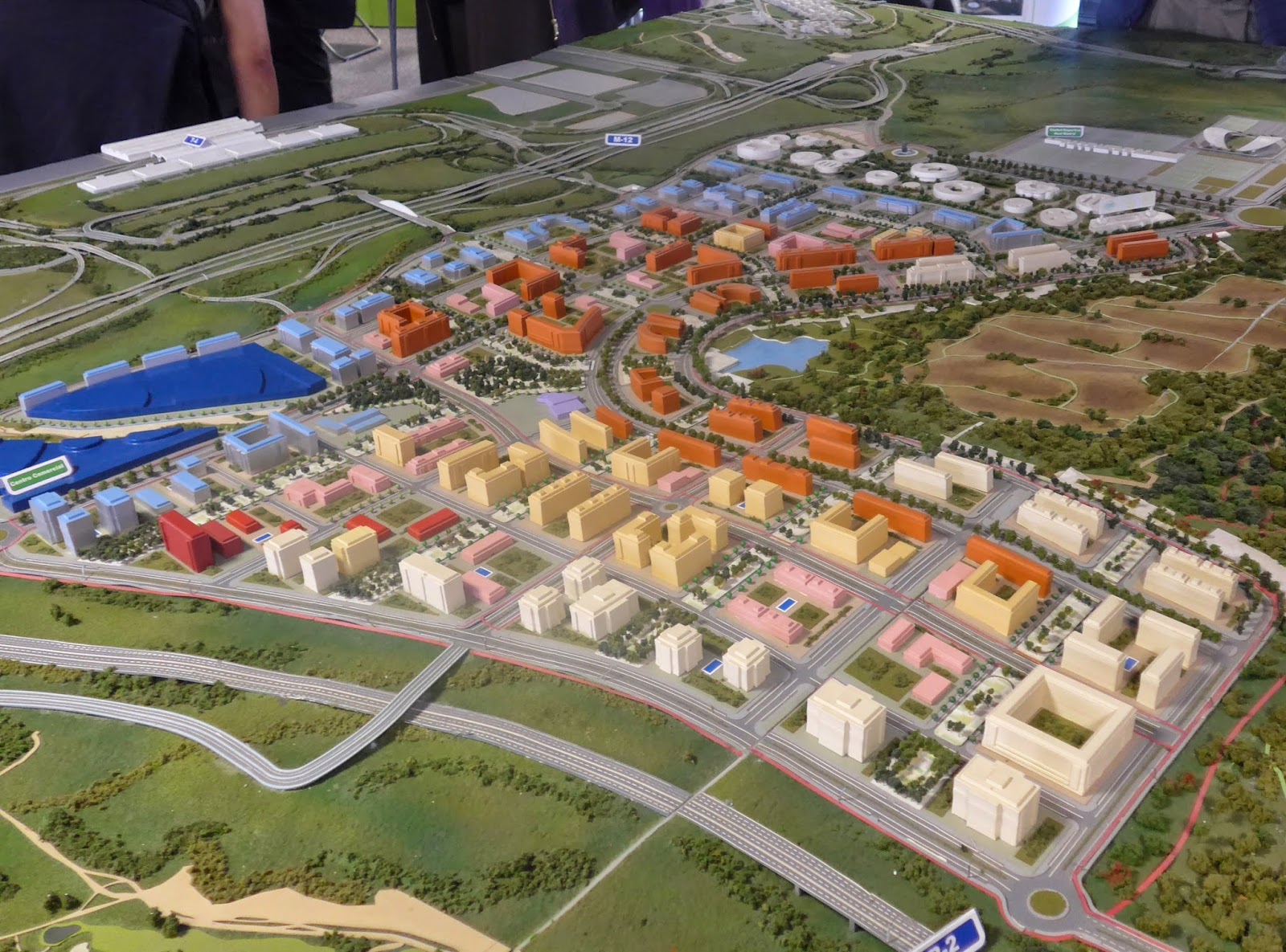 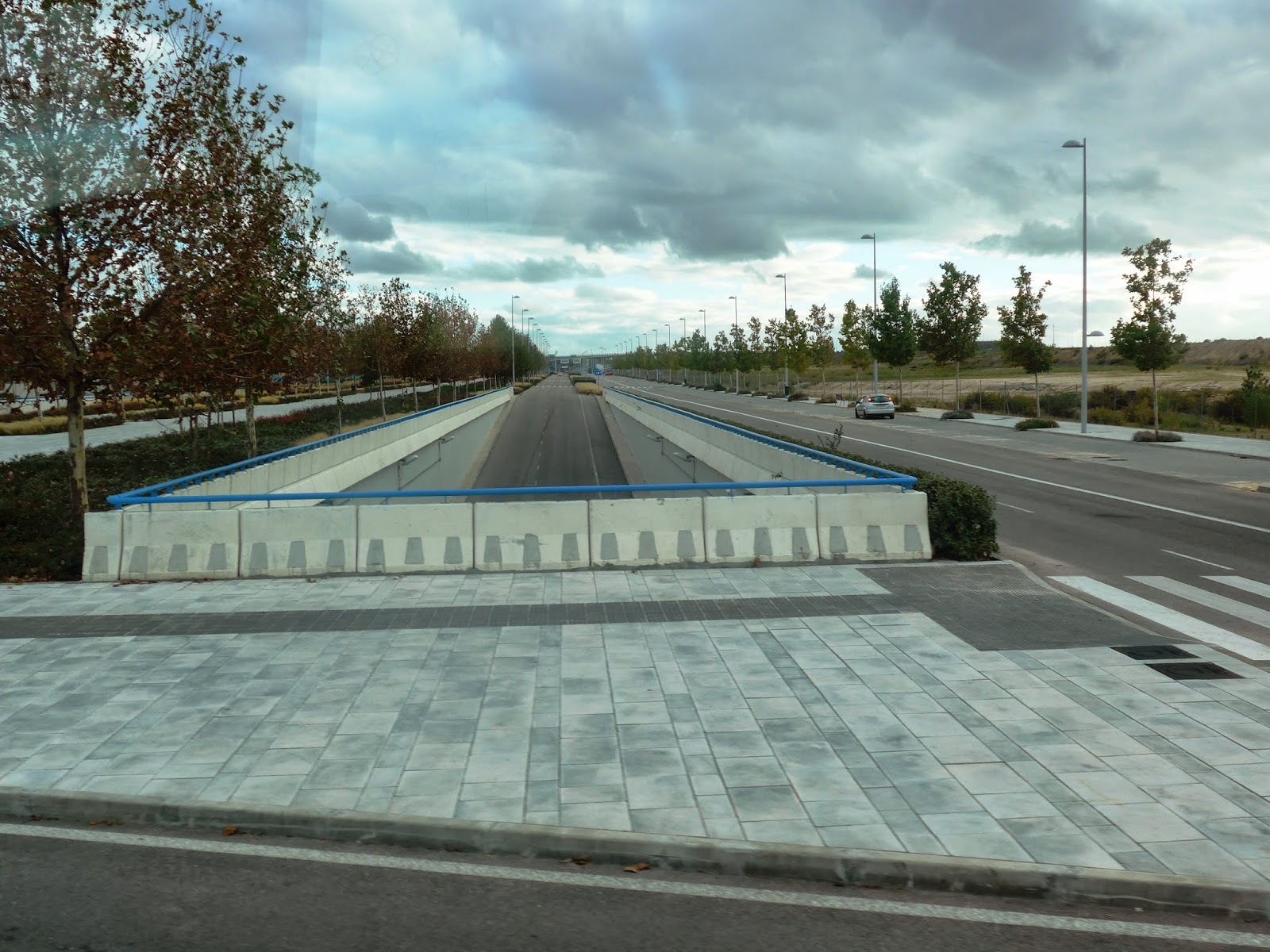 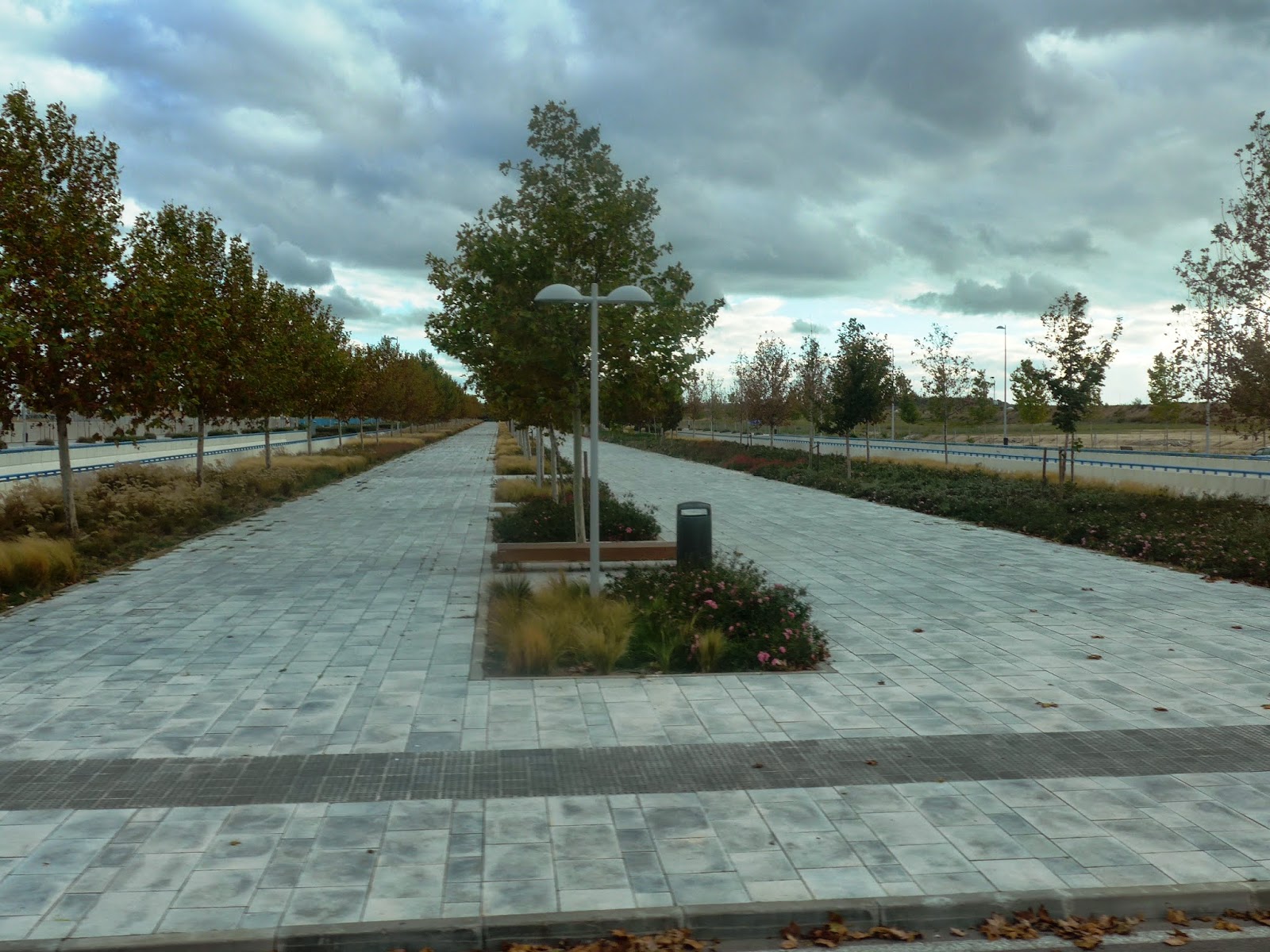 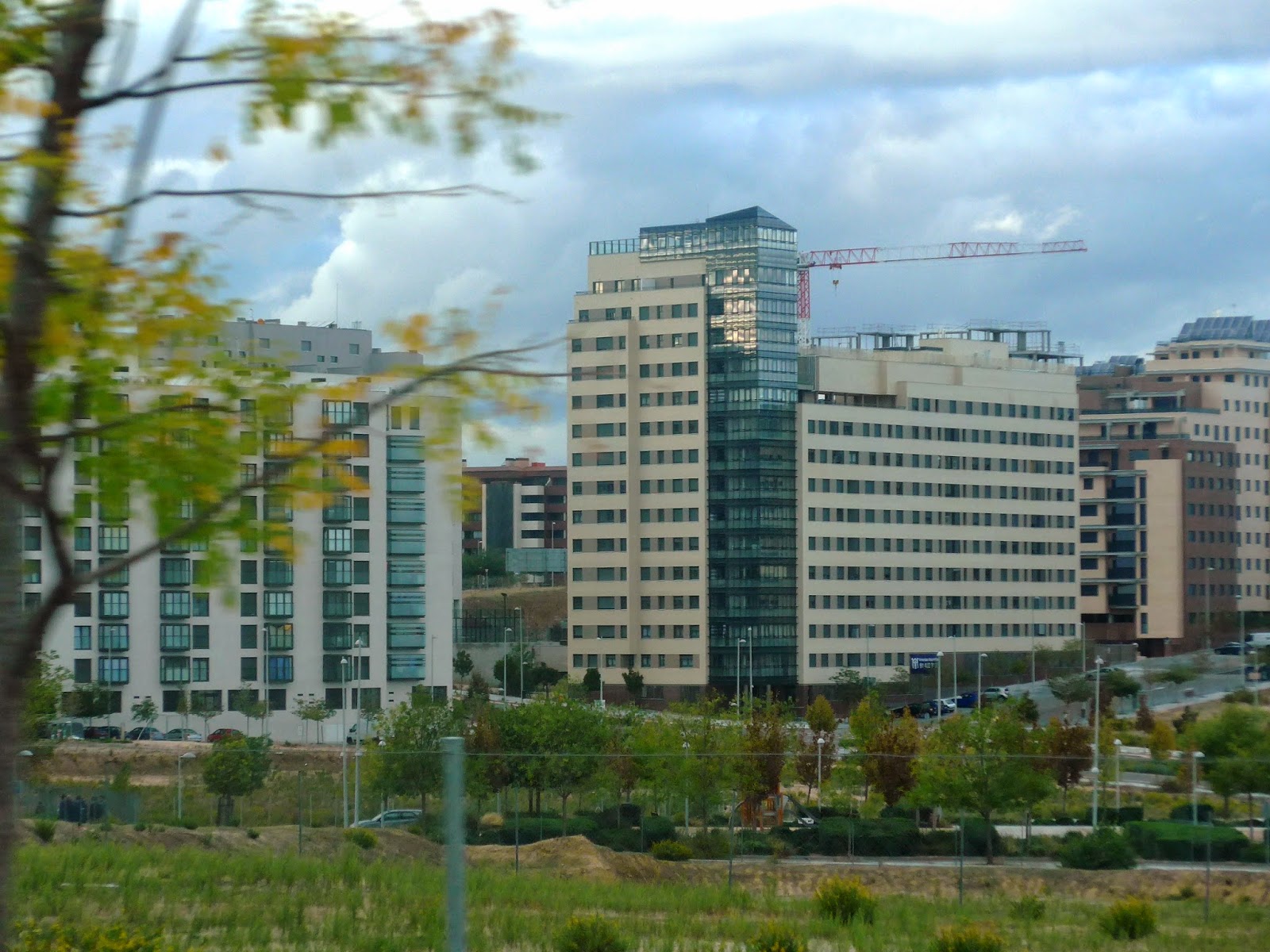 Even more bizarre was that there was no heart to the community…no village centre.  I just can’t understand how a country that built such wonderful cities in the past can screw up its new developments. But that’s what it appears to be doing. And losing a lot of money at the same time. 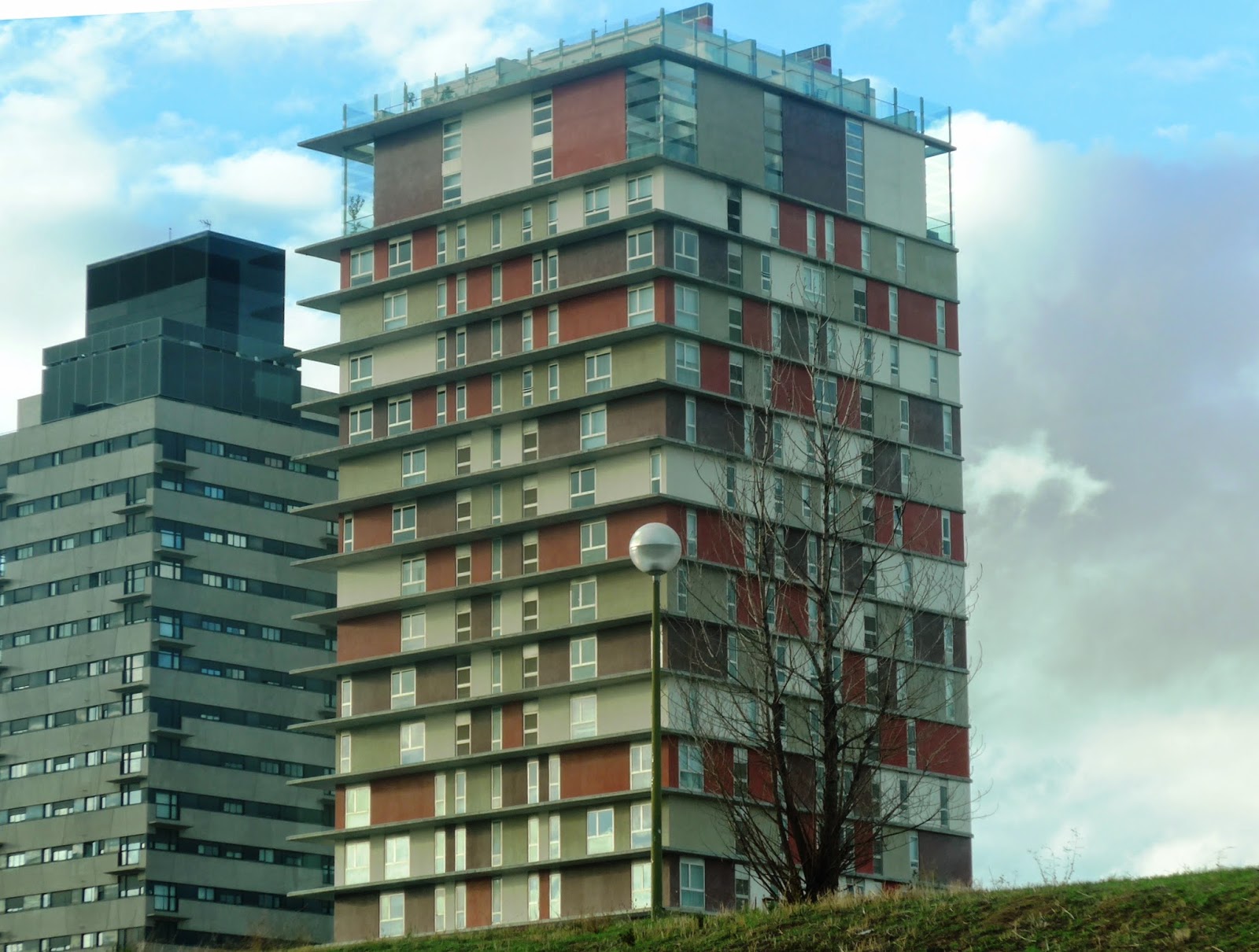 On the way back we saw some of the new residential towers being built on the outskirts of Madrid. They are not as beautiful as the buildings of the past, to say the least 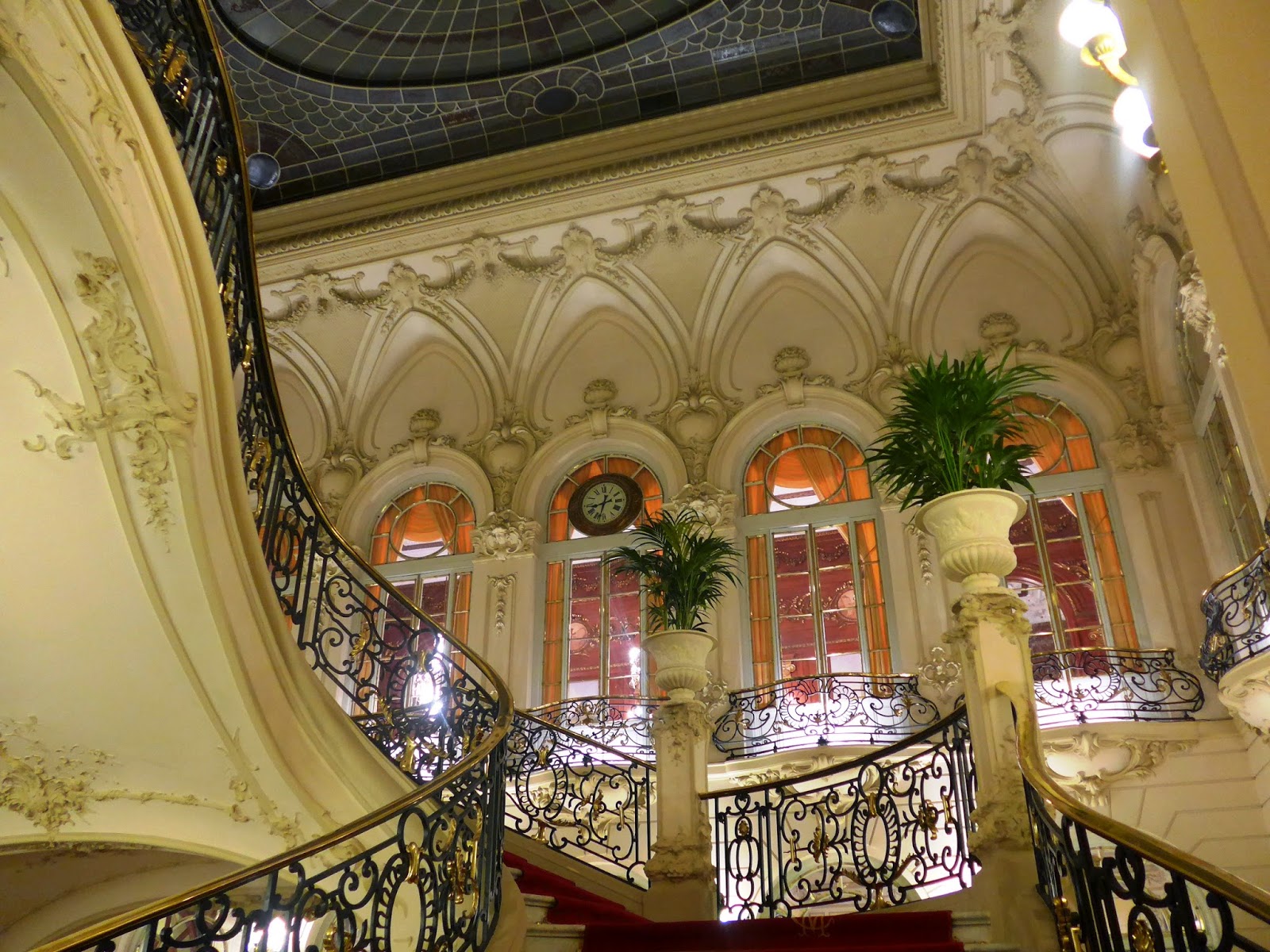 The closing gala was a magnificent event at the Casino de Madrid. It made up, to some degree, for the disappointing food we had at some of the other events. It was very good ending to a fascinating experience. Next spring we’re off to Washington. I’ll be there, all being well.