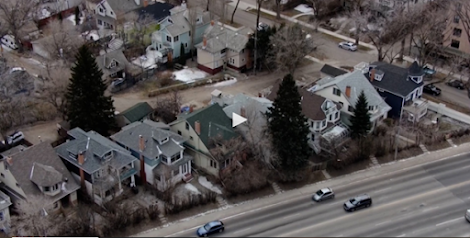 I had a call yesterday from CTV in Edmonton to ask about a land assembly coming to market in that city. In this instance, the owners of 10 adjacent older houses have banded together and are offering their properties as an assembly. While I didn't see the properties before I did the interview, I noted that this type of assembly, especially along an arterial, is very common in Vancouver. When I was told that each of the houses was over 100 years old, I mentioned the Pacific Heights Coop at Burrard and Pacific where about 7 older homes were moved forward on their lots and a new apartment building was developed behind. 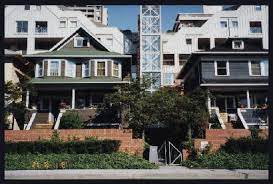 While it will be a shame to see these 10 homes demolished, hopefully my interview will lead to the better use of single family lots in Edmonton one day!

$12.5-M price tag for Scona Road homes being sold as a group, potential for higher-density housing


CTVNewsEdmonton.ca Digital Produce A group of 10 adjacent houses along Scona Road is going up for sale, in a move that often attracts a developer interested in building higher-density housing in the area.

The houses are owned by a small group of people and some are currently rented out as affordable, low-income housing. The listing price for all 10 houses is $12.5 million

“We actually didn’t find out until we got the news article sent to us by another neighbour, woke up in the morning to it, and we’re like, what the heck is going on,” said Jessica Keith, who lives in one of the houses up for sale.

Some of the houses in the group near 93 Avenue are over 130 years old. Keith said her landlord was recently told that one of the houses was six years away from being condemned.

“There’s so many structural issues with the houses and there’s no way we can fix them unfortunately, just due to age and everything else they have to be completely demolished,” said Keith.

She and her roommate Lexus Harding are sad the century-old homes are being torn down.

“You get to meet some amazing neighbours. It feels like home, it feels like family and it’s going to be weird not to live here,” said Keith. “To see such a beautiful area demolished and to have so much history… the stories you could tell and the history in these buildings is irreplaceable.” She added that the house they currently live in was previously used as safe housing for women fleeing abusive relationships.

Properties being sold in groups to a developer isn’t very common in Edmonton, but it could start to be, according to a real estate consultant in Vancouver.

“I predict that in five years as you (Edmonton) slowly start to make better use of your land and support alternative forms of housing… in many instances it will make sense to rezone single-family lots for that purpose,” said Michael Geller.

Due to the mountains, ocean and agricultural land around Vancouver, the city is starting to rezone more single-family homes into higher-density housing, according to Geller.

“When I’m in Edmonton and I drive down arterial or busy streets, I see opportunities where it would make sense to perhaps build townhouses or apartments in that location and the value of the land is greater if that single family lot is used for an apartment building.”

Changes like this require a rezoning permit from the City.

“Often there will be an official community plan which indicated that the planning department and the council are willing to support higher density housing in that area,” said Geller.

He also believes that Edmonton will see low-rise apartments being bought, torn down and turned into high-rise buildings.

“Ultimately, it’s wonderful when the owners can agree and offer their properties for sale… but one of the problems we often have if there’s always one or two people who think if they hold out the longest, they’ll get a higher price than everybody else,” said Geller.

The solution to that, according to Geller, is that developer purchasing the properties follows the favoured nation approach. It means the buyer will pay each owner the same amount they agree to pay the last owner they make a deal with.

“So if that holdout wants too much money, then everybody else may suffer because the developer will not proceed.”

The tenants in the Scona Road houses will have the remainder of their lease honoured and were told they could get a year or more on their lease, depending on how long it takes to sell the properties.

A group of adjacent houses along Scona Road is being put up for sale. Monday, April 11, 2022 (CTV News Edmonton)

April Fool's Day has always been one of my favourite days of the year, (perhaps because I have always enjoyed being a fool). Over the years I have celebrated the occasion with some modest pranks. (Click on image to see full screen.) 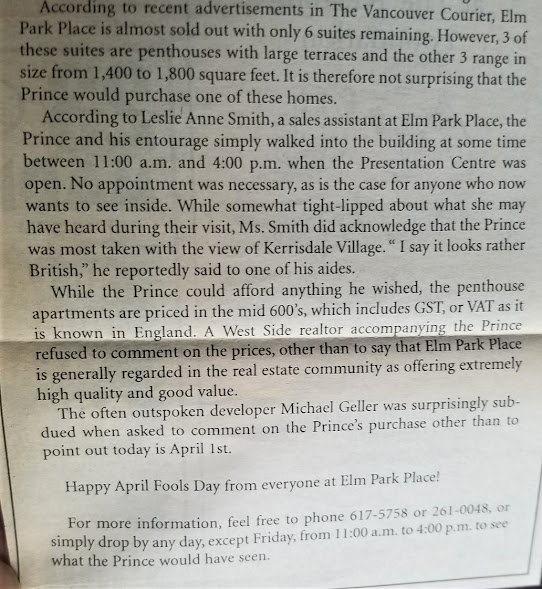 In 1998, while selling a condominium building in Kerrisdale, I got the ridiculous idea of paying for an article in the Vancouver Courier reporting that Prince Charles had purchased a penthouse in my Elm Park Place development. After all, the prince admired good architecture, and this was a very well-designed building and the 100% wool Axminster carpets in the building were like those in the palace.

After the article appeared, several buyers angrily phoned my office complaining about my decision to sell to the prince. Some worried his presence in the building would no doubt add to the security costs and monthly condominium fees. Really! Eventually, my assistant was able to point out the article had been published on April 1st, and the prince had not purchased a unit. 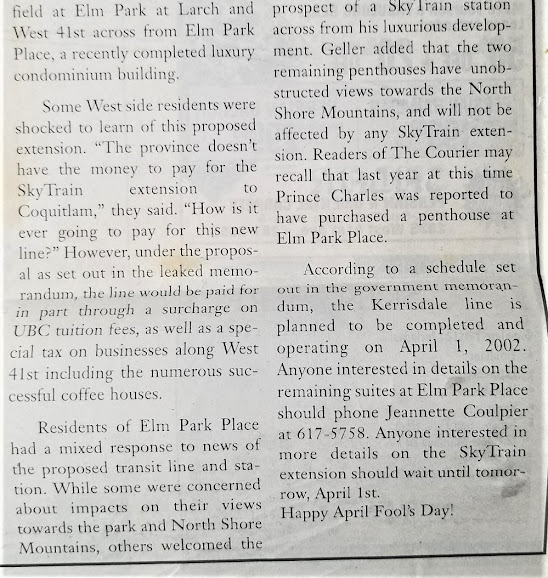 The next year a story appeared in the Courier about a secret provincial government memorandum that noted the province was considering another SkyTrain extension along the Arbutus Corridor and West 41st to UBC, adjacent to the same condominium building. The extension would be funded in part by increased UBC tuition fees and taxes on the businesses along West 41st, especially the coffee houses.

The following day Amy Xu, one of my daughter's Crofton School classmates brought the newspaper article to 'show and tell' since there would be a SkyTrain station near the school. My daughter had to tell her that it wasn't a real story. Her dad had made the whole thing up since he was trying to sell some apartments. It was just an April Fool's Day prank. Amy had never heard of April Fool's Day before. 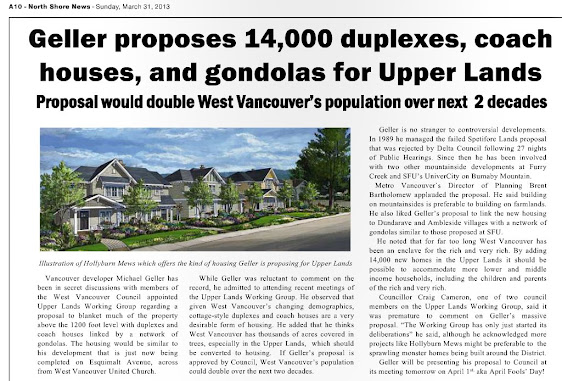 In 2013, I tried again. This time it was a story in the North Shore News about my proposal to build 14,000 duplexes and coach houses in the upper lands of West Vancouver, which would double the population over the next 20 years. The housing would be linked to Ambleside and Dundarave by gondolas, like that I had proposed at SFU.

This article had a number of unexpected results. Both Business in Vancouver and the Vancouver Sun contacted me seeking more details about my proposal, especially the network of gondolas. However, many local residents were not amused at all. In fact, in an effort to address the damage, I had to buy space in the following week's paper to apologize to those who were so upset. Really! 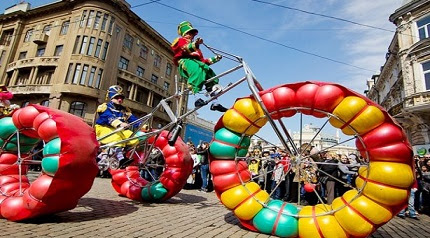 But to end on a bittersweet note, the following year on April 1, 2014, I arrived in Odessa, Ukraine, where my family originated. As we all know, the was a war in eastern Ukraine but I did not expect it to affect Odessa, and other than the presence of some Russian artillery and soldiers, it didn't. But the reason I mention this is because since 1973, on April 1, Odessa celebrates Humorina https://en.wikipedia.org/wiki/Humorina  n annual festival of humour with parades and performances around the city. While I missed most of it due to a late flight, I can't help but wonder whether it is being celebrated at all this year.

Let's hope it can be fully celebrated next year, and I'll feel like offering

some new pranks.
Posted by Michael Geller at 9:48 AM 1 comment: