Should we let the experts plan? Opinion Vancouver Courier April 28, 2016 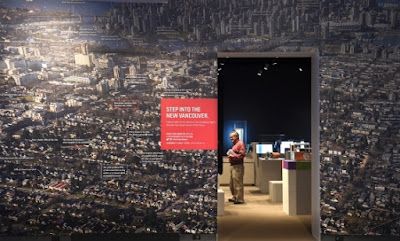 In August 2014, I wrote a column on whether it was time to stop listening to experts.
It was inspired by Vancouver city council’s announcement that it was establishing a 48-person Citizens’ Assembly in Grandview-Woodlands to spend eight months learning about neighbourhood planning so residents could provide informed input on a controversial community plan.

My column was also influenced by an article titled ‘The Fall of Planning Expertise’ in Planetizen, an online website for the urban planning, design, and development community.
It described how society seems to have lost respect for "experts" — those who have knowledge and/or experience in a particular field — and replaced it with a kind of "expertise egalitarianism" whereby everyone's opinion is given equal weight.

Since writing the column, the Citizens’ Assembly has issued its report and planning recommendations. They often depart from what many planners would regard as appropriate building forms and densities.

On the controversial proposal for a high density, high rise complex at Commercial and Venables, the members could not reach a consensus, and agreed to disagree.
There have been other significant events in Vancouver since my column. In January 2016, the Urbanarium Society, in partnership with the Museum of Vancouver, created an exhibition titled Your Future Home: Creating the New Vancouver.

My colleague Naoibh O’Connor (it’s OK, I can’t pronounce her name either) wrote about the opening of the exhibit. If you are interested in Vancouver’s future, I highly recommend that you visit this exhibition before it ends on May 15. The museum is located at 1100 Chestnut Street, within the Planetarium.
In addition to the exhibit, the Urbanarium Society has organized a series of debates along with the UBC School of Architecture and Landscape Architecture. Moderated by David Beers, founding editor of The Tyee, expert teams argue competing visions for solving Metro Vancouver’s biggest challenges. Audience members vote before and after each debate, with a prize awarded to the team that changes the most minds. So far there have been four debates.
The first was on the proposition that we open all neighbourhoods to densification. Former Vancouver director of planning Brent Toderian and architect Joyce Drohan did their best to justify the benefits of increasing neighbourhood densities. However, the debate was won by UBC professor emeritus Michael Goldberg and former Vancouver mayor Sam ‘EcoDensity’ Sullivan who convinced many in the audience it may be best to leave certain neighbourhoods alone.

To see who participated in these debates, and who won, go to urbanarium.org where you can also watch videos of the debates.

On May 11th, the final debate of this season will take place. The proposition is ‘Let experts plan’ and two teams will argue whether citizens should be more empowered to decide what gets built Vancouver; or whether the process is already too prone to public pressures, stifling the creativity, know-how and vision that professional planners are hired to provide.
I will be arguing the pro side of this debate and joined by Judy Rudin.

Rudin is not a professional planner. On the contrary, she is a communications consultant who describes herself as a fan of the democratic process who specializes in promoting public engagement.
Our opponents are two well-known Vancouver personalities.

Michael Kluckner is an artist and author best-known for his 1990 book Vanishing Vancouver, and its 2012 sequel. He is a member of the Heritage Commission and president of the Vancouver Historical Society.

Charles Campbell is a former editor and writer with the Georgia Straight, the Vancouver Sun and The Tyee. He worked with the Citizens' Assembly on the Grandview-Woodland Community Plan to salvage a planning process that he claims was botched by senior city managers.

The debate will take place on May 11th at the UBC Robson Square Theatre, starting at 6:30. You can obtain tickets at urbanarium.org. If you think neighbourhood residents need more power at city hall, I hope you will attend. I might change your mind.
© 2016 Vancouver Courier

It was five years ago today that my rezoning proposal for Hollyburn Mews went before West Vancouver Council. It was eventually approved and today the development is highly regarded in the community as a development for those ready to downsize, but not downgrade. http://www.rew.ca/developments/2591/hollyburn-mews-west-vancouver

I am pleased to report that Vinson House Developments Ltd, a partnership between Trasolini/Chetner and one of my companies has now submitted another innovative housing proposal to West Vancouver. If approved, Vinson House Cottages will result in the conservation of one of West Vancouver's oldest houses, two infill cottages, and a basement suite on a large 11,550 sq.ft. Ambleside Lot.

Details can be found here http://westvancouver.ca/home-building-property/planning/major-applications/1425-gordon-avenue-vinson-house,

The staff report goes to Council next Monday April 25th and if supported, a Public Hearing will be held on May 16. If you live in West Vancouver, and are concerned abut the loss of heritage and character houses, and agree there is a need for more housing choices, I hope you will come out and support this proposal at the Public Hearing.


We are often told that Vancouver is running out of land. While the region is constrained by ocean, mountains and ALR, a more important issue is whether we are really making the best use of the land we already have. I do not believe we are.

This was the underlying theme of my recent lecture titled “12 New Affordable Housing Ideas,” which followed up on a similar lecture just over a year ago.

There are numerous ways we can create new housing sites in the region if we just use our imagination. They range from the small — subdividing corner lots for smaller, detached single-family houses — to large-scale redevelopment of aging public and social housing projects.
When you fly over Vancouver you see a lot of green and blue, but there is also a lot of grey. The grey areas include streets, rooftops, and large swaths of industrial lands.

I see real potential in building housing on top of existing apartment buildings and other rooftops. While this might seem far-fetched, it is already happening in many places. One Toronto non-profit increased the number of units by locating modular housing units on its rooftop. It’s an excellent way to conserve and upgrade older buildings, and increase housing stock.

While in the past progressive zoning bylaws separated residential and industrial development to prevent people from having to live next to noxious industry, today’s industry is very different from our grandfather’s industry. I foresee many opportunities for mixing new housing with uses such as high-tech industries, and even warehousing, storage, and other similar uses.

In response to those who might be concerned this will simply increase the value of industrial land, I would argue that as long as industrial development is maximized, does it really matter if land values rise because the sites can now accommodate new housing.

Many Vancouver architects and planners will remember a 1980s downtown Vancouver zoning policy that allowed residential development on the upper floors of office buildings, provided the amount of office space was increased. This “4+1+1” zoning provision, which allowed extra housing density in return for an additional office space, might be a precedent for future development on light industrial lands. 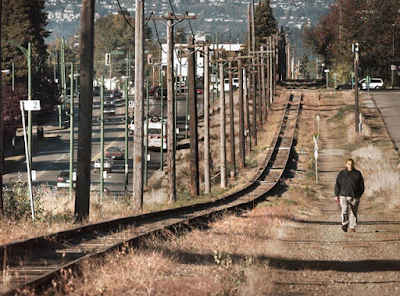 I also see opportunities to build new housing over public infrastructure such as roads and railway lines, including key nodes along the recently acquired Arbutus Railway Corridor. My talk suggested other ideas. While it’s often sacrilege to suggest that we should be building on green spaces, I know of two green spaces that should be developed for housing. The first is a berm running along Sixth Avenue that was created to protect future residents of the south shore of False Creek from railway noise. Now that the railway no longer runs, we should build new market and non-market housing here. 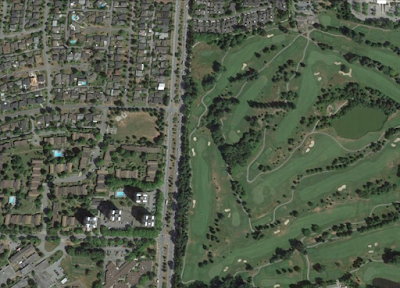 We should also cut off a strip of the Langara Golf Course, fronting along Cambie Street for new housing. This would be very feasible, without destroying the golf course. More importantly, given the new Canada Line station and land values in the area, this would make a lot of sense.

I would also like to see more housing over water, noting the desirability of floating homes. While I acknowledge these homes must not interfere with the operations of Port Metro Vancouver, there are many locations where floating homes could be accommodated. Furthermore, they may be the best solution to address rising sea levels and climate change.

As I noted in my last column, the 2012 Mayor’s Task Force on Affordable Housing included excellent recommendations on how to create more affordable housing. While the city’s chief housing officer attended my talk, he has not yet called to thank me for my suggestions.
However, I hope the city will now carry out an annual review of the task force recommendations to see how much progress we are making.

I also urge city planners to prepare an overall planning framework for the city, including new procedures to determine how we finance growth, since the current “let’s make a deal” approach to determining community amenity contributions is unfair, and adding to the cost of housing.
But that’s another story for another day.