Opinion: Which is the better city — Toronto or Vancouver? Vancouver Courier September 30th 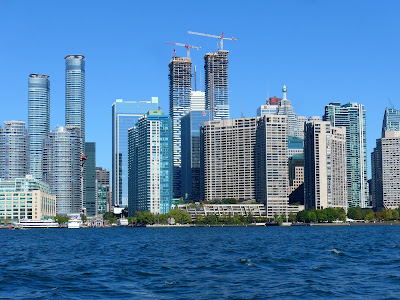 I’ve been thinking about this after recently spending five days in Toronto to attend a conference organized by Lambda Alpha International, an urban land economics society. The conference featured tours and speakers including Jennifer Keesmaat, the city’s rock star director of planning, along with housing experts, economists, local architects and planners.

For me, this was also a trip down memory lane, since I lived in Toronto for 23 years from the age of five through university and my early years as an architect and official with CMHC.

As I listened to the presentations and toured various city neighbourhoods, I realized there were many lessons Vancouver could teach Toronto. But there was also much we could learn in return.

Toronto is now a very big city. An estimated 100,000 immigrants move there annually, and now more than 50 per cent of the population was not born in Canada. While Vancouver is a cosmopolitan city, I could not get over how many people on the street and excellent public transit spoke a language other than English.

While Vancouverites are proud when we rank highly as a livable city, planner Joe Berridge noted that Toronto has become one of the world’s top ranked cities when it comes to most categories.
Pearson airport ranks along with New York, London, Hong Kong, and Mexico City when it comes to connections to other cities. Vancouver has a similar ranking to Montreal, Boston, Lisbon, and Geneva.

Toronto ranks very highly when it comes to innovation, as measured by the number of patents registered each year. It also comes fourth in Price Waterhouse Coopers’ Cities of Opportunity ranking. Only London, New York and Singapore rank higher. Sadly, Vancouver was not even on this list of 22 international cities.

Vancouver was also missing from the Economist magazine’s ranking of top cities in which to live and work. According to a Globe and Mail story reporting on the study, Toronto ranked first.
Berridge attributed Toronto’s success to its influx of immigrants, excellent universities and library system, a high standard of peace and order, and with the exception of Rob Ford’s reign, good government. The consensus seemed to be that amalgamation had worked.

However, Berridge also noted Toronto has relatively poor convention facilities, few great tourist attractions, and no new universities. Toronto’s climate is worse than Vancouver’s and our city has a more magnificent natural setting. However, this does not necessarily mean Vancouver wins the beauty contest. 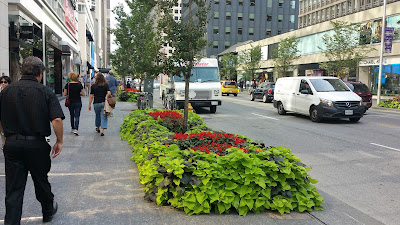 As I toured the city, I was impressed by an improved standard of cleanliness and beautiful new street planting. We were told the maintenance and planting programs are often undertaken by 82 local Business Improvement Associations (BIAs) around the city. 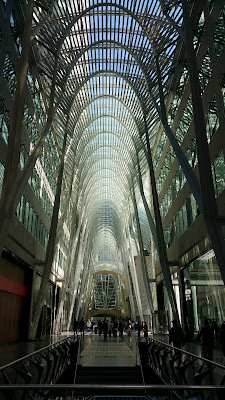 Toronto also has an expanded program encouraging the creation of POPS — Privately Owned Public Spaces. As I listened to an impressive presentation by the city architect overseeing the program, all I could think of was how Vancouver is losing many of its POPS, including plazas at Georgia/Howe and Seymour/Hastings. 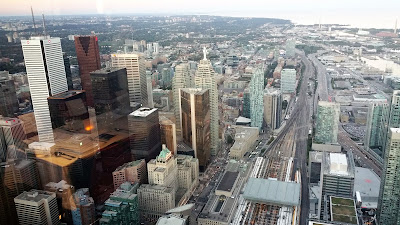 While Vancouver is planning to create new parks by removing the viaducts, Toronto is contemplating a project that would build a major new park above a portion of its downtown railway lines, comparable in size to New York’s Central Park. Other major parks have been created along the waterfront. 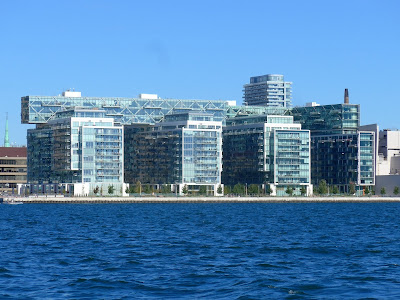 When it comes to housing, it was reported that Vancouver has 161 major condominium projects underway. In comparison, Toronto has 431. However, in the absence of new purpose-built rental buildings, 70 per cent of these new units are purchased by investors. When compared with Vancouver, I found Toronto’s buildings often too large, and much too close together.

Given a shortage of family-sized two-, three- and four-bedroom units, a major concern in both cities is where millennials who occupy downtown units are going to live when they start to have families. Toronto has therefore initiated a “growing up vertical” program to encourage larger units and child-friendly amenities in new developments. 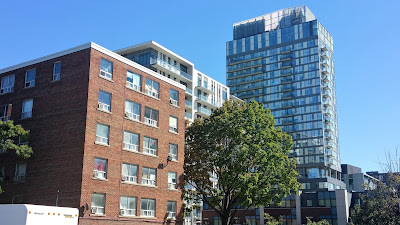