Vancouver Courier Opinion Another 10 predictions for the next 4 years! November 24, 2014


Last week I offered 10 predictions for the next four years of civic government in Vancouver.
In case you missed my column, I addressed possible changes to the electoral system, the future of the viaducts and Broadway subway, housing affordability and choices, and possible staff changes at City Hall.

Unfortunately, space did not permit me to share all my predictions, so here are ten more for the forthcoming term of office.

1.      There will still be homeless people sleeping on the streets in 2018. While many of today’s homeless will be housed, new homeless people will take their place. Fortunately, the City Manager’s office will realize it is counter-productive to place large concentrations of hard-to-house people in expensive new buildings and homeless people will be increasingly accommodated in scattered apartments throughout the city.

2.     As Vancouver residents forego car ownership in order to afford a roof over their heads, they will take more taxis. They will also increasingly use various alternative transportation services such as London style mini-cabs and Uber’s ‘ride-sharing’ service. To counter their popularity, Metro’s taxi system will be reformed to increase availability and reduce fares. Surrey cabs will no longer have to return empty from the downtown.

3.     Vancouver’s dream of a popular and cost-effective bike-share program will still be a dream four years from now because of the provincial government’s helmet law.

4.     To further protect heritage houses and compensate owners for the corresponding loss in property value, Vancouver will change its zoning bylaws to offer a modest density bonus to those who keep a pre-1940 house, which can be combined with unused density to build laneway houses and back-yard coach houses for sale.

5.     To help fund his goal of planting 150,000 new trees in Vancouver by 2020 as outlined in the Greenest City 2020 Action Plan, Mayor Robertson will announce a tree dedication program that allows residents to contribute towards the cost of planting a tree to commemorate a person or life event. A small plaque will accompany each tree. It will be a very popular program and the Mayor’s goal will be reached by 2018.

Brian Jackson, Manager of Planning and Development will recommend changes to the zoning bylaws to encourage new housing developments in the neighbourhood.  Council will also agree to review policing policies to reduce the increasing number of drug dealers openly operating on the streets.

7.     The mayor’s promise to build 1000 childcare spaces and update hundreds more will not be achieved as it is realized the combined effect of provincial and city standards results in costs well in excess of $125,000 for each new childcare space. Courier columnist Mike Howell will remind the mayor this should not be a surprise since his May 2014 story reported that 37 new spaces at the Collingwood Neighbourhood House facility cost $4.6 million.

8.     In response to complaints that too many Vancouver buildings are either grey or dull green, the City planning department will institute an Awards Program in 2015 encouraging  Vancouver architects to ‘brighten up the city’.  The awards will recognize outstanding achievements in the use of colour. By 2018 Vancouver residents will be complaining that the use of colour is becoming quite jarring and architects will be encouraged to return to grey and green.

9.     The City will not offer free parking at certain times, as promised by Kirk LaPointe. Instead it will reprogram parking meters so that evening and Sunday rates are reduced in many locations. The City will also propose that meter parking begin at 7 am, not 9 am with additional monies to be used to fund additional bike lanes. Following a public outcry City staff will agree to delay the start of meter parking until 8 am. The Mayor will thank the Courier for initiating such a valuable discussion.

10.  The Courier Opinion Page will welcome a new columnist to replace Michael Geller.

Next week I’ll write about something completely different.
Twitter: @michaelgeller

Geller: Take some lessons from London: Foreign investment: Insights to be gained when comparing housing challenges in U.K. to those of our own

As Vancouver debates measures to deal with the negative impacts of foreign real estate investment and vacant accommodation, it is instructive to see how London has been dealing with similar issues.
The price of housing in London has always been high relative to the rest of England and the world. However, during a recent trip, I learned that over the past decade, costs have increased dramatically as buyers from Asia, the Middle East, Russia and other European countries have priced many Britons out of the market. 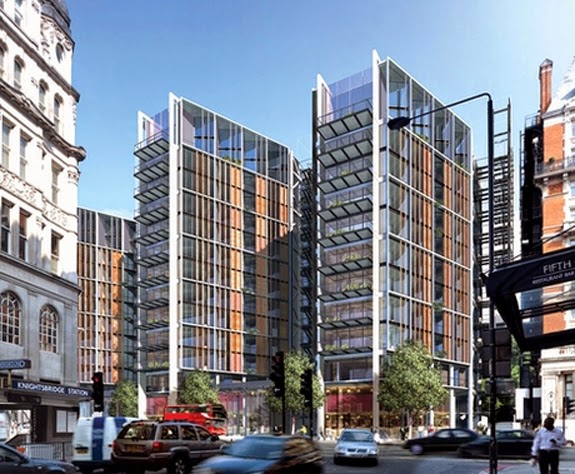 One of the most extreme examples is One Hyde Park, which began marketing in 2007 as the most exclusive address in the world. At the time, it was priced at the Canadian equivalent of about $4,500 a square foot. However, over the past seven years, the price has risen to about $12,400 a square foot.
While some buyers are the end users, other properties are being bought purely as investments and not used at all. 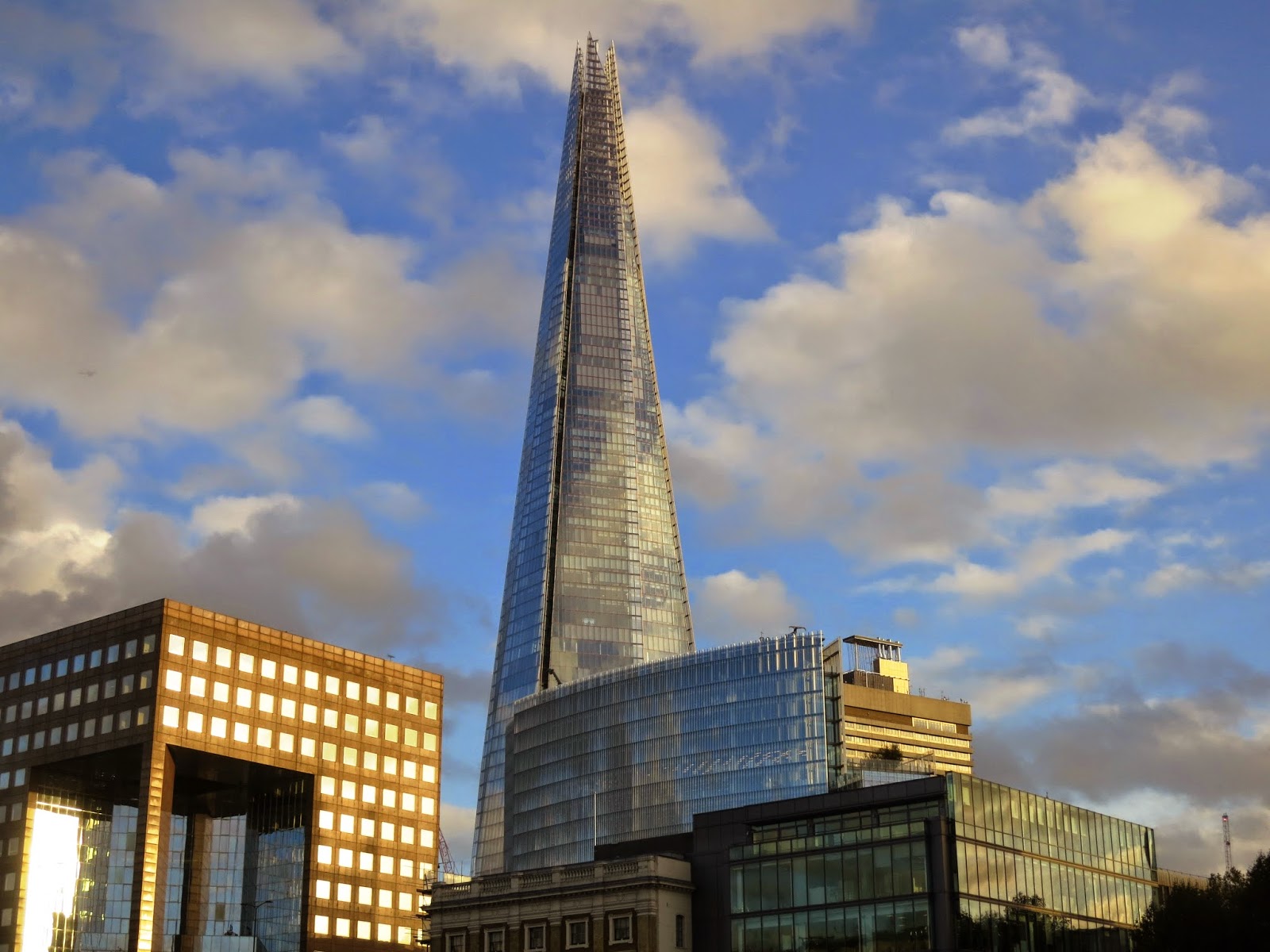 Another example is The Shard, Europe’s tallest building. Three two-storey duplexes and seven single-storey apartments on floors 53 to 65 have been priced between $53 million and $88 million each. They are currently on the market and expected to be purchased almost exclusively by offshore buyers.

To address what many consider the negative impacts of foreign buyers, earlier this year a leading right-wing think-tank called on government officials to adopt a scheme similar to one operating in Australia, which restricts sales to overseas buyers unless they add to the existing housing stock.
Such a system would mean that no existing home could be sold to a foreign buyer. Furthermore, new units could only be bought by non-residents if their investment would result in one or more additional properties being built.

It is interesting to compare foreign-owned vacant properties in London and Vancouver.
A U.K. property firm estimated that in 2013, 70 per cent of “new-build” properties in Central London went to foreign investors, while 30 per cent of London’s luxury homes worth more than $1.8 million were bought by non-U.K. residents.

During my recent trip, the newspapers were full of stories about a proposed ‘mansion tax’ being put forward by the opposition Labour Party. It would apply to homes costing $3.6 million or more and add an additional tax payment of $442 per month. However, those earning less than about $74,000 would be allowed to defer payment until they sold or died.

Echoing the position of Vancouver COPE mayoral candidate Meena Wong, the U.K. government and others are advocating that local councils impose higher property taxes on foreign investors who leave homes empty. Last June, London Mayor Boris Johnson added his voice by urging local authorities to “whack up the council tax” on houses that remain empty for more than a year.


However, local authorities can already impose a 50-per-cent tax increase if a property remains vacant after two years, but are not doing so because of the administrative difficulties in determining which properties should be penalized. Some absentee owners are avoiding the council tax surcharge by moving in a table and chair.
As Liam Bailey, global head of research at Knight Frank, eloquently put it: “The problem with measures to tackle empty homes or under-occupied homes, whether sensible or not, fundamentally comes down to practicalities. Namely, how government can actually define and then identify empty homes. The practical implications of the policy are likely to be limited.”

Another discussion taking place in Vancouver is how best to increase density in and around single-family neighbourhoods without resorting to highrises.Again, it may be instructive to look at London.
Throughout the city, one finds medium-density ‘zero lot-line’ terraced housing. By ‘zero lot-line,’ I mean each unit extends from one side property line to the other, not unlike most commercial buildings along arterial roads in Vancouver.

Terraced housing was built from the 1600s to the early 20th century throughout London. While some units were very modest, especially during the Victorian and Edwardian eras, others were quite the opposite. A glamorous Georgian end-terrace house in Cornwall Terrace Mews overlooking London’s Regent’s Park sold in 2013 for $145 million, probably the most expensive terrace home sale in history.

One of the defining features of terraced housing is the repetitive, uniform front facade and uniform height. This height can vary from two to five floors. In addition, many properties, especially during the Georgian era, had a lower level accessed from a gated front courtyard.

Today, many of the terraced units continue as single-family properties. However, others, especially larger properties, have become hotels or offices, or been divided into flats providing more modestly priced accommodation. In many instances, elevators have been added. However, other terraced housing still requires residents to climb the stairs.
As Vancouver and surrounding municipalities redevelop, I believe there are many opportunities for terraced housing, especially as a transition between higher density, mixed use arterial development and single-family neighbourhoods behind. It might also be built around parks and community centres.
Depending on the location, the front and rear yard setbacks could vary to fit in with the surrounding neighbourhood character. A lower level might be included as a separate suite for sale, or as a rental unit, not unlike the basement suite in a single-family house.

Vancouver can learn from London’s experience when it comes to both regulating foreign buyers and new forms of housing.

Michael Geller is a Vancouver architect, planner, real estate consultant and developer — and a frequent contributor to Westcoast Homes. He can be reached at geller@sfu.ca

So what did you think of the election?

While I and no doubt many of you were pleased with some of the results and disappointed with others, there is no doubt Vancouver residents were far more engaged in this election compared to previous years.

Furthermore, although the council makeup has not changed significantly, the election campaign may well change how Vision Vancouver governs over the coming four years.

On election night, I was pleased to join fellow columnist Allen Garr and Courier editor Barry Link in 20-minute-long live streaming video as we analyzed the results and discussed what might be in store for the coming term.

During the course of our election night coverage I made a number of predictions. While this can often be as dangerous as making promises, let me share 10 predictions for the coming four years.
Next week I’ll offer 10 more predictions.
michaelarthurgeller@gmail.com
twitter.com/michaelgeller
© Vancouver Courier
- See more at: http://www.vancourier.com/opinion/opinion-10-predictions-for-vision-vancouver-s-four-year-term-1.1591660#sthash.XRpkGnUx.dpuf
Posted by Michael Geller at 5:16 PM 1 comment: