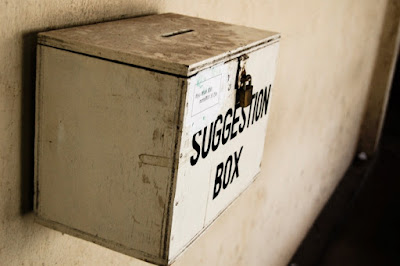 Last week the City of Vancouver announced dramatic increases for West End resident parking permits. While many local residents were outraged, I was delighted.

In September 2014, I wrote about the ridiculously low resident parking permit fees in a column that looked at a variety of parking complaints around the city.

“It is not as if residents are paying a lot for these spaces… In the West End the permit fee is $73.40. This is not per month. This is per year. Meanwhile, nearby apartment garages built at the city’s insistence often have vacant spaces since it’s so much cheaper for tenants to buy a permit and park on the street.”

While I doubt my column was the catalyst for the city’s recent proposal, it got me thinking about all the other suggestions I have offered the city in previous Courier columns.

Below are suggestions from four other 2014 columns. In some cases, the city took my advice. But in far too many, it didn’t.

In May 2014 I wrote about the loss of character homes on Vancouver’s West Side and offered a suggestion on what should be done. “Builders could be encouraged to retain older character houses by being allowed to build and sell a coach house equal in size to the unused density.”
Sadly, since writing this column, hundreds of delightful character homes have been demolished. Meanwhile, city planners advise they are studying the problem and hope to come forth with a solution in the near future. Sadly, for many other character houses, it will not be soon enough.

In June 2014, I wrote about the need for the city to take better care to keep our streets and parks clean. Of particular concern was discarded chewing gum and cigarette butts, unsightly weeds, and garbage strewn about the streets. I offered a number of suggestions:

“I would like to see more waste receptacles around the city, especially in the Downtown Eastside… and companies should install more ‘cigarette posts’ and ashtrays, especially outside transit stations, office buildings and venues where smokers gather.” To keep Vancouver beautiful, I recommended that the city embark on an awareness campaign to change behaviour. “Developers and builders should know they are expected to properly maintain properties held for redevelopment. Absentee owners should be told to arrange for gardening services.”
While we have made some progress in getting developers and absentee owners to maintain vacant properties, Vancouver’s streets generally look worse, not better than two years ago.  If you agree, I hope you will speak up, too.

In July 2014, I wrote about the unnecessary and disturbing noises around our city.
I particularly disliked car-locking remote devices that beeped, noisy automobiles with ineffective mufflers, motorcycles and inconsiderate neighbours.

Since then, the number of Lamborghinis and other noisy, expensive sports cars has increased. If these vehicle owners will not stop trying to draw attention to themselves by racing away from stop signs and traffic lights, I hope the city will ultimately do something through its noise bylaw. In the meanwhile, we will just have to give inconsiderate drivers nasty looks.

Also in July 2014, I responded to Mayor Gregor Robertson’s two promises to buy the Arbutus Corridor and Granville Island. I suggested that the city not buy the Arbutus Corridor, since the price would be much higher than the city was offering, and it could get the lands for nothing by transferring density rights. However, the city proceeded with the purchase, at more than double the price.
With regard to Granville Island, I told the city to give up on the idea of purchasing the property since it did not have the money to buy and carry out all the much needed infrastructure improvements. Moreover, the federal government was not going to sell it.

I did recommend that the city participate on a reinvigorated Granville Island Trust and contribute to effective local decision-making.

Fortunately, the mayor followed my advice and the city dropped plans to buy the property. I should add that the city manager is participating on the Granville Island 2040 Plan Advisory Board, on which I am also proud to serve.

In a future column, I’ll look at some of my 2015 column suggestions.
@michaelgeller
michaelarthurgeller@gmail.com
- See more at: http://www.vancourier.com/opinion/may-i-suggest-sage-advice-the-city-has-and-hasn-t-followed-this-year-1.2304370#sthash.msZVDWFm.dpuf 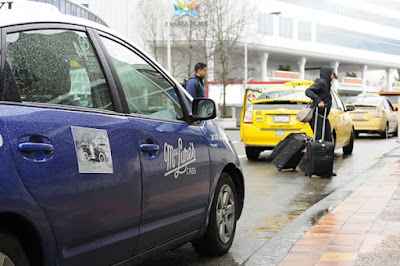 When was the last time you took a taxi in Vancouver?

If you are like most Vancouver residents, you rarely take taxis unless you are going to the airport or picking up your car after servicing at the dealership. However, if you lived in New York, London, or most other world cities, you would likely be taking taxis on a regular basis. That is because they have a ‘taxi culture.’ People consider taxis as an important means of transportation.
Vancouver does not have a ‘taxi culture.’

I first wrote about the need to improve Vancouver’s taxi service during a 2007 around-the-world trip when I had occasion to use taxis in more than 30 countries. In New Zealand a taxi from our hotel to a restaurant cost $8. The return trip, taking a similar route cost $12. When I questioned the additional cost, the driver asked if the first cab was as nice a car.
“No it wasn’t,” I replied.
He then asked if the driver was wearing a jacket and tie, like he was.
“No he wasn’t, I replied.
He then went on to explain that New Zealand had deregulated the taxi system and companies could offer different levels of service at different price levels. “Just like a plane or train,” he added.

The concept of offering different levels of service at different rates has always struck me as being very reasonable.

In Sophia, Bulgaria I remember picking up a cab at the train station to our hotel. When I asked the driver what it would cost, he pointed to the windshield where the rates were clearly posted. Having no knowledge of the local currency I got in the cab and watched the meter start to spin. By the time we arrived the fare was $23. I thought it was a lot.

That evening the hotel arranged for a taxi to take us to a downtown restaurant near the train station. The fare was $4. The return fare was about the same. When I mentioned this to the hotel manager, he told me that in Sophia taxis could charge whatever they wanted, as long as the fare was clearly posted. Most locals had the good sense not to use the cabs waiting at the train station!
I last wrote about the need to improve Vancouver’s broken taxi system in January 2015 following an SFU City Program event on Uber.

Having often waited for a cab, I was not surprised to learn Vancouver has the lowest ratio of taxis per capita of any major Canadian city, and fares are approximately 15 per cent higher.

I found it significant that not one new taxi company had been allowed to enter the Vancouver market in 25 years. Compare this with any other retail or service industry.

I have again been thinking about taxis since attending a recent Greater Vancouver Board of Trade luncheon with Peter Gall, Q.C., counsel to the Vancouver Taxi Association. The session was billed as an opportunity for the association to present its solutions to better meet the needs of the public.

For many years, the Board of Trade has had concerns about the taxi industry.  Under president and CEO Iain Black, it commissioned a paper that revealed Vancouver would need to add 1,900 new taxis just to meet what is on the road in Calgary. It went on to recommend a number of changes to the regulatory framework which would allow taxis and ride sharing services to co-exist.
While many in attendance at the Board of Trade luncheon wanted to see major changes and improvements, Mr. Gall was protective of the industry, noting that taxi drivers have invested $500 million in the 800 licenses currently in existence. Many challenged this position, noting that in other sunset industries, investors have lost out when their industry became obsolete. Just ask the owners of Blockbuster Video.
If Vancouver is to truly become a less car-oriented region, we must improve our taxi system. Hopefully, the province will pay attention to the Board of Trade’s recommendations.