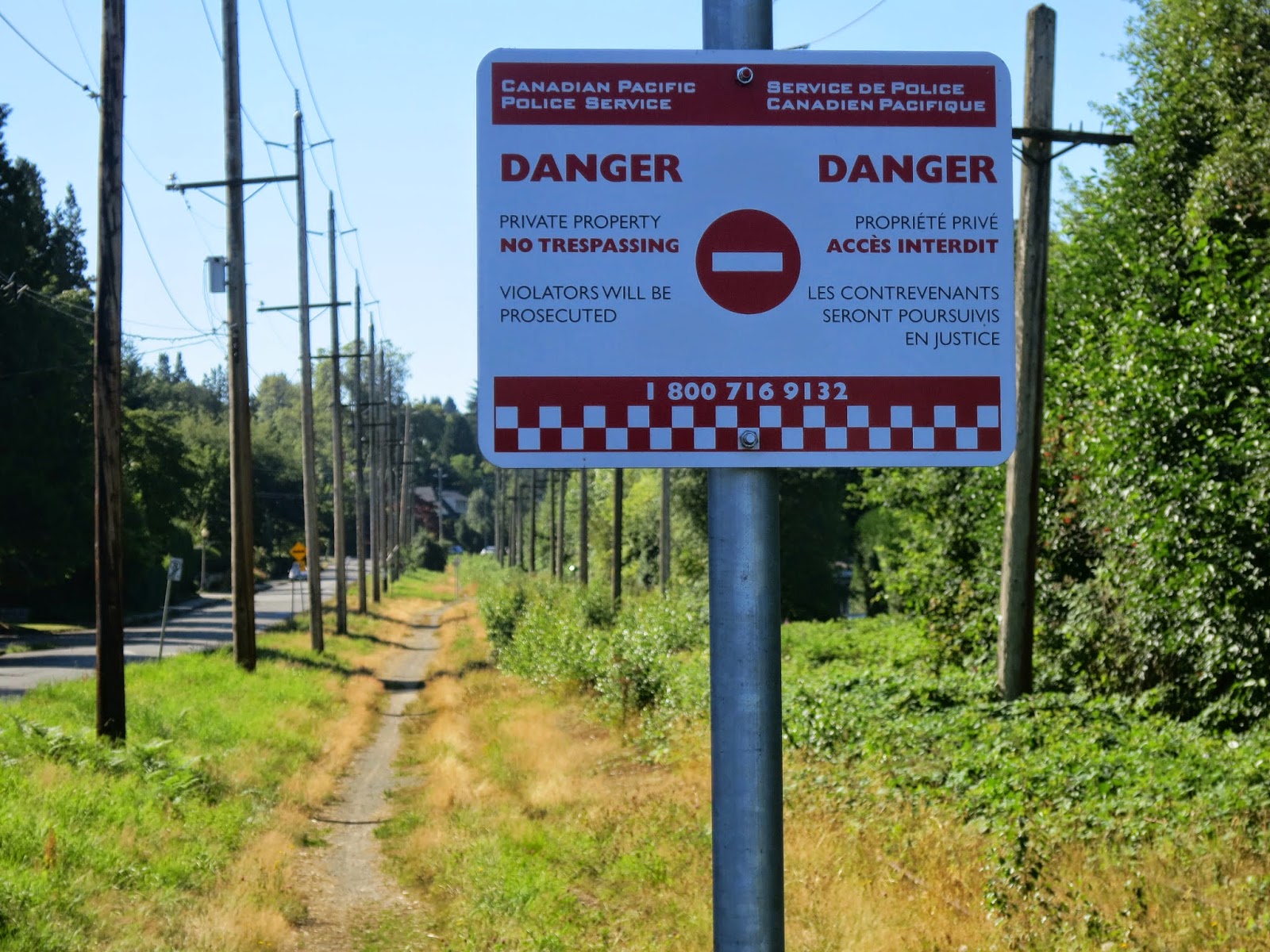 Until then, I promise not to make any further promises.
Posted by Michael Geller at 11:44 AM 1 comment:

The Land of Jericho Poses an Opportunity Vancouver Courier July 23, 2014


It is not often that I find myself in a Point Grey church hall seated between a lanky NDP MLA and former federal Liberal leadership candidate.

However, last year it was reported that the lands were being sold by the Department of National Defence to Canada Lands Corporation (CLC) a federal Crown corporation that oversees the disposition or development of federal surplus properties.

MP Murray recently met with CLC officials in Ottawa and thought some decisions were likely imminent. She therefore organized a Town Hall meeting to begin a process of community input.

I was invited to provide a developer’s perspective on the future of the property and was surprised by the turnout. Given the hot sunny evening, I expected 20 people to show up. The number was closer to 200.

The 21 hectare Jericho Garrison extends from Highbury Street westward between West 4th and West 8th Avenues. A 15.5 hectare Provincial property is immediately to the west. The current federal uses are expected to end in 2017. Portions of the provincial lands are leased for community uses until 2020.

While there are fears that the federal government will do whatever it wants with the lands since this is the federal prerogative from a zoning perspective, previous CLC projects including Garrison Crossing in Chilliwack, Garrison Lands in Calgary, and Rockliffe in Ottawa, have each gone through a planning process involving a considerable amount of community input.

However, just like the performance of your investment portfolio, whatever happened in the past may not necessarily happen in the future.

An issue related to these lands is the potential for native land claims.  However, last year it was reported there had been a business agreement between the federal government and First Nations which would allow the sale of this property.

In advance of the meeting, I anticipated many would like to see the lands become parkland. Others would worry there might be a forest of high-rises. While I told the audience development was inevitable, there would be an opportunity for community input and redevelopment could be a good thing.
Twenty five years ago I rezoned the land immediately east of the Jericho Garrison. Based on that and subsequent discussions, I know there are many Point Grey, Kitsilano and Dunbar residents ready to move out of single family homes.

Most do not necessarily want to move to UBC or downtown. Instead they would like to remain closer to home.  A planned community on the Jericho Lands could be a very attractive place to live.

I will never forget two conversations I had when I was developing the highrise at the corner of West 5th and Highbury. One was with an older gentleman who asked why we developers always made the second bedroom in an apartment so small.
When I told him it was generally thought of as a den or guest room he stopped me. “No it’s not” he said. “It’s his bedroom!”

Ever since, whenever I build a two bedroom apartment for empty nesters and seniors, I include two master bedrooms.

The other conversation was with a longstanding Kitsilano resident seeking an upper floor view apartment. Unfortunately they were all sold. She responded how ironic it was that for decades she and her husband had been active in the community fighting against highrise buildings, but now that they were ready to move into one, they couldn’t find one.

I suggested to the audience that a new community on the Jericho lands should include smaller, cottage-style detached homes, condominium and individually owned townhouses, lowrise, midrise and high-rise apartments, similar in scale to those in Kerrisdale. There should also be parks and an array of community facilities. 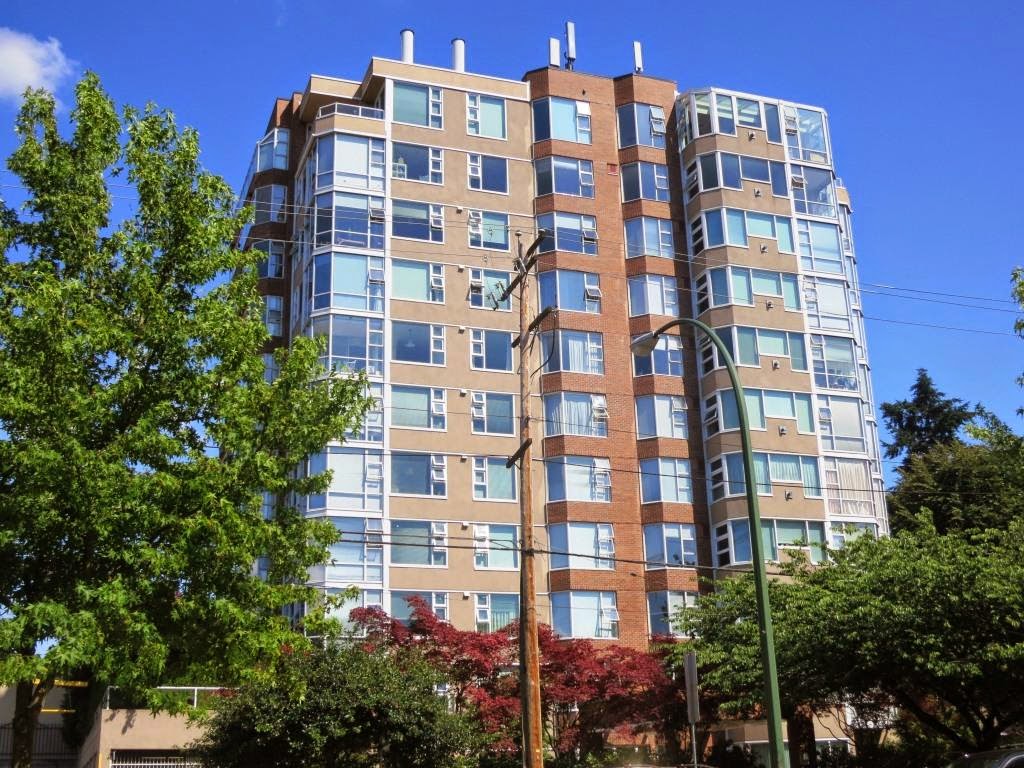 The remaining revenues from the sale of the land should be part of the federal contribution to improved rapid transit out to UBC.

Posted by Michael Geller at 6:13 PM No comments:


“You know there is something wrong when you need to consume a litre of gas just to purchase a litre of milk.”

This was one of the many thought-provoking statements I heard at a recent Canadian Institute of Planners conference in New Brunswick. The underlying theme was ‘Public Health and the Built Environment’ and it focused on the different ways community and neighbourhood design can contribute to better health.

Given the original purpose of zoning was to improve health, it is a sad irony that in subsequent years, it appears to has contributed to many of the new illnesses we face today.

Development and building codes were first written to combat contagious diseases such as tuberculosis, cholera and yellow fever. By separating noxious industrial and residential uses, and ensuring buildings had access to clean water, daylight and fresh air, city planners assisted medical professionals in curing these ailments.

Today we are seeing a rising incidence in chronic diseases such as diabetes, hypertension, heart disease, osteoarthritis, depression and cancer. Their causes are numerous and complex. However, research is increasingly showing connections between how neighbourhoods and buildings are designed, and the incidence of these diseases.

In the Greater Toronto Area, some doctors claim they can often assess someone’s health from their postal code.

Research carried out by the Heart and Stroke Foundation and other organizations is revealing that money spent on public transit and active community design will ultimately pay dividends in the form of reduced healthcare costs, all other things being equal.

Some conference speakers presented alarming maps and statistics illustrating the increase in adult and child obesity across the country over recent decades using Body Mass Index (BMI) as a measure.

Doctors will tell you there is a correlation between BMI and chronic diseases, especially diabetes in adults and children.

While BC has the lowest obesity rate of any province, it still increased from approximately 15% of the population to 20% from 2000 to 2011. Moreover, health professionals question these statistics since women often under-report weight while men over-report height!

In New York City, Mayor Bloomberg made it a priority to address community health. While his efforts to restrict the size of sugar-laden drinks are well known, what is less known is how he has promoted active living through design.

One of his initiatives was to retain Dr. Karen Lee, a Canadian doctor, to work with architects and planners in the preparation of now internationally-recognized Active Design Guidelines. He also converted roads to bike lanes, public spaces and pedestrian areas. Today New Yorkers are amongst the healthiest Americans.

There is no doubt the layout of a neighourhood determines whether you walk, bike or drive a car. While some things are obvious, such as whether there are shops or community facilities within walking distance, others are more subtle.

Slightly wider sidewalks separated by a landscape boulevard encourage walking, as do routes that include high degrees of pedestrian interest. One planner suggested we should think of a sidewalk as a room, with design attention given to walls, floor and ceiling. Ideally the ceiling is rain protection or a canopy of trees.

As I listened to the presentations I was struck by two sad ironies.

For decades architects and planners have worked hard to make buildings more accessible for those in wheelchairs. While admirable and necessary, this has had the unintended consequence of making it easier for the rest of us to use elevators instead of stairs.

If we try to use the stairs, often the doors to each floor are locked for security reasons.

Security concerns also discourage parents from allowing their children to walk or ride their bikes to school.

They could help us all live longer.