Hollyburn Mews Update as of September 7 2011 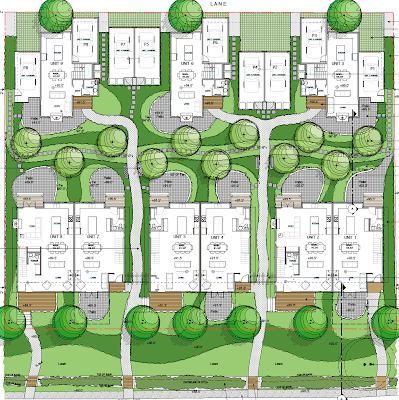 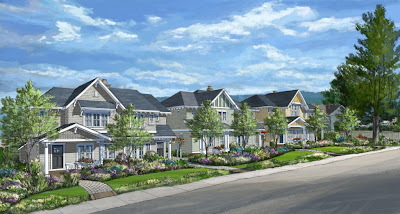 I am pleased to report that good progress continues to be made on my Hollyburn Mews 'infill' project on Esquimalt Avenue, next to the Community Centre in West Vancouver. We have now selected a contractor, Trasolini Chetner who is well known in Vancouver for its construction of high quality single family and multi family homes. More information about past projects can be found at http://www.blogger.com/www.traschet.com

I am also pleased to announce that the project will be financed by the North Shore Credit Union. It of course is well known to all North Shore residents for its community focus which is one of the reasons why it wanted to be involved with this neighbourhood project.

We are now in the process of finalizing the Disclosure Statement, without which we cannot begin the sales program. The pricing of the individual homes is also underway by Elaine Biggan and Tony Breen of Prudential Sussex who will be handling the sales for me.

The warranty provider will be WBI, an affiliated company of Wilson M Beck Insurance Services, a leader in the construction insurance and bonding industry in BC. The warranty will be fully underwritten by Royal & Sun Alliance Insurance Co of Canada.

There are two types of units available for sale: a coach house of approximately 18oo square feet which includes two levels plus a full finished basement; and a duplex of approximately 2170 square feet also with two levels and finished basement. Each home will have two 'master bedrooms' each with its own ensuite bathroom. The main level will have a large open kitchen dining living area and powder room. The basement level will be configured to suit each buyer, with space for a media or 'recreation' room, office,and/or storage and mechanical space/workshop area and small wine cellar.

Although we are not yet in a position to start selling, a list of individuals interested in purchasing a home at Hollyburn Mews is now being compiled. If you would like to be on the list, please email me.

From my discussions with potential purchasers, it is evident that there is a strong demand for well designed, new ground oriented housing in West Vancouver catering to those who would like to 'downsize' but not 'downgrade'. Currently there are no other comparable developments underway. It is unfortunate that I am only building nine duplexes and coach houses, since one duplex is already reserved for Joel Slone, the builder who started this imaginative development five years ago, and another larger duplex is also on reserve.
Everyone wants to know when construction will get underway. Unfortunately, the timing is now in the hands of the very busy West Vancouver Building Department. However, our Building Permit drawings have been submitted, and I am hopeful that a permit will soon be issued to allow the orderly 'deconstruction' and demolition of the houses and site preparation, to be followed by permits to allow the excavation and construction. All being well, work will be underway this fall and the homes will be completed and ready for occupancy by Christmas 2012.

For more details and regular updates watch this space, or contact me at geller@sfu.ca.
Posted by michael geller at 8:25 PM 113 comments:

Buying a condo? Should you get an inspection? 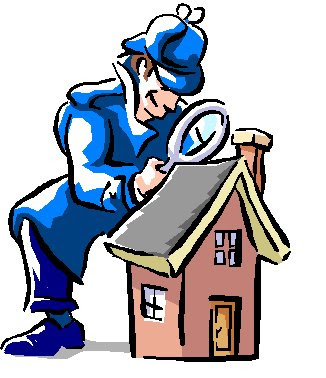 This week, one of my lovely daughters decided to buy a five year old condo in Mount Pleasant. She put in an offer and her knowledgeable realtor included some' standard' conditions including reviewing the minutes of the Strata Council, and having the unit inspected.

Since I didn't know any inspectors who specialize in older multi-family buildings, I put out a call on Facebook and Linkedin for suggested names. I received a variety of responses and upon further consideration, realized that this might be a topic worthy of a post on this somewhat neglected blog.

Firstly, here are some of the Facebook comments I received:

So now what to do?

As I thought about it, I realized that any real issues would likely lie outside the unit...the condition of the roof; the exterior wall construction; etc. Did she want to pay for someone to check out the entire building? Since it was a relatively new concrete 'loft' building form, with a 'rainscreen' masonry and metal panel exterior, I was not concerned with the potential for wood rot, or some of the other envelope problems that so many lower mainland buildings experience.

Upon inspecting the building, I noticed that it was in need of a good cleaning. However, I then found notices in the elevator that the building was to be power washed the following week. We did review the Strata Minutes and did not find any serious cause for concern. I also looked at the budget. The building is managed by Crosby Management, a large and capable firm. While I was concerned that the replacement reserve budget was modest, sadly this is the norm in British Columbia where we do not mandate higher replacement reserves which is the case in other provinces.

We spoke to some of the residents, all of whom loved living in the building. Most of the suites are owner-occupied which is often a good sign...while rentals were permitted, the number was restricted.

I contacted the developer, a friend of mine, who told me that he understood that the residents loved the building and he wasn't aware of any problems.

In the end, we decided not to arrange for a complete inspection. Hopefully we will not regret this decision. However, I do have a suggestion for everyone living in condominium buildings and those considering the purchase of a condominium.

Every Strata Council should arrange for an independent inspection of its entire building from time to time, that can be shared with suite owners and prospective purchasers. This would seem to be a benefit for everyone. While there is no doubt that such inspections would likely identify issues to be addressed, my experience is that it's better to attend to them sooner, rather than later...sort of like the Fram Oil Filter advertisement.

I would like to think that most responsible Strata Councils would do this. And if they don't, or don't want to make an inspection report available to potential purchasers, then maybe that's a building to be avoided. And if this impacts the market value of the units, then perhaps the owners will reconsider the need for a regular inspection report.

What do you think?