A July weekend in Toronto 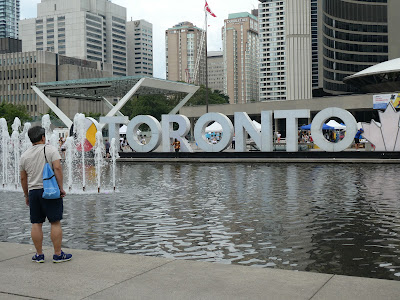 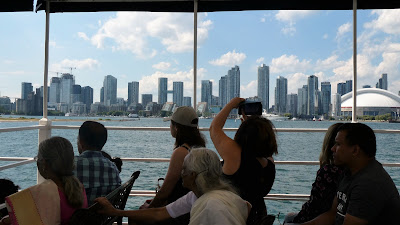 I moved to Toronto in 1952 and stayed there until 1972 when I moved to Ottawa, and then Vancouver. I returned in 1977 for 2 years during which time I managed the St.Lawrence Project, next to the market, on behalf of CMHC and assisted with the preparation of the Cabinet Submission to guide the redevelopment of  Harbourfront. 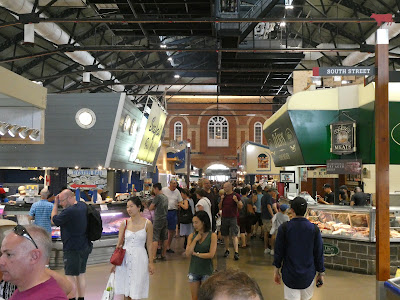 When I was involved with UDI, the Canadian Housing Design Council and other national organizations, I used to return quite regularly. But in recent years, my visits have become quite infrequent.
Last month, I returned to Toronto for a weekend with my daughter to attend a family celebration. I must confess I was quite shocked with many of the changes I discovered. While we think there is a lot of development happening in Vancouver, it’s nothing compared to Toronto.
Indeed, while attending an Urban Land Economics conference in Toronto three years ago I was told that while Vancouver had approximately 161 highrises under construction, Toronto had 431. And they haven’t stopped building. I am told that approximately 70% of these new units are purchased by investors and rented out, although, it seems that quite a few are also used as AirBNB units, which are not outlawed to the same extent it is in Vancouver.
We stayed in a very nice two-bedroom apartment downtown, and while I had to register with the concierge, and couldn't use the swimming pool, I did not have to hide the fact I was staying in someone's suite that is only used for this purpose.
Toronto is now a very big city. An estimated 100,000 immigrants move there annually, (compared to about 30,000 who move to Metro annually) and now more than 50 per cent of the population was not born in Canada. While Vancouver is a cosmopolitan city, I could not get over how many people on the street and excellent public transit spoke a language other than English.  I was also very conscious of the number of people from Africa and the Caribbean.
As I noted in a post from three years ago, while Vancouverites are proud when we rank highly as a livable city, Toronto has become one of the world’s top ranked cities when it comes to most categories.
Pearson airport ranks along with New York, London, Hong Kong, and Mexico City when it comes to connections to other cities. Vancouver has a similar ranking to Montreal, Boston, Lisbon, and Geneva.
Toronto ranks very highly when it comes to innovation, as measured by the number of patents registered each year. It also comes fourth in Price Waterhouse Coopers’ Cities of Opportunity ranking. Only London, New York and Singapore rank higher. Sadly, Vancouver was not even on this list of 22 international cities.
Vancouver was also missing from the Economist magazine’s ranking of top cities in which to live and work. According to a Globe and Mailstory reporting on the study, Toronto ranked first.
My friend and former colleague Joe Berridge (who recently authored a very good book called the Perfect City once attributed Toronto’s success to its influx of immigrants, excellent universities and library system, a high standard of peace and order, and with the exception of Rob Ford’s reign, good government. The consensus seemed to be that amalgamation of the various suburban municipalities had worked.
As I wandered around the city with my daughter I couldn't help think that while many of the changes that have occurred over the past few years are for the better, I was sorry to see that Yorkville is no longer Yorkville, and many other favourite streets are now dominated by new highrise developments.
However, I was impressed by and enjoyed some new neighbourhoods, such as the Distillery District, and greatly admired the lovely street planting throughout the city which I was told is the result of partnerships between the local Business Improvement Associations and the city.


For those who haven't been there for a while, here are a few more photos. 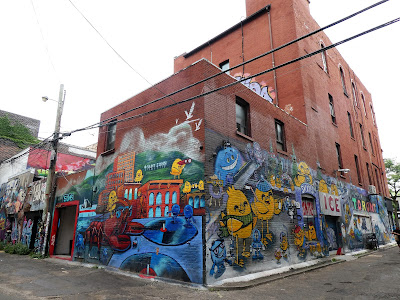 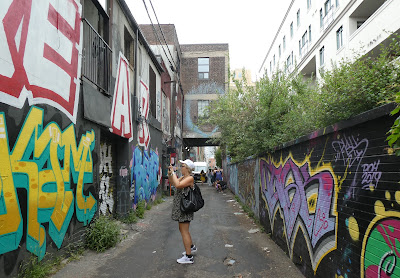 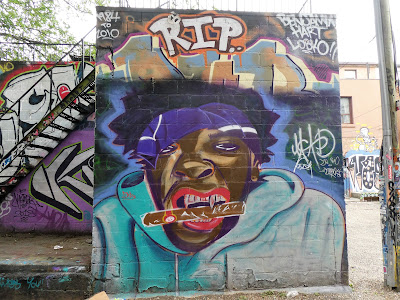 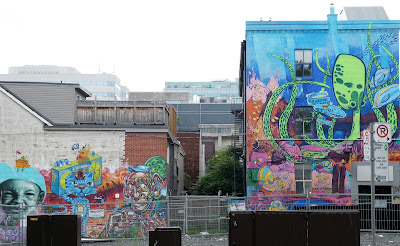 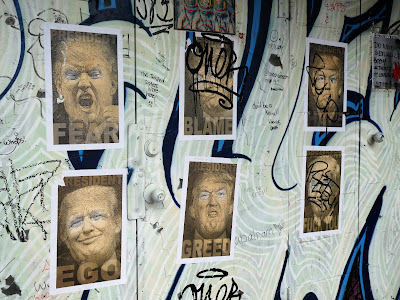 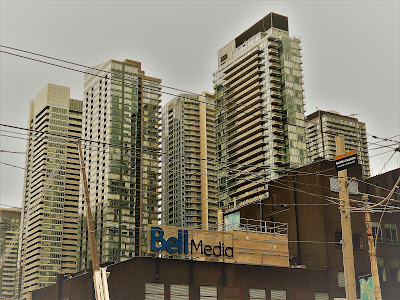 Toronto highrises tend to have larger floorplates compared to Vancouver buildings, although we are quickly catching up. 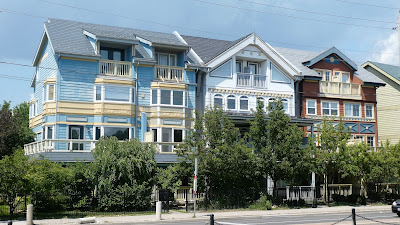 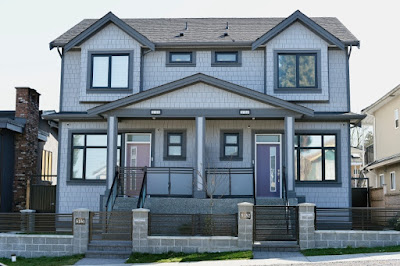 Vancouver city council’s decision to reject a rezoning proposal that would have resulted in 21 rental housing units on a large single-family lot continues to prompt much debate amongst planners and housing advocates. While some saw this as a council attack on renters or a misguided desire to protect the sanctity of single-family zoning, others recognized the unique circumstances of the proposal.
Since this decision, Mayor Kennedy Stewart has repeatedly told us we are in a housing crisis. He therefore wants to rezone other properties around the city for higher density rental apartment developments.
While I generally support these proposals, especially within the context of overall plans, there are other planning and zoning approaches that the city should pursue to increase the supply of more affordable housing. We might take some lessons from Toronto, from where I recently returned.
Although Vancouver and Toronto share similar concerns when it comes to housing affordability, there are significant differences in the types of housing found in each city, especially within the “mature ring” — those neighbourhoods outside of the downtown core but not the suburbs.
In Vancouver, these neighbourhoods are generally dominated by older, single-family houses with basement suites. Recently, these neighbourhoods were rezoned for duplexes, but few duplexes are being built. In Toronto, comparable neighbourhoods are predominantly higher density “semi-detached” dwellings.
While duplex and semi-detached dwellings each comprise two units, duplex units are both located on the same property. However, semi-detached units are located on two separate properties, joined by a common party wall.
As a result, a duplex is a form of strata development, whereas semi-detached dwellings are not. As Vancouver attempts to gently densify single-family neighbourhoods, city planners and politicians should be promoting both duplexes and semi-detached dwellings.
But they must do more.
Over the past 10 years, Vancouver has approved laneway houses in single-family neighbourhoods. This is commendable. However, laneway houses are not permitted on duplex lots.    Although Vancouver now allows legal basement suites in single-family houses, it is not well known that it also now allows basement suites in duplexes.
If the city allowed basement suites and a laneway house on a duplex lot, the result could be five, rather than three separate dwellings on a 50-foot lot, without significant change in neighbourhood character.
This brings me to a somewhat sensitive subject. While Vancouver did not allow secondary suites in duplexes until recently, there are in fact many duplexes around the city with one or more basement suites.
Yes, they are illegal. But they often provide good, safe, and affordable accommodation…. until a neighbour complains. Then, a city inspector is likely to show up and offer the homeowner a difficult choice. She can seek to legalize the situation, which usually involves a complex and expensive development permit or rezoning process, or “cease use of the unauthorized dwelling units in the basement.” In other words, she must evict the tenants.
That’s right. Even though we have a housing crisis, homeowners around the city are currently finding themselves facing this dilemma. It is not realistic for them to obtain the necessary approvals to allow the secondary suites to continue, and for various reasons they do not want to evict their tenants, despite receiving notifications from the city that they must do so.
If the units are unsafe, the tenants should be evicted.  However, in those situations about which I have become aware, the homes have been independently inspected and adequate fire safety measures are in place.
Often the properties were purchased with suites in place. Over time, they have been upgraded with new kitchens, bathrooms and fire safety systems.
The owners do not want to evict their tenants. Nonetheless, the city is demanding that tenants be removed since repairs were undertaken without all the necessary permits and the suites are not in conformance with the zoning.
In order to increase the supply of rental housing sooner, rather than later, I would like to see the city develop a new duplex zoning that allows both basement suites and laneway homes.

This would also make it easier for the city administration to then address the many safe, but illegal rental suites around the city, resulting in greater peace of mind for both tenants and landlords.