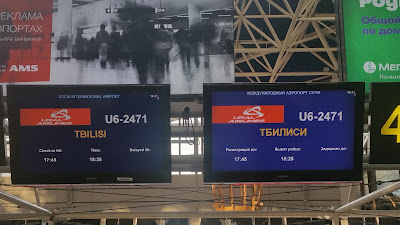 I first tried to go to Georgia five years ago from Sochi, in order to buy my daughter Georgia a sweatshirt and hat. But I needed a visa and couldn't get it in time, so I went to Ukraine instead. However, when I was invited to give a talk in Moscow on September 14th, and three others in Kazakhstan on September 25-27, I decided to use the intervening time to visit Georgia since it no longer requires a Visa for Canadians.
I initially planned to take a ferry from Sochi to Batumi, a very attractive seaside resort town, and then a train to Tbilisi, the capital city. But I was cautioned that the waters might be rough, and since my time was short, decided to fly directly to Tbilisi instead. As usual, upon arrival, it was challenging to arrange a taxi to the hotel, since the drivers were asking twice what the hotel recommended that I pay, and my Uber app wasn't working. But having no choice, I took a cab and arrived around 8 pm. 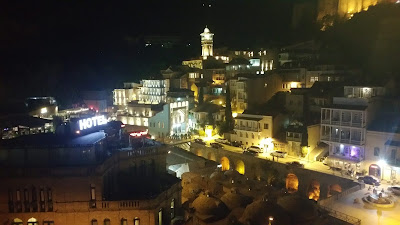 I had booked the Tiflis Palace, a hotel close to the synagogue since it was Yom Kippur. It turned out to be a wonderful choice. A small, boutique hotel in the heart of the old town. After checking in, I took a few photos from my room's balcony.
The next day I walked to the nearby synagogue, the Great Synagogue of Tbilisi. It wasn't quite what I expected. It turned out to be a Lubavitch service with many empty seats. Eventually, someone came over and asked me where I came from. When I said Vancouver, he put his hand over his stomach, indicating a large man and said "Rabbi Wineberg!"  He was right. He's the Lubavitch rabbi in Vancouver. I also walked up the street to another synagogue, known as 'The Little Synagogue'. It was full and felt more like what I was used to.
That afternoon I wandered around the old town and then did something I had never done on Yom Kippur...I took a bus tour of the town. That evening, I broke my fast with herring and a local dish that includes an egg and cheese in pastry. 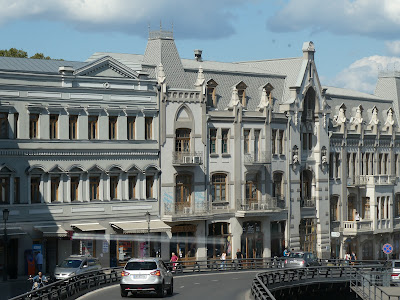 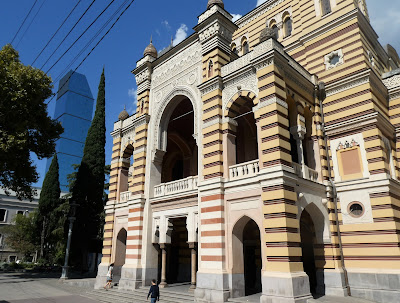 I bought a package of tours through the local hop-on-hop-off sightseeing company for $60. It included a local tour and two tours outside of the city centre. One took me out to the old capital with medieval churches and a local winery where we sampled some excellent Georgian wines. While we can buy a couple of semi-sweet varieties in our local stores, Georgian wines are bountiful and varied.
During my stay, I visited the main museum where there were some most impressive exhibits on the archaeology of the region and the history of Russian occupation.

The next day I head out to the historic capital...

As I wandered along the main street, I saw a sign leading to a Jewish Museum, hidden along a side street. Housed in a former synagogue, it had some modest but interesting displays. 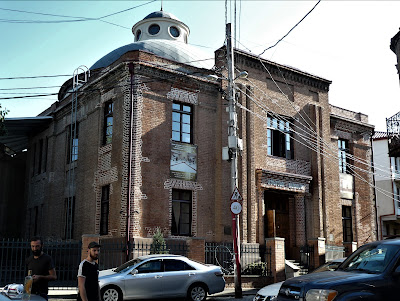 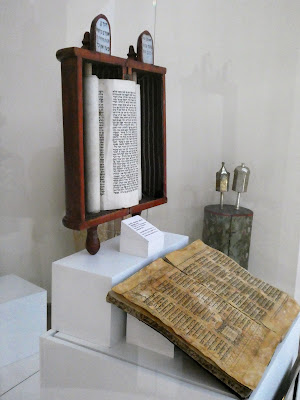 Tbilisi is a fascinating place; unlike any other city, I have ever visited. Much of it appears very poor; other parts are sophisticated late 19th and early 20th century European, while a number of large, contemporary complexes appear around the city. There's a very lively old town, with a network of pedestrian streets lined with restaurants and bars. 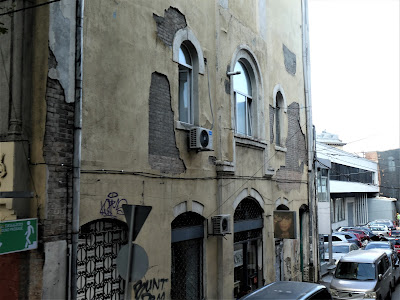 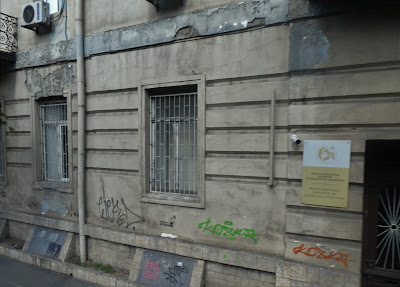 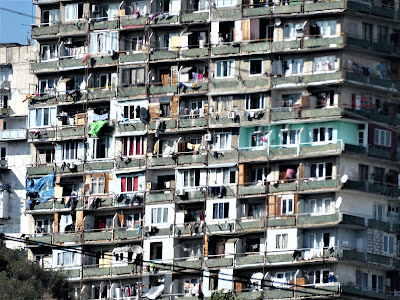 All in all, Tbilisi turned out to be a fascinating place. A bit like a small Istanbul, with a European and Asian character. But a more active nightlife, reminiscent of some of the places I have visited along the Adriatic. 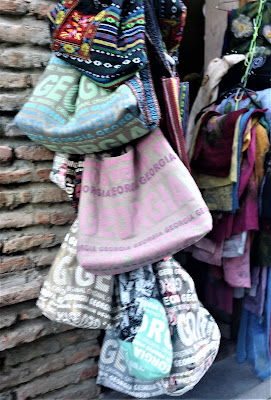 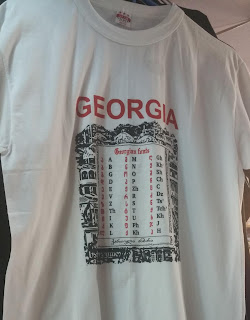 And yes, I did manage to buy some articles for Georgia before boarding an overnight train to Baku. Something I won't ever do again!
Here are some more photos. 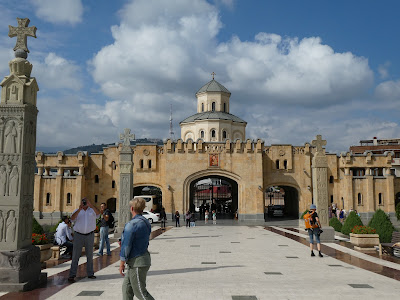 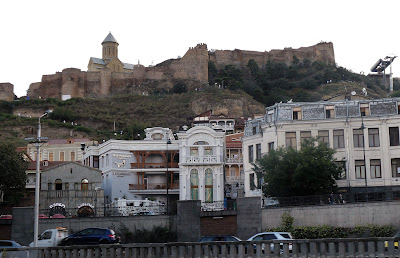 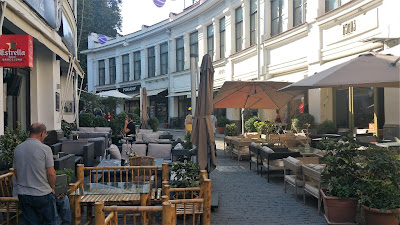 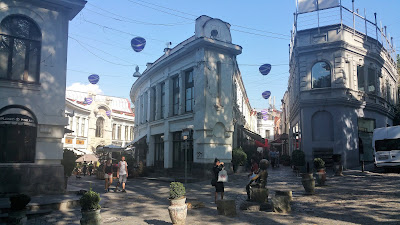 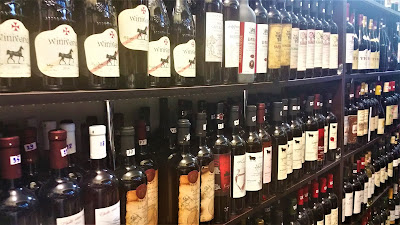 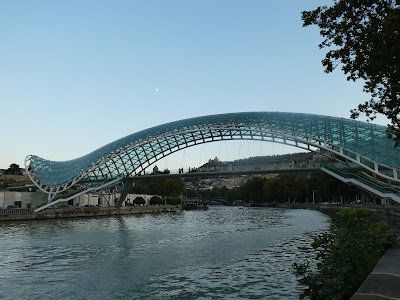 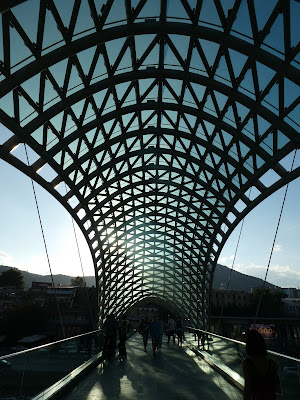 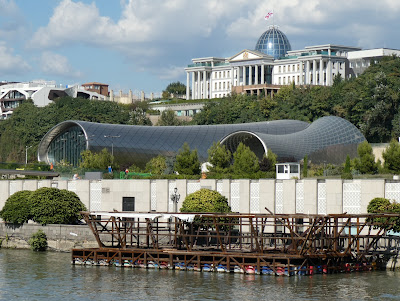 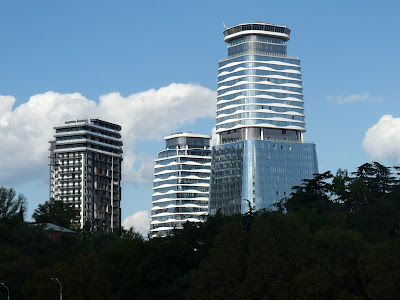 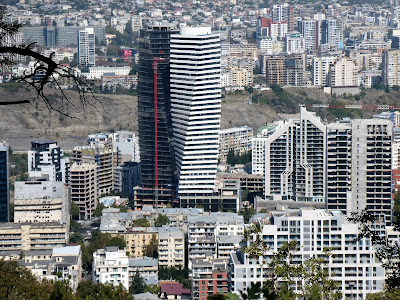 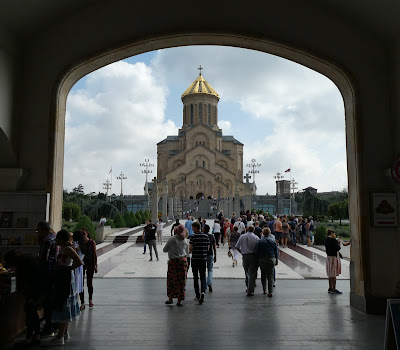 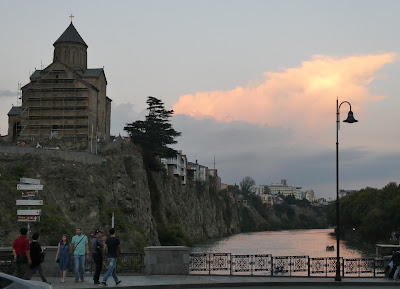 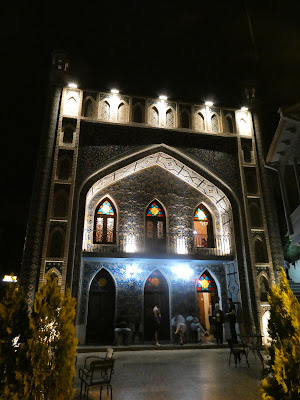 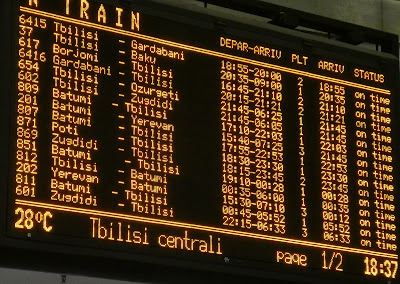 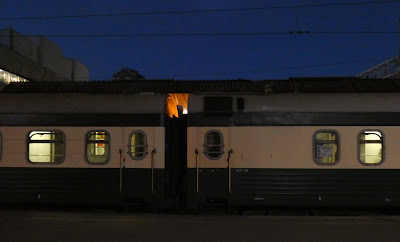