Condominiums and Depreciation Reports: What you need to know! 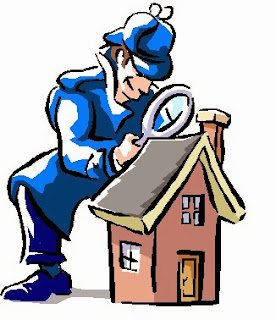 Saturday December 14th 2013 was the deadline by which about half of BC’s 28,000 Strata Corporations were required to prepare Depreciation Reports on the condition of the common areas of their condominium projects, along with a financial plan to repair and maintain the common property.
As someone who has owned and lived in condominiums, and helped purchase a condominium apartment for my daughter, http://gellersworldtravel.blogspot.ca/2011/08/buying-condo-should-you-get-inspection.html I believe this is a very significant legislative change. However, it has received little publicity and few condominium owners know very much about it.
Here is a link to the BC Government website notification: http://www.housing.gov.bc.ca/strata/regs/
Status of Changes to the Strata Property Act and Regulations
Depreciation Reports
Status: In Effect
A depreciation report helps strata corporations plan for the repair, maintenance and replacement of common property, limited common property and common assets.

There’s a lot of misunderstanding regarding this new legislation
For one thing, the legislation allows Strata Councils to opt out of preparing a report by a ¾ vote. However, I am advised by the Condominium Homeowners Association that this may not the case…while they can delay the preparation of the report by voting annually to do so, ultimately it may have to be prepared.  This needs further clarification.
To those Strata Councils who prefer to stick their heads in the sand and not learn about their building condition, I have some more bad news. I am advised that CMHC which insures loans, and some lenders have decided they will not finance mortgages for existing owners or future buyers of condominiums in some projects that have not prepared a Depreciation Report.
Moreover, while the Depreciation Reports will give a realistic assessment of a building’s condition, and may in some instances reduce the value of a unit, overall, units in buildings without reports will lekely be worth less than comparable units in buildings with reports on file.
A good thing
I believe this new requirement will be a good thing for both condominium owners and future buyers. However, I anticipate a lot of angst as condo owners, especially those in older buildings discover that their buildings are not in as good a condition as they thought they were, and are facing significant special assessments and increases in monthly strata fees.
So if you own a condominium, or thinking of buying a condominium, I would urge you to learn more about this legislation, and whether a project has in fact completed a Depreciation Report. In the meanwhile, my advice is to not buy in a building that is obligated to prepare a report, and hasn’t done so.
Finally, I anticipate other ramifications of this new legislation. Many buyers will chose to sell older units and move into new buildings covered by warranty. Also, many people will seek out alternatives to condominium living, such as individually owned 'fee-simple' row houses or smaller detached houses that are not part of a condominium. This will result in new development opportunities for innovative housing developers.

Posted by Michael Geller at 7:53 AM

Excellent piece of information, I had come to know about your website from my friend krishnan, chennai,i have read atleast 8 posts of yours by now, and let me tell you, your site gives the best and the most interesting information. This is just the kind of information that i had been looking for, i'm already your rss reader now and i would regularly watch out for the new posts, once again hats off to you! Thanx a lot once again, Regards, bob marley quotes

$$$ GENUINE LOAN WITH 3% INTEREST RATE APPLY NOW $$$.
Do you need finance to start up your own business or expand your business, Do you need funds to pay off your debt? We give out loan to interested individuals and company's who are seeking loan with good faith. Are you seriously in need of an urgent loan contact us.
Email: shadiraaliuloancompany1@gmail.com


$$$ GENUINE LOAN WITH 3% INTEREST RATE APPLY NOW $$$.
Do you need finance to start up your own business or expand your business, Do you need funds to pay off your debt? We give out loan to interested individuals and company's who are seeking loan with good faith. Are you seriously in need of an urgent loan contact us.
Email: shadiraaliuloancompany1@gmail.com

I know your ability on this. I should state we ought to have an online discourse on this. Composing just remarks will close the exchange straight away! Also, will confine the advantages from this data. Find out who was born on any day in any month in history via our calendar of famous birthdays. Includes famous, historical, noteworthy and Celebrity birthdays.