25 Christmas Quotations: some sweet, some irreverent, some in-between 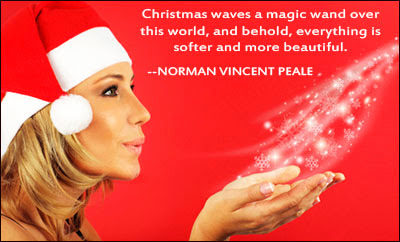 This year I was once again delighted to be invited to perform at the Roundtable Christmas Luncheon, along with Bard on the Beach's Christopher Gaze and author and CEO Ann Giardini. Last year I recited a politically correct version of T'was the Night Before Christmas; this year I offered the following quotations:

2.    There is a remarkable breakdown of taste and intelligence at Christmas time. Mature, responsible grown men wear neckties made of holly leaves and santas and drink alcoholic beverages with raw egg yolks and cottage cheese in them.

4.    Let's just say that on this day, many years ago, a dude was born who most of us think was magic. But others don't, and that's cool. But we're probably right. Amen.'

5.  Aren't we forgetting the true meaning of Christmas? You know, the birth of Santa.


6.    Christmas is the season for kindling the fire of hospitality in the hall, the genial flame of charity in the heart.'

7.    The one thing women don’t want to find in their stockings on Christmas morning is their husband.

8.    I once bought my kids a set of batteries for Christmas with a note on it saying, toys not included.

9.    The main reason Santa is so jolly is because he knows where all the bad girls live.

10.    I once had a boss who reminded me of Santa.  He worked one day a year and spend the other 364 days judging others.

12. Office parties: I'd be much more into the office holiday party if my co-workers weren't invited.

12.Anyone who believes that men are the equal of women has never seen a man attempting to wrap a Christmas gift.

13.Oh, for the good old days when people would stop Christmas shopping when they ran out of money.

14. Christmas is built upon a beautiful and intentional paradox; that the birth of the homeless should be celebrated in every home.

15.Once again, we come to the Holiday Season, a deeply religious time that each of     us observes, in his own way, by going to the mall of his choice

16.The excellence of a gift lies in its appropriateness rather than in its value.

17.This past Christmas, I told my girlfriend for months in advance that all I wanted was an Xbox. That's it. Beginning and end of list, Xbox. You know what she got me? A homemade frame with a picture of us from our first date together. Which was fine. Because I got her an Xbox.
18. Christmas is a time when kids tell Santa what they want and adults pay for it. Deficits are when adults tell the government what they want - and their kids pay for it.~
19.  For a Jewish guy, I've recorded a lot of Christmas albums.

20. What I don't like about office Christmas parties is looking for a job the next day.

21. In the old days, it was not called the Holiday Season; the Christians called it 'Christmas' and went to church; the Jews called it 'Hanukkah' and went to synagogue; the atheists went to parties and drank. People passing each other on the street would say 'Merry Christmas!' or 'Happy Hanukkah!' or (to the atheists) 'Look out for the lampost!”

22. I bought my brother some gift-wrap for Christmas. I took it to the Gift Wrap department and told them to wrap it, but in a different print so he would know  when to stop unwrapping.

23. I'm flattered you actually think I can afford the things on your holiday wish list.

24. Christmas is the time of year when people of all religions come together to celebrate the birth of Jesus Christ. 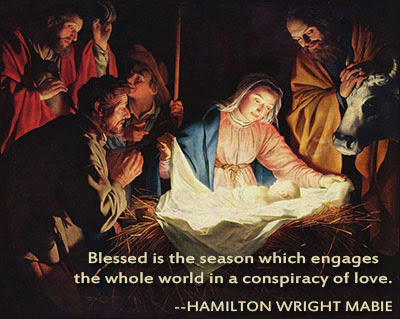 Posted by Michael Geller at 5:29 PM

Merry Christmas to You and Your Family..........! Awesome collection of Christmas Quotes

It’s difficult to get knowledgeable folks on this topic, but the truth is be understood as what happens you’re preaching about! Thanks. What are some of the cheapest places to travel to in the world? From Asia to Africa and Europe, Things to do 's got budget breakdowns for the cheapest places.