Although I had visited it briefly, and stopped by on the Thames River boats, I had never stayed there. While I planned to stay at the Four Seasons (Since Canary Wharf was developed by Toronto's Reichman family, it was only proper that there be a Toronto hotelier involved), I was bothered by their somewhat deceptive stay 3 nights but pay for 2 offer, so instead I chose the Radisson Blu, just beside Canary Wharf at Providence Pier.

While not as convenient for touring around Canary Wharf, and in a somewhat obscure location, this waterfront hotel is very different than the Radisson Hotels with which most of us are familiar. The Blu brand is a 5 star chain, as evident in Chicago where the hotel is located in Jeanne Wang's superb 82 storey Aqua building.

While now decades old, Canary Wharf is still growing with developments both on site, and in the surrounding neighbourhoods. Here are just a few snapshots. 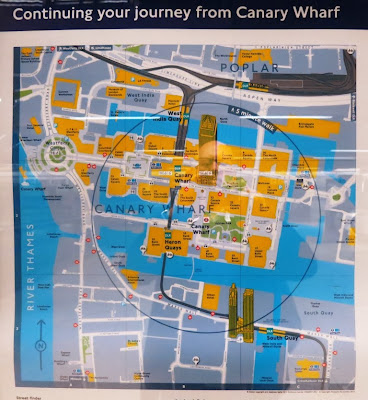 To see more developments along the Thames, you might want to take a look at this previous post. http://gellersworldtravel.blogspot.ru/2012/07/blog-post_889.html
Posted by Michael Geller at 12:40 AM