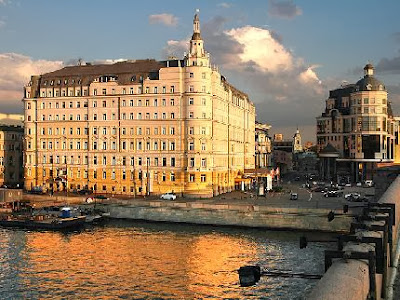 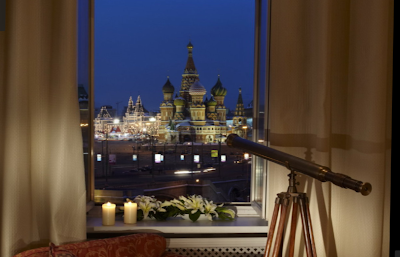 You know you’re in Moscow when you look out the window of your gracious old hotel and can see Red Square. Or the next morning, when you round the corner in your Mercedes bus you see…through the mist…the Kremlin. 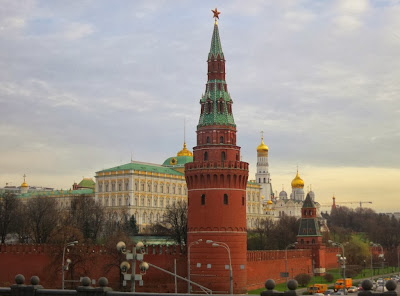 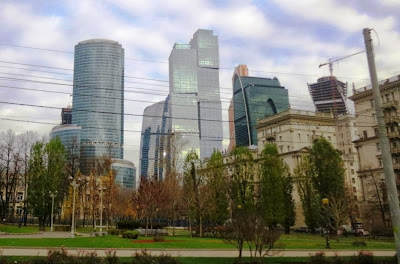 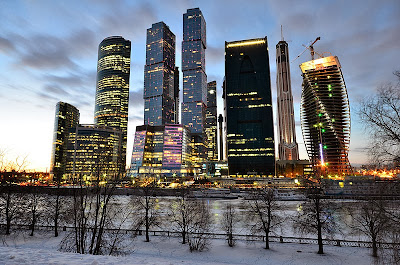 I say new since Moscow already has a financial centre in its downtown, as illustrated in these photos. However, for a number of reasons, the city has decided to create a major new financial centre within what will be a new town on 1000 acres of land, about 18 km from the Kremlin. The town will accommodate 100,000 jobs and a projected population of 33,800 people. 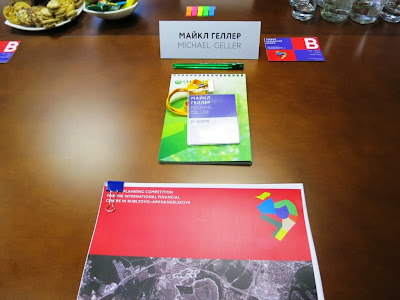 Our first day started with briefing in the board room where we each had our own place. 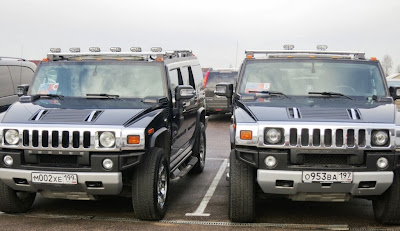 This was followed by a tour of the property. Since it is essentially a greenfield site with few roads, we travelled about in Hummers and other 4-wheel vehicles. 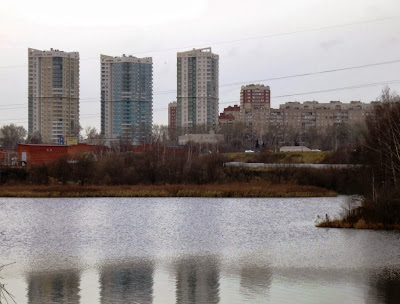 Nearby I could see new high-rises and larger single family houses. I was told that also nearby was another area locally known as billionaire’s row.

The rest of the day was spent in briefings followed by a very nice meal.

The next morning we set off for Sberbank’s head office where the jurying was to take place. Looking out the boardroom windows I got a very different view of Moscow, compared to 2007 when I was last there as a tourist about to take the river cruise to Saint Petersburg! 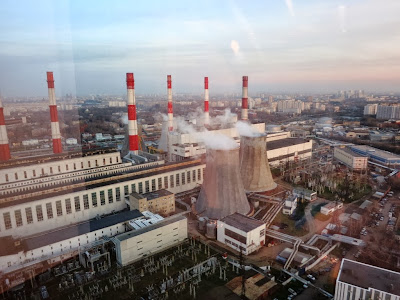 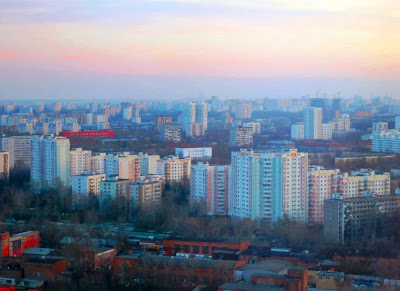 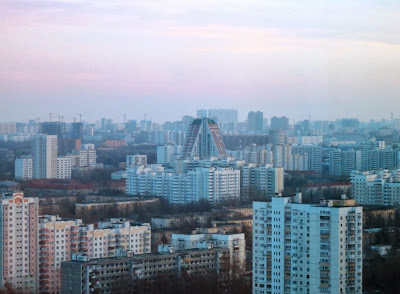 There were 83 submissions received from 22 countries and our challenge was to narrow this down to 8 teams. Each team would be awarded 200,000 euros to fully develop a comprehensive plan for the property. From these submissions, the jury would be required to further narrow down the list to 3 teams in April 2014.

I am one of five international jurors. The others are from Germany, France, UK, and Korea. In addition, there are 9 Russian jurors, including the Chairman and CEO of the bank, the Deputy Chairman, the Chief Architect for Moscow, and other highly qualified and influential individuals including Vladimir Putin’s former Chief of Staff. 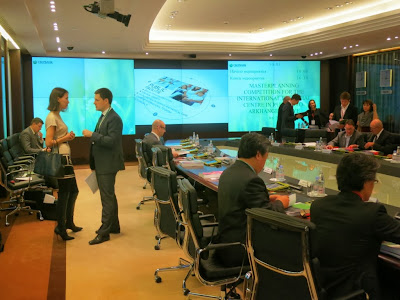 The room in which we assembled and the overall setup was most impressive. The entire end wall was a giant screen upon which all the submissions were illustrated and discussed. The deliberations were carried out in both Russian and English with simultaneous translation and were very informed. After a very full day, we successfully achieved our goal of selecting 8 teams.

Further details of the project, along with the other members of the jury and the 8 successful teams can be found at www.mfc-city.com.

The day ended with a very elegant dinner in a private hotel dining room, and of course… some vodka. 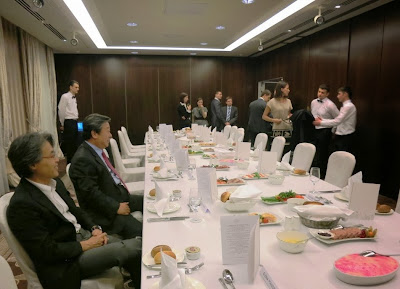 The jury will next assemble in January when we will meet with each of the teams to discuss their work to date and try to assist them in developing the best possible plans for the property.

As a final comment, when I was first appointed to the jury, many of my colleagues questioned just how influential the international jurors might be. In fact, I was astonished at just how much the other judges appeared to be interested in and guided by our comments and input.

As the only international juror with direct real estate development experience, I tried to emphasize the importance of selecting teams that will not only come up with grand visions for the property, but visions that can ultimately be implemented, rather than remain on a shelf. I know this view was shared by many of the other judges and people involved with the project. Time will tell if we will be successful in this regard.

Posted by Michael Geller at 6:39 PM