The state of rental housing and homelessness in Vancouver 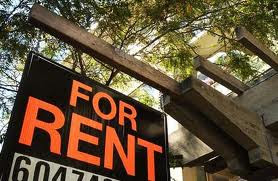 Yesterday I received a copy of a powerpoint prepared by the City reviewing the state of Vancouver's rental housing and its success addressing homelessness, Here is the link to the Strategy PowerPoint: http://vancouver.ca/commsvcs/housing/pdf/HousingHomelessnessStrategy.pdf along with a very comprehensive report on rental housing in Vancouver. It can be found here: http://vancouver.ca/commsvcs/housing/pdf/RentalHousingSynthesisReport.pdf

Data from the rental report was set out in the powerpoint presentation.

It takes at least two hours to go through the report, but since it is raining today, I highly recommend it. In fact, even if it stops raining, (and I hope it does since I’m playing in a SuperBowl golf tournament), it is worth reading.

The report was prepared by a consulting firm headed by Dale McClanaghan, (yes a former president of the NPA) with input from Coriolis, another planning and real estate consulting firm and Altus Group, which includes cost consultants, appraisers and the like. All are respected firms in the planning and economic consulting field.

It provides a very comprehensive overview of Vancouver’s rental housing stock…where it is, when it was built, its condition, the required cost of renovations and repair, replacement costs, along with policy options and much more.

I was surprised that Vision would hire a former NPA president to undertake a comprehensive housing strategy but gave them full marks for doing so…(Although I would note Dale was also once head of Vancity Enterprises and has been in the housing consulting and development business for a while).

However, when I went on-line to check some facts for this posting, I discovered that he wasn’t hired by Vision. No, he was hired by the NPA in 2008. http://www.straight.com/article-167825/city-report-proposes-60000-contract-exnpa-president

However, trying to put politics aside for a moment, the report includes some fascinating information that should interest anyone who wonders why STIR was introduced; why rental housing seems so expensive; why there are so many older rental buildings around the city and so few newer ones; etc.

One of the tables on page 16 sets out the rents for different types of rental housing from SRO’s to Single Family Rental houses. (It includes secondary suites, rented condos and single family houses). I was surprised by the high number of houses being rented out until I realized that the report uses Census Data. I suspect the single family catagory includes all those houses that have been illegally divided up into suites…(no doubt some of you live in these suites but never thought about the fact they are illegal.)

While I still need to spend more time going through the report , there is some information that surprises me. For one thing, it suggests the condition of the rental housing stock is much better than I expected. Using a sample of typical buildings, it examines the repair cost of bringing rental housing up to an acceptable standard. However, rather than set out the estimated up front repair costs, it annualizes them. This somewhat disguises just how much money needs to be spent, and what impact such expenditures might have on rents.

I think this is a very important issue, not just for the privately owned rental stock, but also for the non-profit and coop housing. My belief is that thousands of rental units need tens of thousands of dollars of repairs or the units will eventually become uninhabitable…but the money is not being spent. The non-profits/coops like Entre Nous Femmes don’t have the money and private landlords either don’t have the money, or don’t want to spend it since it may require vacating units and charging higher rents (and we all know what sometimes happens to landlords who evict people to undertake repairs…and then seek higher rents…yes, photos of their properties end up on the front pages of local newspapers, along with housing activists and politicians.

(As an aside, it sometimes seems that the landlords who want to fix up buildings and increase rents are subjected to even more criticism than those who allow their buildings to rot or possibly burn down, but maintain lower rents.)

In my opinion, the report does not fully express the seriousness of this issue.

The report also highlights the financial gap between the ECONOMIC rent, and the MARKET rent of new construction. The economic rent is that which needs to be charged to cover the capital costs, operating costs, taxes, etc.

(As another aside, I would invite readers, especially those in the housing and development field, to look at table 29 on page 95 and tell me if you agree with me that some of the cost items seem very, very odd.)

However, notwithstanding these and other criticisms, I think this is an important piece of work, and one which helps explain the housing affordability challenges facing our city. As more and more people need rental housing, the cost of producing it is going through the roof, if you’ll pardon the pun. Sadly, there is inadequately zoned land to accommodate the required housing, and I suspect that we are going to have to be much more innovative in figuring out how to produce more new units, how to repair the existing stock, and how to address the related problems of homelessness, which of course come with a lot of related issues including dealing with mental illness, drug and alcohol addictions.

But that’s another story.

Posted by michael geller at 8:03 AM

Michael...what are your thoughts on the fact it only covers Vancouver proper and not the metro area in thinking about affordability.

Yes, some people in Vancouver city pay a lot in rent (or even mortgage payments), but they could pay less if they moved to Burnaby or Surrey, for example.

This document doesn't acknowledge that choice. Or that some people might live in Vancouver because they can avoid car ownership (which is very costly) and therefore paying 40% of income on housing is actually cheaper than 30% but needing 2 cars.

Otherwise, I agree it's a document with lots of good information. A great resource.

Wendy, these are good observations. I understand that Metro has completed its own comprehensive review of rental housing and a new strategy, and hopefully it will be available for public review and discussion. As for living in the suburbs without a car, it is certainly getting easier, but you are right, it's much easier in 'the city'.

Another example of a great report that will be impossible to compile in a few years because the Conservatives are scrapping the mandatory long-form census.
*sigh*

There are several service providers that are not genuine.
Mobile Broadband Connect 5 GB give users the ability
to access 5 gigabytes of data through a phone tether or phone-based hotspot.
For a video to rake in this many views,ever, much less in a few days,is historic.

Great article! That is the type of info that are supposed to be shared around the net.

Shame on the search engines for no longer positioning this submit upper!
Come on over and consult with my website . Thanks =)

Hi! This post could not be written any better! Reading this post reminds me
of my good old room mate! He always kept chatting about this.

I will forward this write-up to him. Fairly certain he will have a good
read. Thanks for sharing!

I don't know whether it's just me or if perhaps everybody else experiencing problems with your blog.
It looks like some of the written text within your posts are running off the screen.
Can someone else please comment and let me know if this is happening to them as
well? This may be a problem with my browser because I've had this happen previously. Thanks

Magnificent beat ! I wish to apprentice while
you amend your site, how could i subscribe for a blog website?
The account helped me a acceptable deal. I had been tiny bit acquainted of this your
broadcast provided bright clear idea

My husband and I have been struggling getting pregnant and now it seems I need invitro, which costs a lot of money. So we have tried to get loans but our credit is so bad from years of financial struggle.We are now in a better place financially but unfortunately our credit did not reflect the income that we now are blessed with.I was reading on a blog recently and I saw that credit brainiac may have a way to help raise my credit. But how else would I be sure of that than to hire him for help, which I did. Now I am the happiest woman on earth because this credit brainiac fixed my credit and raised my score from 525(unfavorable) to 782(excellent). Can you imagine that? He's a blessing to my family....He can be reached at Creditbrainiac.repair @ gmail . com.

You can order for youtube services on https://www.ytbuyviews.com and get fast youtube views ,subscribers ,likes and comments

Hello guys a great opportunity for all of you. If you want youtube services like quick subscribers and views then you can order for social media services on https://www.ytviews.in and you will get complete support and guarantee

This website certainly has all the information I needed about this subject and didn’t know who to ask. YouTube Views Buy

I really love seeing websites that understand the value of providing a quality resource for free. purchase youtube views.

It is imperative that we read blog post very carefully. I am already done it and find that this post is really amazing. best site to buy real Instagram followers