L’Eixample and its Corner Cut-Offs 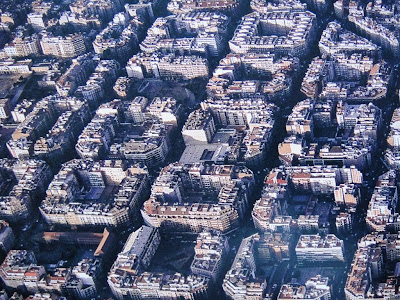 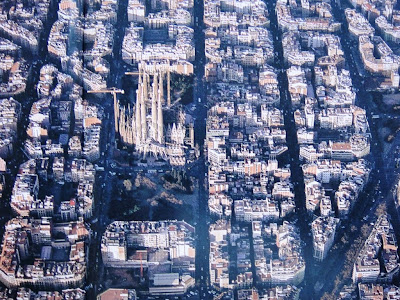 L’Eixample means ‘the extension’, and in the mid-nineteenth century, this neighbourhood was planned to be Barcelona’ new ‘suburb’, extending beyond the crowded medieval city. As evidenced by these photos, it was a planned suburb, designed by the architect and planner Ildefons Cerda. I read that the original plan contemplated numerous planned green spaces. However real estate pressures filled many of them with buildings. Today, all of the area has been built out with mid-rise buildings, generally between five and ten storeys. Some green spaces remain, often ‘linear parks’ filled with children’s play areas, adult play areas, and passive seating areas.

Near the centre of L’Eixample is Gaudi’s famous cathedral La Sagrada Familia. While it is most impressive, for me, a most interesting planning concept in L’Eixample is the architect’s decision to require that every building have its corner cut-off at every intersection. As a result, the intersections are much more open, and when adorned with sculptures and other special features, they become plazas and public places. I must confess, this is the first time I have ever encountered this planning idea, but I think it is one worth emulating, especially in higher density neighbourhoods.

In addition to the corner cut-offs, it is worth noting that there are a number of significant ‘diagonal’ streets, one of which is called the Diagonal Street. The development of the area happened around the same time as the ‘Modernista’ period, and so many of the buildings in the area are Barcelona’s best examples of this style of architecture. Here are some more photos. 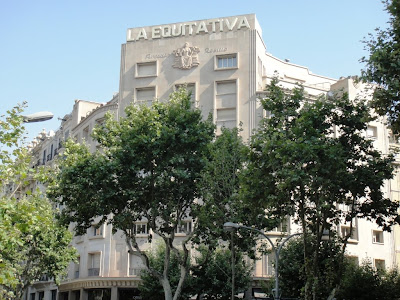 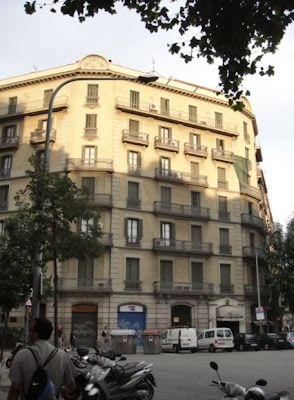 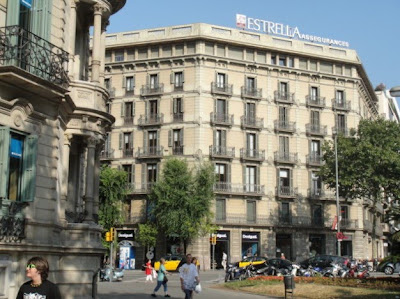 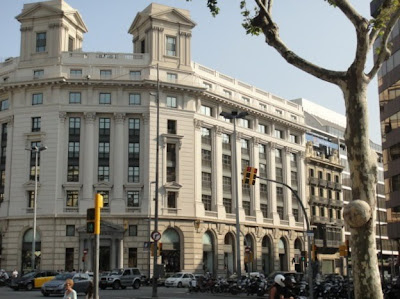 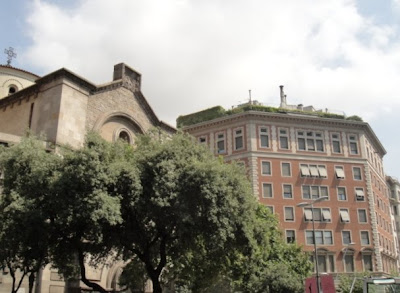 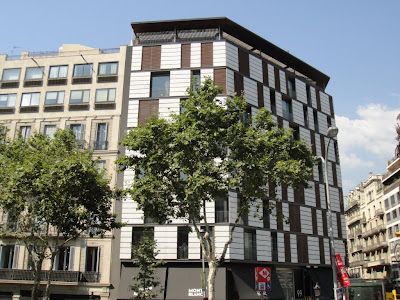 I loved the corner cut-offs in Barcelona. Often they would have a cafe/bar or a restaurant or even several, with tables out on the extended sidewalk space. Brilliant way to expand outdoor seating without crowding sidewalks.

A new concept to me but if it can expand sidewalk space expand out door seating its a novel idea. Michael wonderful photographs....thanks for sharing

I'm not sure if you meant to suggest that Antoni Goudi was responsible for L'eixample's distinctive street grid. 2009 was the 150th anniversary of the City approval of the plan -- credited to civil engineer Ildefons Cerdà -- in 1859. Goudi was something like 7 years old at that time.

Michael - Tis is where we spent a lot of our time and in part (Gaudi was the other reason) because of the very walkable streets and open intersections. I hadn't specifically noticed the corner cut offs, but you do notice how dramtically larger the intersection spaces are from Vancouver.

Another thing that made such a difference was the large sidewalks everwhere, especially on Passeig Gracia. it reminded me of Chicago's Miracle Mile (?) and hopefully somehing Granville Street is turning into with its recent changes.

Frank, no, I hope I didn't give the impression that Gaudi had anything to do with L'Eixample...I just checked and I think I have his correct name in my post...but mthanks for your comments.

Of course! On second and more careful reading your meaning is clear Michael.

Enjoy your travels.... the reds from the Bierzo region are also very nice and don't forget the Cava.