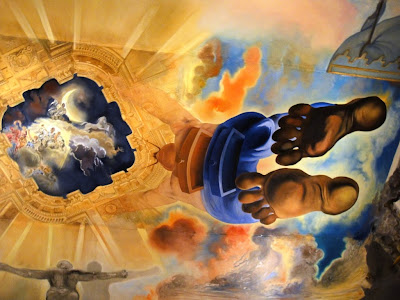 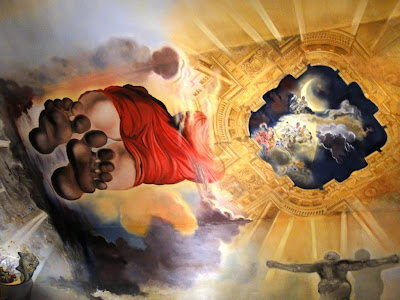 Since Frances Bula has described the new Casino project in Vancouver as 'Daliesque' I thought I would post a few photos of some of Dali's projects on the Costa Brava.

Like most people of my generation, I grew up with a few Dali posters in my room. But I did not really know much about the artist until this past week when Sally and I did the ‘Dali Triangle’, which consists of ‘Castell de Pubol, a mansion he bought for his wife in Pubol; his home in Port Lligat near Cadaques where he hung around for years; and the Teatre-Museu Dali in Figueres, the town where he was born.

After visiting all three, we have a new appreciation for the man. We still think he was mad, but he was a great artist, whose work included many different styles. 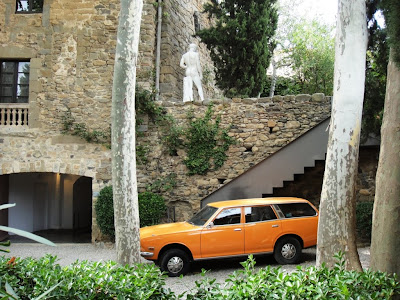 A few highlights: the place in Pubol still has his wife’s car in the garage…a black caddie. And outside of the garage is parked his car…an orange Datsun. Yes, he drove a Datsun…now why doesn’t Nissan feature that in any of its ads? 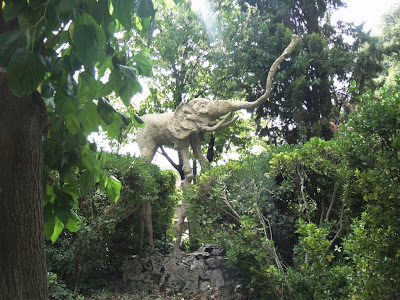 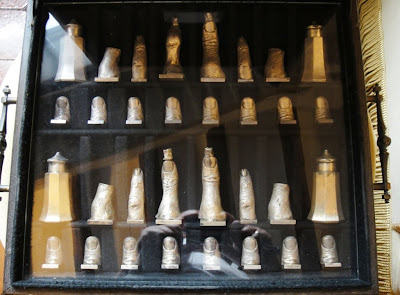 Also in the garden at Pubol were the elephants with the giraffe’s legs, his wife’s collection of dresses, a chess set made of fingers, and bits of fingers, and a rather ordinary kitchen. 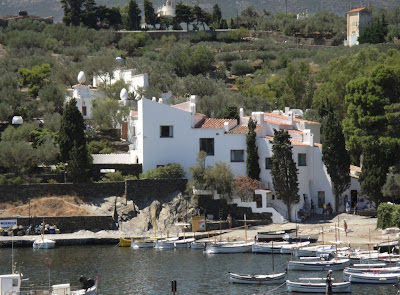 Unfortunately, we couldn’t get inside his home in Port Lligat, since you need to reserve in advance. However, we walked around the property that was once a modest fisherman’s house and is now a white painted extended property with a magnificent setting. It is not ‘over the top’, although according to the book which describes the house, there are a few very special rooms.

However, the third point on the triangle is ‘over the top’. The theatre-museum is absolutely outstanding…bizarre is not the word. It’s more than bizarre, with eggs on the roof and bears; well they look like bears, attached to the exterior walls. The story goes that Dali was asked by the Mayor to donate a painting, and he responded that he would do more…he would donate an entire museum. So in the 1960’s he started the process to renovate the burnt out municipal museum where he had his first exhibit in 1919….at the age of 14! 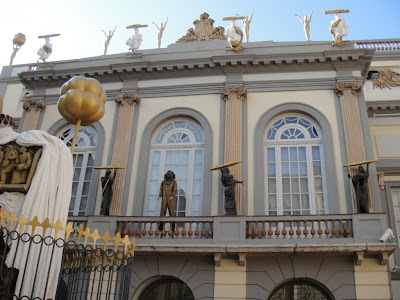 He started by commissioning a Buckminster Fuller dome, and during the 70’s and 80’s the museum expanded until his death in 1989. Not only does the museum contain an incredible selection of Dali’s works of art, the museum itself is an incredible work of art…with another car, an old Cadillac convertible, in the central courtyard.

After his death, the museum continued to be expanded and improved and today it is the ‘theatrical dream’ that Dali hoped it would become. Here are some pictures. 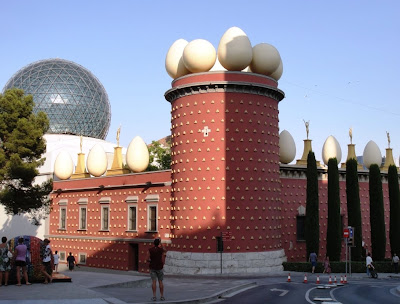 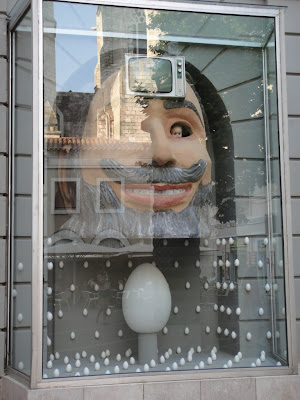 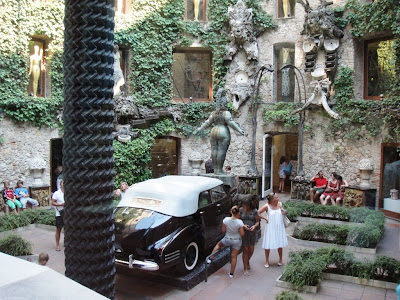 wonderful, thanks for going to the effort of posting all this...will search for the Bula column now.

My day is better for having spent time on this.

wonderful, thanks for going to the effort of posting all this...will search for the Bula column now. My day is better for having spent time on this.

I've got some suggestions for your blog you might be interested in hearing. Either way, great blog and I look forward to seeing it grow over time.
Visit my web page - business opportunity magazines directory