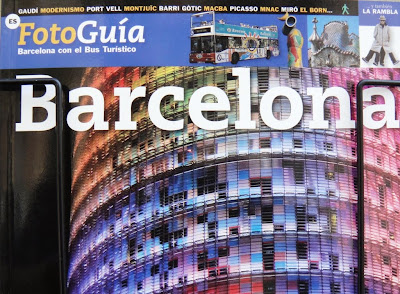 Travelling around Barcelona, I was very taken with the older buildings, especially those in L’Eixample. However, the city has some aggressive new architecture and a few other sights that I found interesting. 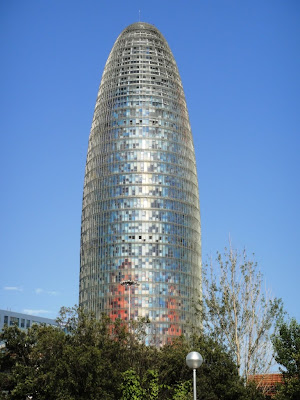 One of the most dramatic new buildings is Jean Nouvel’s Torre Agbar, which at first looks like London’s gherkin. However, this one has a very creative coloured skin that glows at night. Richard Rogers has a couple of projects including the renovation of what appears to be a historic stadium. There are also some very adventuresome new glass buildings where it is evident that the structural engineer was allowed to strut his (or her) stuff, and an interesting fenestration pattern on the new Pullman Hotel. 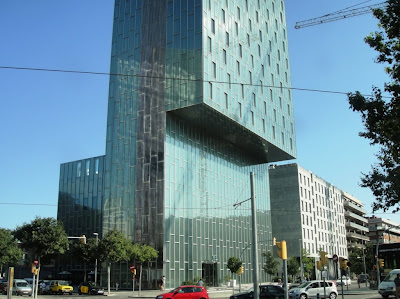 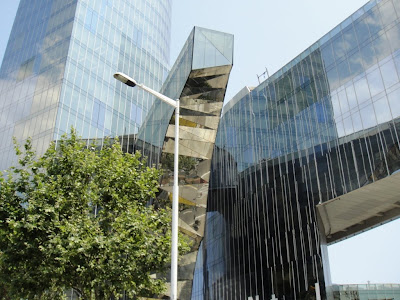 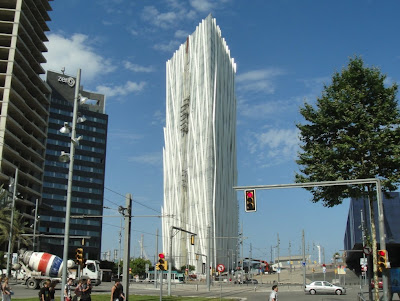 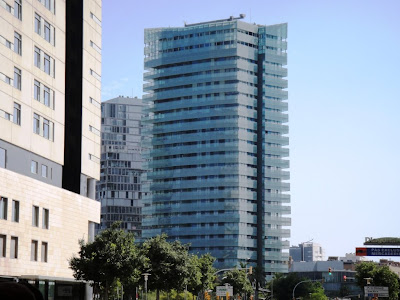 Barcelona is famous for its approach to garbage management, a hot topic in Vancouver these days. Since most areas do not have back lanes, one sees assemblies of large coloured and sealed garbage containers lined along the street. 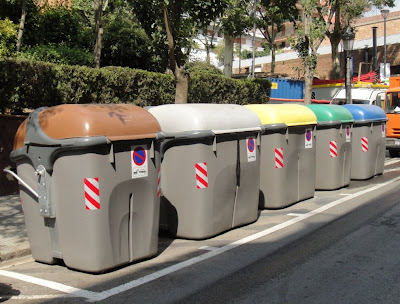 They certainly are more sanitary and attractive than our dumpsters. A portion of the city has a pneumatic collection system. I learned about this in Vancouver from a Swedish pneumatic garbage system salesman, who mentioned that he had installed Barcelona’s system. I do not know much about it, but given the challenges of narrow streets and no back lanes, it makes sense. 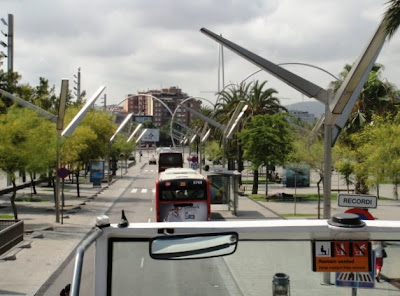 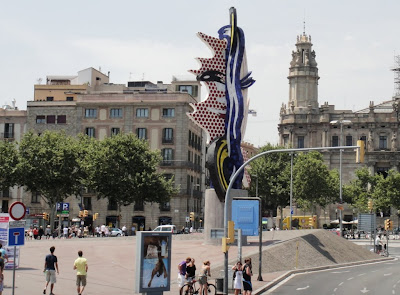 Barcelona has a tradition of public art and sculpture, and some of the newer works are very impressive. I particularly enjoyed Roy Lichtenstein’s piece along the waterfront, although others are less successful. At least they try. The old and new streetlights are also noteworthy.

It was interesting to see that some of the newer apartment buildings are looking a lot like new apartment buildings in Metro Vancouver. The one difference is that buildings here generally have metal shutters to block out the sunlight. I did notice some elaborate sun louvre systems, and some solar panels, but not as much as I would have expected, given the amount of sunlight in the area. 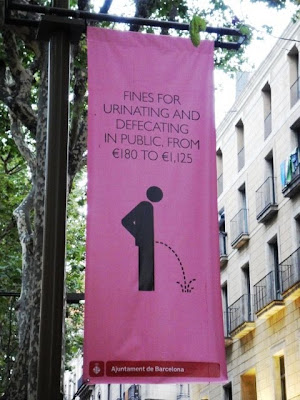 On the ground, I noted that efforts are being made to reduce public urination and the mess from dogs. Another thing that I noted, that I would like to see in Vancouver is painted traffic boxes at intersections, which you do not enter. Otherwise, you face a large fine if caught. This is a traffic management measure that I intend to promote as soon as I return to Vancouver. 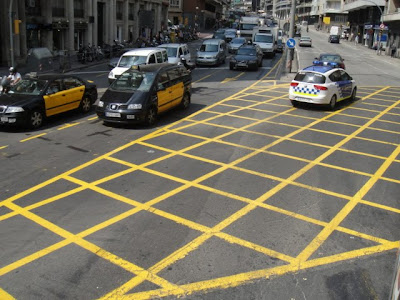 Did you get to see Gehry's Peix (fish)? It really stands out if you go to the main beach. It's 177 feet long, apparently, and shimmers in the sun like fish scales.

You can browse different websites and get information about the colleges or institutes which offer these courses. Hospital Nursing Assistant Cna Jobs Huntington Beach Ca You can find out which brands are durable by checking reviews on online sites selling the garments.

Thanks for the information. Very interesting to know the city

Thanks for the information. Very interesting to know the city

I like the way you write it. Very interesting is what you write. It's nice that I found this blog.
regards, https://easy-surfshop.com

So interesting!I traveled to Barcelona and I loved the city!I'm hoping I can come back

You have written this article in a very beautiful manner and thanks for sharing. It felt nice to read this.