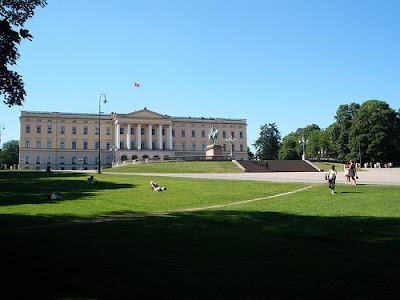 On Friday afternoon, I was pleased to join Councillor Suzanne Anton at a reception organized by Stein Gudmundseth, the Honorary Consul of Norway for Norwegian paralympic athletes. In attendance was the Princess of Norway, a very beautiful thirty something woman named Princess Marta Luisa.

Upon being introduced to her, I had to tell her my story. I once slept on her front lawn.

It was 1969 and my friend Eli Harari and I were touring Europe. Eli had taken our little NSU Prinz 30 up the Norwegian coast to visit the fjords, and worrying that the car wouldn't make it, I decided to stay in Oslo for a while on my own. Each night I would go to a bar or club to find someone who could provide me with a place to sleep; however, one night, I was unsuccessful.

After wandering around the city, eventually it was time to find a good place for my sleeping bag. I saw a large park, and decided to hop the decorative metal railing and went to sleep.

At about 4:30am I was awoken by a soldier in full military dress, pointing a rifle and bayonet at my neck. He said something in Norwegian but I didn't understand. I pulled out my British Passport and he then said, "You can't sleep here. This is the palace". He then escorted me off the grounds. As I left, I took a photo, to remind me of the event.

Never in my wildest dreams did I expect to be telling this story 40 years later to a resident of the palace!

The Princess was very graceful and invited me to come back to Oslo in the summer. She said the Palace is open to the public and I can see inside. But she didn't invite me to sleep over.

Thank you Stein, Suzanne and Princess Marta for a wonderful opportunity to re-live a memorable episode from my past. 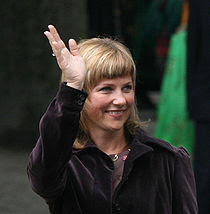 Posted by michael geller at 7:43 AM

There is certainly a great deal to find out about this
subject. I like all of the points you've made.
Review my web page ... http://skinnybabes.Thumblogger.com