Prefabricated Housing is ready for another look 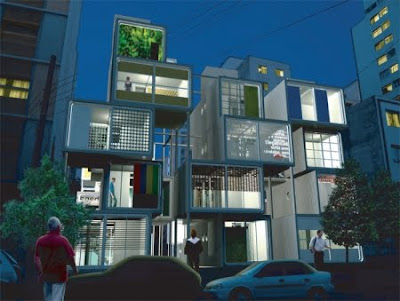 When I was studying architecture in the 1960s, I was fascinated by a group of British designers, Archigram, whose fantastic architectural concepts questioned the form and function of city and building design and championed new technologies and materials, especially prefabrication and plastics.

Two of their most famous projects were Plug-in City, a giant mega structure with relocatable prefabricated modules, and Walking City, which included 40-storey self-contained buildings with telescoping legs that could move around the world.

I thought about Archigram earlier this month while judging an international design competition, for a 400-square-foot prefabricated home.

Prefab 2020, organized by Architecture for Humanity Vancouver, a not-for-profit society and sponsored by Azure, a Canadian art and architecture magazine; Interior Design Show West and the Architectural Institute of B.C., the competition attracted 285 teams from 26 countries.

Other jurors included Oliver Lang, an award winning architect and a former architecture professor at the University of B.C.; Maged Senbel, a teacher at the UBC planning school and associate at Studio Senbel Architecture + Design; Kristina Lee Podesva, most recently artist-in-residence at Langara College; and Duane Elverum, an Emily Carr University professor.

Submissions ranged from the provocative -- cantilevered modular housing above city streets -- to the practical -- prefabricated modules as infill housing -- to the outrageous. ''Para-site'' attached housing pods to the exterior walls of buildings. Hummer Home demonstrated how to construct housing out of Hummers. 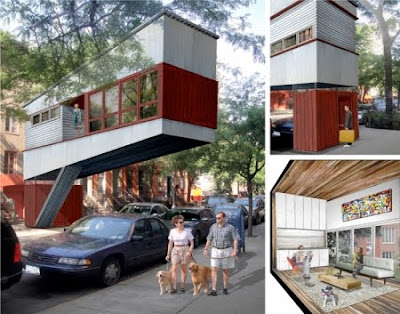 According to Linus Lam and Patrick Chan of Architecture for Humanity Vancouver, one of the goals of the competition was to demonstrate that prefabricated housing need not look cheap or ugly, and thus overcome the social stigma associated with it. 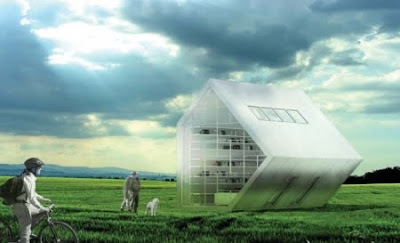 Another goal was to illustrate how compact living can be smart living, contributing to a more sustainable future.

Submissions were judged on their overall concept and design, prefabrication creativity, and social and environmental impacts.

Given the high quality of the submissions and range of ideas presented, the judges had a difficult time agreeing on which projects were worthy of special recognition.

The task was made all the more difficult by the fact that some proposals were more realistic and could be easily implemented in various locales around the world, while others were deliberately fantastic and put forward as provocations.

While the submissions originated in more than 100 cities and the ideas were varied, there were a number of common themes. Many entries explored how we might put housing where it does not normally belong -- above streets, between buildings and in spaces currently used for parking.

Others illustrated how modular housing could be hoisted onto roof-tops, thus giving new life to a variety of buildings. Another popular theme was the floating of prefabricated buildings on water.

Some submissions such as the Drawer House blurred the line between housing and furniture with a high degree of built-ins and expandability. 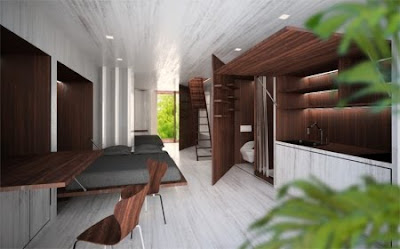 Anyone who has ever spent time living on a boat or in a recreational vehicle knows that these structures make much better use of space than conventional apartments or houses.

While prefabricated construction is effectively used in other countries, for a variety of reasons it has never really caught on in Canada. 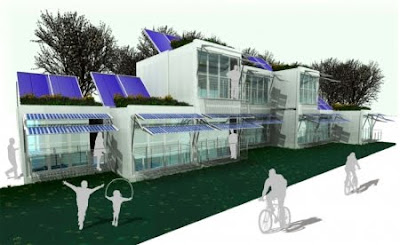 The response to Prefab 2020 demonstrates that given new technologies and attitudes, now may be the time for greater use of prefabricated construction to create more sustainable and affordable housing.

To view submissions, visit prefab2020.wordpress.com/2009/09/17/winners-shortlisted-entries-announced/ on the Internet.

Wow! Finally I got a web site from where I know how to truly take valuable facts concerning my study and knowledge.

It's fantastic that you are getting ideas from this paragraph as well as from our discussion made at this place.

prefabricated houses are made from wooden and other steel material. these homes are made in factory and transport to the place.
RTM Homes

I was scrolling the internet like every day, there I found this article which is related to my interest. The way you covered the knowledge about the subject and the 5 BHK duplex in hoshangabad road was worth to read, it undoubtedly cleared my vision and thoughts towards B 4 BHK Duplex in hoshangabad road. Your writing skills and the way you portrayed the examples are very impressive. The knowledge about 6 BHK duplex in hoshangabad road is well covered. Thank you for putting this highly informative article on the internet which is clearing the vision about top builders in Bhopal and who are making an impact in the real estate sector by building such amazing townships.

I found your posts very interesting,I will bookmark your blog and have shared it with my friends.
https://indusdesignworks.com/
Online 3d rendering services

I’m following the suggestions as mentioned in your blog found this blog which is related to my interest. The way you covered the knowledge about the subject and
was worth to read, it undoubtedly cleared my vision and thoughts towards 3 BHK flat in kolar road
Your writing skills and the way you portrayed the examples are very impressive. The knowledge about Builders In Bhopal
is well covered. Thank you for putting this highly informative article on the internet which is clearing the vision about who is making an impact in the real estate sector by building such amazing townships and 4 BHK in hoshangabad road

our pursuit to achieve excellence, we are counted amongst as the prime PEB Manufacturers, traders, and PEB Suppliers of an excellent quality assortment of Pre Engineered Building Systems which is used as factory workshops and warehouses. Appreciated by our clients for features like high strength, robust construction and rust proof surface finish these systems are acknowledged all around the market. The offered systems are designed and fabricated using sound wooden, aluminum, steel and other allied materials in accordance with the international quality standards. These Pre Engineered Building Systems are assembled as per the latest designs and are well-suited for modern industries.

Vedanshi Industries has gained recognition in the industry for offering an excellent quality assortment of primarframing system manufacturers. This system is extensively used for different industrial applications. The offered system is manufactured using high-grade raw materials and advanced techniques. This system is widely demanded owing to its attributes like corrosion-resistant finish, high tensile strength, purity, robustness, and durable finish standards. Further, this Primary Framing System is available with us in different lengths and thicknesses as per the specific needs of clients.