The Past & Future of South Shore False Creek Yesterday, Vancouver Is Awesome the Glacier Media 'successor' for The Vancouver Courier, the beloved newspaper for which I wrote a regular column for many years, reported on the forthcoming discussion on the future of South Shore False Creek, scheduled for Vancouver City Council this Thursday October 21st.

In years gone by, I would have written a Courier column in advance of this discussion, or signed up to speak. But since the Courier has folded, and I have meetings Thursday with a delegation of German planners and politicians interested in learning about Vancouver's waterfront developments and a community organization in Squamish, I will share some of my thoughts on the city's proposal here.

As background, the following is an excerpt from the Vancouver is Awesome account of the meeting:

As Glacier Media reported last week, the city has released a “conceptual development plan” for 80 acres of land it owns and manages on the south shore of False Creek.

The plan contemplates tripling the number of housing units and adding new buildings of six to 28 storeys high. A 500-footer adjacent to the Granville Bridge is also a possibility, although the staff report emphasized the word “conceptual” in the plan.

“It is important to note that these potential heights and densities have not been reviewed by [senior managers] or any other city staff from a regulatory perspective, and thus do not reflect forms of design that have to date been approved or considered to be supportable from a land use planning or regulatory perspective,” the report said.

Staff will deliver a presentation to council Thursday, which will include more details about the city’s plan to negotiate with existing leaseholders on the lands. Staff will also explain how the plan justifies increasing the number of housing units from 1,850 to 6,645 and keep a housing mix of approximately one-third market strata leasehold, one-third market rental and one-third non-market/co-op housing units.

Some of the questions from council will undoubtedly concern how such level of development on a shoreline can be done over the next 20-plus years when city staff have previously raised concerns about sea level rise. Staff’s presentation is expected sometime Thursday morning.

Past of False Creek South 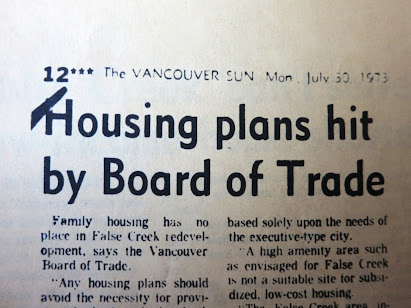 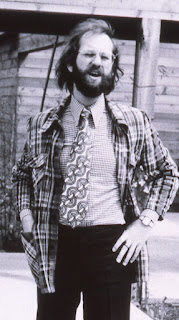 I have a particular interest in this community since from 1975 to 1977 I served as CMHC's Special Coordinator for the project. I was given this responsibility since most of the other people in the CMHC Branch Office thought the proposed community development would fail and any association with it would not be a career enhancing move. They were not alone. A senior Vancouver planner resigned his position since he too thought the south shore of False Creek was no place to build a family-oriented community. The Board of Trade also opposed the development, and the Park Board, led by commissioner George Puil argued that the entire site should be a park, not housing. 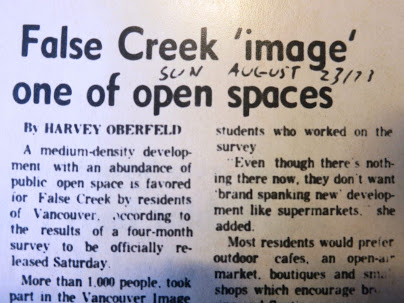 As a 28 year old architect and planner who at the time was Program Manager-Social Housing, I was confident the development would succeed. I had previously lived in Toronto and England, and worked in other cities across Canada where major redevelopments on former industrial lands had succeeded. Moreover, I was not planning to stay with CMHC forever. 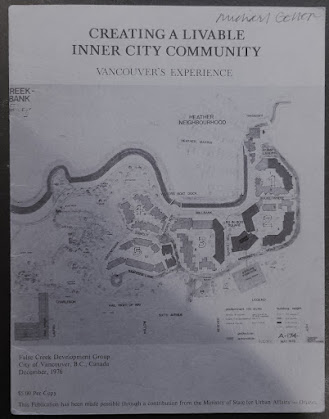 While I intend to write more about the background planning for South Shore False Creek, using publications from my home library including "CREATING A LIVABLE INNER CITY COMMUNITY -VANCOUVER'S EXPERIENCE 1976" as reference, the purpose of this blogpost is to declare my support, in principle, for the direction being proposed by Vancouver staff and its consultants that include Chuck Brook, a former member of the Vancouver planning department and a highly regarded planner and real estate consultant who for years has been advising governments and other property owners on the planning and redevelopment of their properties.

To be clear, this does not mean concentrating the more affordable housing in one area and the market housing in another. Nor does it mean doubling or tripling the density. What it does mean is regenerating the community by adding more market and non-market housing on both undeveloped and selected currently developed sites, and creating longer term certainty for the leaseholders of both the non-market and market parcels.

Details of what the city is initially proposing can be found in the staff report. You can find the 34-page staff report here: https://council.vancouver.ca/20211021/documents/pspc2.pdf

While I haven't studied the report in detail, and it is devoid of the more detailed plans that many of us want to see, the redevelopment strategy is very similar to that implemented for the federally-owned Veterans Properties in Kitsilano and New Westminster which I undertook for CMHC in the 1980s. Recognizing the importance of allowing lower-income households and others who want to remain in the community to not lose their housing, the first step, following approval of an overall plan and strategy, is to build new housing  on available sites for those living in the older buildings. This in turn frees up many older housing sites for redevelopment with modern, more energy efficient homes at higher densities. 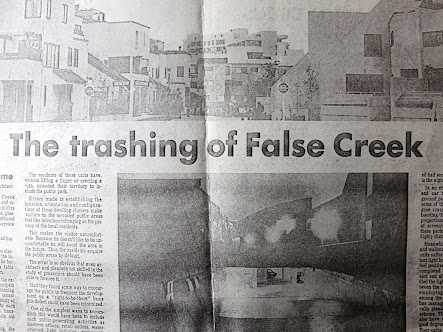 Last week, I did two interviews with Global TV and CBC. Both asked me if I was surprised by what was being proposed and I said no. The fact is, the False Creek leases are generally for 60 years, and 45 years ago when the leases were first negotiated, it was contemplated by many of us that at the end of the lease term some sites would be redeveloped. This is contemplated in the leases whose wind-up provisions included two options: either extend the leases on appropriate new terms, or buy out the improvements at their then market value. (The province passed special legislation to require these provisions.) While I anticipate some significant disagreements over what constitutes the fair market value of the improvements, ultimately financial arrangements will be determined by appraisers and others.

I should add, as noted in the Global TV  interview that I did, many people will be very concerned with the city's proposed approach, especially those who have lived in the community for many years, or in some cases, since the housing was first built. Why? Because at some point many will no longer be able to live in their homes. However, the city has promised that they will be relocated, and unlike the Little Mountain fiasco, their new homes will be built before they are asked to vacate.

There are obviously a lot of questions about this proposed redevelopment that need to be addressed. What should be the new plan? Where should the new housing go? (I see a lot of potential to build new higher buildings along 6th Avenue, overlooking the park.)  Another question will be which buildings should be demolished and which can stay? I would expect many of the concrete buildings around Leg-in-Boot Square to remain, but most two and three storey frame buildings, especially those on prime sites, should be replaced with higher density and more energy efficient buildings.

Another question will be how to manage the redevelopment? Should the redevelopment sites be offered to one major non-profit and/or private developer, or should individual sites be offered on longer term leases to various private non-profit and private developers as was the case in the 70s? I should note that the city managed the redevelopment through a special corporate entity known as the False Creek Development Group. It's office was on West Broadway, deliberately outside of City Hall, and the Group generally did a very good job. Then mayor Art Philips hired Doug Sutcliffe, a seasoned and highly respected individual to manage the redevelopment, Neil Griggs, who is still around, was one of the officials involved. In later years, Cameron Gray, one of the city's most knowledgeable housing planners was involved. They will no doubt have some stories to share and ideas on how the city should proceed.

I too will be happy to share some of my experiences, not only related to the first phases of False Creek South, (or the last phase since I was part of the development team that built the last project -The Lagoons at the entrance to Granville Island) but also developing UniverCity, which in many respects is a modern day example of creating a livable, planned community.

So to the mayor and Council I say approve the staff report in principle and start to do the more detailed planning. Let's have a public discussion about some of the details. But let's be bold. And let's not duplicate what can be found on the North Shore of False Creek. The Olympic Village may well be a better precedent for much of the new redevelopment. And oh yes, forget about the 50-storey tower beside the bridgehead!