In 1989 I developed an apartment building at 5th and Highbury in Point Grey with Joe and Lorne Segal's Kingswood Properties as a partner. The project was quite successful and when I received my share of the proceeds, I set off for Squamish with Sally to buy a piece of property.

I wanted to invest in Squamish since I had grown up in Toronto and observed how land in communities an hour or so away from the city centre generally increased in value more than land within the city.  I also thought Squamish was a community with great potential. It had a beautiful setting-its major downside was the odour from the pulp mill.

However, Steveston, where I spent 2 years rezoning BC Packers waterfront lands, also 'suffered' from the odour from the fish plants, and yet it was becoming a very successful community. As Bruce Buchanan, the president of BC Packers often said, that was the smell of money. (Ironically, Steveston no longer smells like fish residuals and Squamish no longer smells like a pulp mill, since both industries have closed down.)

Unfortunately, we didn't find anything that we wanted to buy in Squamish and put the money into something else, and eventually into apartments at Bayshore. But I have always regretted the decision not to buy property in Squamish and often urged others to invest there, and more recently, move there. 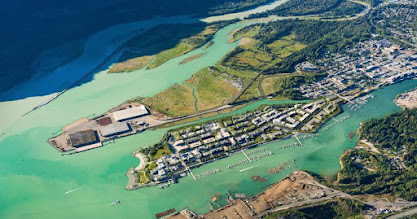 Another Squamish regret: In 2008, after leaving SFU's UniverCity and travelling around the world for 9 months, I was invited to chat with local politicians about a potential involvement with the Squamish Oceanfront Development Corporation. It was overseeing a 103 acre downtown waterfront planned community. In 2006, Qualex-Landmark, a very good Vancouver developer had been selected to develop the property, but at the last minute, the Council voted 4-3 to change the terms of the deal. The developer walked and it took another 7 years to select another developer. While I decided not to get involved, I have often regretted that decision too!

However, last year I was invited to become involved with the planning and zoning approval for the redevelopment of the August Jack Motor Inn property. Named after a popular Indian chief, the motel occupies a strategic location at Cleveland and Main Streets, surrounded by parks and close to the municipal hall and library. To study some of the other downtown projects, and gain a better appreciation of the town, I convinced Sally that Squamish should be the venue for our second Staycation. While I thought about staying at the August Jack, we ended up at the Executive Suites Hotel and Resort https://executivesuitessquamish.com/ which is in Garibaldi Highlands, about 10 minutes from the downtown.

While it is a bit of an overstatement to call it a resort, it did have a small outdoor pool and generously sized fully equipped suites. Unfortunately, the restaurant was not open for breakfast but there were other places to eat nearby. Other accommodation choices include the Sandman Hotel (where a continental breakfast is included in the room rate) and the highly regarded Squamish Highlands Bed and Breakfast. http://squamish-highlandsbnb.com/

So what do you have for lunch in Squamish? Sally had the hippy burger (yes, there's no meat.) I had a smoked beef brisket platter. Sitting outside on a deck, overlooking the Saturday farmers' market, it was most enjoyable. 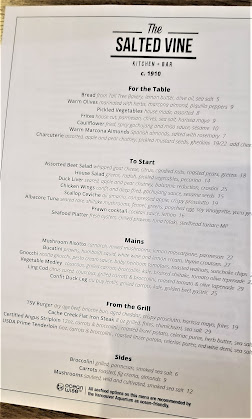 However, dinner at The Salted Vine was outstanding. For those of you who think of Squamish as big trucks and lumberjack shirts (Ok, so the staff at Copper Coil did wear lumberjack shirts!) you'll be pleasantly surprised, no shocked, by the menu choices at Salted Vine. First of all, there's a very extensive pre-dinner cocktail list. (As the manager/owner proudly told us, it is one of the few places that offers much more than a bloody Caesar.) Instead of the seafood platter ordered at the next table, (fresh oysters, chilled prawns, tuna tataki, steelhead tartar) I started with the seared duck liver which reminded me of a similar dish I used to enjoy at Il Giardino. The choice of mains included Bucatini (it's ok, I had to look it up too), Ling Cod, Confit Duck Leg, dry-age beef burger and various steaks. 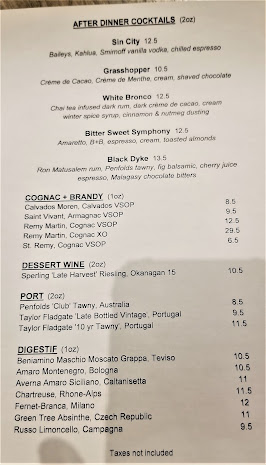 The wine list was most impressive with about 50 red wines to choose from. But what was even more impressive was the 'After Dinner Cocktails' menu which offered a variety of cognacs + brandies, dessert wine, ports, and digestifs. Few restaurants in Vancouver could match this! Unfortunately, since I wasn't staying at the August Jack and had to drive back, I had to forgo the Green Tree Absinthe from the Czech Republic. 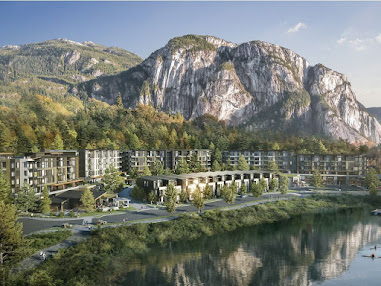 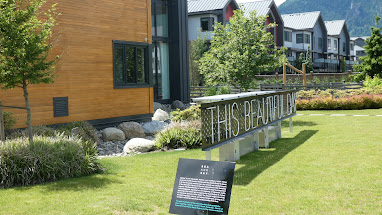 For those of you who have only driven by Squamish or stopped at a highway restaurant to use the toilet, there is a lot of interesting development going on. Ironically, two major developments are being undertaken by Lorne Segal and Kingswood Properties. Sea & Sky (a joint-venture with Blue Sky Properties)  https://squamish.com/new-developments/seaandsky-waterfront-landing/ and Redbridge https://redbridgesquamish.com/ a major planned community, which has been in the works for years, is about to get underway. 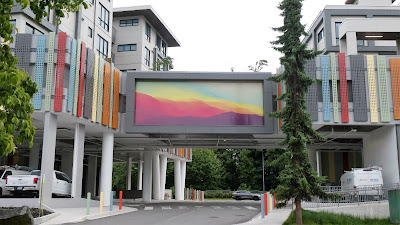 There are also a number of new projects downtown, generally 6-storeys in scale, with retail at grade and parking, yes parking, on the second level! 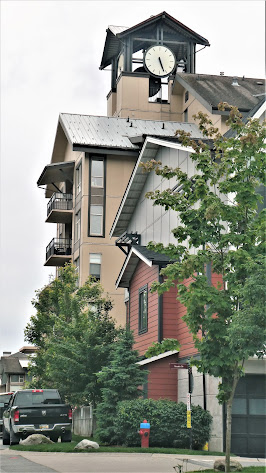 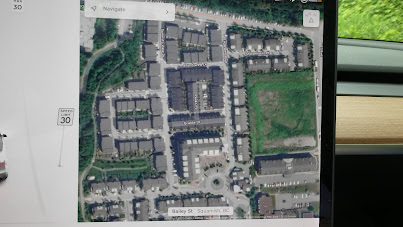 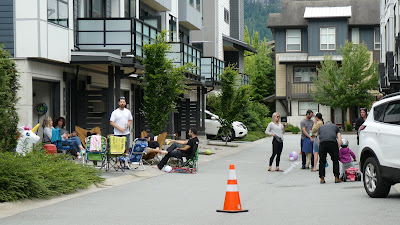 However, one completed neighbourhood that really impressed us was Eaglewind, a townhouse neighbourhood developed by Solterra and designed by Merrick, Ciccozzi, and presumably others. It had a wonderful sense of community.(Solterra has also developed a very attractive Business Park just north of the downtown.) 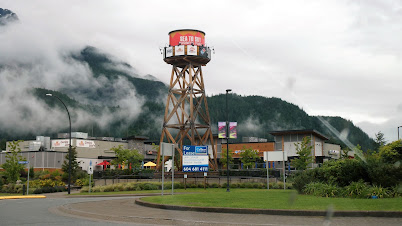 To see another side of Squamish you just need to drive up to Quest University. While it is struggling financially, it is surrounded by some very impressive new neighbourhoods with prices rivalling what you pay in many parts of Vancouver. Yes Vancouver. 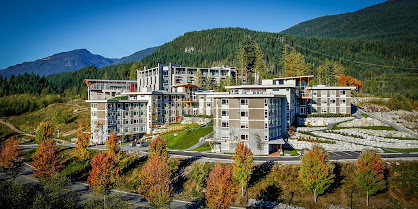 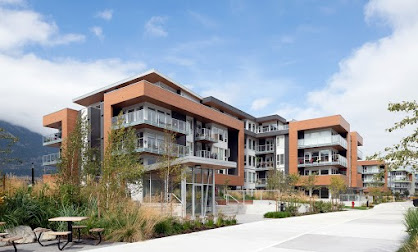 It turned out that many of my favourite projects around Squamish were designed by AKA Architects, a local firm. These included Sirocco along the waterfront and Quest University Student residences. AKA also designed The Main, next door to the August Jack, and Junction Park, a major project for Solterra kitty-corner to the August Jack that is about to get underway.

While a few friends initially scoffed at the idea of a staycation in Squamish, once I showed them the menus from Salted Vine, they weren't so condescending. Indeed, I can highly recommend Squamish as a great place for a short getaway. While we didn't ride the Sea-to-Sky Gondola, it is now operational, and if you like hiking and kayaking, there is much to do. https://www.exploresquamish.com/ After all, the town's tagline is HARDWIRED FOR ADVENTURE. While I'll leave aerial kiteboarding and mountain biking to my August Jack client, I'll definitely be back for more sautéed duck liver and a glass of Absinthe.

Posted by Michael Geller at 9:39 AM