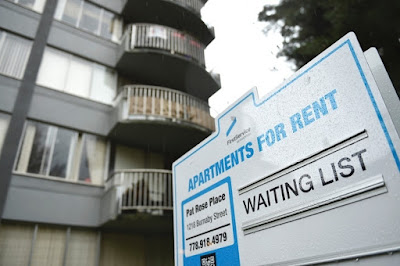 Last week, many Vancouver residents were delighted to hear on the radio and read in their newspapers that the Empty Home Tax had generated a windfall of $38 million — $8 million more than expected.
I was not one of them.
For one thing, only $21 million has actually been collected. While this is not an insignificant sum, it is less than $38 million.
Secondly, buried in the city report were the one-time implementation costs of $7.5 million and first-year operating costs of $2.5 million. I expect these costs to increase.
However, my main concerns are that this tax doesn’t just apply to empty homes; it also applies to second homes regularly occupied up to six months a year.
As a result, it is forcing B.C. and out-of-province residents to sell the homes where they live while visiting relatives and friends, or volunteering at a local hospital, as is the case with one Sunshine Coast doctor.
Furthermore, there is no evidence the program is achieving its initially stated goal of “bringing up to 25,000 empty and under-utilized properties to the market as long-term rental homes for people who live and work in Vancouver.”
I am not blind to what many consider the injustice of homes being kept empty while others have nowhere to live. I understand that.
However, this tax seems designed to appeal to those like Graham P. who recently wrote on Twitter that “second home owners (unless perhaps renting out a property) are among the most selfish people. Every purchase of a second home deprives someone of a first one.”
To add insult to injury, the province copied the Empty Home Tax when it created its so-called Speculation Tax. It too is a form of wealth or inheritance tax (when it’s deferred) that impacts not only empty dwellings but also second homes.
To date, we have received little information on how this program will be administered, nor how much it will cost.
Mayor Kennedy Stewart and other city councillors are now musing about tripling the Empty Home Tax. While I question the effectiveness of the tax other than as a cash grab, I might accept this increase provided the program is altered to exclude legitimate second homeowners who regularly occupy their properties, say, up to 60 days a year.
Two weeks ago, I was invited to speak at a CMHC National Housing Conference in Ottawa on how to increase the supply of affordable rental housing. I reviewed Vancouver’s practice of inclusionary zoning, which encourages private developers to build affordable housing in return for extra density. I also discussed the city’s somewhat positive experiences encouraging purpose-built rental housing construction under STIR and Rental 100.
While I was in Ottawa, CMHC issued a report revealing the number of Metro Vancouver condos in long-term rental had declined by 1,081 units as investors sold or repurposed their properties. The biggest declines were within the city boundaries.
At the same time, some city councillors were suggesting new restrictions on landlords undertaking renovations of older buildings. They propose tenants be allowed to remain in their suites during renovations. Alternatively, those forced to move should be allowed to return at the same rent.
That’s not all. The province is about to release its long-awaited Rental Housing Task Force report. Many landlords fear it will tie rent increases not only to tenants but also to units. As a result, the incentive to renovate a suite after a tenant moves out will disappear.
I understand and sympathize with the plight of renters who can’t afford rental increases or may be forced out of their homes due to renovations. But after five decades of working in affordable housing with CMHC, the private and institutional sectors, I worry that the cumulative effect and unintended consequences of the so-called Empty Home and Speculation Taxes and potential new rental restrictions will not help renters.
Rather, they will inhibit the supply, renovation and maintenance of purpose-built and long-term condo rentals and do little to address the rental housing crisis.
@michaelgeller
Posted by Michael Geller at 10:44 AM

Access to computers and other control systems which might provide you with information about the way the world revolves around technology should be unlimited and total. All information should be free and accessible to all. That is why we at INTEGRATEDHACKS have come up with a team of highly motivated and dedicated hackers to help you get access to information you are being deprived of. Our services include and are not limited to hacking of social media accounts,email accounts, tracking of phones hacking of bank cards and many more.
Have you ever been hacked? Need to recover your stolen account, Want to monitor your kids,spouse or partner, Change your school results track messages from an email or mobile number and many more, INTEGRATEDHACKS is the one for you. Hundreds of our clients have their phones, social media accounts, emails, servers, may bots and PCs hacked consistently and efficiently. Our professional hackers for hire team is highly qualified and can hack anything or device you desire without giving the target any form of notification which makes us one of the best.