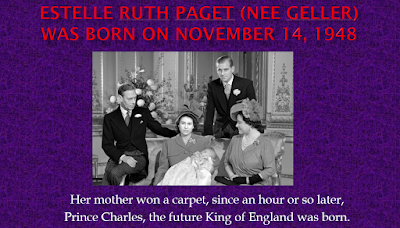 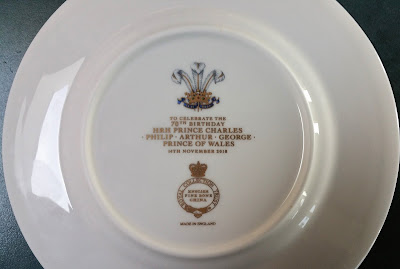 Today is a special day in our family's life. Seventy years ago my sister Estelle was born in Blackpool UK. According to family lore, had she born about 30 minutes later, my parents would have won a house. That's because a British newspaper had offered a new house to the parents of the child born closest to the future king's birth. My parents got a carpet.
Over the years, both Estelle and I have had an opportunity to meet the Prince. Estelle arranged her meeting by writing to Ottawa in advance of one of the Prince's visits to Vancouver. She stood in line next to Glen Clark. (I'm looking for the photo.)  I met him when I was at SFU. 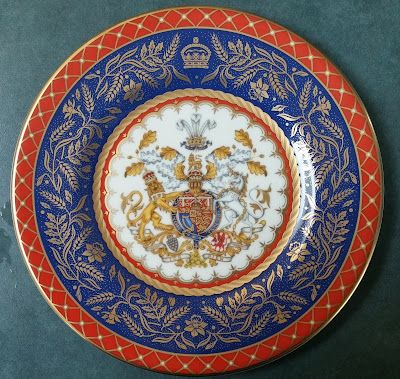 In conjunction with the Prince's birthday, a lot of commemorative goods are on sale in UK. Estelle's daugter-in-law managed to arrange for  this special plate which will no doubt be put to good use in Victoria where Estelle now lives.
I suspect she'll show it to all her colleagues at KidCare Canada, a non-profit organization she founded to promote early childhood development. She was recently honoured for her work at a celebration at Government House.

You can read more about it here. http://kidcarecanada.org/

I'll be making a donation to KidCare in honour of Estelle's 70th birthday. I'm sure she won't mind if you do too! http://kidcarecanada.org/donations
Posted by Michael Geller at 7:13 AM