The leafy city of Almaty

I first learned about Almaty last May when I participated as a juror in a competition to select a consultant team to prepare a new master plan for Astana. Prior to Astana being made the capital 21 years ago, Almaty was the country's capital, and as described in guidebooks, a beautiful cosmopolitan city with tree-lined streets and a mountain backdrop. 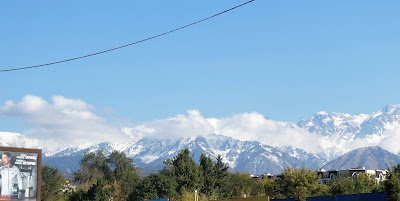 Many people urged me to see it, so when I was invited by the organizers of the Astana Plan competition and others to participate in Innovation Week in Astana and Almaty, I decided to speak in both cities, which are about a 1 and half hour flight apart. 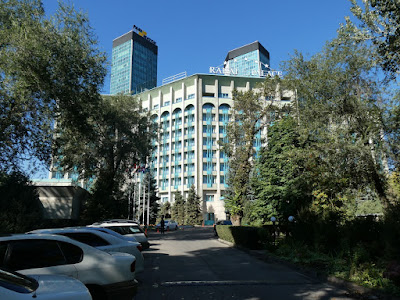 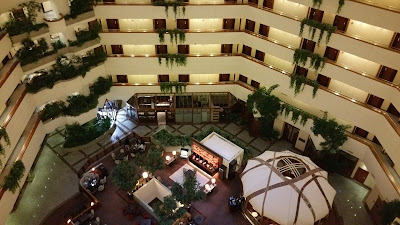 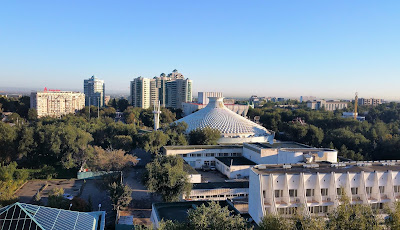 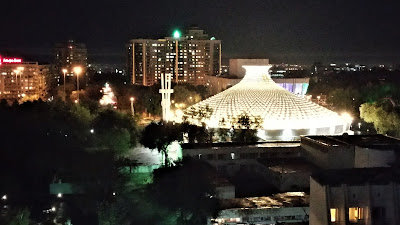 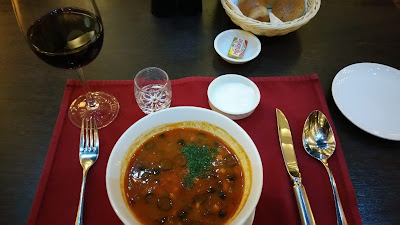 I only stayed one night at a dated Hyatt Regency Hotel but got a taste of the city, and the local food, wine and vodka. Arriving in my room after dark, I was intrigued by an illuminated circular building I could see out my window. It turned out to be a circus, dating back to the days of Russian occupation. 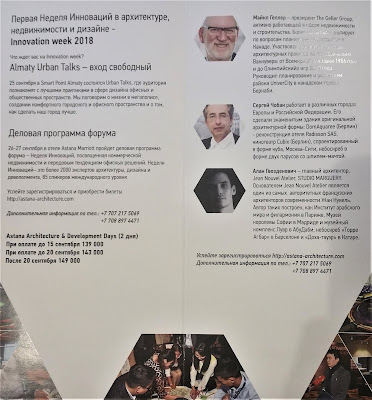 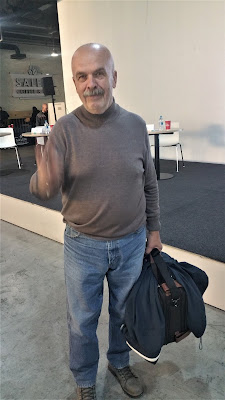 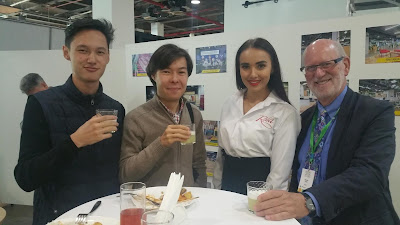 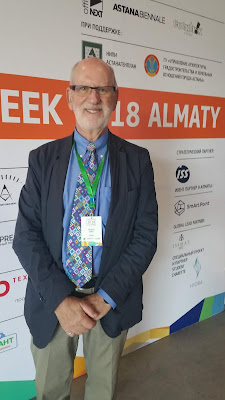 The conference was held next to the hotel in a gathering space called SmArtPoint. At first, I was concerned that I wouldn't be able to understand much of the printed materials since my Google Translate app didn’t work well in Kazak. But then I quickly realized all of the materials were in Russian, the principal language in Almaty and Astana. However, I need not have worried when a charming man in blue jeans came up to introduce himself. "I am your translator", he said. When I joked that he should feel free to improve on what I say in his translation, he responded that on the contrary, I was the needle. He was just the thread. (I'm sure it's even more poetic in Russian!)
Hopefully the next time I am in Kazakstan I will be able to return to Almaty for a more extended visit. And if the developer who approached me after my talk to see if I would be interested in helping them with a 40 hectare site follows up, I may well be back! 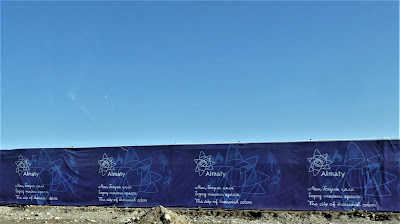 Posted by Michael Geller at 8:23 AM

Really got a useful blog to read today. Its very informative, keep posting more like this.
Sebi registered advisory company

I am Mrs Jane Harold from Florida, with a great testimony how i receive my loan from this great and Legit company after been scammed, I told my self that any lender that rescue my family from our poor situation, i will refer any person that is looking for loan to them, i was desperately in need of a loan the sum of $30,000.00 Dollars to pay off my debt and startup a business, So happy i receive my loan few days ago ,and if you are in need of a loan and you are sure you will pay back the loan please contact and tell them that is Mrs Jane that refer you to them. (+1-586-331-5557)