Sitting on a large 12,000 sq.ft. Ambleside lot, realtors expected the 1913 Vinson House to be demolished when it was about to go on the market in early 2015. Instead it was purchased by Trasolini Chetner and Geller Properties with the intention of seeking a Heritage Revitalization Agreement from the District of West Vancouver to add a new single-level Garden Suite below the house and two infill units on the lot.
On Wednesday July 18th, Trasolini Chetner and Geller celebrated the completion and formal 'opening' of Vinson House, with a ribbon-cutting ceremony featuring West Vancouver mayor Michael Smith. In attendance were former owners of the house, neighbours, and some of the 15 different consulting firms who were involved with the project. 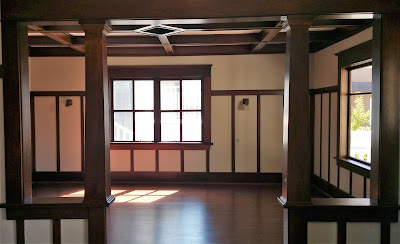 You have to look closely to see what is old and what is new inside Vinson House. While the living room appears the same as before, if you look closely you will see that a sprinkler system has been added, along with discreet pot lots, under the direction of heritage consultant Donald Luxton. 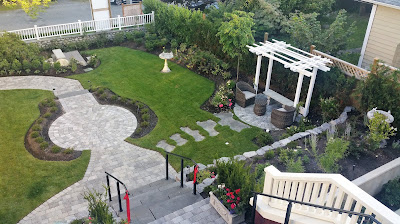 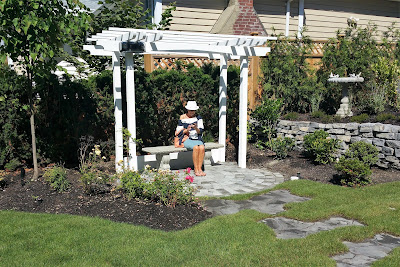 Looking down from the restored second level sleeping porch, one views the new garden with its bird baths and plantings designed to replicate the original Edwardian garden.
So far, the lower level garden suite has been sold and the infill units are on the market at $2.6 and $2.8 million. While not inexpensive, they are approximately 2400 and 2570 sq.ft. and cost considerably less than any other new West Vancouver houses.
The heritage house will soon be listed for sale. While the price hasn't been finalized, there will be a '3' in front of it.
While the project took 50% longer to build, and construction costs were approximately 50% more than initially budgetted, by obtaining approval to add new units on the lot, the project should remain profitable. 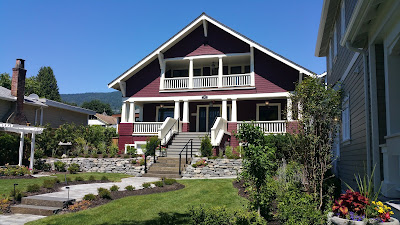 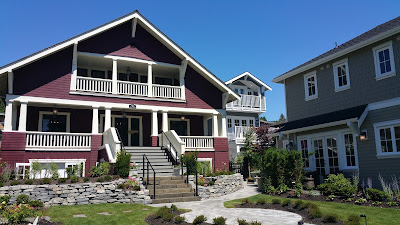 Details can be found at www.vinsonhousecottages.com. To arrange a viewing contact Elaine Biggan at elainebiggan@telus.net or 604 880 4559. For more information contact me at geller@sfu.ca or 778 997 9980.
Posted by Michael Geller at 8:35 AM

Kolkata escorts Appreciated examining the wonderful stuff said on this site. I encountered this blog and took in a ton from its strength information. Thankful to you maker for doing the enormous action and sharing important purposes important to online watchers like me.
kolkata Escorts
Kolkata escorts services
Escorts in kolkata
Escorts Services in Kolkata

I am an Jaipur escorts is the perfect girl to seduce any man by exposing glamour and natural beauty; finding the beautiful girl at Jaipur escorts not so tough because here each escort looks lovely and hot.
Jaipur escorts
Nainital escort service
Goa escorts
Mumbai escorts
Pune escorts