From Nexthome Publication by Diane Duflot 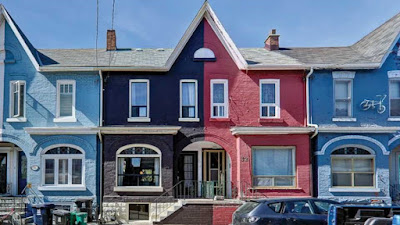 Was that a townhouse, a rowhome or terraced housing? YP NextHome chats with Michael Geller, principal of Geller Properties and well-known advocate for innovation in sustainability and affordable housing, about some of the creative outcomes of this new housing dialogue.

YP NextHome: Many industry insiders say that townhomes are the new single-family home. What are your thoughts on the viability of this housing option? Will the townhouse or rowhome format continue to gain popularity?

Michael Geller: Yes. In fact, in many areas like Surrey or Richmond, the majority of new development is already either townhouse or mid to highrise towers. Where it hasn’t happened is Vancouver or the North Shore, primarily because they don’t have large tracts of undeveloped property.

YPNH: Townhomes, or rowhomes, have traditionally been sold as strata units. Recently though, some developers like Portrait Homes and Vesta Properties are building fee-simple rowhomes. What are some of the differences between fee-simple and strata townhomes?

MG: One significant, and challenging, difference is the fact each fee-simple home has to sit on its own lot. Another consideration is that an apartment building or conventional strata townhouse development requires only one municipal sewer and water connection for the entire project. But if every home is individually owned, each ‘door’ requires its own connection.
Also, if access roads are needed, it’s easy to make their construction and ongoing maintenance part of the overall costs of strata development. In the case of fee-simple, however, it might require a hybrid arrangement. It’s similar to a strata but in a far more simplified form.

YPNH: But what happens if my neighbours decide they want to change the look of their home? If there are no design regulations in place, doesn’t that mean the entire neighbourhood could end up as a mismatched, architectural hodgepodge?

MG: It could. But Amsterdam is an excellent example of how taking a less heavy-handed approach to regulating architectural design can create a rich and interesting streetscape. Each building is individual and built right against the adjacent one.

YPNH: What new innovations would you like to see in the townhouse marketplace?
MG: One day, I would like to build a checkerboard development. Imagine regular townhouses, then shift each unit so they only touch at the corners. There are other variations and modifications, but I think that one would be fun.

Former Vancouver Editor of New Home Guide, New Condo Guide and Home Decor and Renovations, Diane Duflot is currently enjoying the life of a freelance writer and editor. She can be reached at diane.duflot@ypnexthome.ca


Photo from torontolife.com
Posted by Michael Geller at 10:02 PM