Skagen: near the northern tip of Denmark 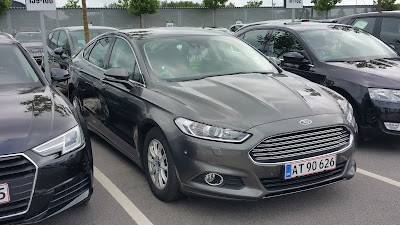 On Sunday afternoon I set off for the airport to pick up a rental car. I tried to reserve it for a pick-up in town but had difficulty doing so online. As a rule, I don't pick up cars at the airport since in North America you  pay a premium. It was time-consuming going to the airport, and to add insult to injury, I had to pay a significant premium to pick it up there! Hopefully this will serve as useful advice to others reserving a car in Europe. I might add that the rental rates for a larger car were very high (typically $125+ per day, so I arranged the car through Auto Europe, a US broker, who offered a better rate. However, this complicated my ability to make changes to the pick-up location.)

Rather than pay a premium for GPS, I brought our own GPS from Canada. However, as it happened this large Ford had an excellent GPS. The car was manual transmission (most rental cars are unless you want to pay a an even higher premium), but easy to drive. 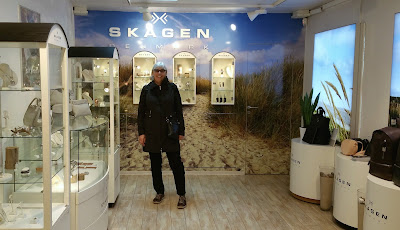 Sally likes Skagen (pronounced Skane) watches, and we saw some lovely images of little yellow houses in our travel guide, so on the advice of someone at the car rental counter, we decided to head north, rather than south, to begin our tour by visiting this town near the northern tip of Denmark. 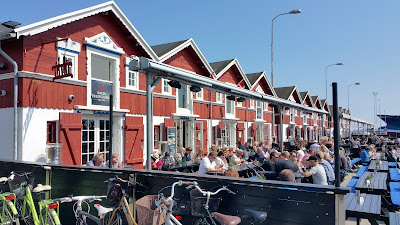 Upon arrival we found some wonderful waterfront restaurants, a good lunch, and LNG tankers on the horizon. 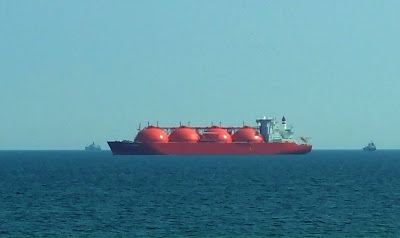 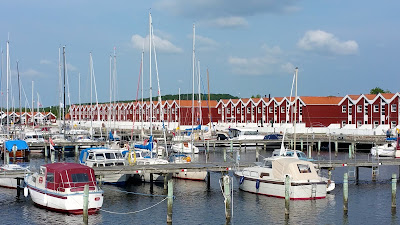 We also had a debate about the appearance of some new waterfront residences in long rows, of almost identical units in the same colour. Should this unrelenting development have had more variety in shape and colour, or was the design more effective as presented? This led to a good conversation on Facebook!
Before leaving, we set off for the most northerly tip of Denmark, so that we could say we visited the country from south to north. It is a pity we did not spend more time there. It's a delightful seaside place and popular with Danes from all over the country. 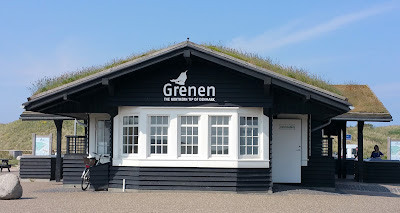 Posted by Michael Geller at 2:22 PM