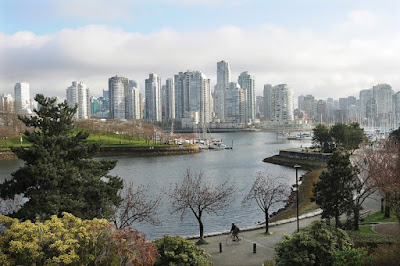 It may not be something to boast about, but it is most definitely something to contemplate.
Last week, the Greater Vancouver Board of Trade (GVBOT) released an Economic Scorecard report undertaken by the Conference Board of Canada examining Greater Vancouver’s strengths and weaknesses in attracting labour and business investment, compared with other cities around the world. This review was initiated two years ago by then co-chairs Carole Taylor and Larry Berg.
I was pleased to serve as a member of the GVBOT’s Scorecard Committee that worked with the Conference Board on the study. Everyone who knows Taylor knows it is hard to say no when she calls.

The report benchmarks Greater Vancouver against 19 other global metropolitan regions on 32 indicators grouped in two categories: economy and social. It uses a report card-style ranking of A-B-C-D to assess the performance of metropolitan areas for each indicator and each category.
Other international cities in the study included Singapore, Hong Kong, Shanghai, Seattle, Copenhagen, San Francisco, Rotterdam, Barcelona and Los Angeles. Canadian cities included Calgary, Toronto, Montreal and Halifax.

Greater Vancouver finished in ninth in the economy category, seventh in Social, and ninth overall. The top five cities were Singapore, Copenhagen, Hong Kong, Calgary, and Seattle. However, it must be noted that the study was based on 2014 data and Calgary’s standing did not take into account the collapse in oil and gas prices.

It will probably come as no surprise that Vancouver received a “D” grade on housing affordability.  The city ranks 15th out of the 17 metro regions for which data were available. Only Hong Kong and Shanghai are less affordable.

Greater Vancouver also got a “D” grade for the proportion of the population aged 25-34 years. Sadly, these two indicators are becoming increasingly intertwined, as housing costs are causing many millennials to assess whether they can stay in Vancouver, or move here from other places.
I had the opportunity to discuss this at two events organized by the Board of Trade’s Company of Young Professionals following release of the report.

The first was a roundtable conversation with Vancouver’s Chief Housing Officer Mukhtar Latif and developer Brad Jones with 30+ millennials. This was followed by a panel discussion before 300+ attendees at the Imperial Theatre at 319 Main St. Latif is the softly spoken Chartered Surveyor brought to Vancouver from London, Eng. where he had extensive experience in the delivery of non-profit housing. While he is certainly not a household name in a city where housing affordability is the number one issue, he is taking the lead on a number of interesting initiatives.

One is the creation of temporary affordable housing using relocatable modular housing units on vacant sites around the city. I have written about this in the past since it was the topic of my thesis at the University of Toronto 45 years ago. 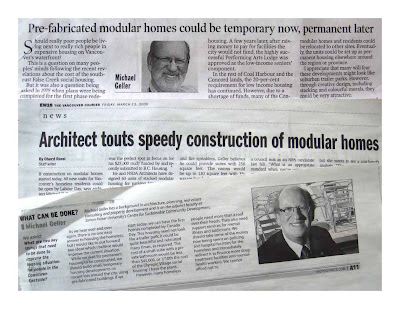 He is also involved with the recently announced ‘Shared Equity’ housing program in which developers will be offered a density bonus on sites located close to transit and commercial centres provided they sell a certain number of homes to individual purchasers at below market value.
The city will take an ownership interest in these homes equal to the difference between the price paid and market value. It will then share in any future appreciation when the home is sold. Conditions will apply to who can purchase.

Brad Jones’ presentation addressed the question why is Metro Vancouver’s housing so expensive. Starting with a map of Metro, he excluded the land in the Agricultural Land Reserve. He then excluded land reserved for industry. He then took out the land zoned for single-family housing. It quickly became apparent that there is not a lot of zoned land left for more affordable forms of multi-family housing.

While the availability of suitably zoned land is by no means the only reason for our increasingly exorbitant housing costs, it is one of the key issues that the Board of Trade intends to address in the coming years, along with the need for improved public transit and regional governance.
Otherwise, when the 2018 Economic Scorecard is released, we may fall below Number 9.