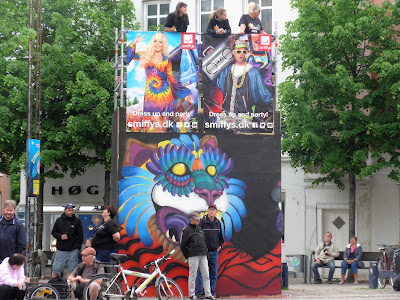 Sitting in Carol and Richard's living room, it was difficult to know where to start our Danish tour, and furthermore, what to expect. However, after having difficulty renting a car in Kolding, the most southerly town in the country, which we wanted to drop off in Copenhagen, we decided to start in the north and work our way south. I noticed that there would be a carnival in Aalborg the weekend we arrived, and so we decided this would be a good start. Had we known what to expect, we might have started in Skagen, the most northerly town! From Wikipedia: 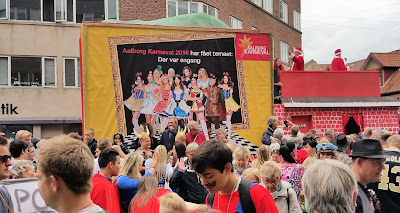 The carnival takes place the last week in May (week 21) and is the largest carnival in Scandinavia (advertised as "the biggest carnival in northern Europe"). The Aalborg Carnival stands for a week has 3 main carnival events: The Grand Parade, Battle of Carnival Bands and Children’s Carnival. The carnival week is for everyone – both professional carnival groups, children and everybody who wants to act on his or her instincts and create their own costume and join the celebration of life.

The Grand Parade is a carnival event that attracts about 100,000 people to the streets of Aalborg each year. About 15 professional carnival groups from all over the world open the parade and following them are thousands of people dressed out, dancing and celebrating life. The parade begins 4 different places in Aalborg. The different parts meet up downtown Aalborg and form one parade continuing to the city park Kildeparken. Here the Carnival Party continues for the rest of the day and the people can listen to live music, dance, see carnival shows and much more. 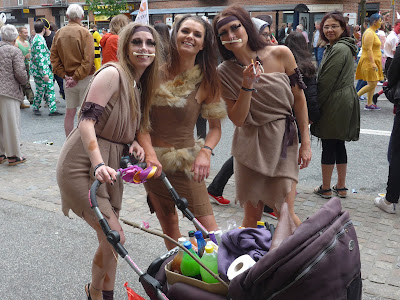 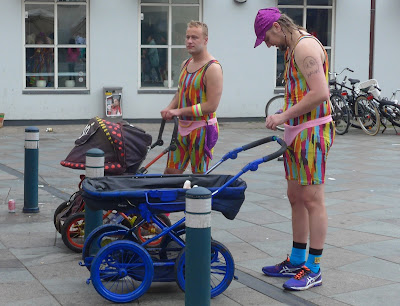 At first I thought this was a family friendly event as people brought babies in carriages. However, we soon discovered these carriages did not hold babies....just alcohol. In fact, this carnival seems to be an opportunity for youth from all over Scandinavia to get as drunk as possible in public. However, there were some very colourful and clever costumes, and while I enjoyed it, we won't be back for next year's carnival. Here are some more pictures. 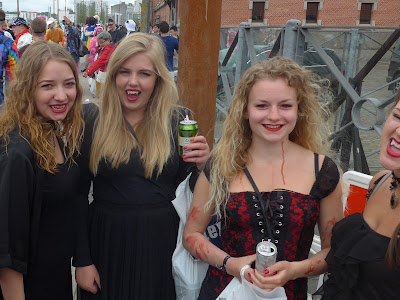 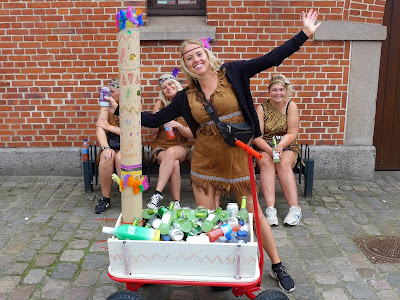 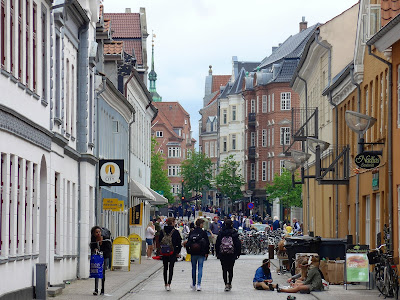 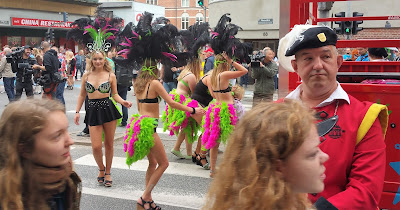 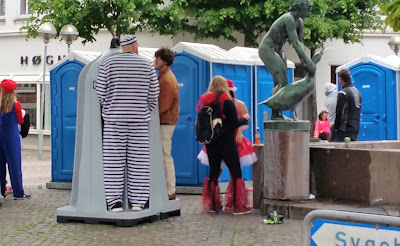 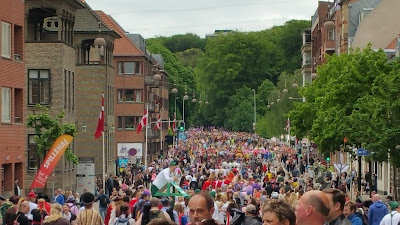 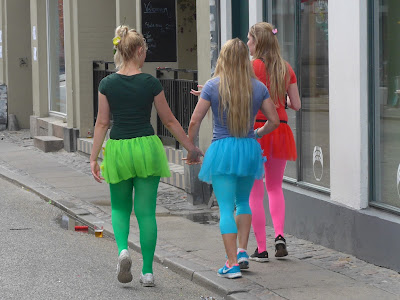 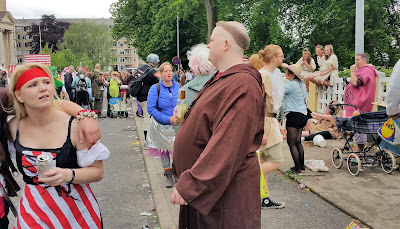 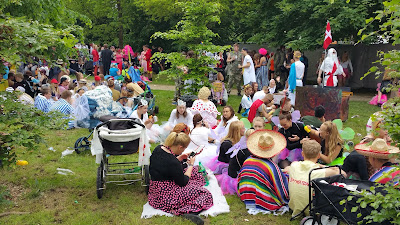 Posted by Michael Geller at 2:21 PM