33 years ago today, Sally and I got married. To celebrate we decided to take a last minute getaway to Maui. While we used to come to Hawaii often during Narod days and in the subsequent decades, we stopped coming as the prices for meals and golf became excessive, catering in large part to the Japanese rather than Canadian tourist.

However, while the cost of meals remains excessive by Vancouver standards, we found what seemed like a very reasonable rate at the Fairmont Kea Lani and decided to check in for three nights. We liked it so much we stayed an extra night. 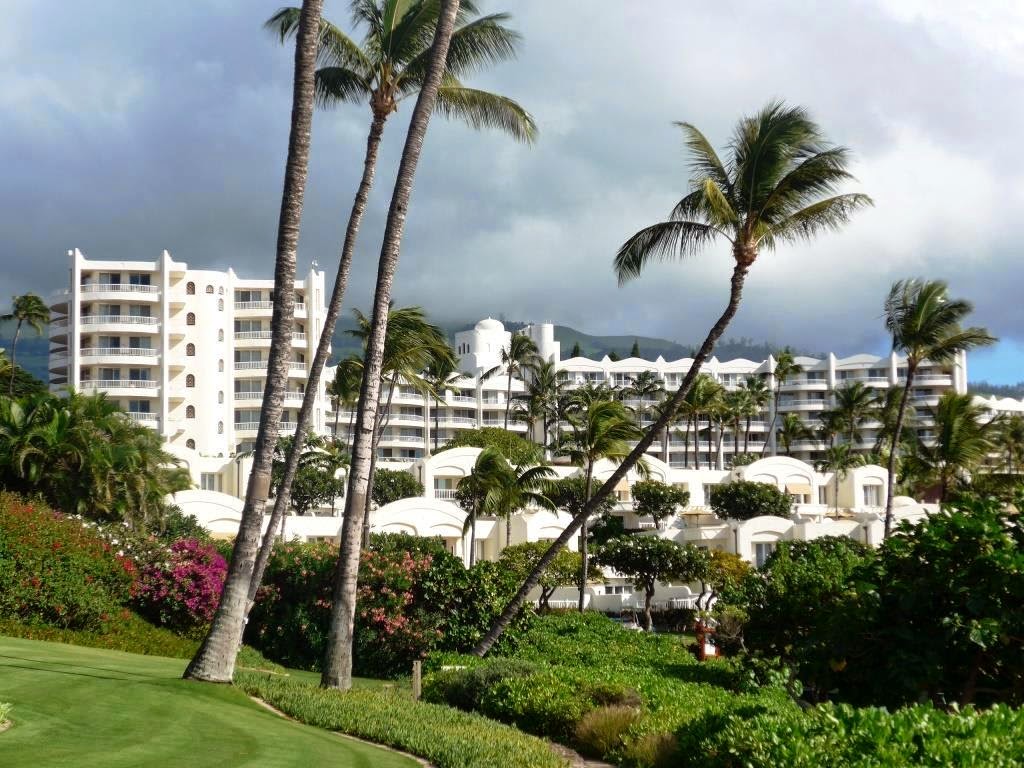 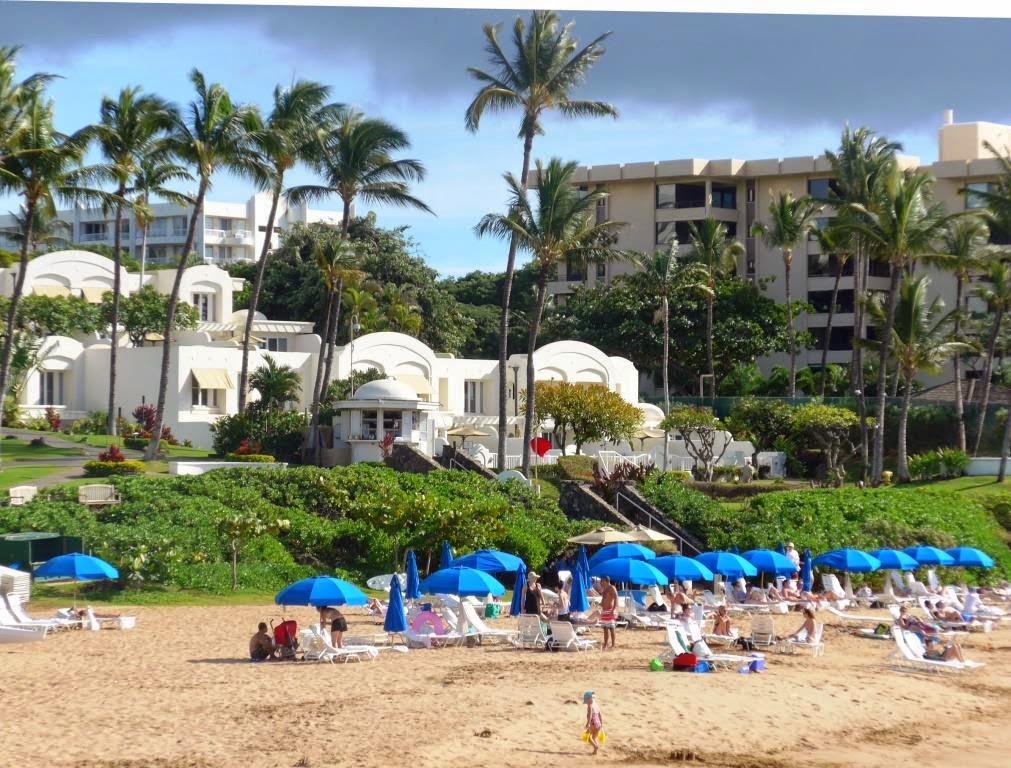 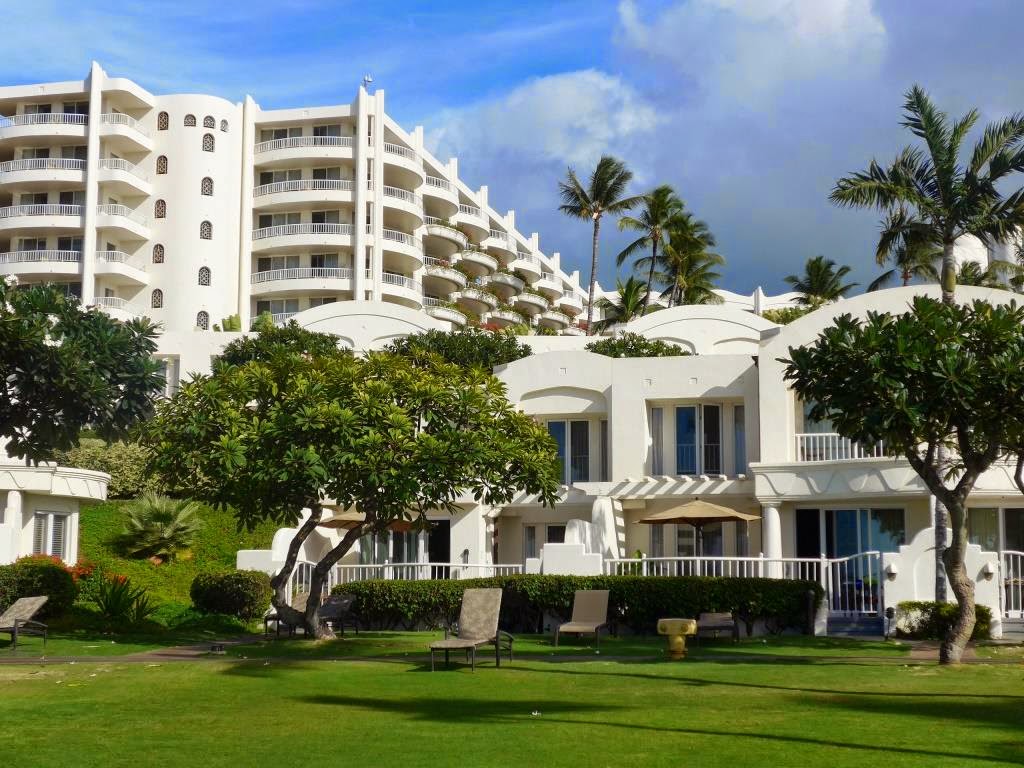 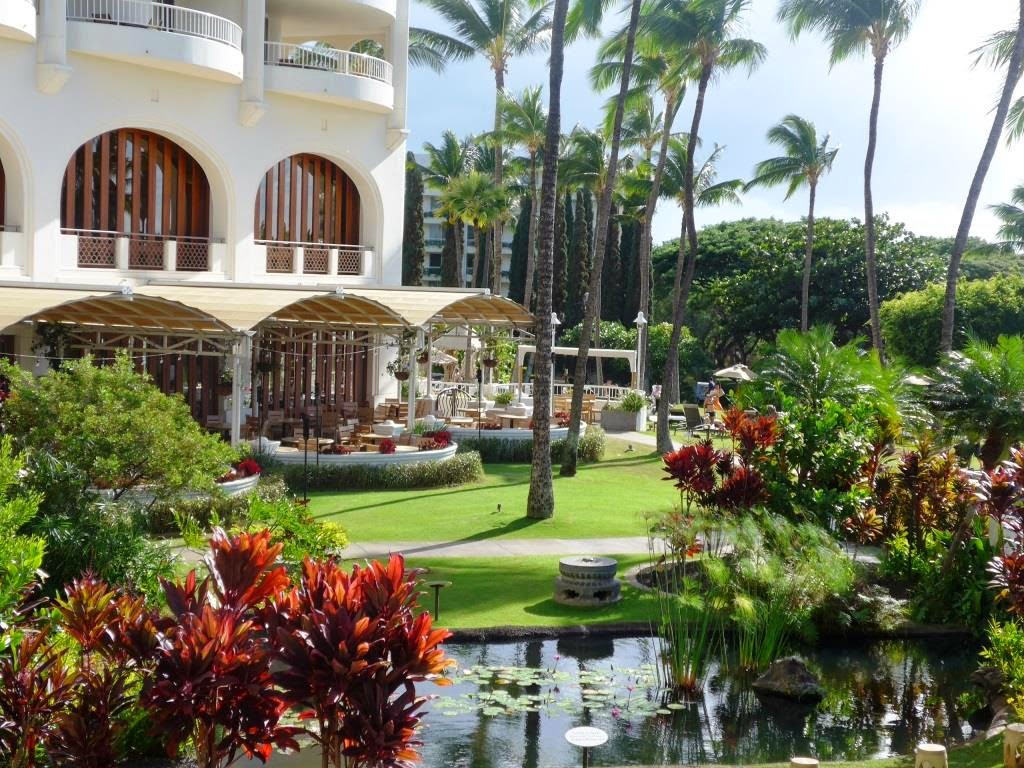 One of the special features of this hotel complex, spread out over 22 acres, is that all the 400+ rooms are in fact suites....and quite large...in the order of 700 sq.ft. There are also some wonderful 2 and 3 bedroom villas that would be ideal for a family or couples sharing. There are three swimming pools including an adults-only pool, two activity pools connected by a 140-foot waterslide, various beach activities.

There are four restaurants, which by Vancouver standards are expensive, but in the overall scheme of things not outrageous. While the price of food is higher, the wine lists offered a wide range of choices and good value in comparison to many Vancouver restaurants. 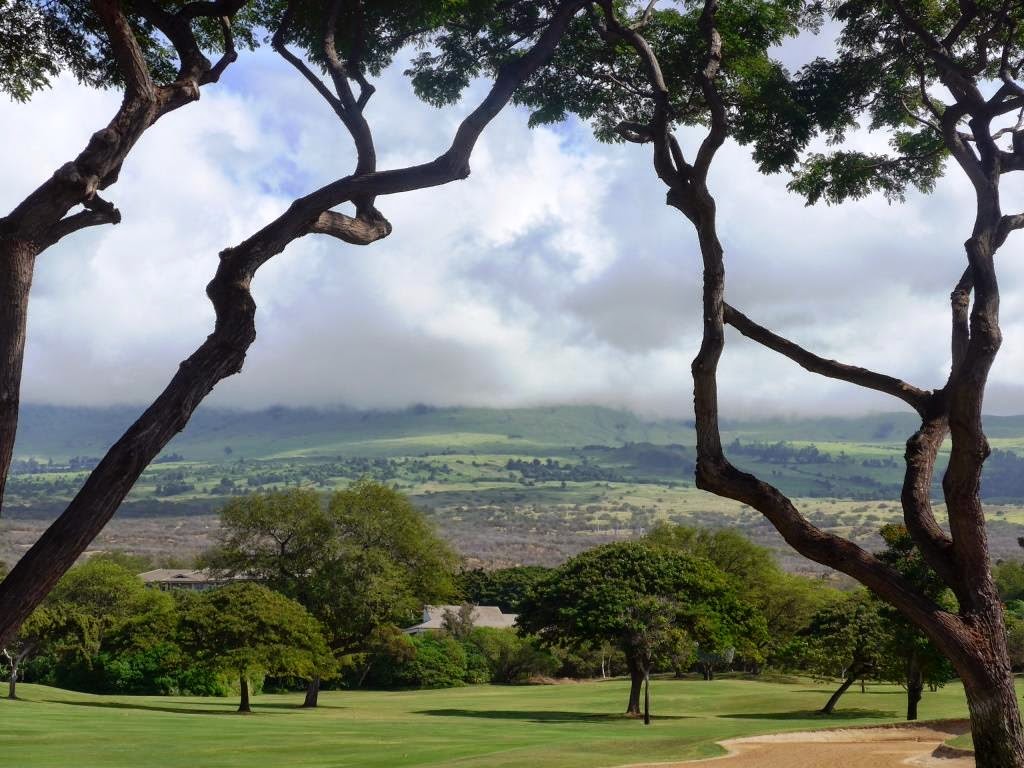 The three Wailea golf courses are nearby. We played the Old Blue but it is starting to feel a bit tired. It is getting some upgrades and a new clubhouse. The gold and emerald courses may be a better choice.

We had some good food at lunch in Mulligans, a bar next to the Old Blue clubhouse (although the clubhouse moved out last night!) where we also enjoyed a very entertaining magic show by Brenton Keith who performs every Tuesday night. If you are in the area, don't miss it. He was very good.

One of the nice features of the area is a waterfront walkway that connects you to all of the other resorts and condominium developments in the area. 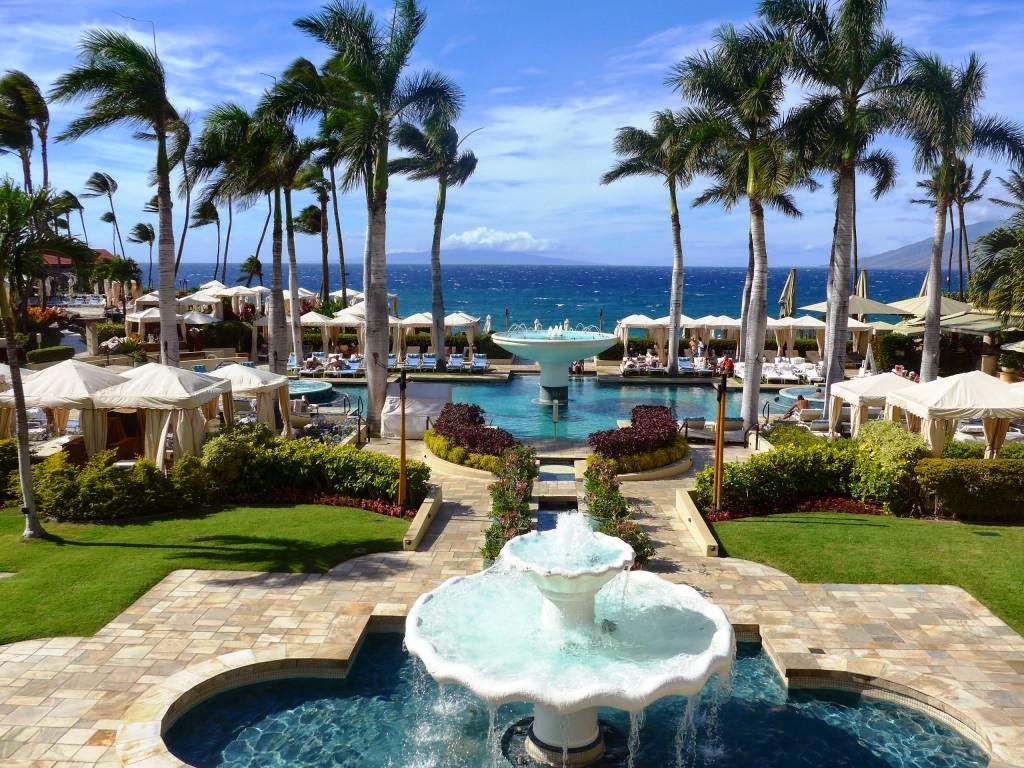 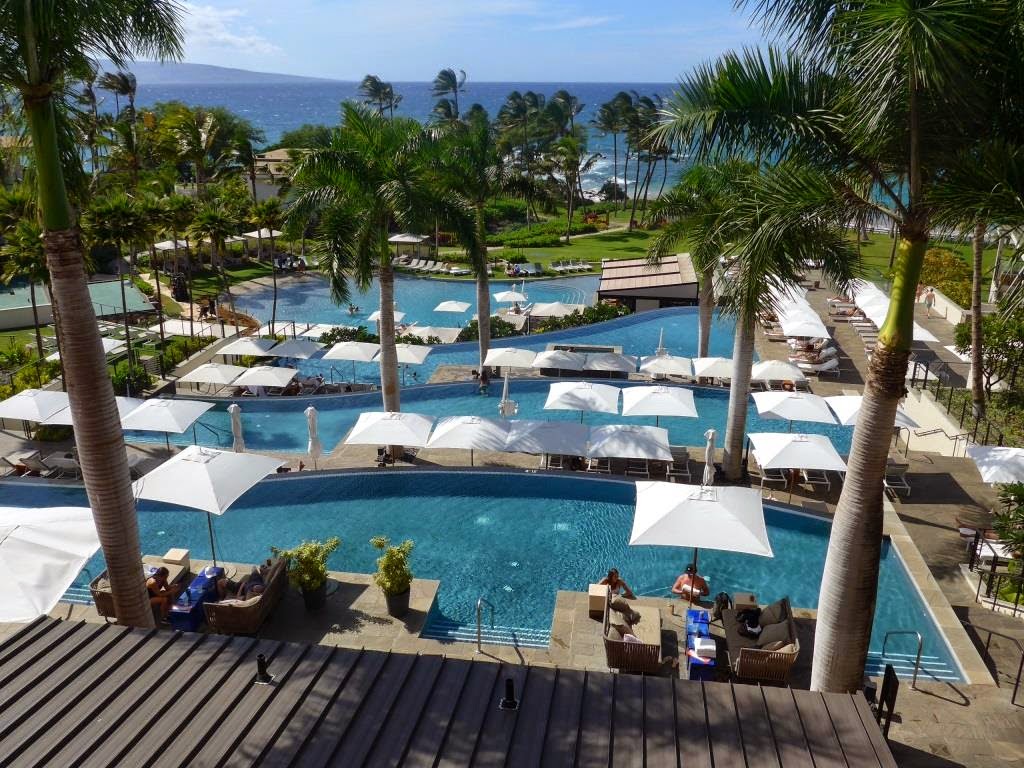 I was impressed with the new Andaz resort which is a new Hyatt brand. http://maui.andaz.hyatt.com/en/hotel/home.html It has just under 300 rooms and suites and is intended to compete with the nearby Four Seasons with room rates north of $500. But it has a very beautiful, elegant contemporary design and I was very impressed with the layered infinity pools and lobby that features an elegant sandbox. (I'm sure the cleaning staff aren't too happy with it!) 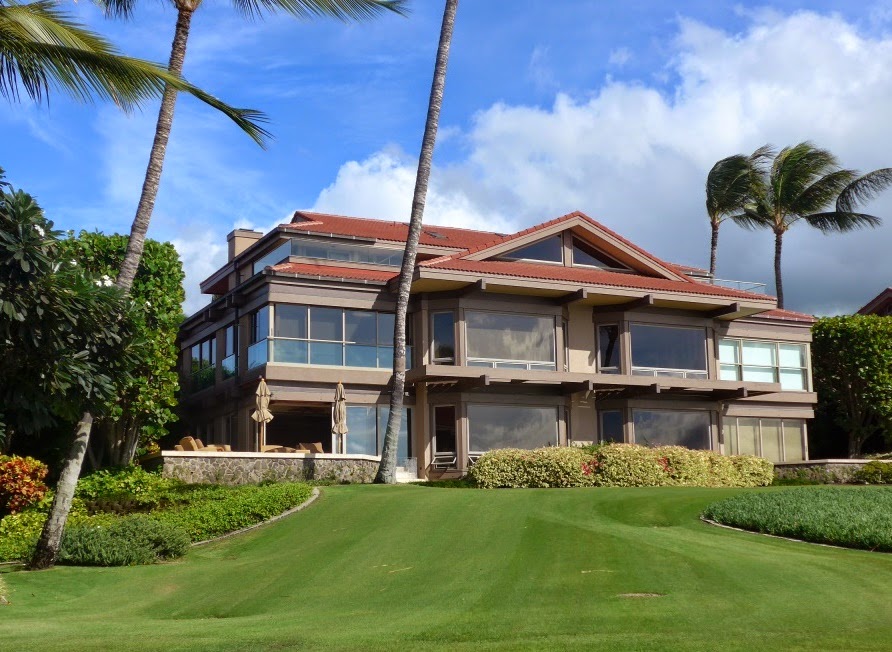 There are a number of other nearby condominium developments. I was intrigued by this complex that features four-plex units. Vancouver architect Ray Letkeman, who has a delightful place nearby, tells me they sell for millions more than I would expect.
After 4 days in Wailea we're heading off to the Hyatt Regency in Kaanapali for the next four nights. I haven't stayed there before, preferring Westin Hotels in the days when I was working with Westin and Aoki. But we'll see how it compares with the Fairmont, and I'll report back.

In the meanwhile, if you are planning a holiday in Maui, I would definitely check out the Fairmont Kea Lani and have the seafood zarzuela in the Ko restaurant. It was superb! 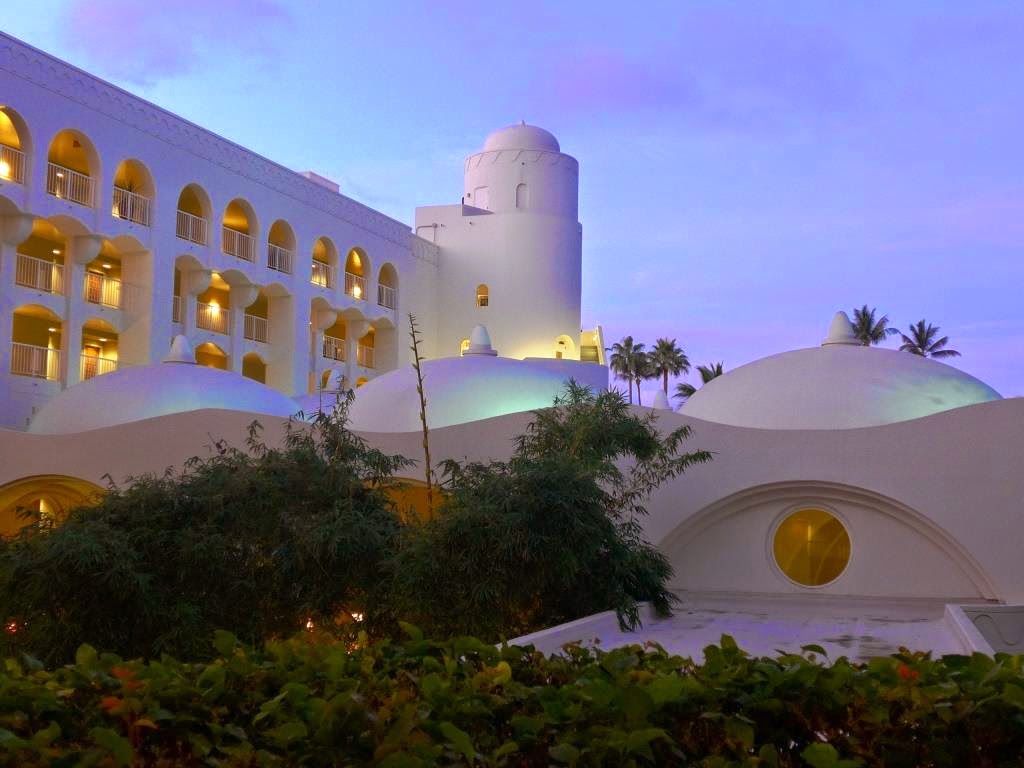 Posted by Michael Geller at 1:26 PM