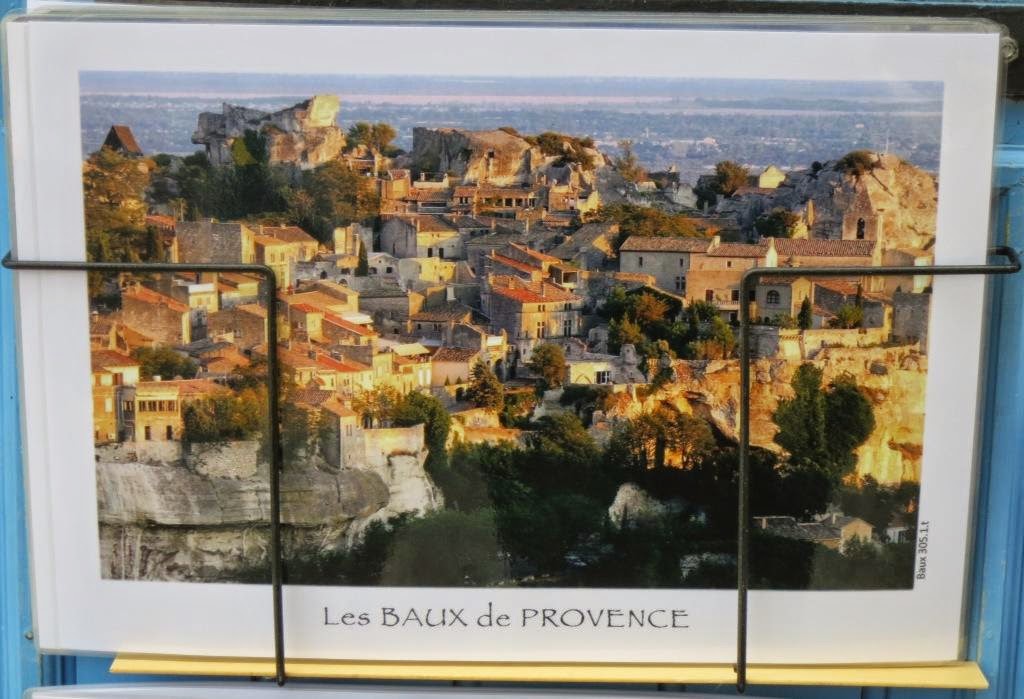 Before leaving Vancouver we received an email from Phil Boname to say he and Marilyn and some friends would be in France at the same time as us and we should connect. He suggested we join them at their second home in Cagnes sur Mer, or at the Grand Prix at Monte Carlo. He also mentioned he had a reservation for 6 at 8pm at a 2 star Michelin restaurant in Les Baux-de-Provence which could be changed to 8 or 10. He suggested that we invite Chuck and Margot to join us.

While we hoped to return to Cagnes sur Mer since we once did a house exchange there, we were so enjoying Provence and Languedoc we thought it might be best to stay in the area. So we passed. We also passed on the Grand Prix since Sally doesn't like the noise (even though new regulations have significantly dialled down the noise of F1 cars). But we did decide to book a night in the Oustau de Baumaniere in Les Baux http://www.oustaudebaumaniere.com/en/home and told Phil and Marilyn we would be delighted to join them for dinner. 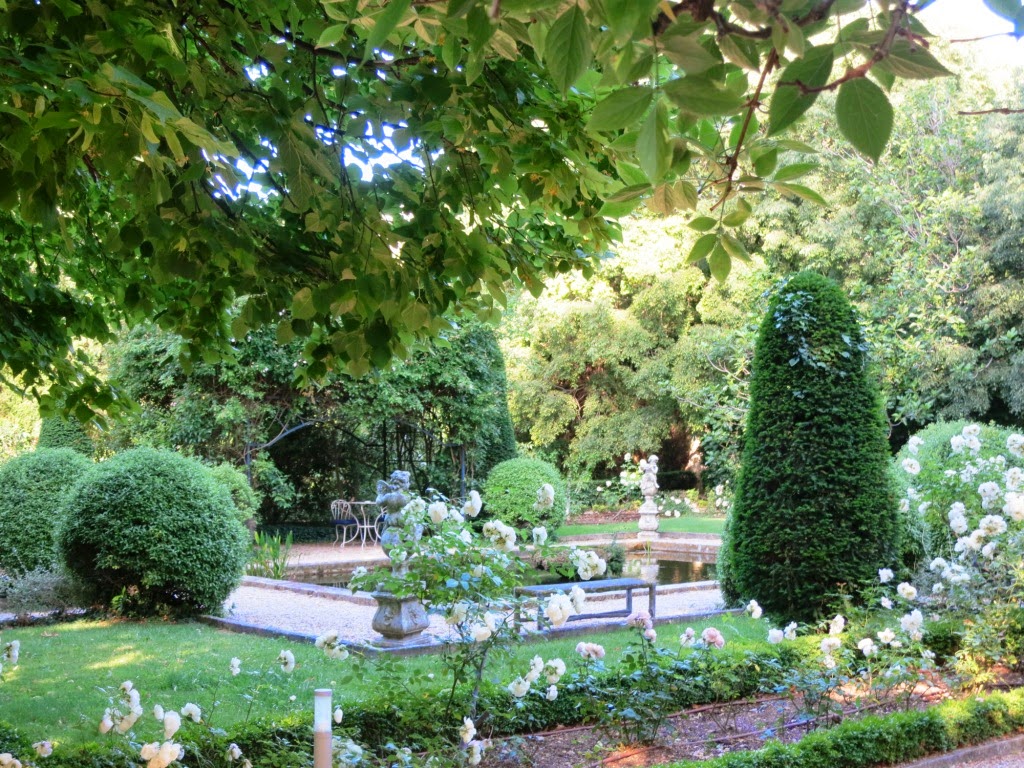 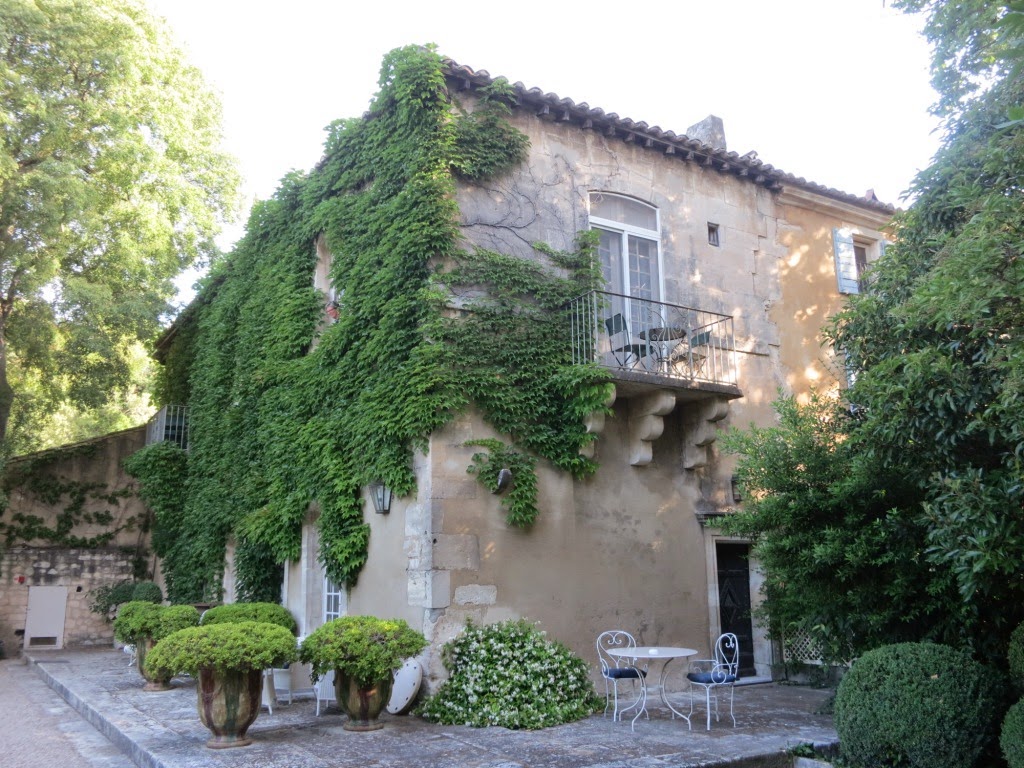 We arrived just after noon. We were told by reception that we had been upgraded to the Manoir (no doubt a result of Phil's gentle intervention) but our room would not be ready till 3. So we set off for the village. 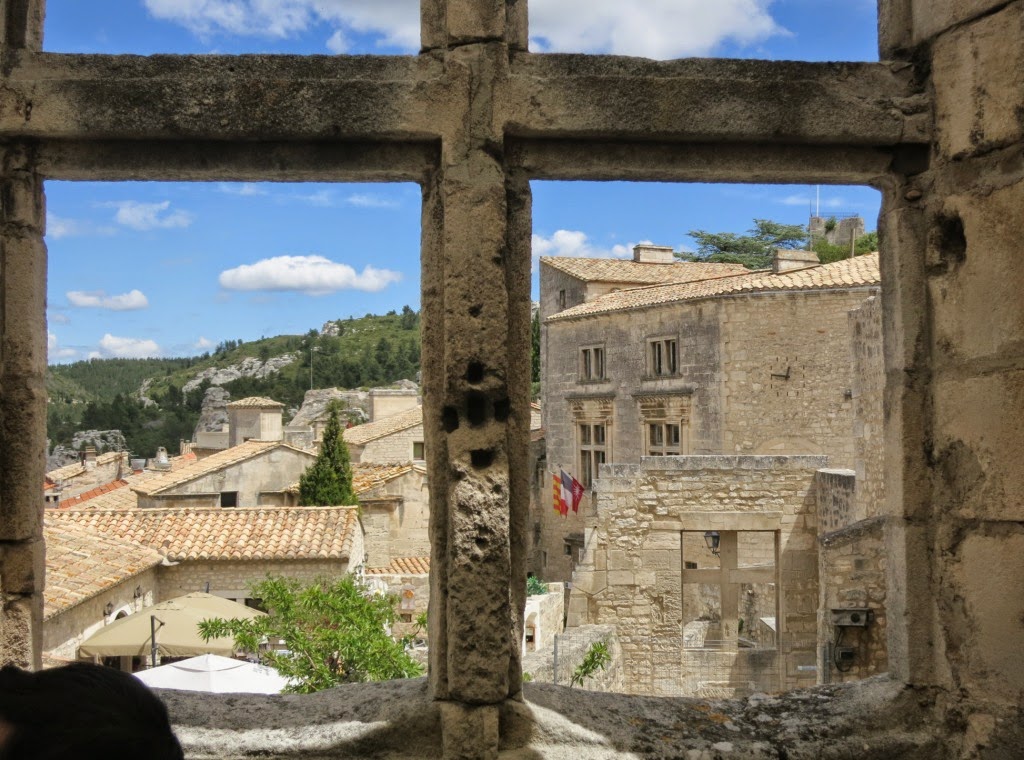 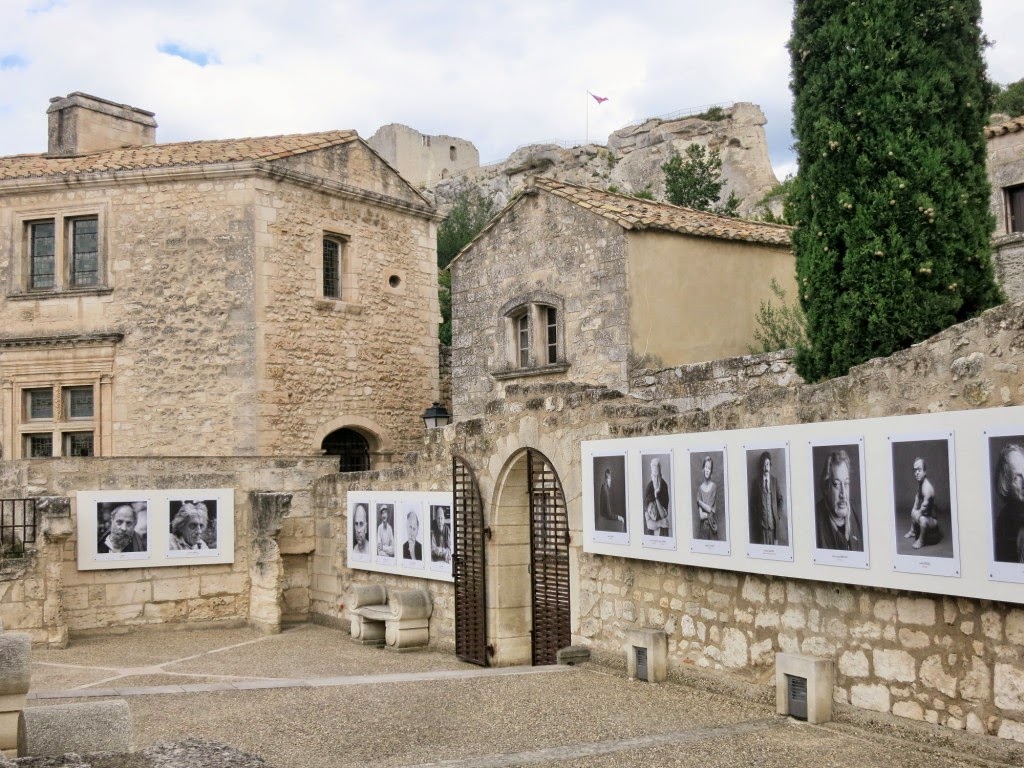 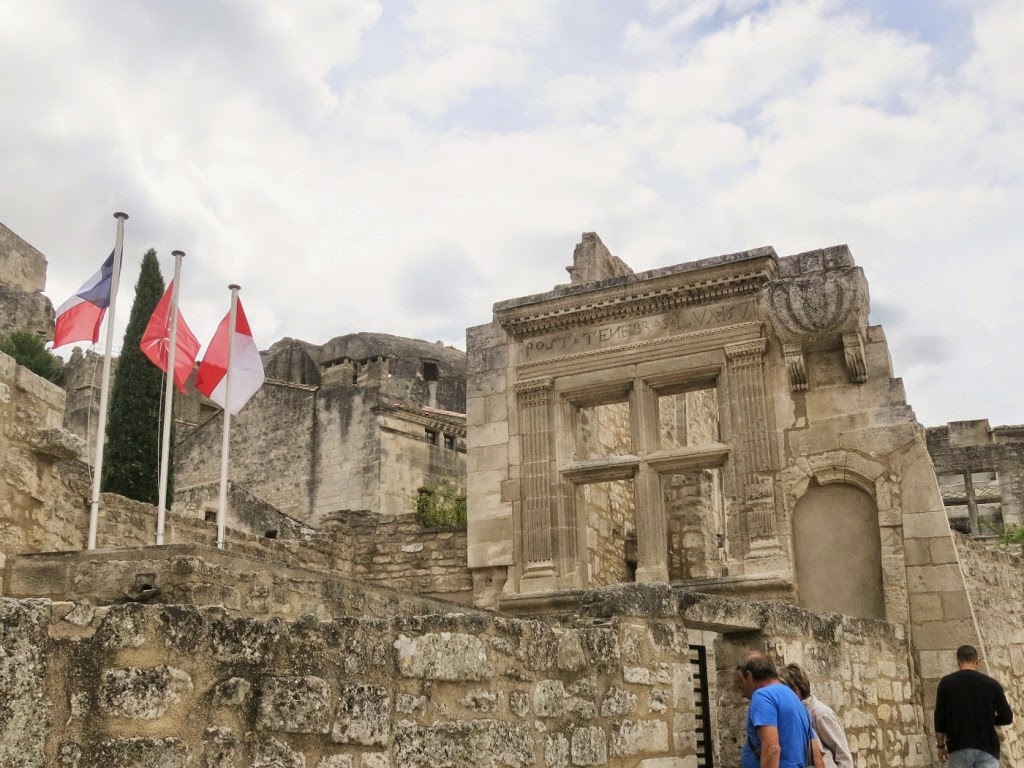 The medieval town of Les Baux-de-Provence has had an amazing history.As our guidebook noted, it's a too-good-to-be-true collection of sixteenth and seventeenth century churches, chapels and mansions.

However, for two hundred years from the mid 17th to mid 19th century both the citadel and village were inhabited almost exclusively by bats and crows. The discovery of bauxite brought back some life and today it is a major tourist attraction. 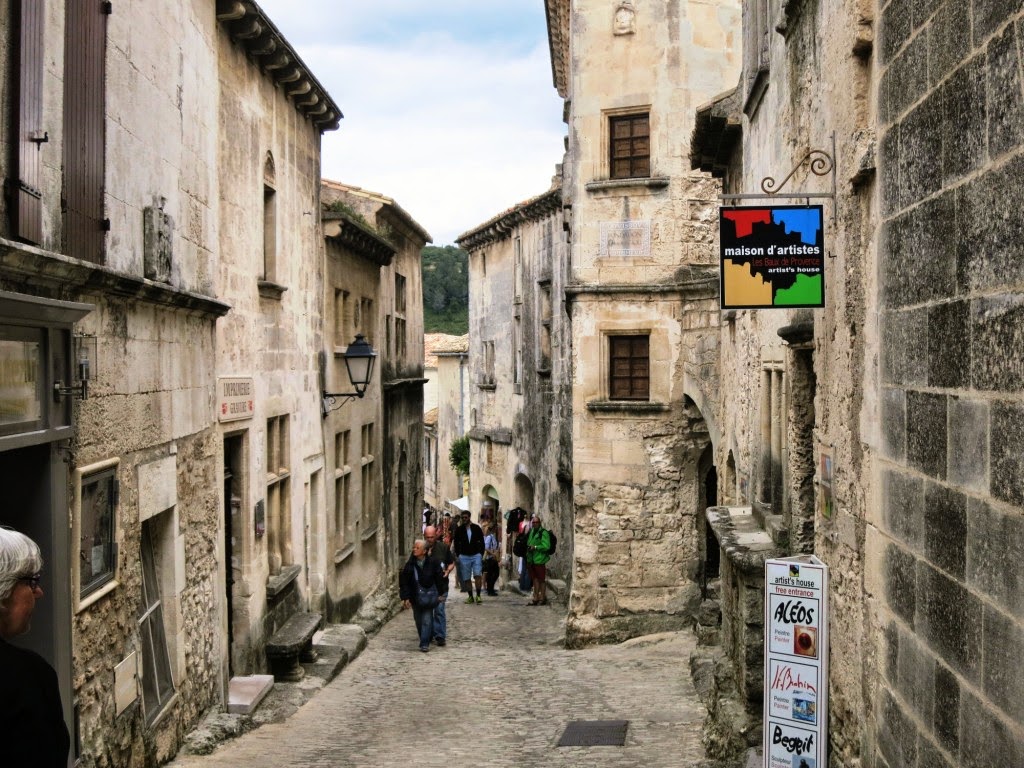 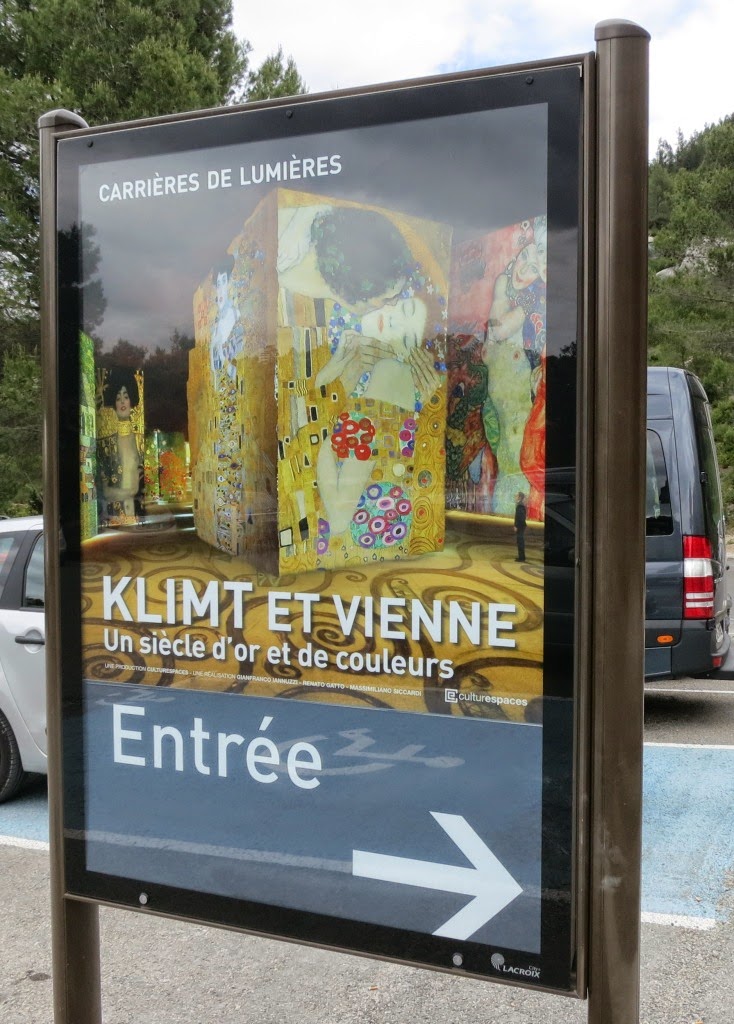 After wandering around the town we visited an amazing sound and light show in the Carrieres de Lumieres, the former bauxite quarry. It was unlike anything we had ever experienced before. (Although if you go, take a sweater!) 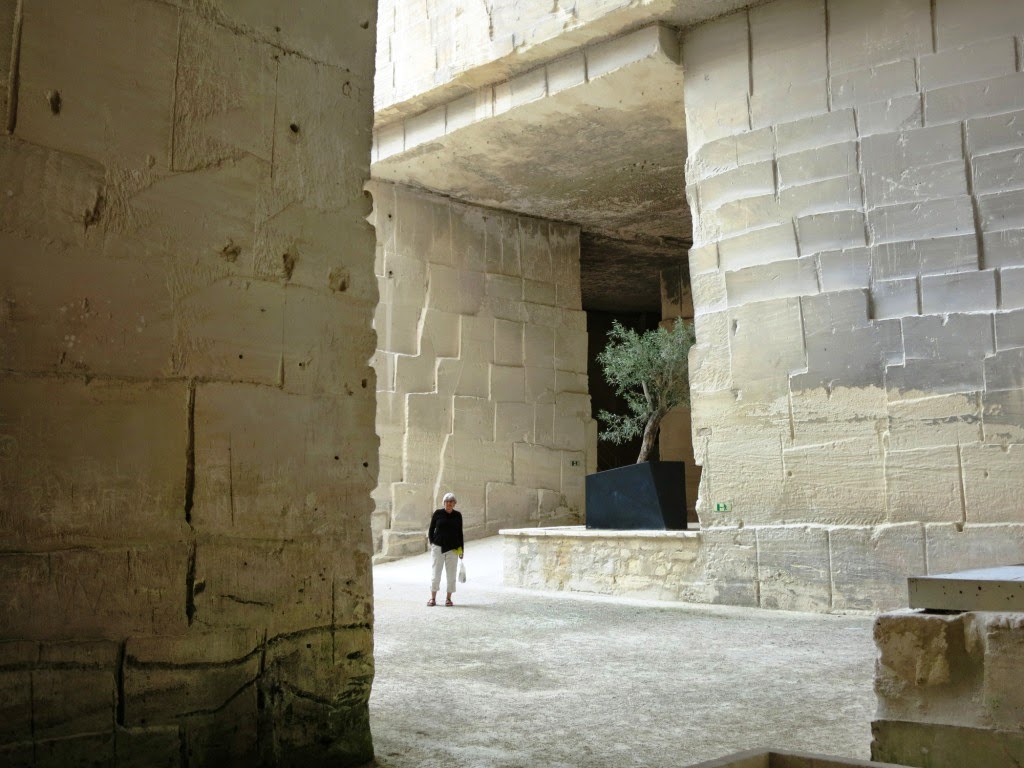 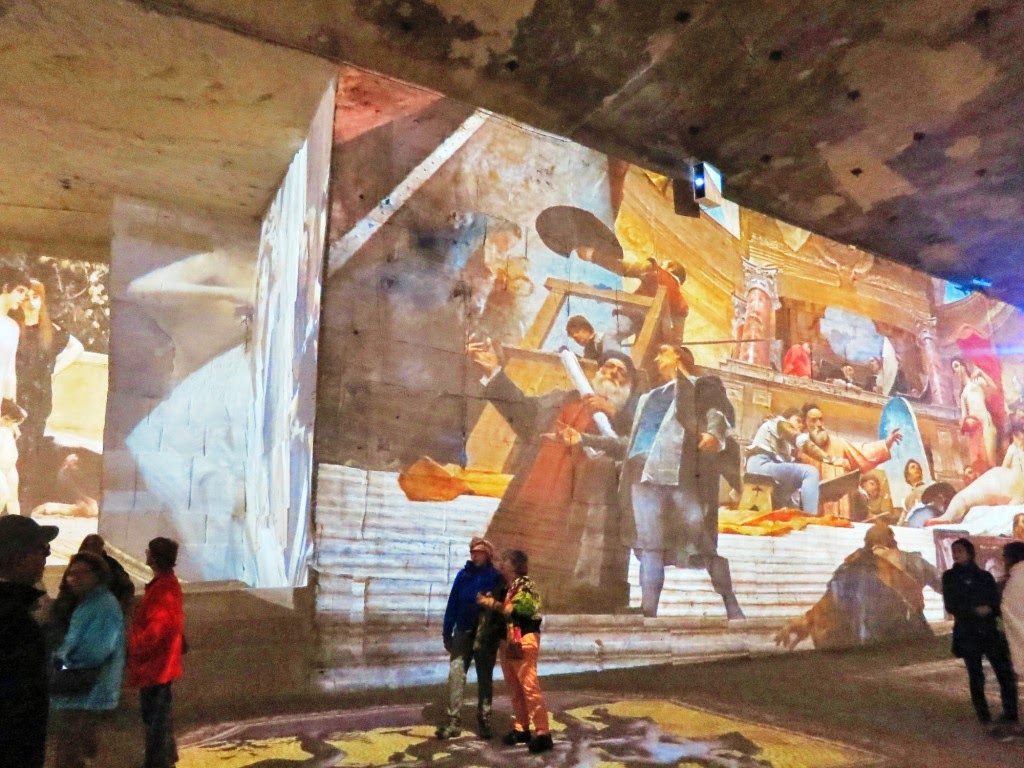 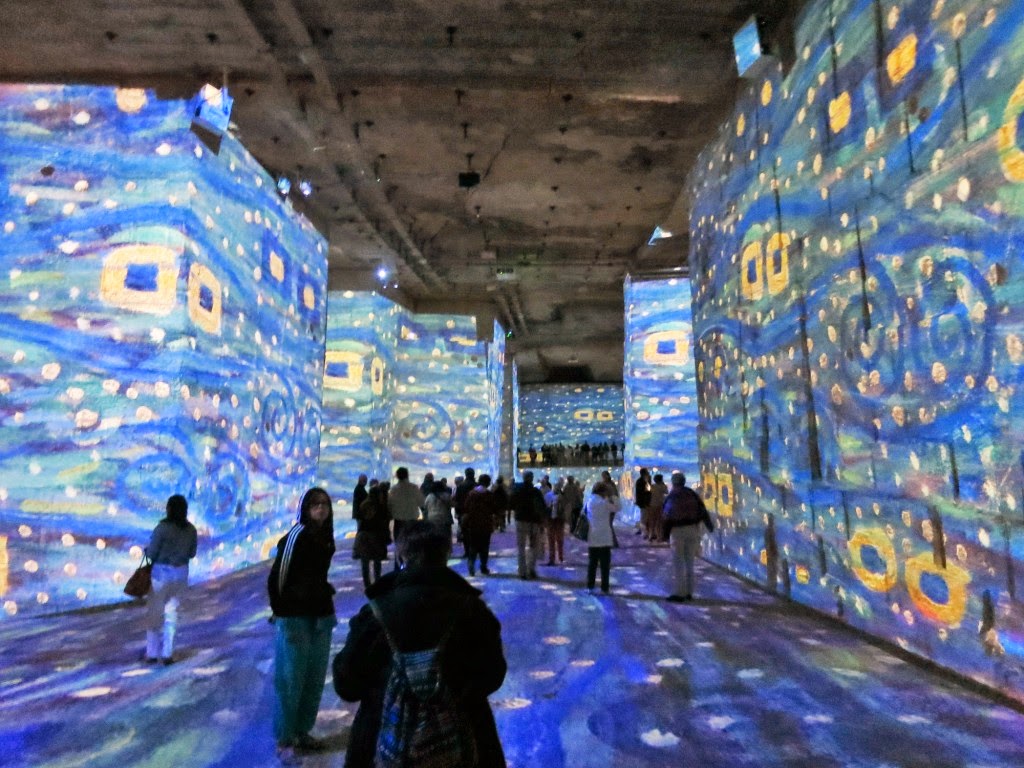 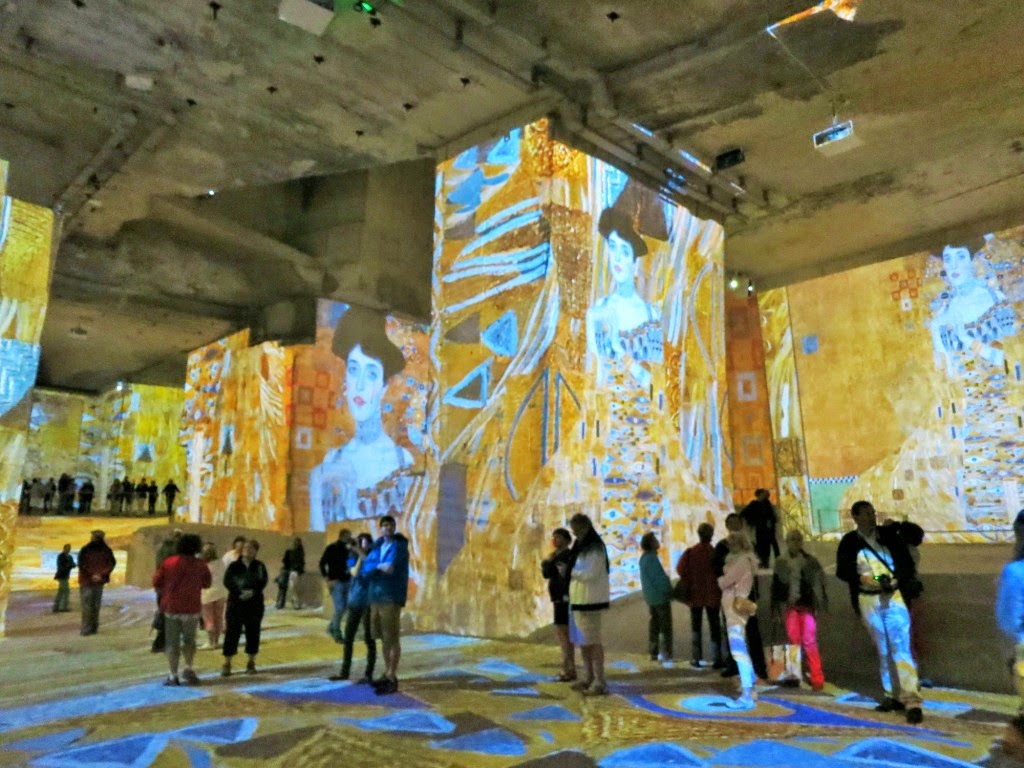 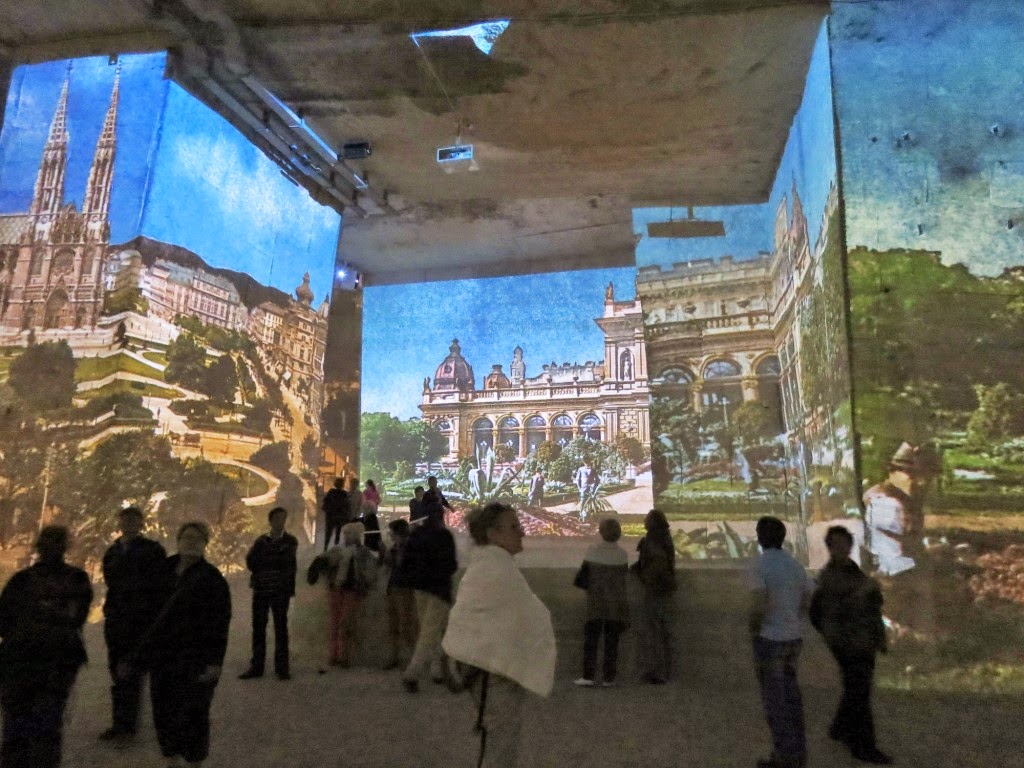 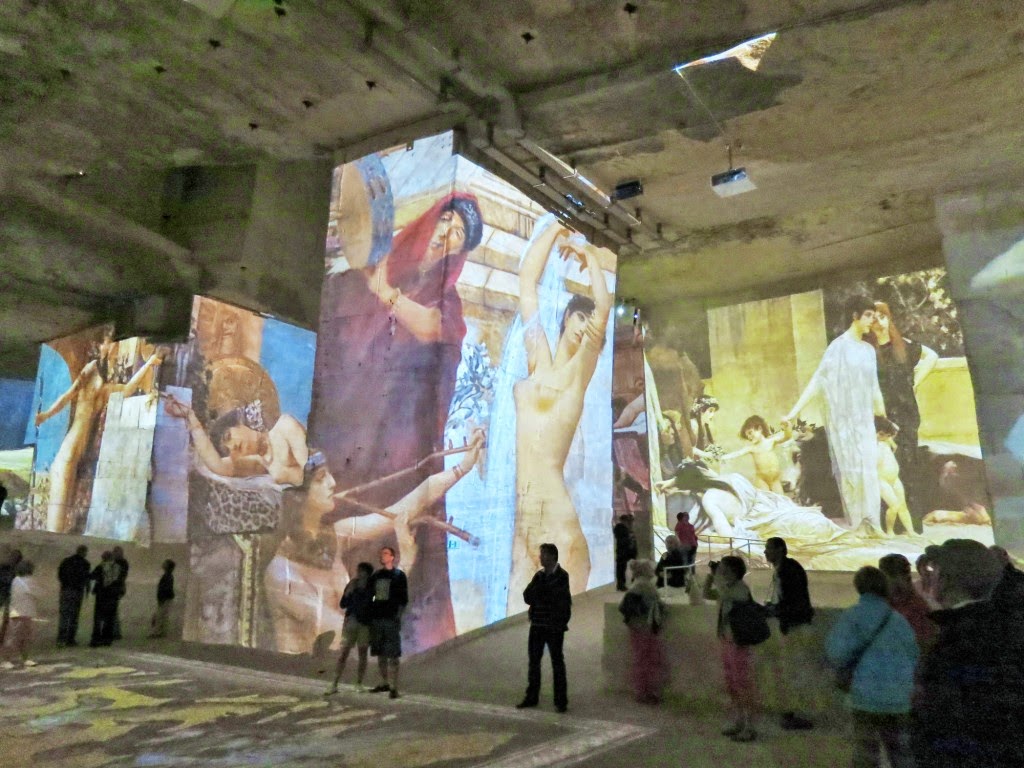 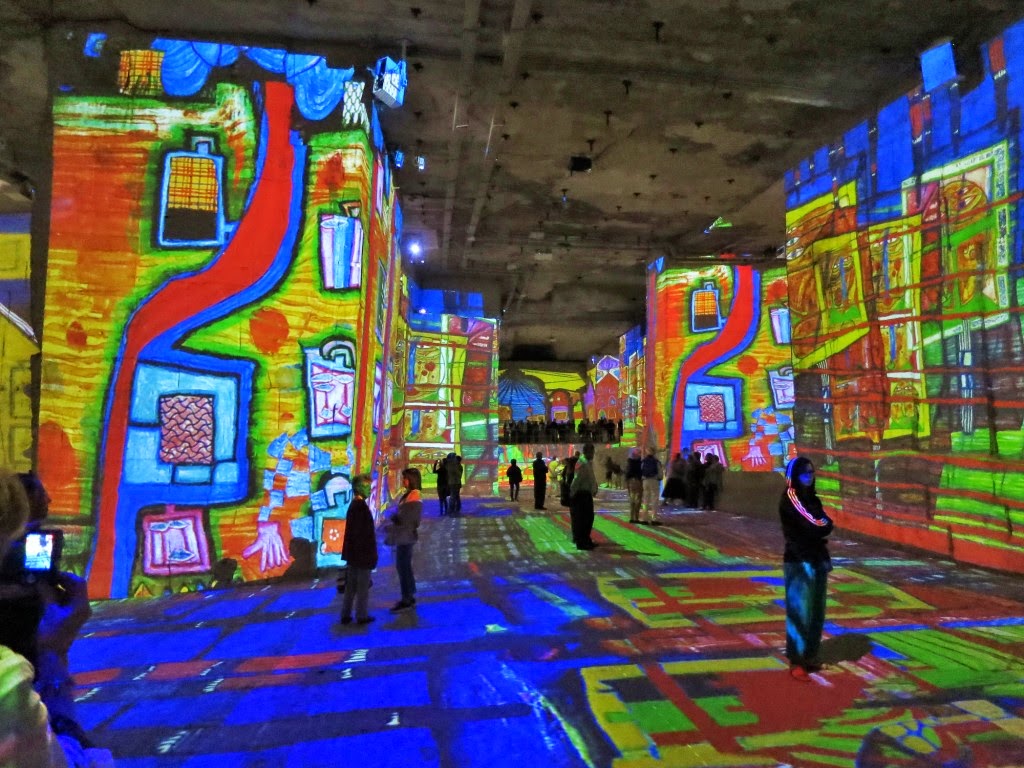 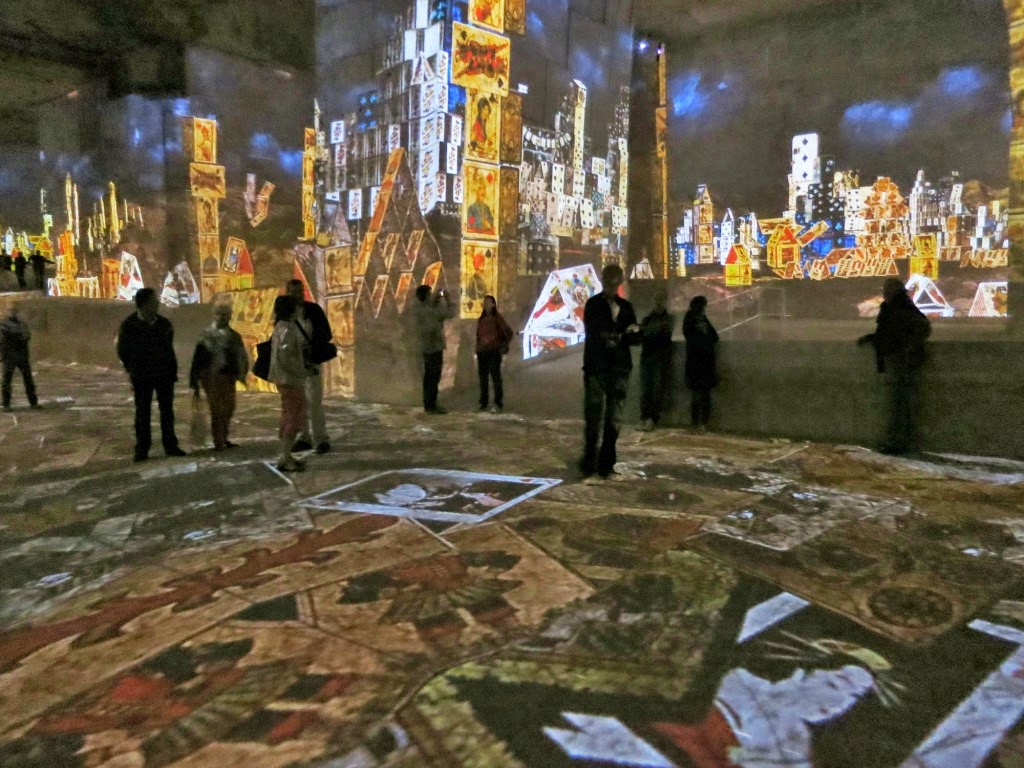 We then returned to the hotel, and relaxed for the afternoon. While there were two pools and a wonderful spa, the weather changed a bit and we were not tempted. Also, our suite was so large it seemed a shame to leave it.

Around 6 Phil, Marilyn and their friends Lucinda Fothergill, Wayne Kozak, Penny Lehan and Ron Bogdonov arrived in a very large vehicle and by 7:45 we were all in the garden of the restaurant drinking champagne. While Sally was worried whether the other dinner guests would be able to speak English, she need not have worried. They all lived in the Cowichan Valley!

Indeed, we were surprised to learn that Phil and Marilyn had purchased a heritage farm and were living in a  house converted from a 100 year old model dairy barn near Cobble Hill and Maple Bay where they keep their boat. 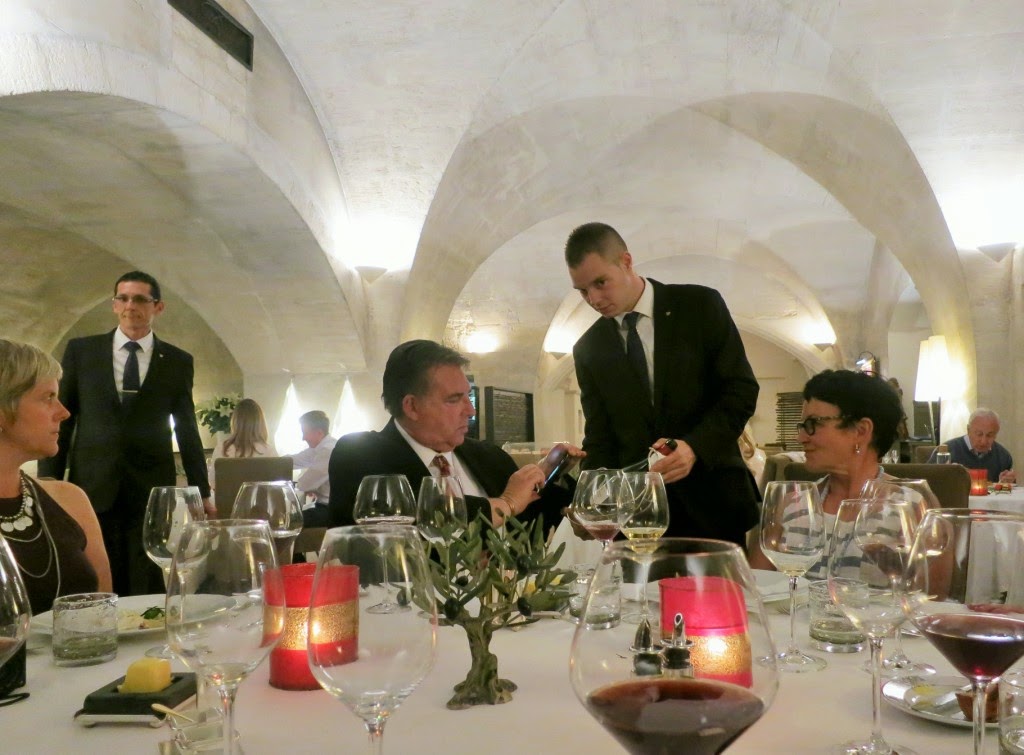 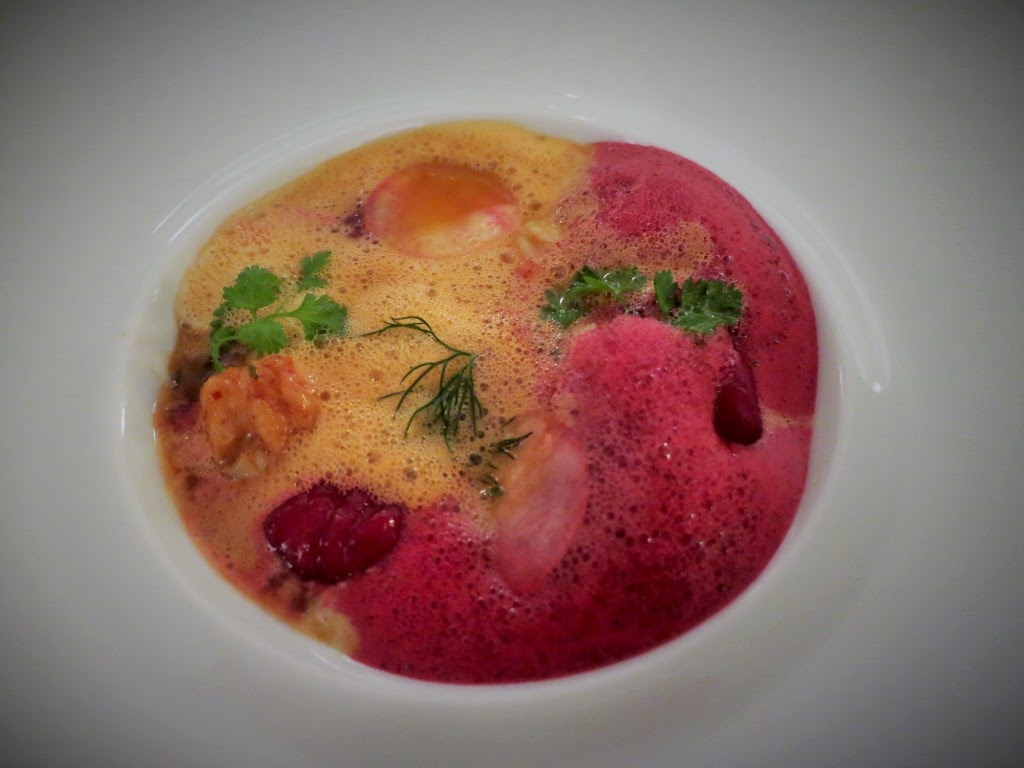 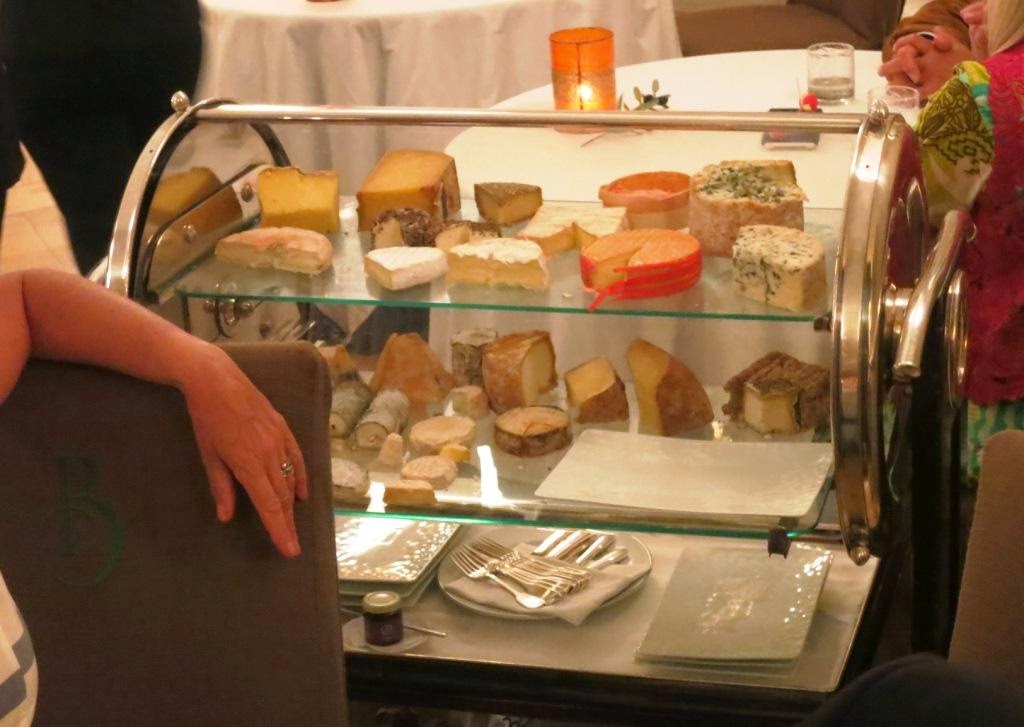 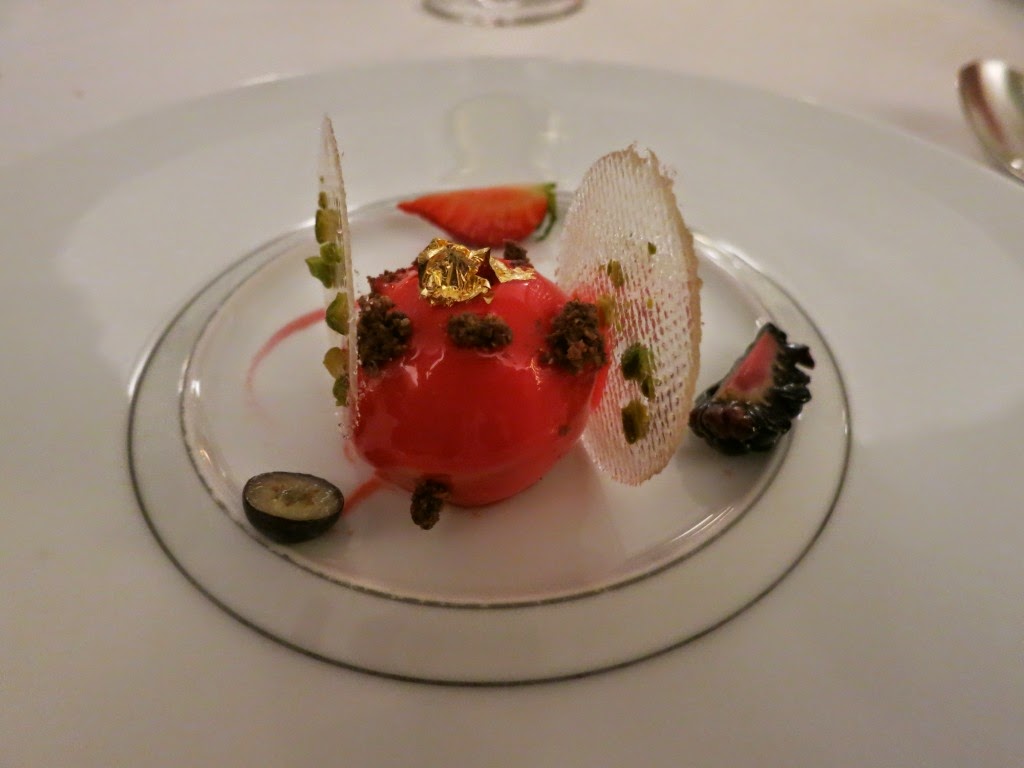 The dinner was superb, and enhanced by our dinner companions by virtue of their considerable knowledge of wine and food. For us it was the most extravagant meal we had ever had, but we were not disappointed. Phil's selections of wines was a significant departure from the wines we had generally been drinking.

(Do not ask Chuck and Margot about the time I asked one of their dinner guests, a highly regarded wine expert, if she could tell me more about a wine I had brough with me from the Luberon. Litle did she know it had arrived in a re-filled plastic coke bottle...but she seemed to guess by the way she spat it out onto the ground!) 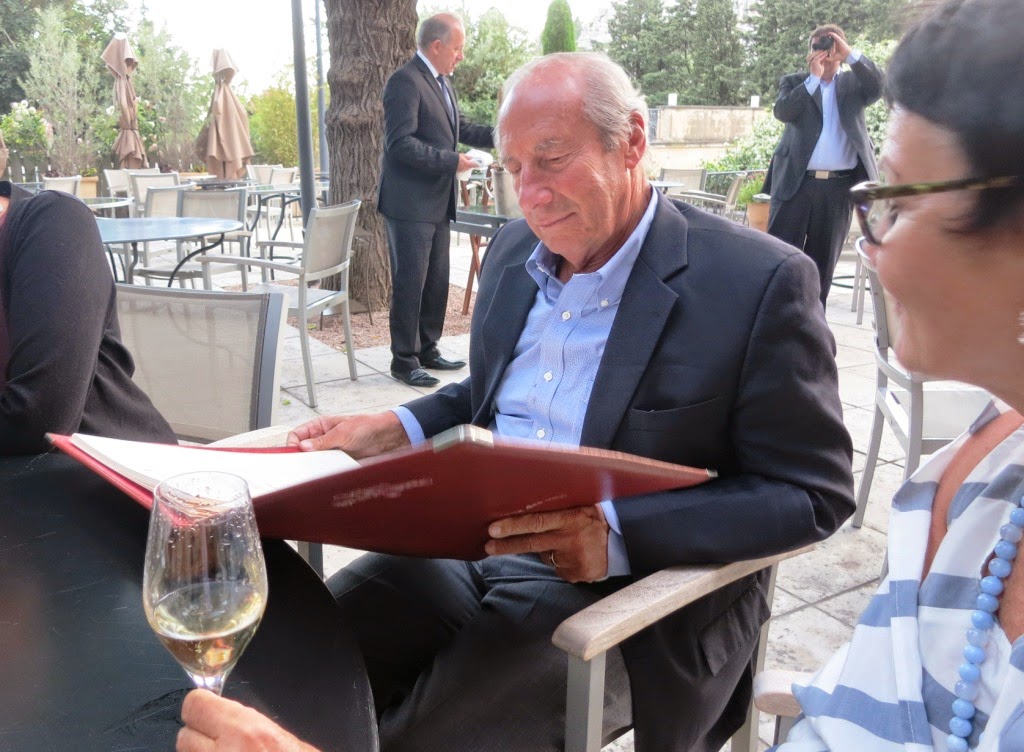 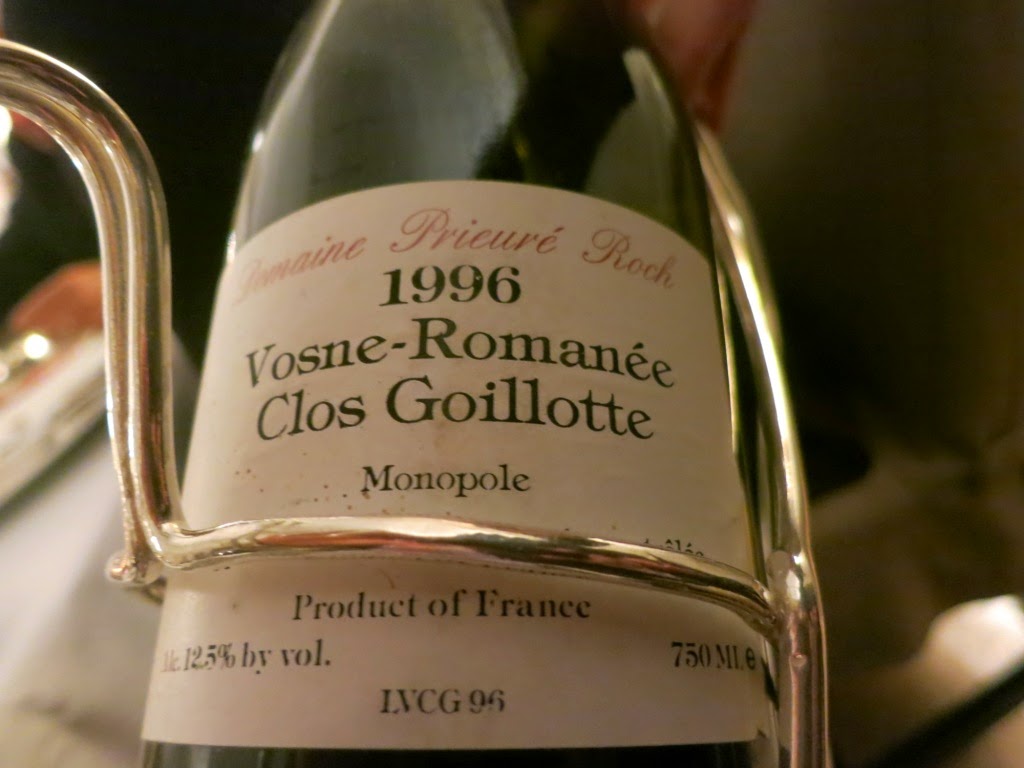 None of the wines Phil ordered from the wine book...it wasn't a list....it was a book... came in plastic bottles. Indeed, they were all about 20 years old and were quite remarkable. While some people often make fun of people who rave over very good wine, the fact is it usually has a remarkable and memorable taste. That certainly was the case that night. 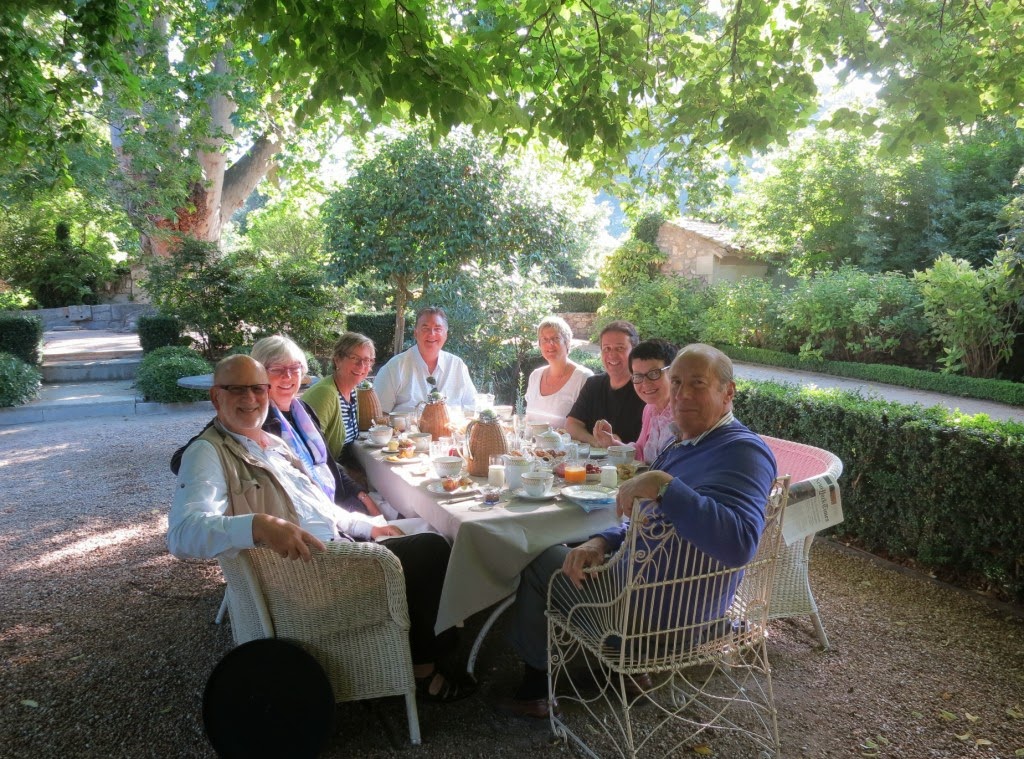 8 1/2 hours later, the 8 of us had a beautiful breakfast which the staff had especially prepared for us in the garden. It too was superb. 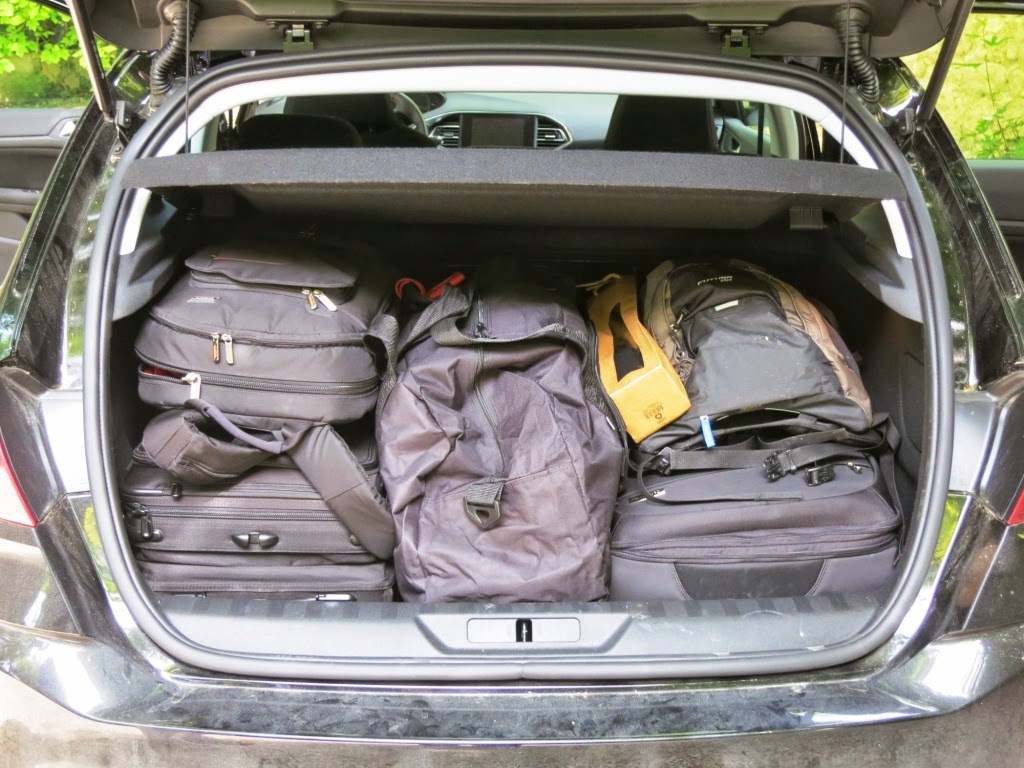 After breakfast we packed up the car and set off for Marseille. It was only a one hour trip, but we arrived in a very, very different place. While portions of the Vieux Port are quite beautiful, and some of the new cultural developments are most impressive, many Marseille neighbourhoods feel quite unsafe, and are visually disturbing, in part due to the excessive graffiti.

However, while I trip ended in Marseille, Les Baux-de-Provence with Phil and Marilyn and friends was truly a grand finale to our three week holiday in France.

Posted by Michael Geller at 6:21 PM