The oldest synagogue in France. The second oldest in the Diaspora 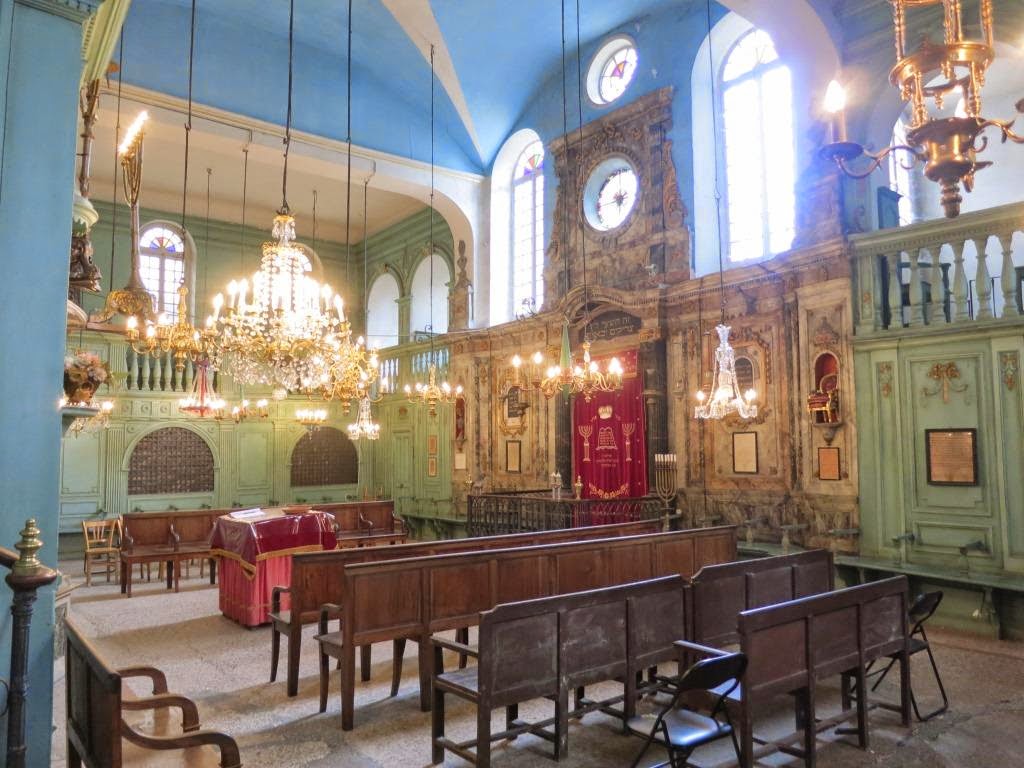 While I visited a lot of churches on this trip, I didn't see any synagogues until I arrived in Carpentras. The city dates back to Roman days. However, there's evidence of a Jewish community dating back to the 13th century. They were invited there as "The Pope's Jews" but moved to a ghetto in the 16th century. 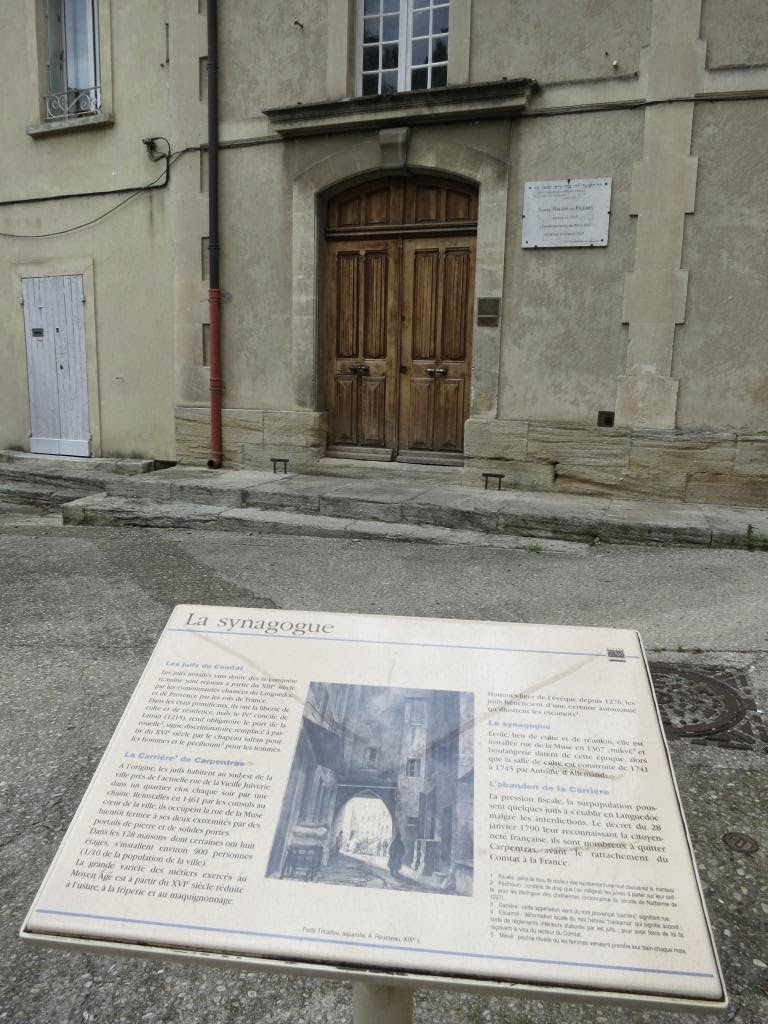 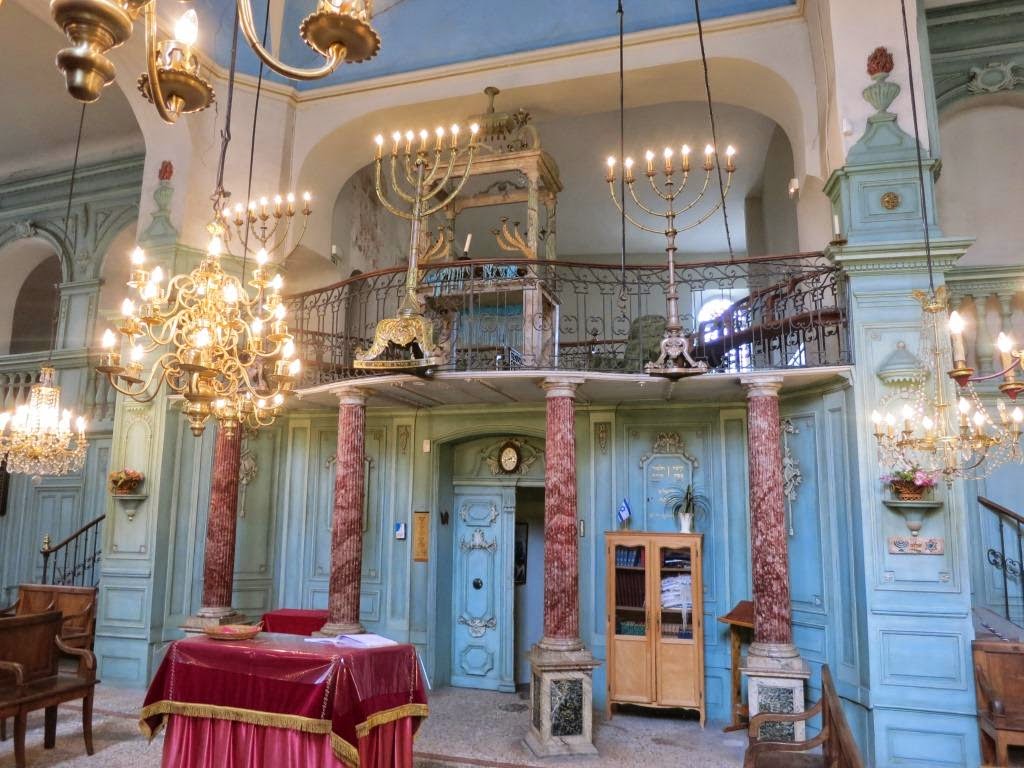 The building of a synagogue began in 1367 and it was enlarged in two stages between 1741 and 1776. On the first floor is the mikvah or ritual bath.

The synagogue owned two bakeries, one to make bread for the sabbath, and one to make coudoles or matzah for passover. Poultry and small animals were slaughtered in a small yard outside the synagogue, with a built-in waste water system. 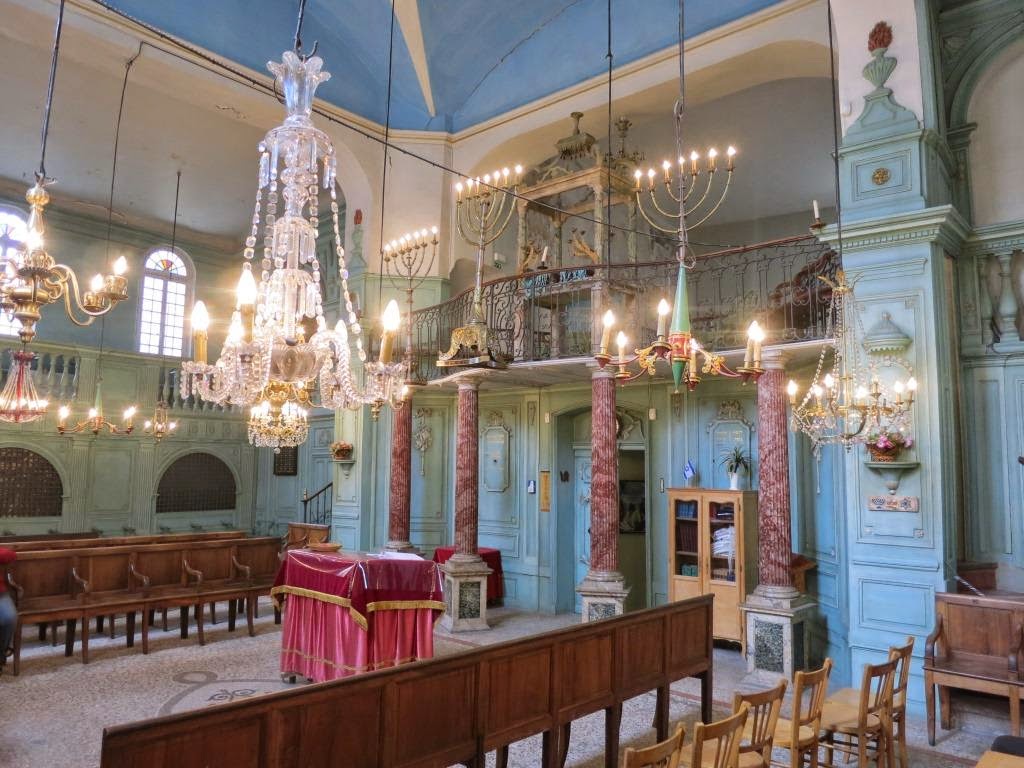 While the entrance to the synagogue is up a steep internal stair, I was very impressed with the overall look and feeling of the sanctuary. The colours and interior design are quite different from anything else I have seen. 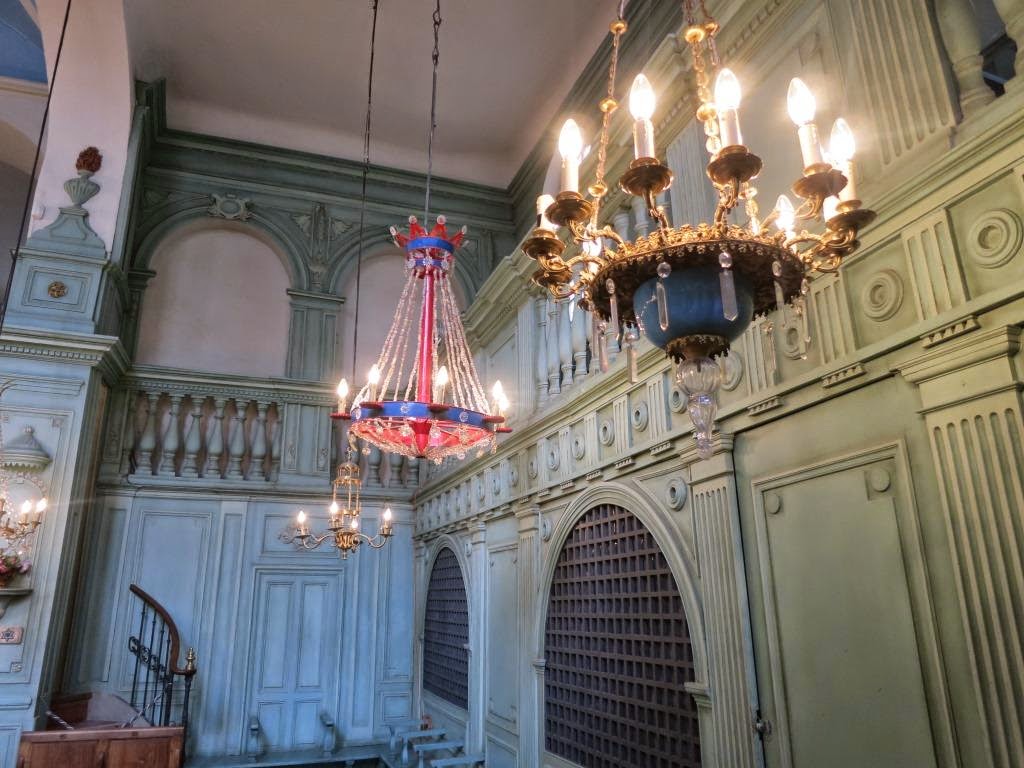 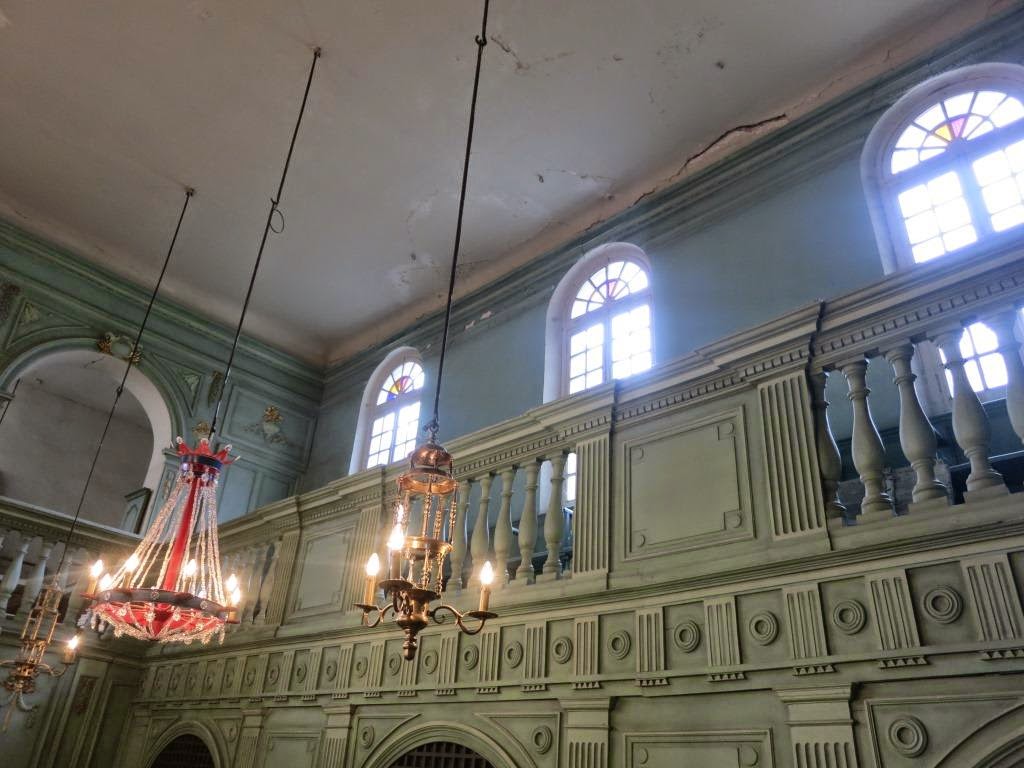 Sadly the synagogue needs repairs but the small community does not have the funds to carry them out. I was told they also need someone to prepare measured drawings of the building. I suggested that they contact the French Architectural Association or French architectural schools. They claimed they did not have success doing this in the past.

Perhaps it would be a great project for some North American architectural students. A month in Carpentras could be a wonderful experience.
Posted by Michael Geller at 8:19 AM