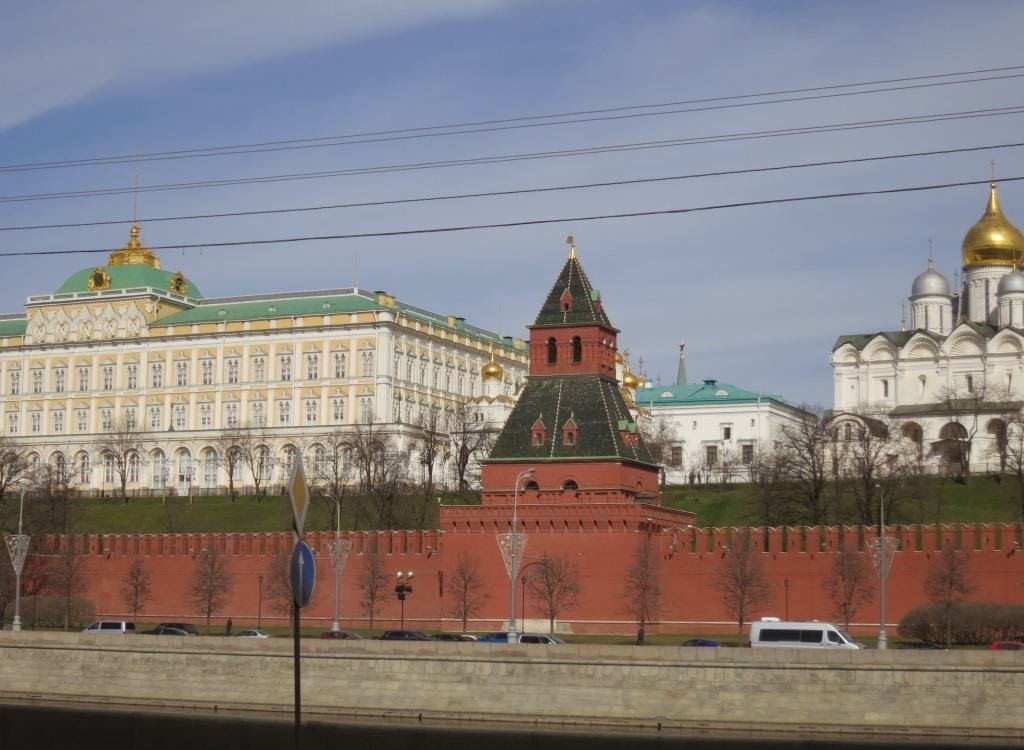 After 10 exhilarating days in Ukraine I returned to Moscow last Sunday to participate in the final jury session for the IFC Competition www.mfc-city.com. 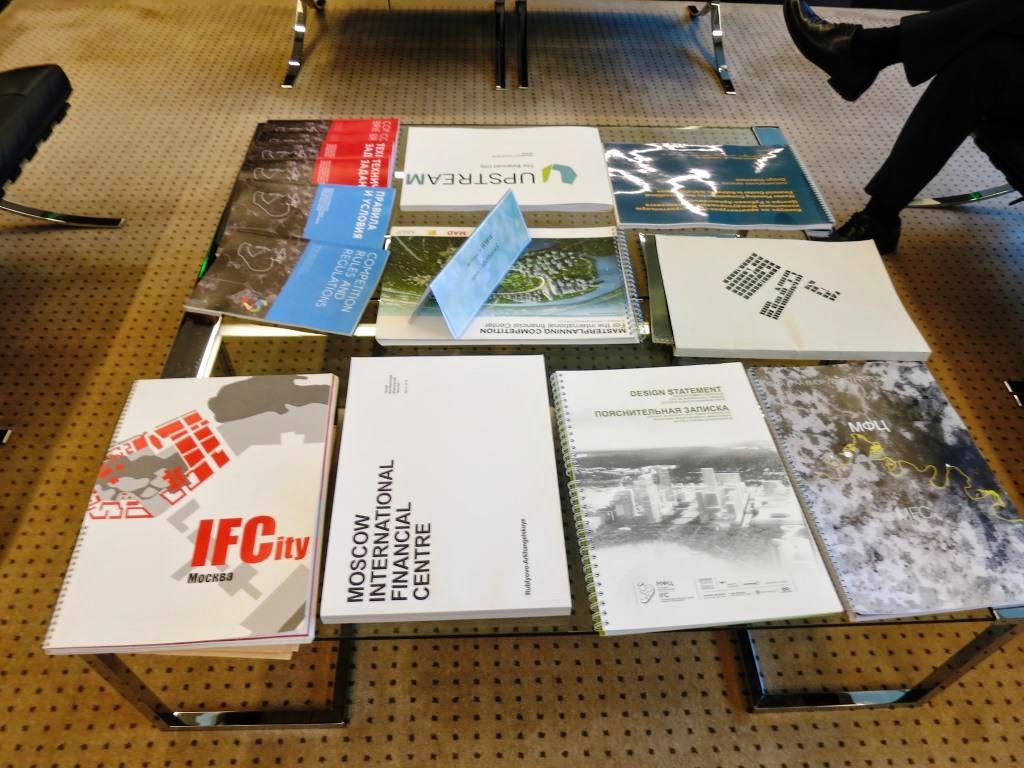 The 8 shortlisted teams, which had been paid 200,000 euros each, had submitted their proposals and technical reviews had been completed by Strelka Institute staff and a panel of experts in transportation, urban design, etc. 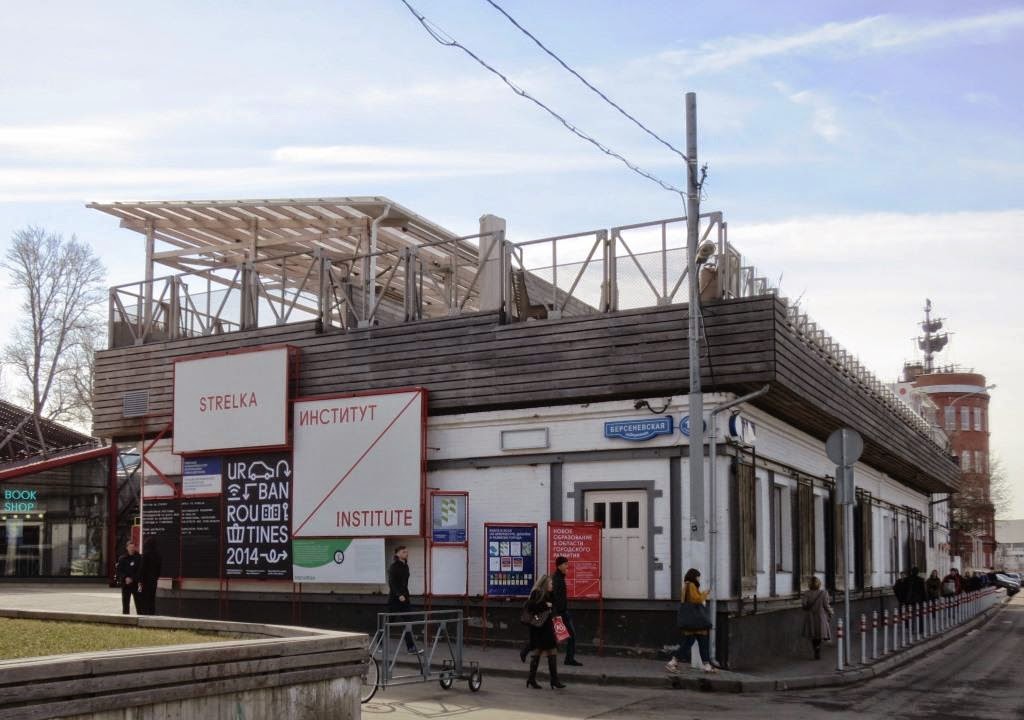 Strelka
http://www.strelka.com/?lang=en is a non-profit international educational project, founded in 2009. It offers an education program on urbanism and urban development, a public summer program, the Strelka Press publishing house, and KB Strelka, the consulting arm of the Institute. 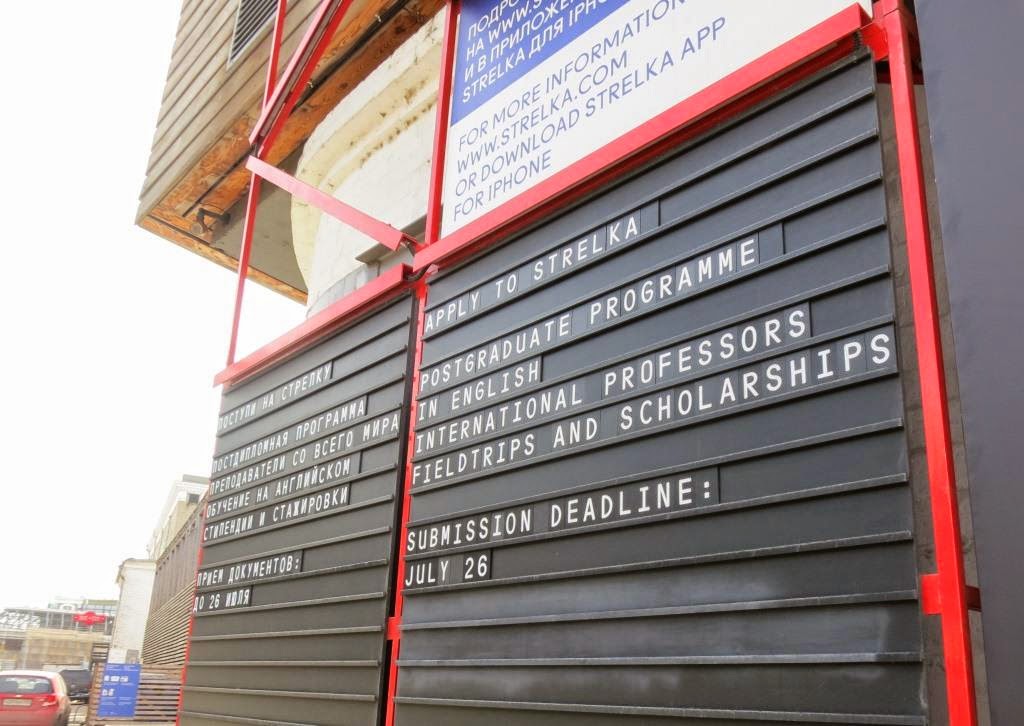 Each year, Strelka welcomes young professionals from all over the world who work together in a nine-month post-graduate program that explores issues related to Russia's urban development in English. Students apply annually and those who are selected pay no tuition and are provided with housing. I would highly recommend that Canadian students interested in this field check it out.

KB Strelka provides strategic consulting services in the fields of architecture and urban planning, as well as cultural and spatial programming. In addition to the International Financial Centre competition, it organized a competition for Zaryadye Park, a major park in central Moscow for which Gaetan Royer and Heather Deal served as jurors.

Review by IFC Jury
The fourteen member jury spent two days reviewing the proposals and narrowed them down to three for further consideration by the client, Sberbank, Russia's largest bank, and its professional advisers. 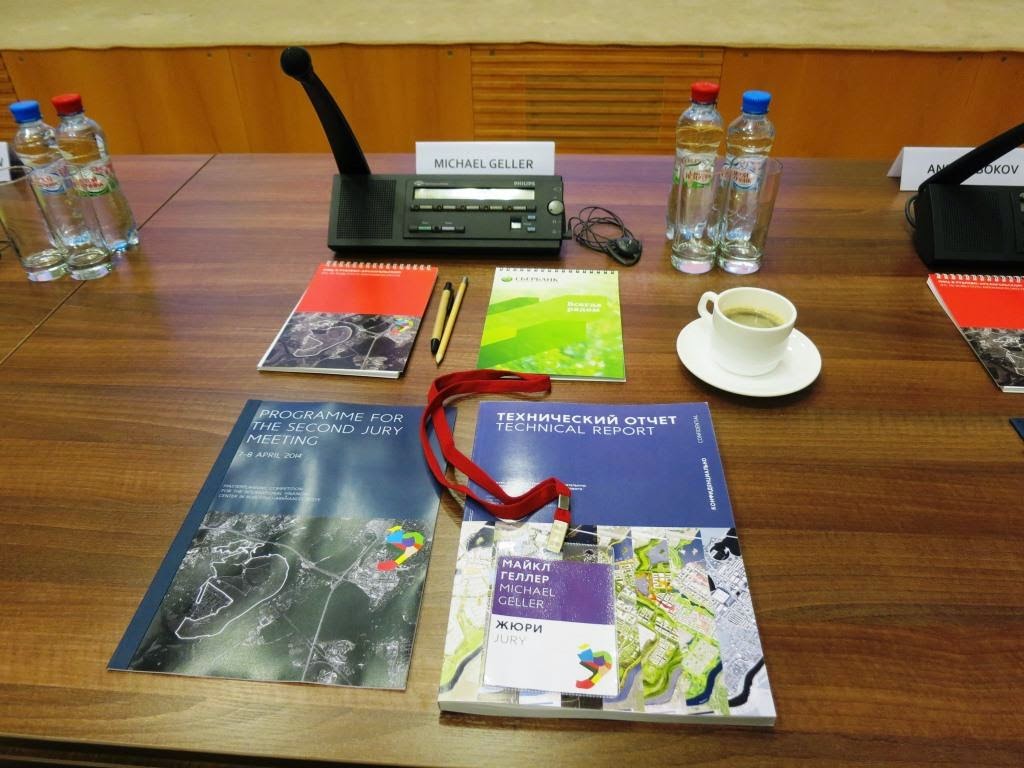 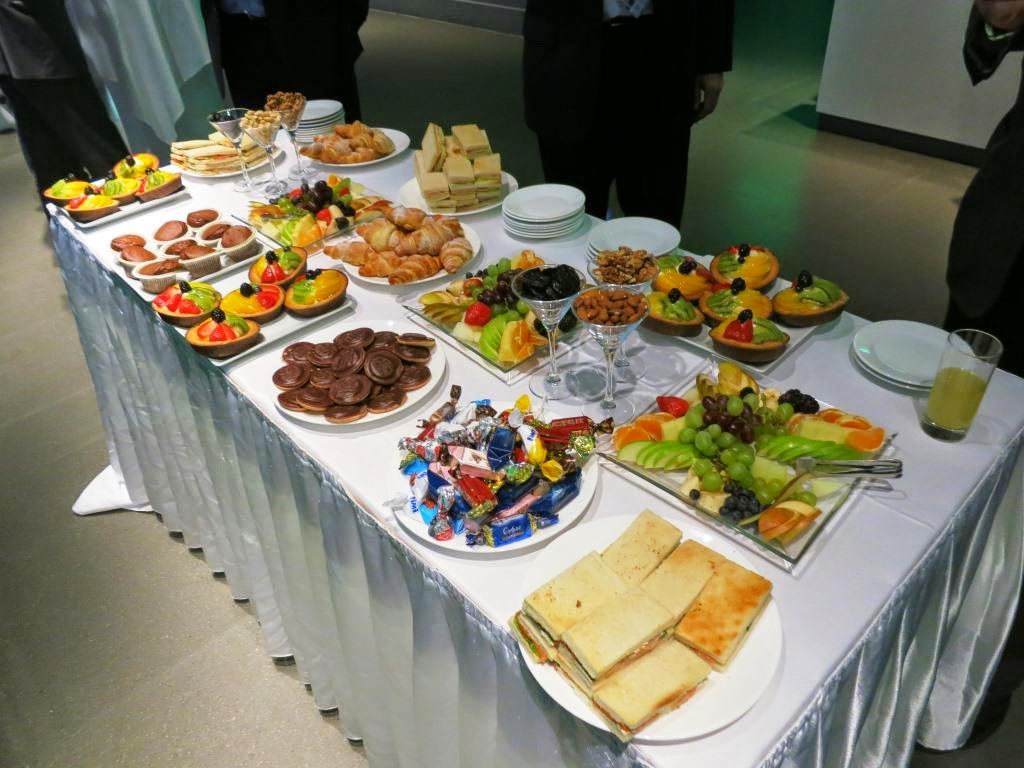 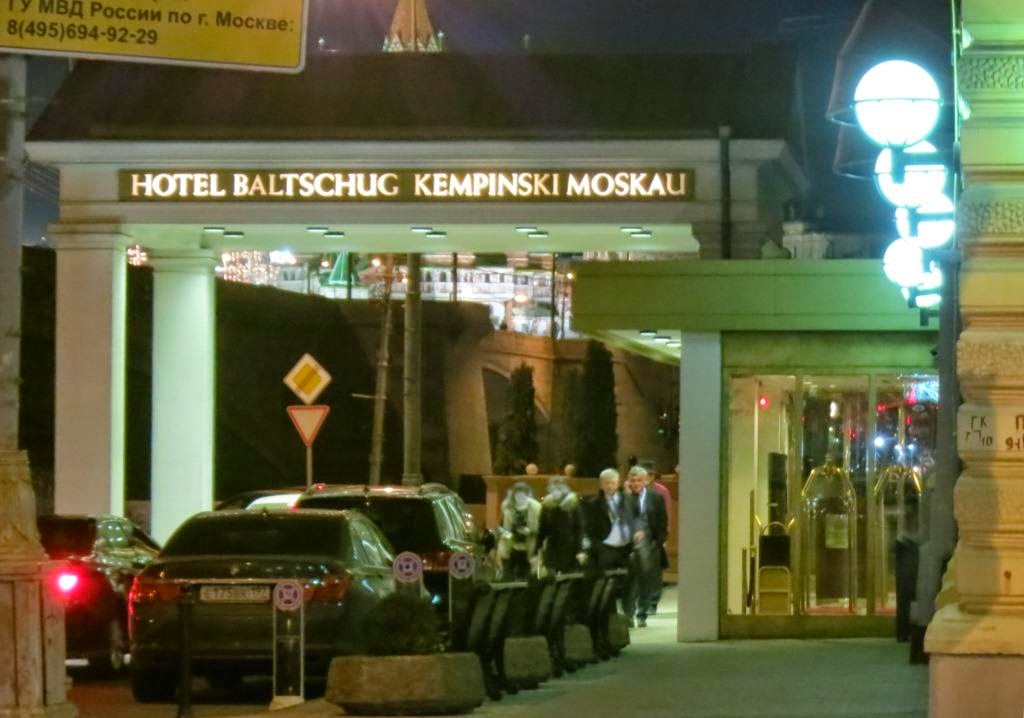 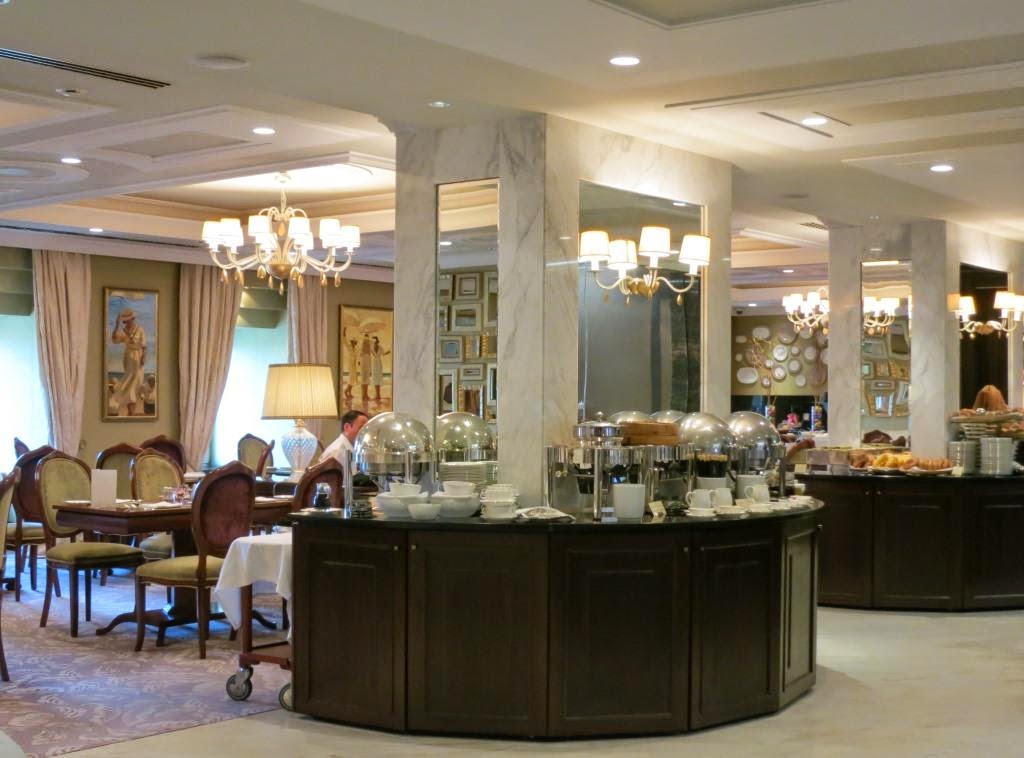 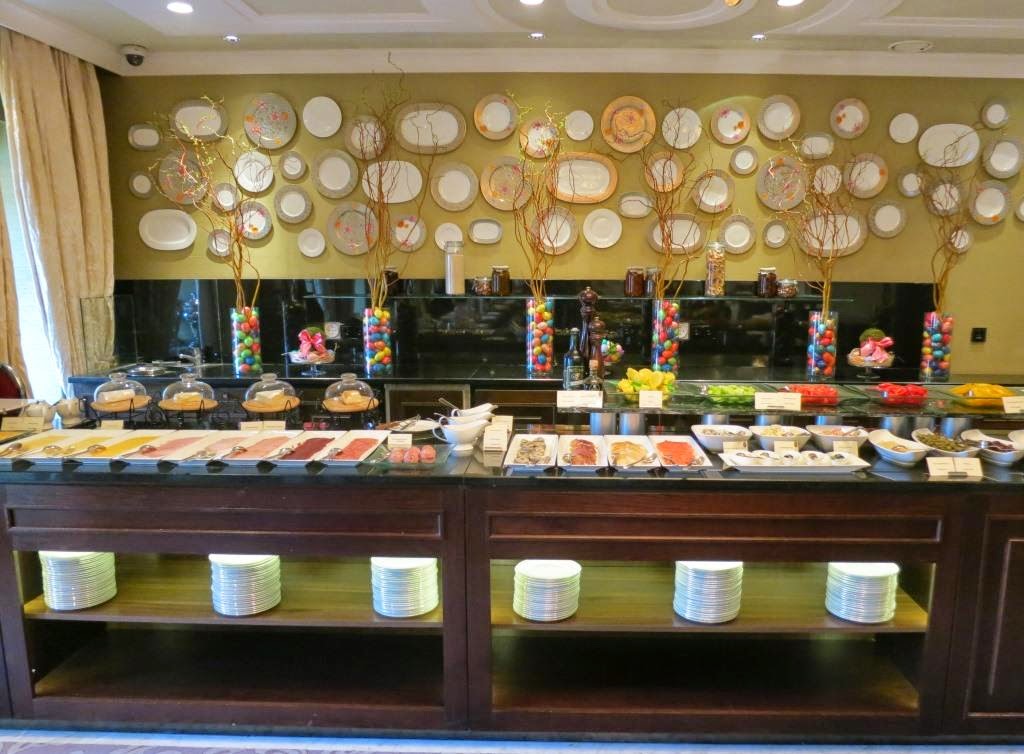 We were put up at the Kempinsky Baltschug Hotel, situated between the Kremlin and the Strelka Institute. 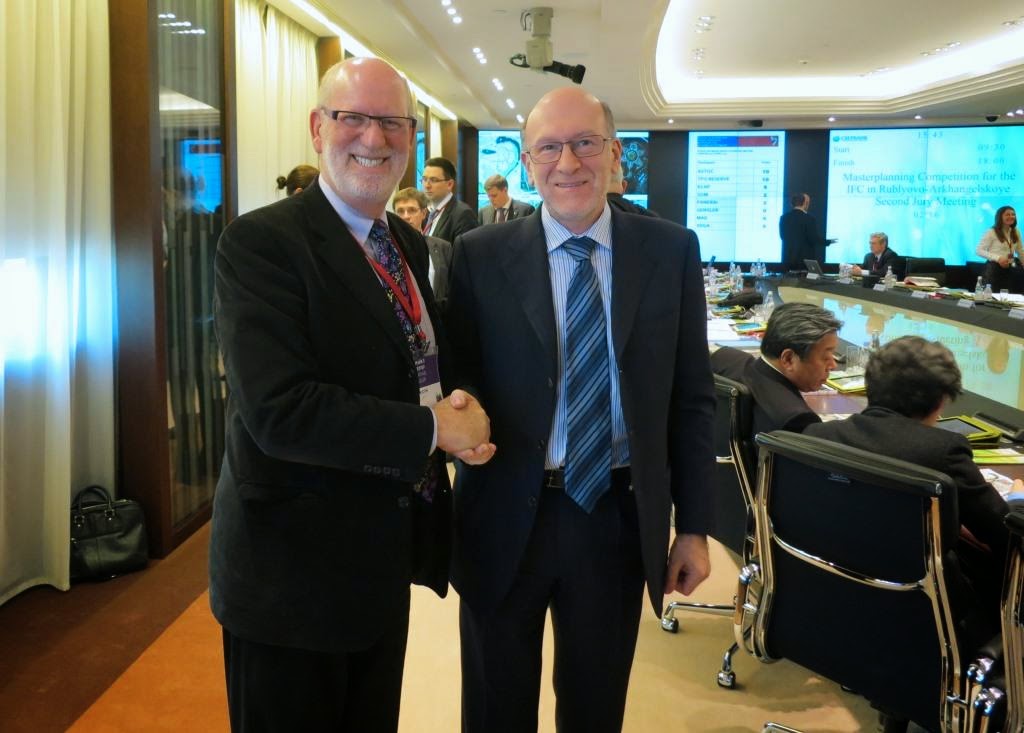 I particularly enjoyed meeting Alexander Voloshin, appointed by the Russian President in 2010 to head up this project. Described by the Daily Telegraph as one of the most powerful figures in Russian politics, http://tinyurl.com/pbrzksr he served as head of presidential administration under Yeltsin and Putin. 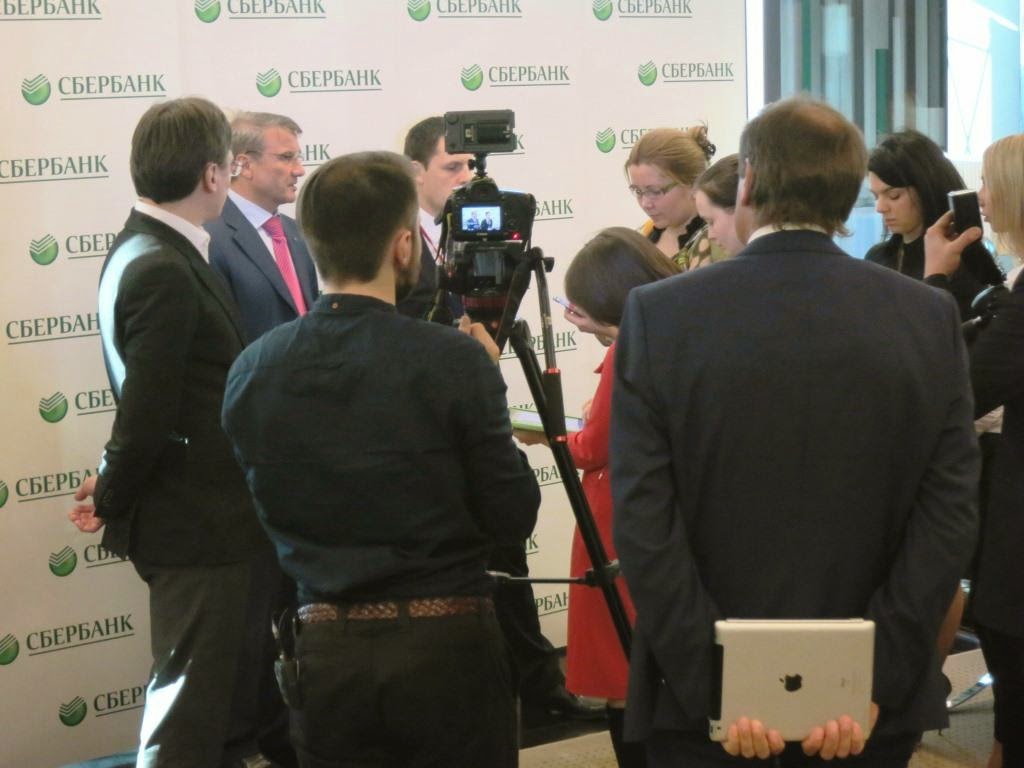 Following the jury session a press conference was held.

While my formal involvement with the jury has now finished, I hope there might be a further role to play on this most fascinating and challenging project at some time in the future. 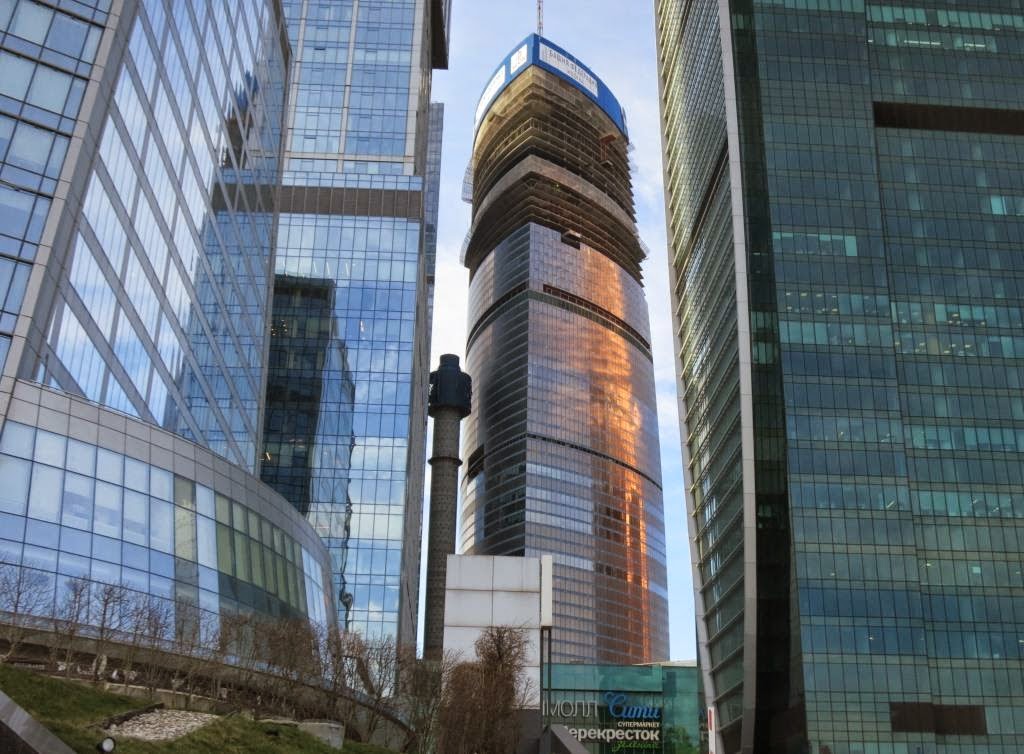 The next day I toured Moscow including the emerging Moscow International Business Centre also known as New Moscow. 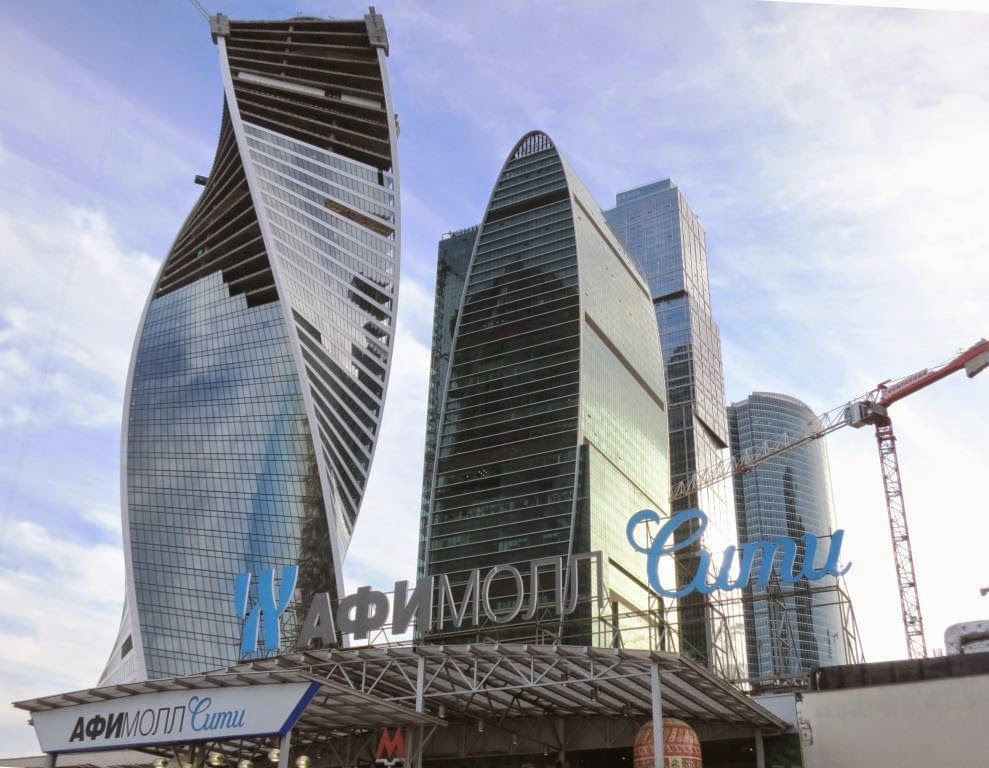 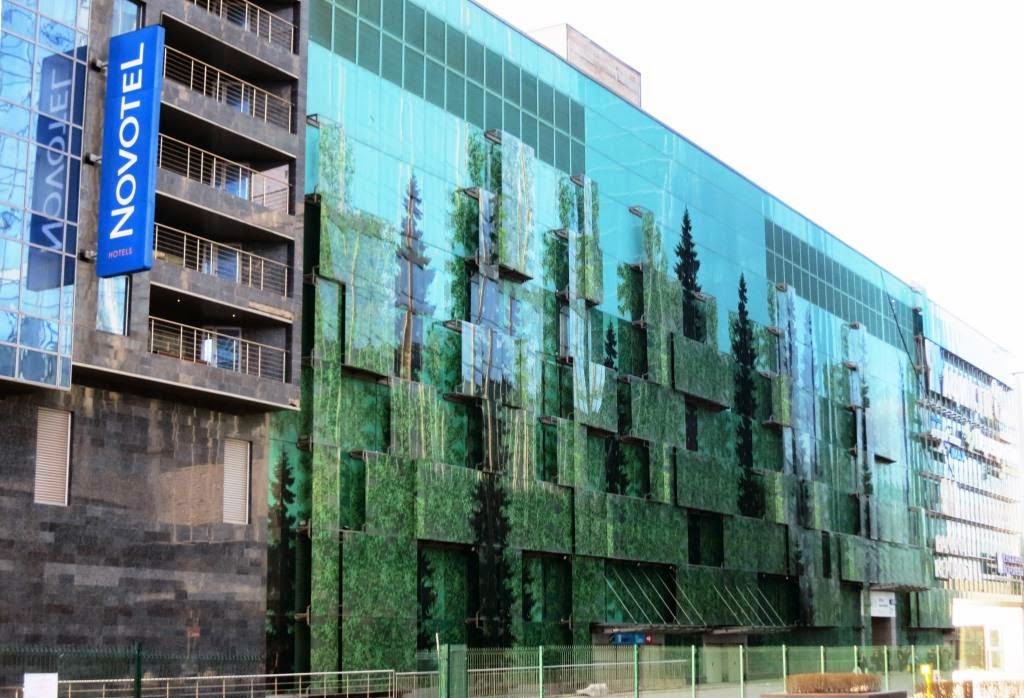 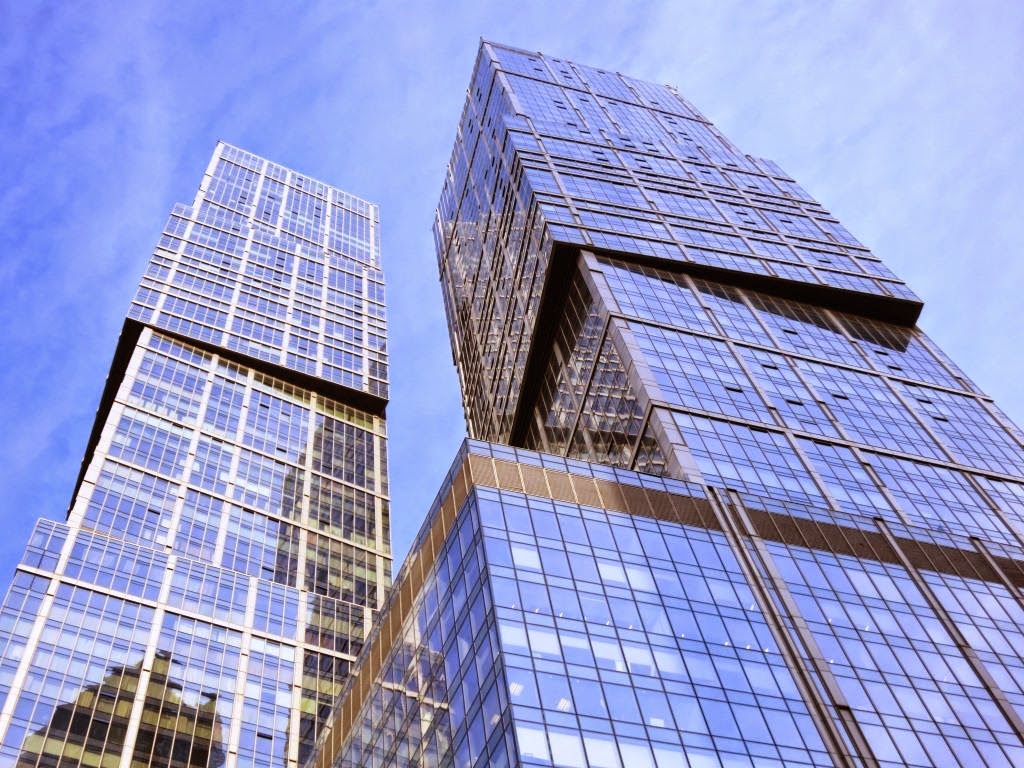 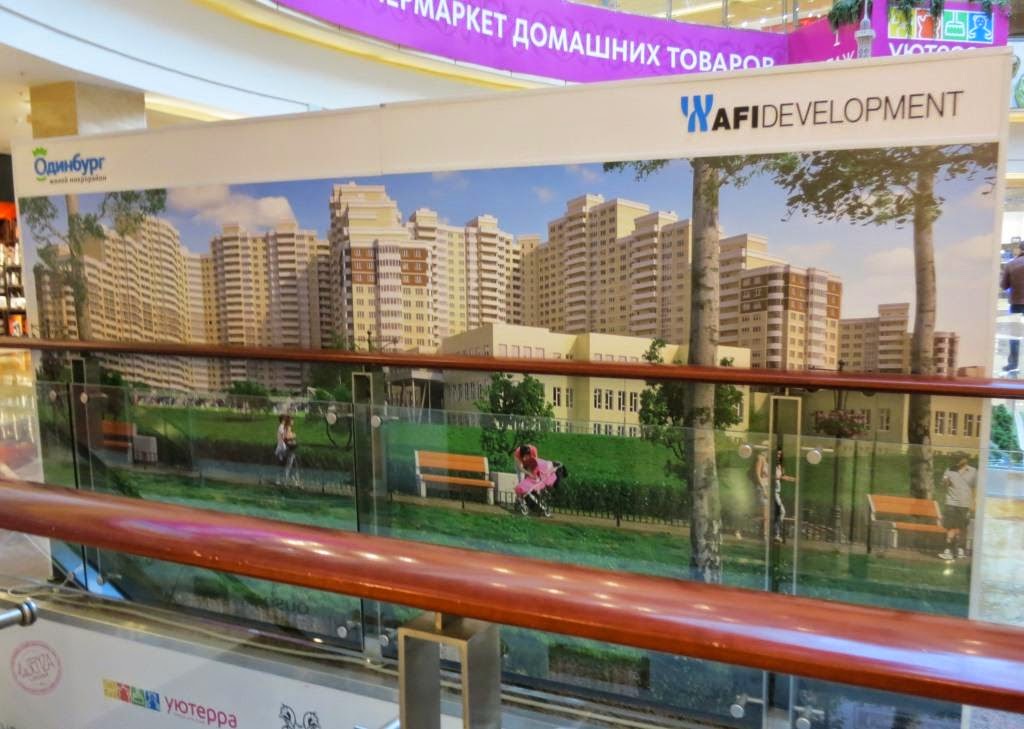 It includes a collection of about 12 towers, linked by the multi-level AFIMALL developed by AFI, one of Moscow's most impressive development corporations. http://www.afi-development.com/en/ 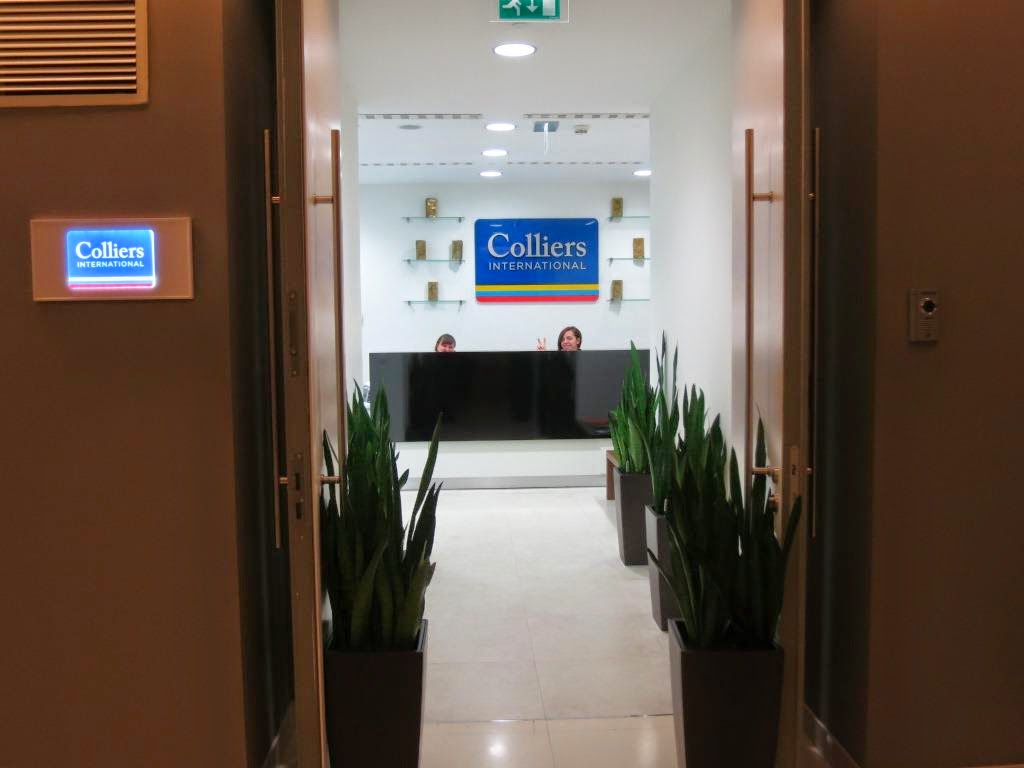 Again, my guide was Timur Ryvkin of Colliers Moscow office. They had recently moved into the 55th floor of one of the new towers. 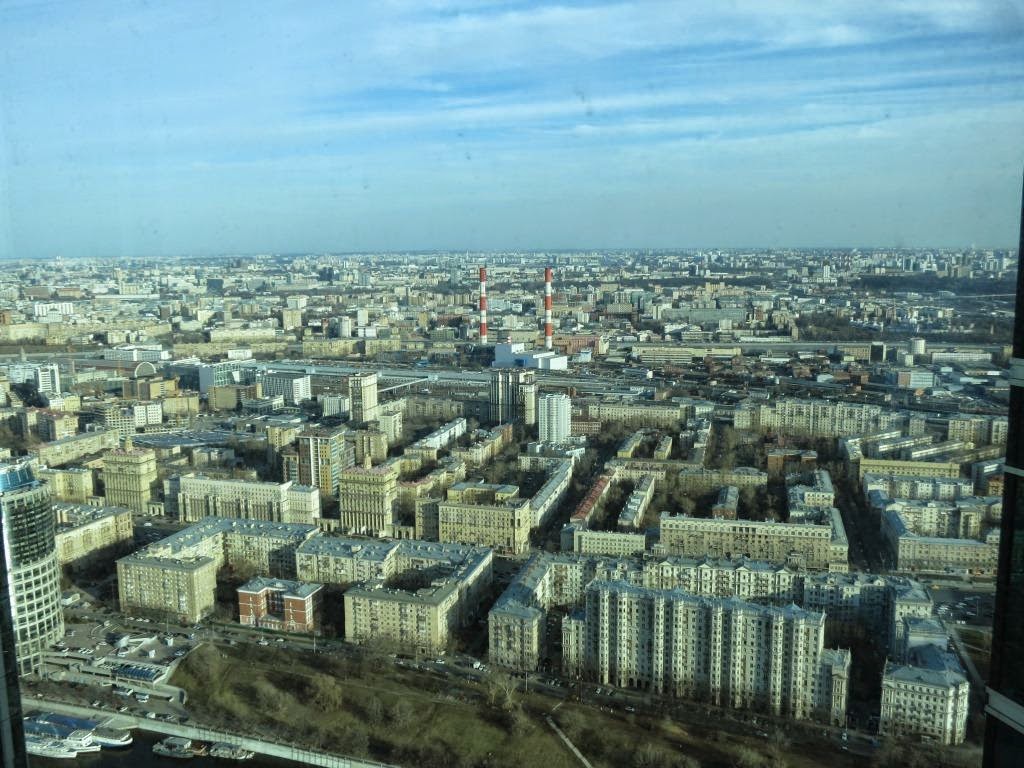 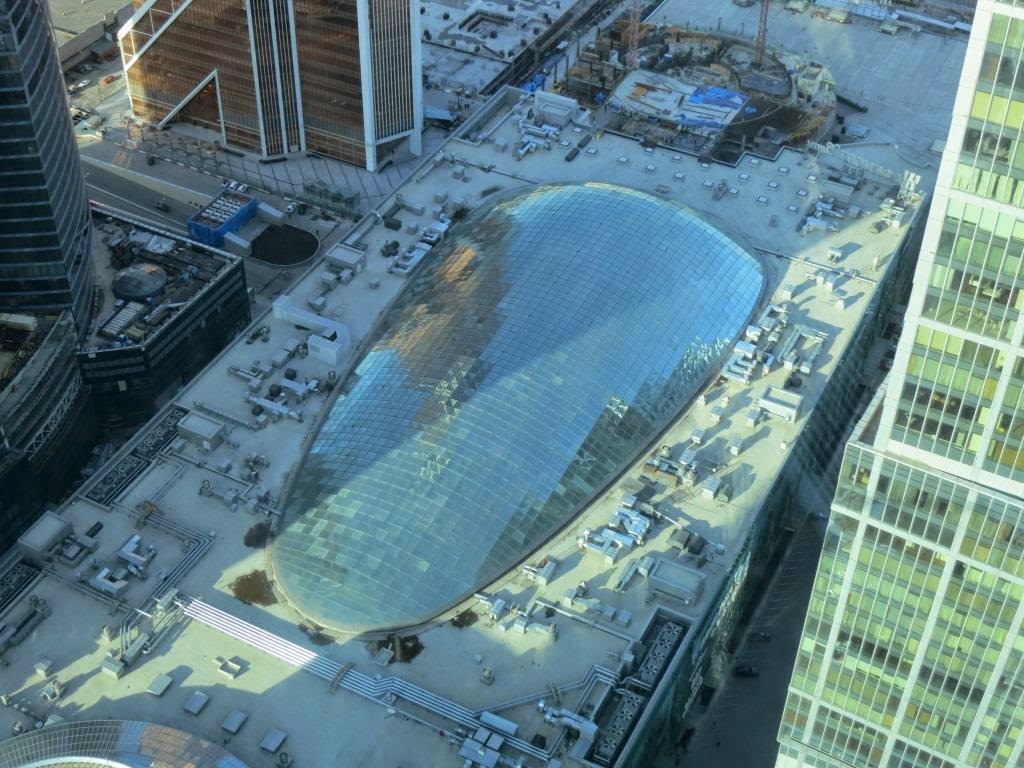 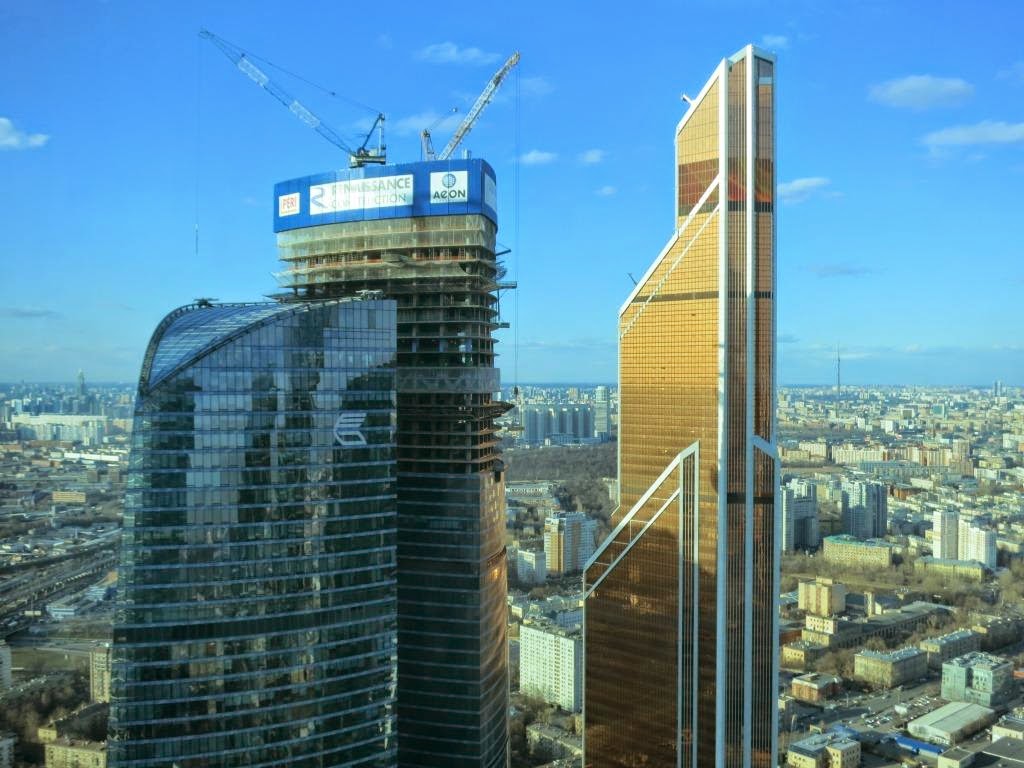 Other nearby buildings include Evolution Tower, the twisting building still under construction, and Mercury City Tower, the tallest tower in Europe. (It's taller than London's recently completed Shard) 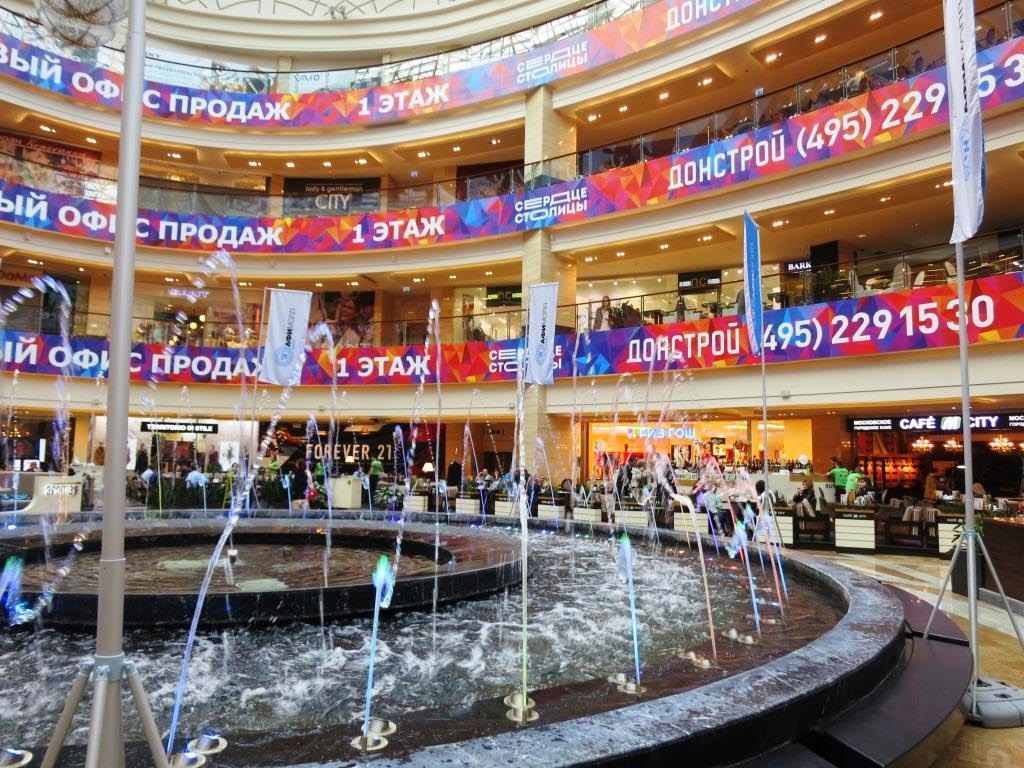 After touring Moscow City and doing a bit of shopping at AFIMall I returned to my hotel via one of the new and old Moscow subway stations. 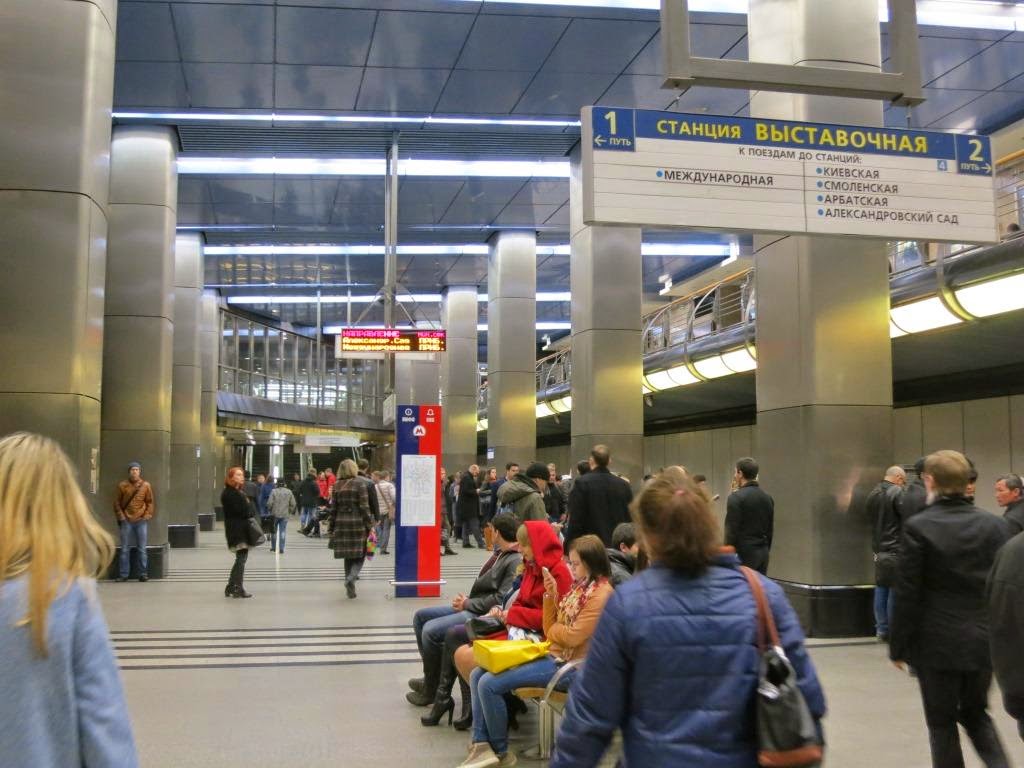 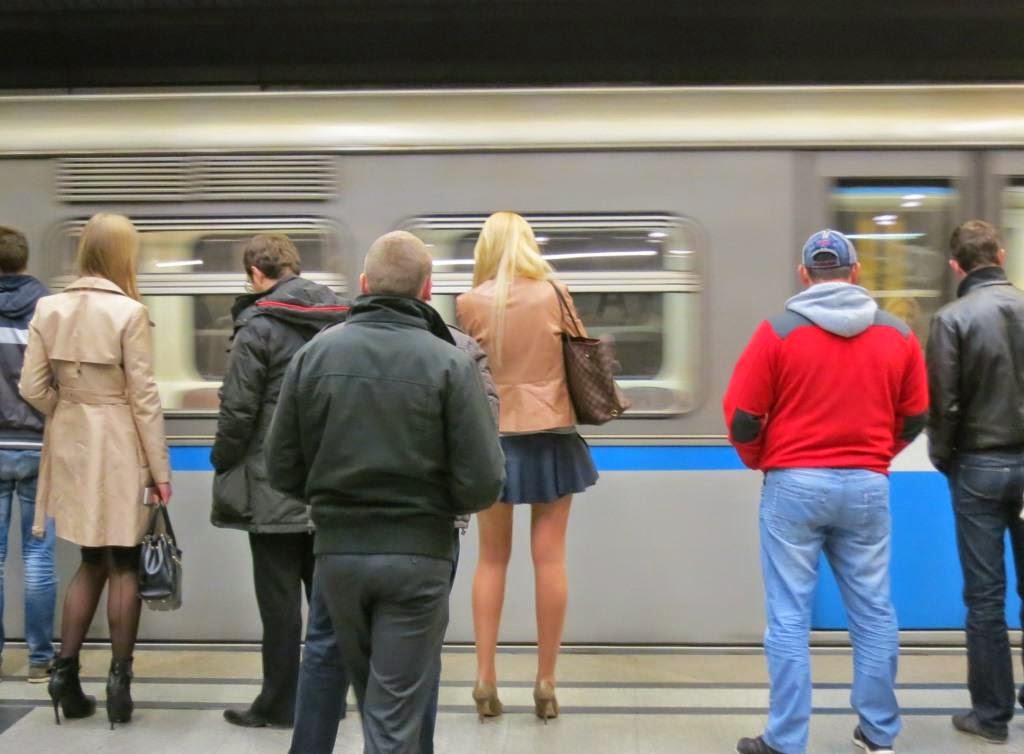 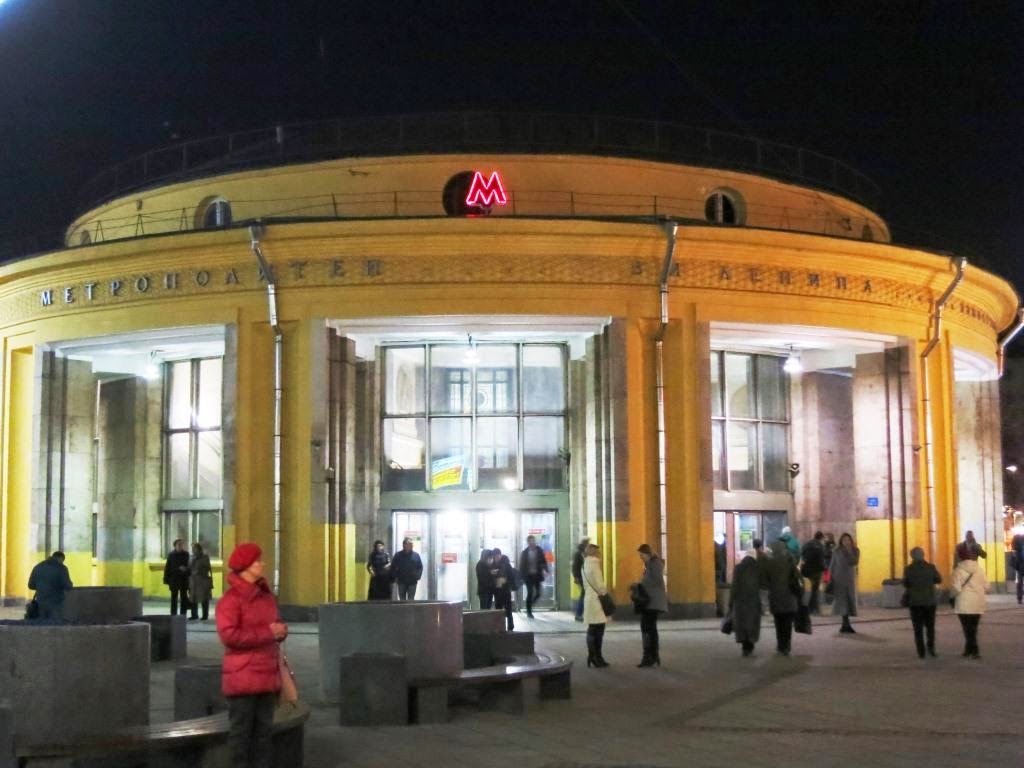 After three separate trips to Moscow I have developed a real appreciation and affection for this fascinating city. While it's expensive, and the language is challenging, it is a very exciting place to be. At the same time the traffic congestion is a serious problem, which is part of the justification for a new international financial centre outside of the city core.

I will be watching its development with great interest.

Posted by Michael Geller at 8:08 PM