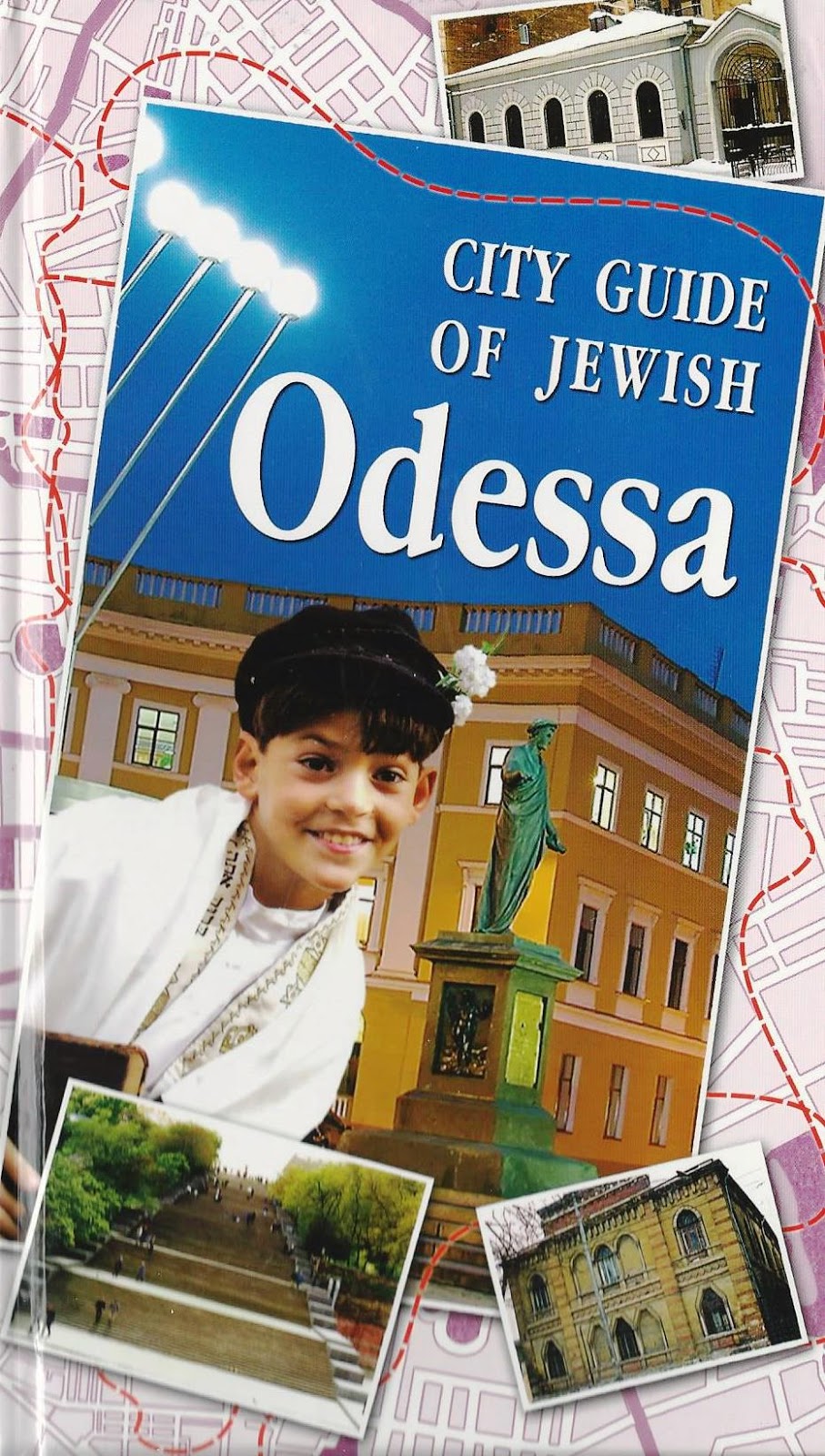 Until 1941, almost half of Odessa's population was Jewish. Today, only 3% of the estimated 1 million inhabitants are Jewish. 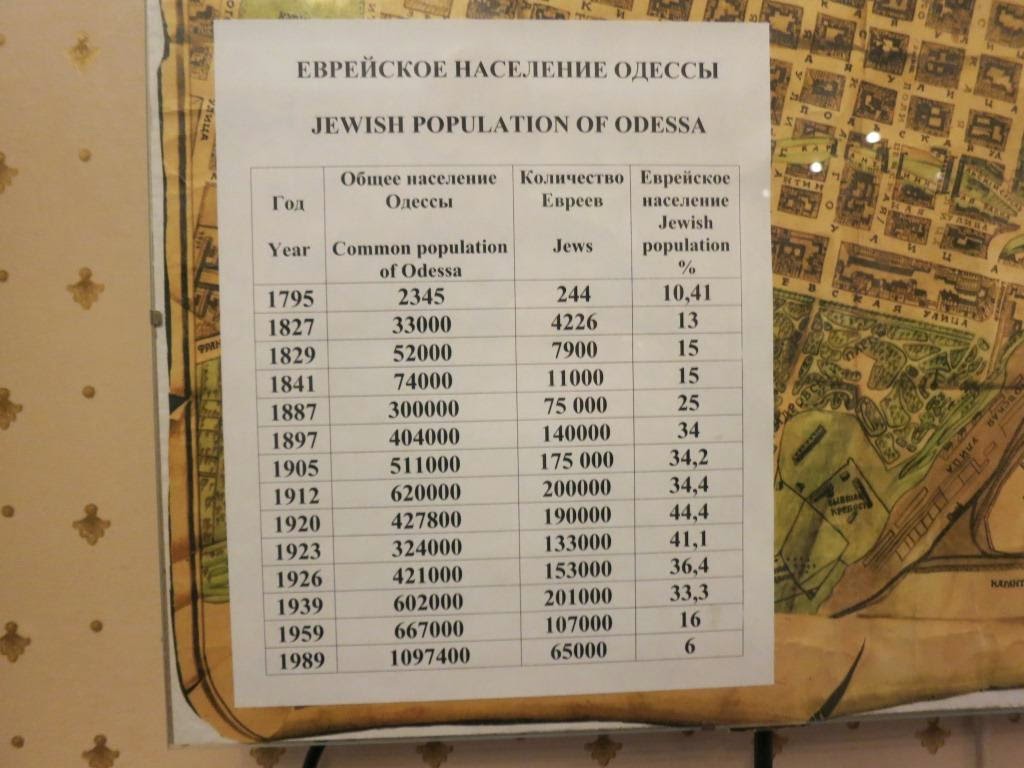 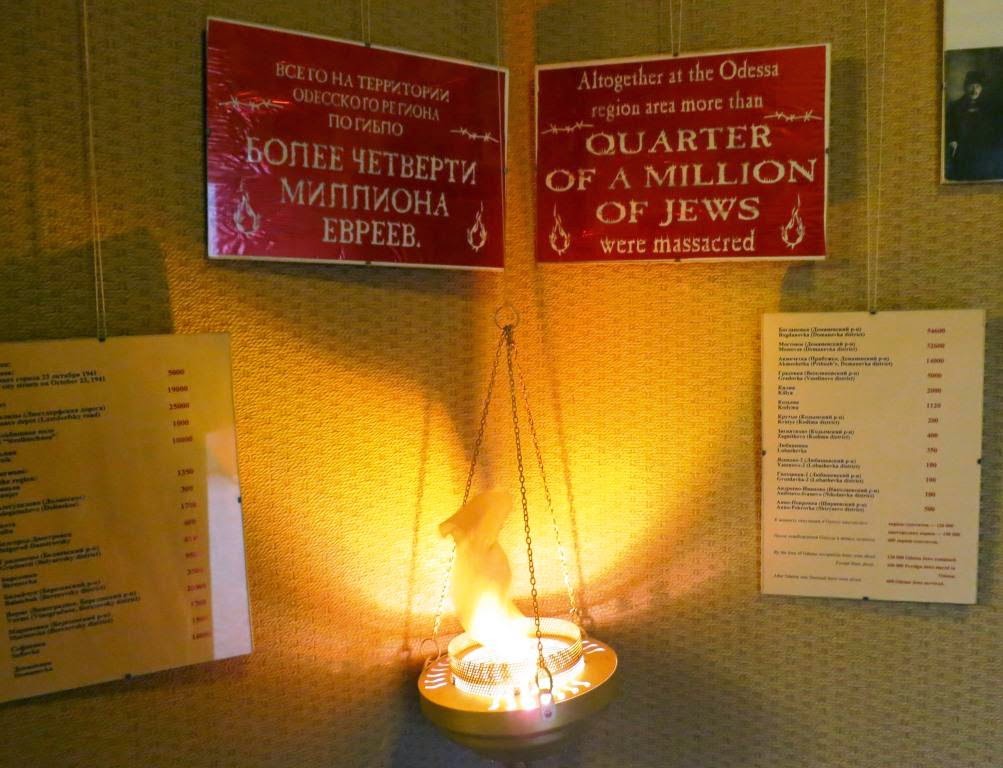 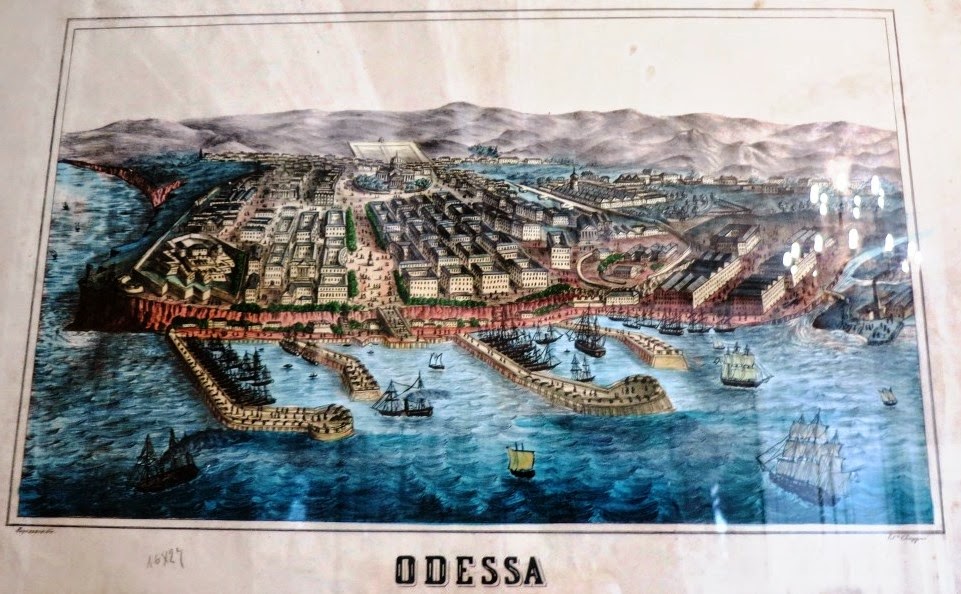 Odessa was built on the order of Catherine the Great, founded by a half Spanish/half Irishman, planned by a Dutch engineer, with an Englishman as its first architect. But in 1916, the famous writer Isaac Babel described Odessa as "the city made by Jews". That's because unlike in the rest of Russia, Jews had almost equal rights in the city. That was due in part to the fact that it was a port city and city fathers recognized that over the course of history Jews were good traders. They were therefore encouraged to help bring prosperity to the city. And they did.

In the wonderful book The Hare with the Amber Eyes we learn how the Ephrussi family, once the second wealthiest Jewish family in the world, got its start in Ukraine trading wheat. My forefathers were not wealthy Jews, but I was told as a child that at one time they lived in Odessa, or in one of the surrounding shtetls. http://en.wikipedia.org/wiki/Shtetl.

Whenever I met someone else named Geller, I was often told that their family also came from Odessa. As a result I grew up being fascinated by the city, and in 1994 my father and I set off on a Black Sea boat cruise since it included a stop in Odessa. 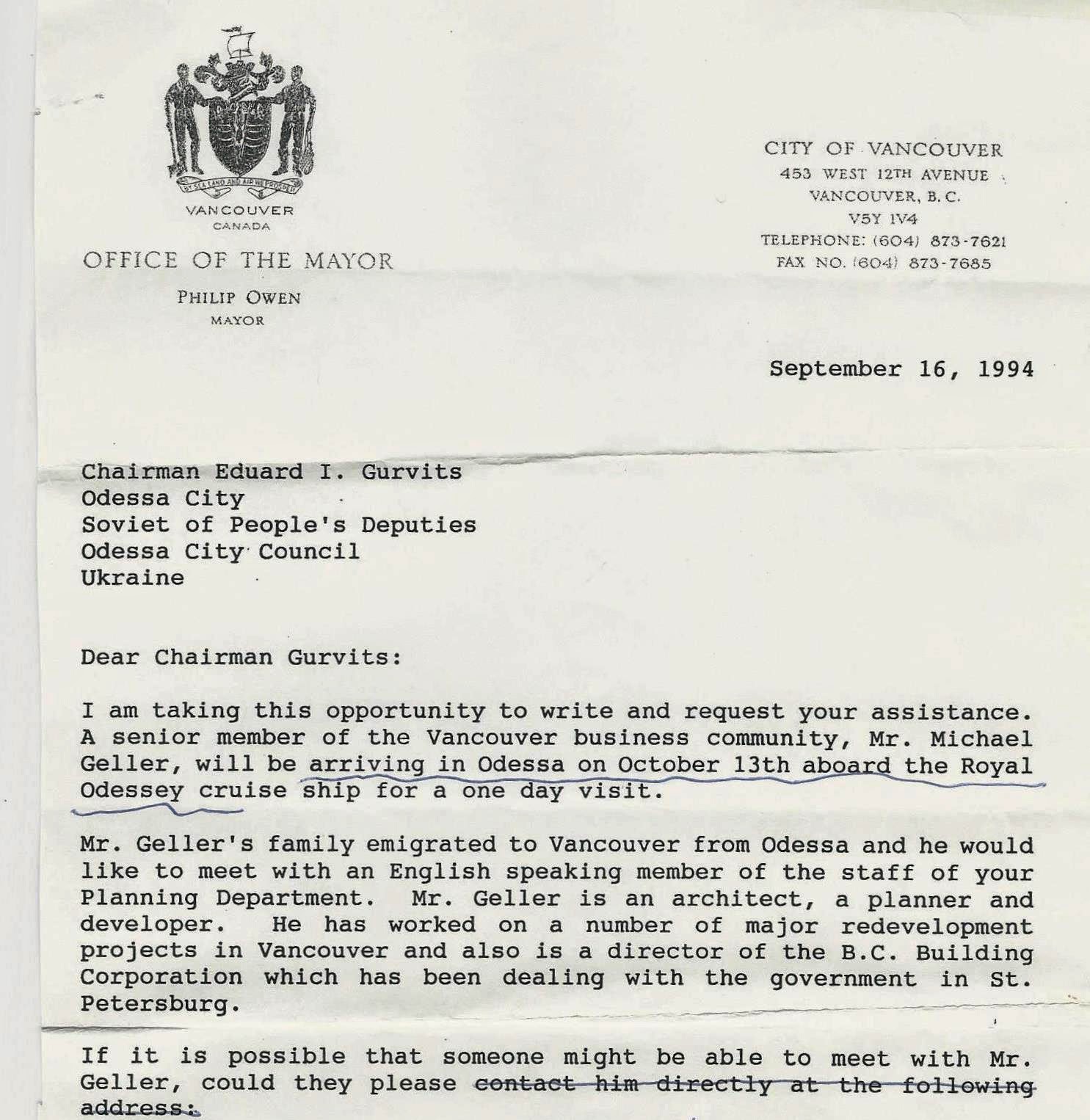 When then Mayor Philip Owen learned we were going, he kindly wrote to his counterpart Mayor Gurvits (yes he was Jewish) asking him to extend every courtesy to us. 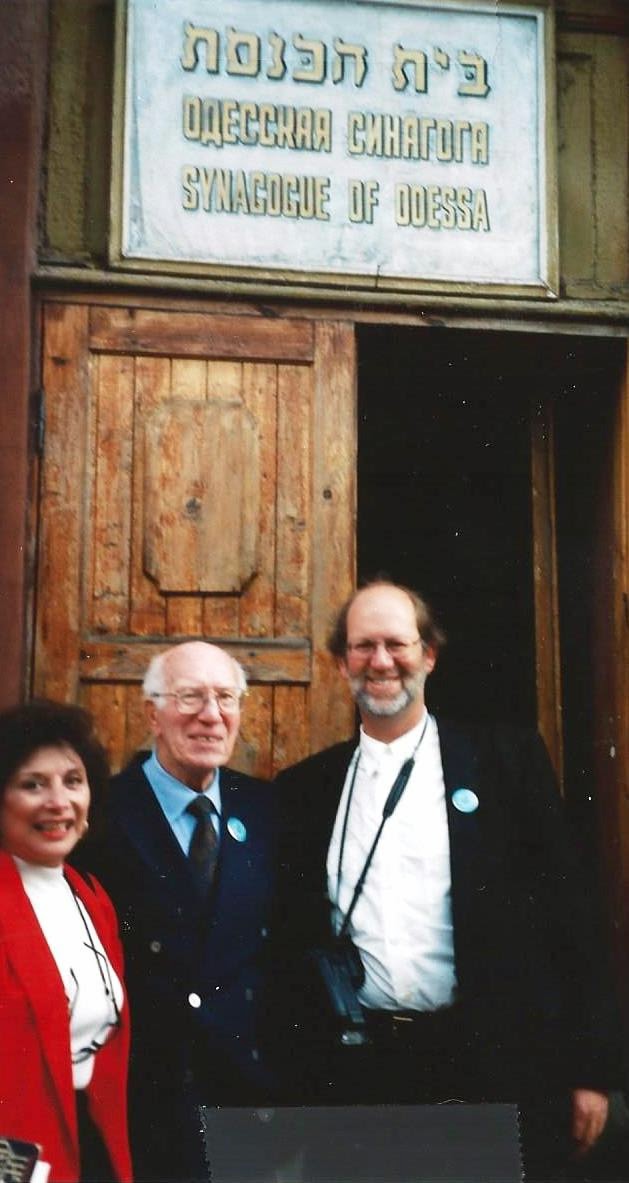 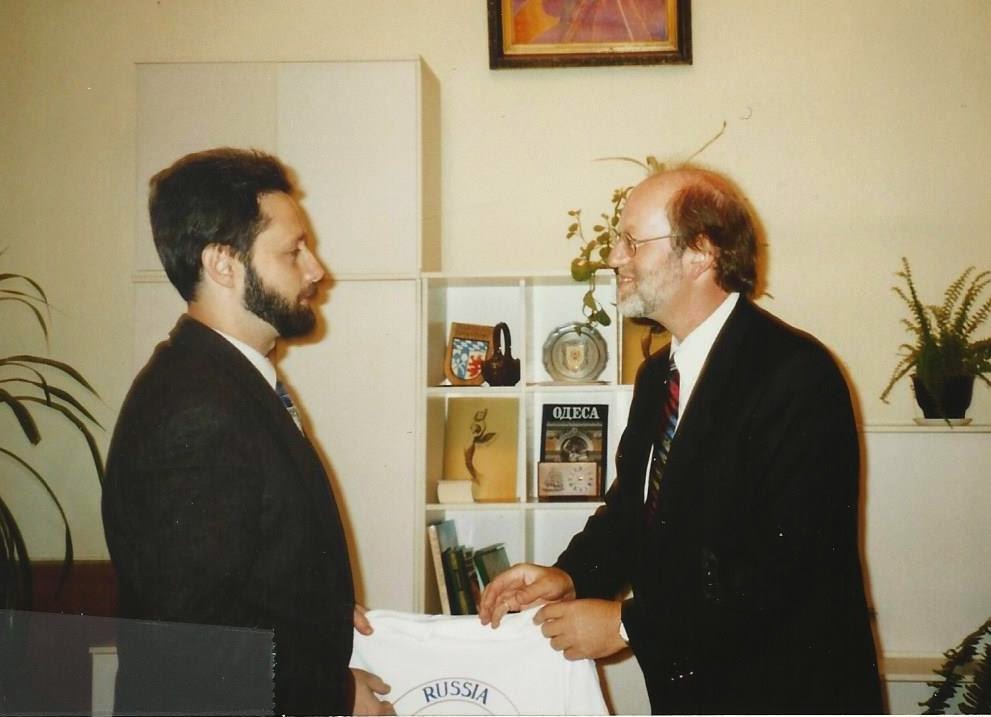 Ironically, we had such a good day (unfortunately Gurvits was in Kiev at the time but his deputy Alexandr A Prokopenko did greet us at City Hall) I completely forgot to check! (As an aside, when we got home and my dad saw this photo, he pointed out what I faux pas I had made presenting the Deputy with this shirt that said Canada-Russia~celebrating 50 years of Vancouver/Odessa sister city relationship.)

On this trip to Moscow to finish the jury process for the IFC competition (www.mfc-city.com), I decided to return to Odessa, if only to check the telephone directory and look for Gellers! 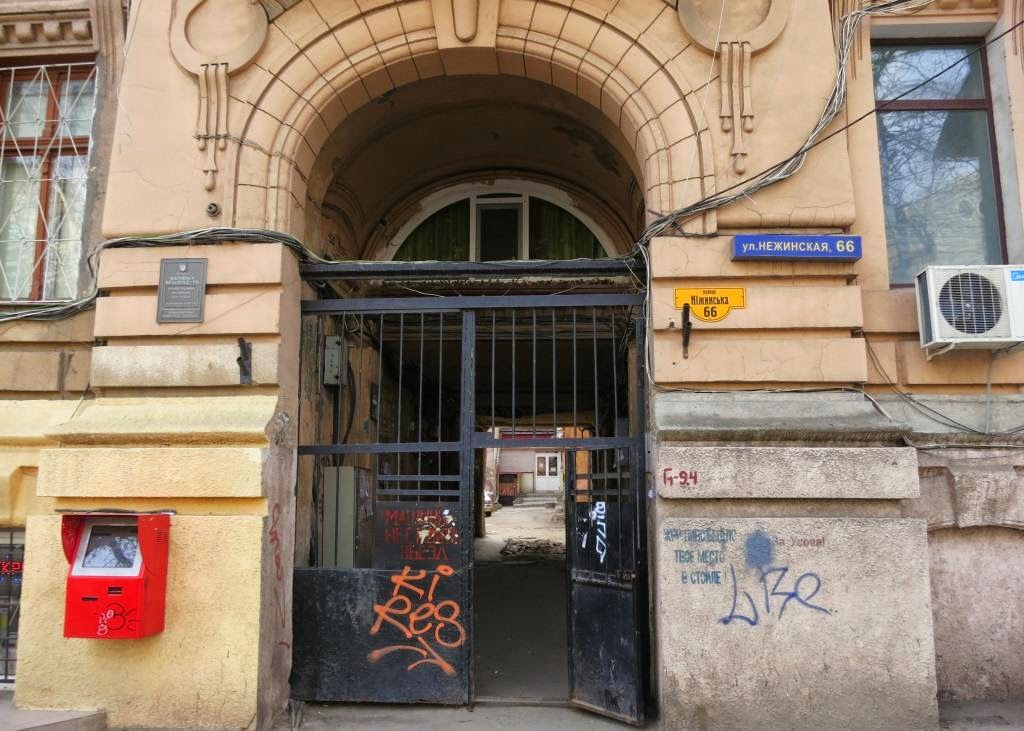 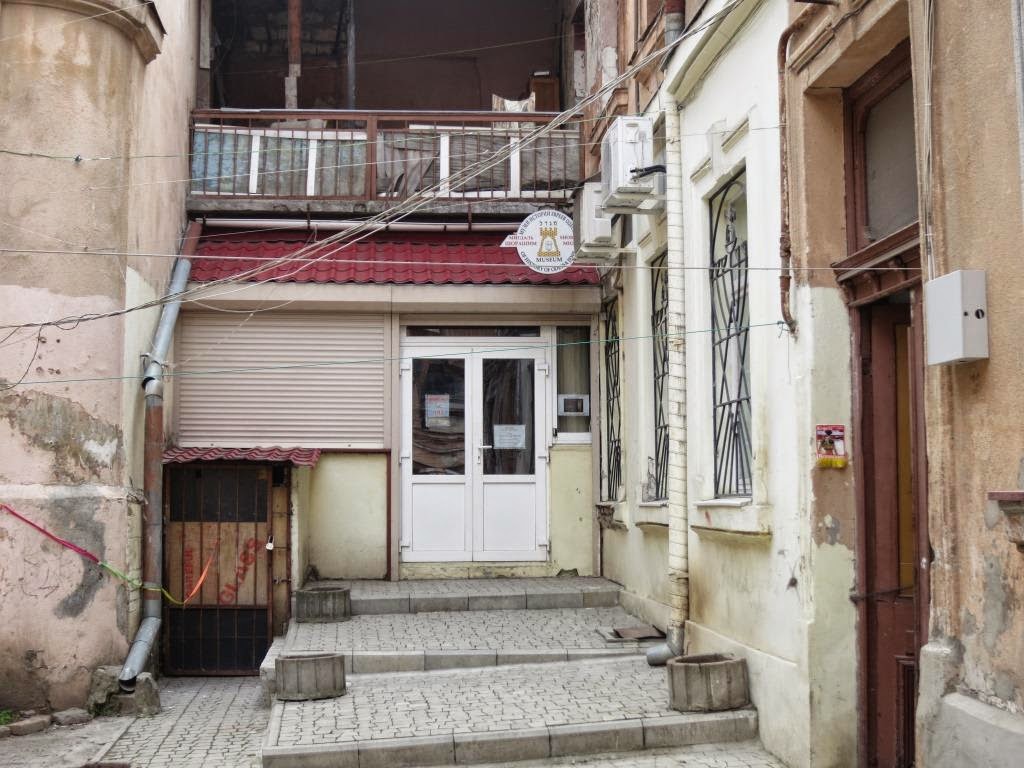 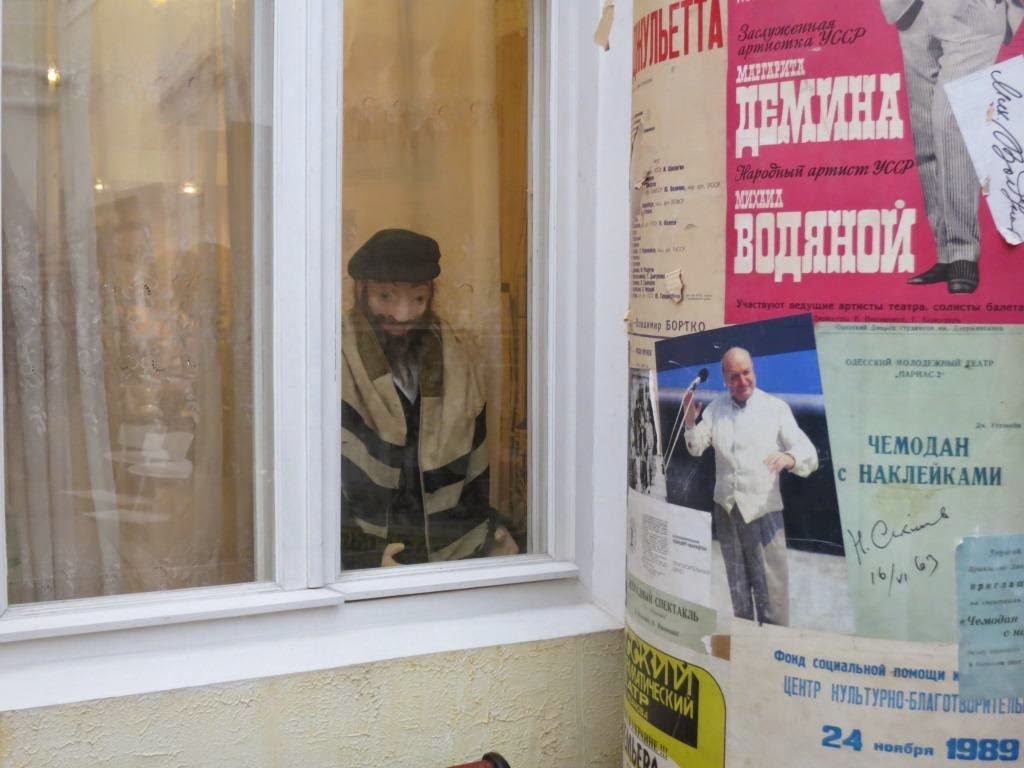 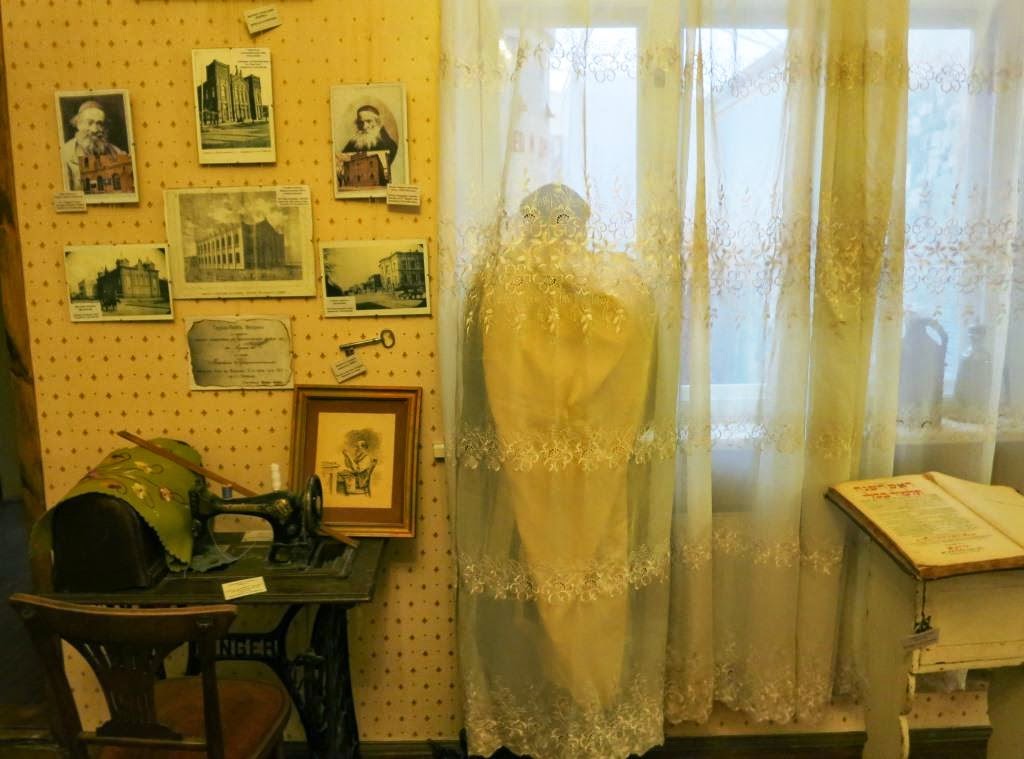 I did so at the Jewish Museum, a hard-to-find space hidden at the back of a somewhat dilapidated courtyard. When I arrived I assumed it was closed since there were few lights on; however after paying the modest entry fee, the most delightful young lady in charge went through the exhibit area turning on lights for me. 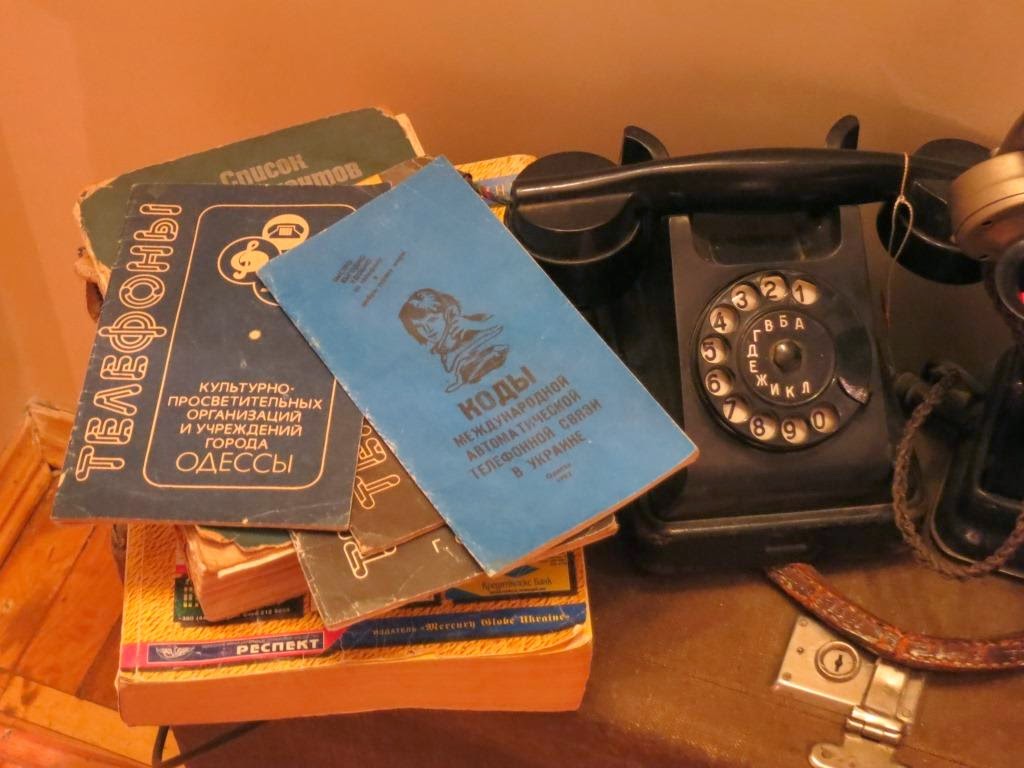 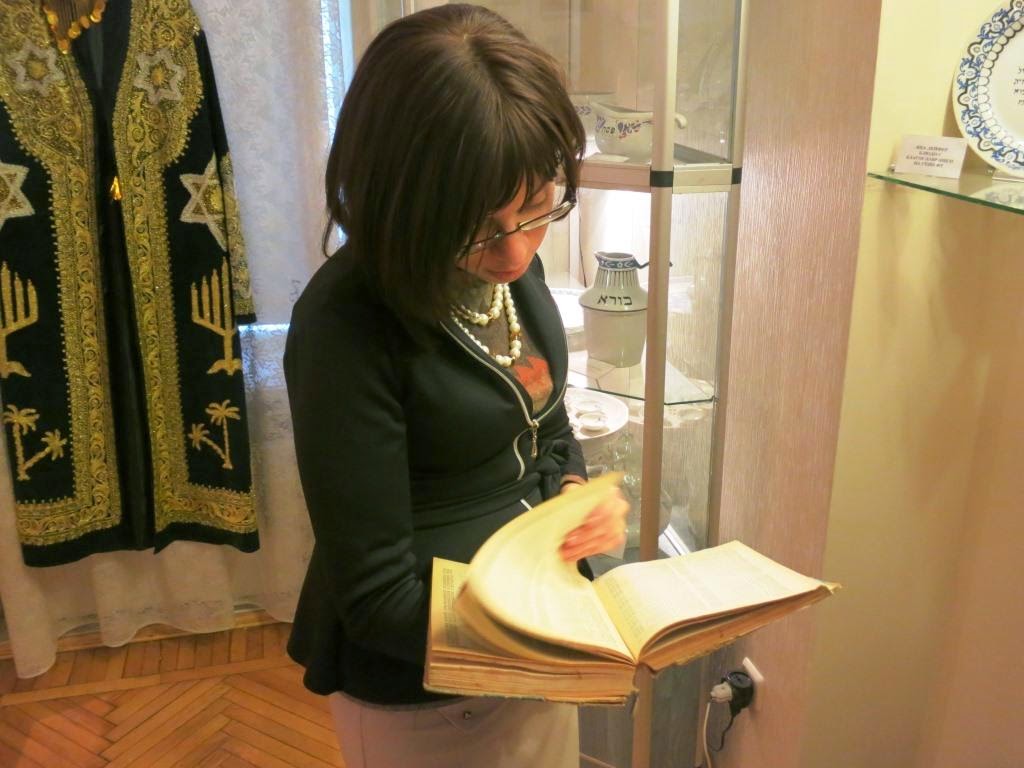 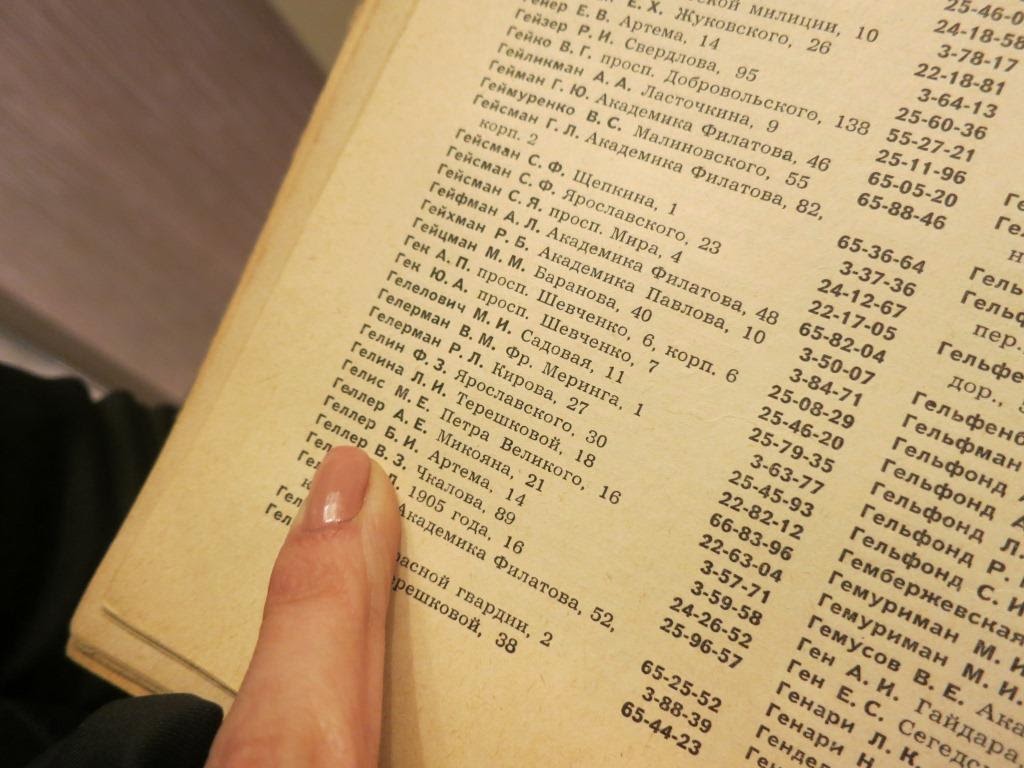 I asked whether they had a telephone directory and she took me to small display where there were a few. She opened one up from many years ago. Sure enough the Gellers covered a portion of two columns. I also asked her to look up Wosk, since I knew that the late Morris Wosk had moved to Vancouver from Odessa, but she could not find anyone by that name...I guess it was changed! It was difficult for me to properly express my appreciation for her efforts. 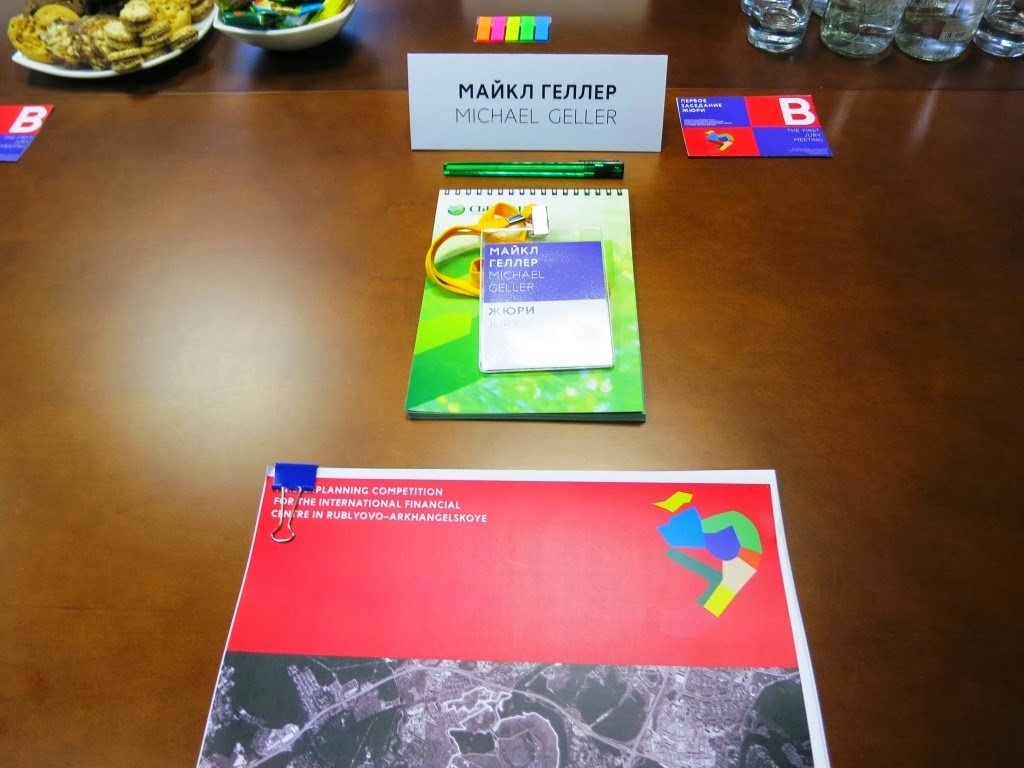 (I knew how to spell my name in Russian from my name card at the IFC competition!) 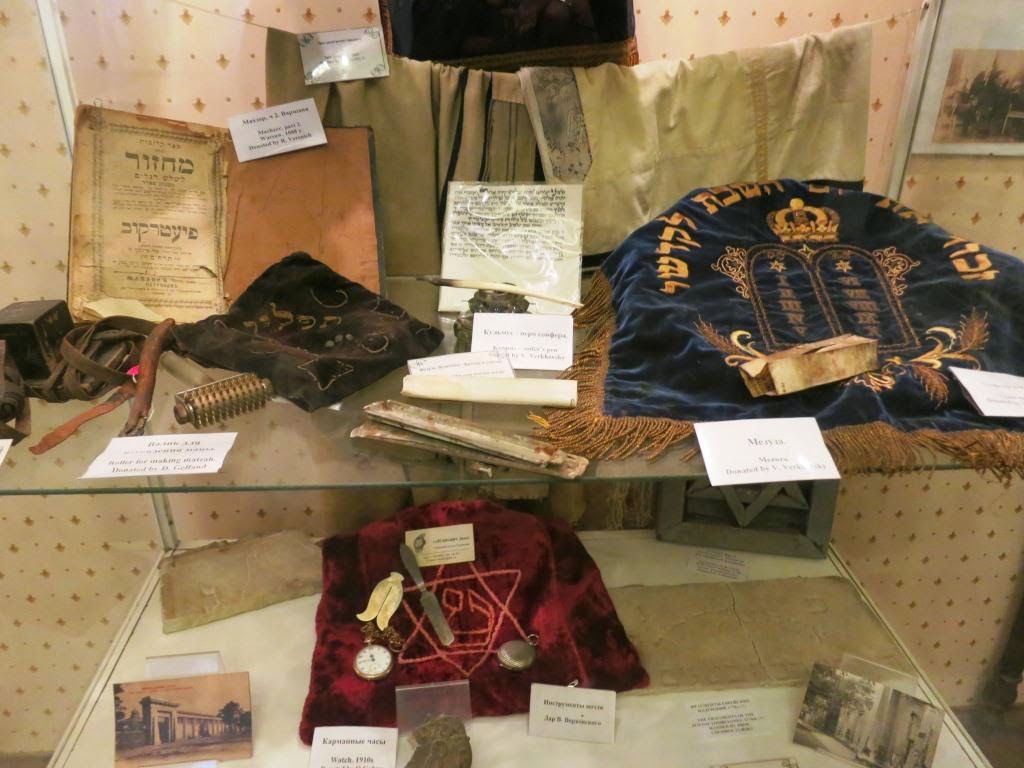 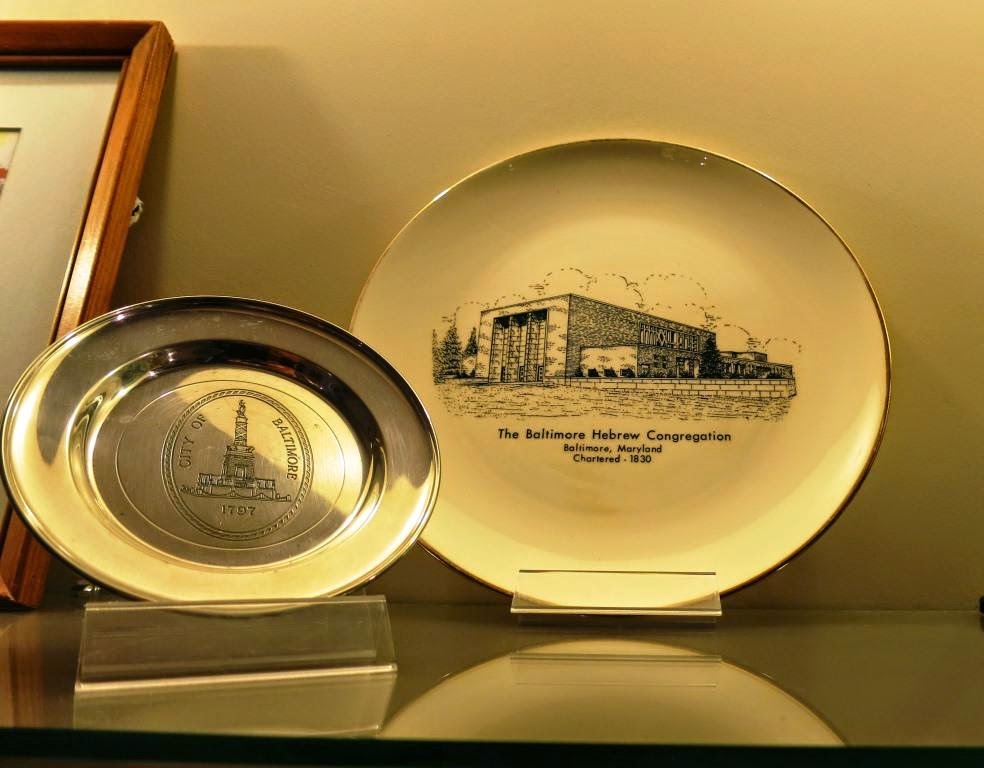 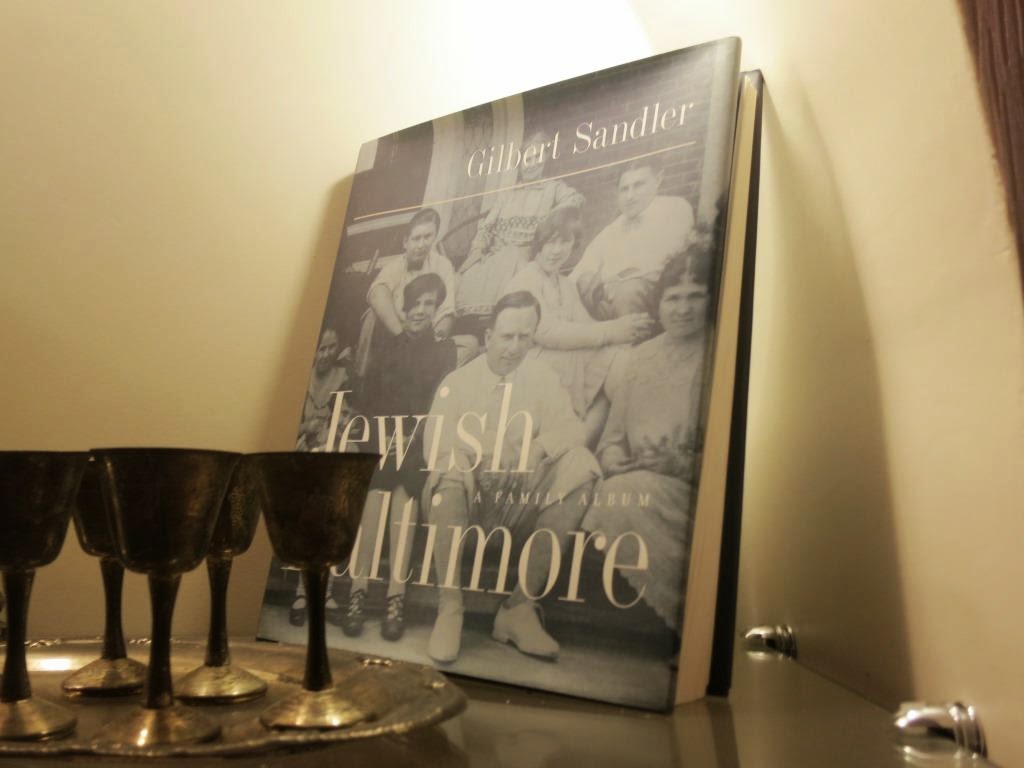 One other matter is worth reporting. In the museum amongst the various displays, I came across a few items from Baltimore's Jewish Community. My guide explained that they were donated by city residents since Baltimore is one of Odessa's sister cities. I told her Vancouver was also one of Odessa's sister cities and offered to try and arrange a similar donation. I plan to discuss this with Vancouver's Jewish Museum (yes we have one) and the Jewish Community Centre to ascertain what might be the most appropriate items for us to send to be included in their display. 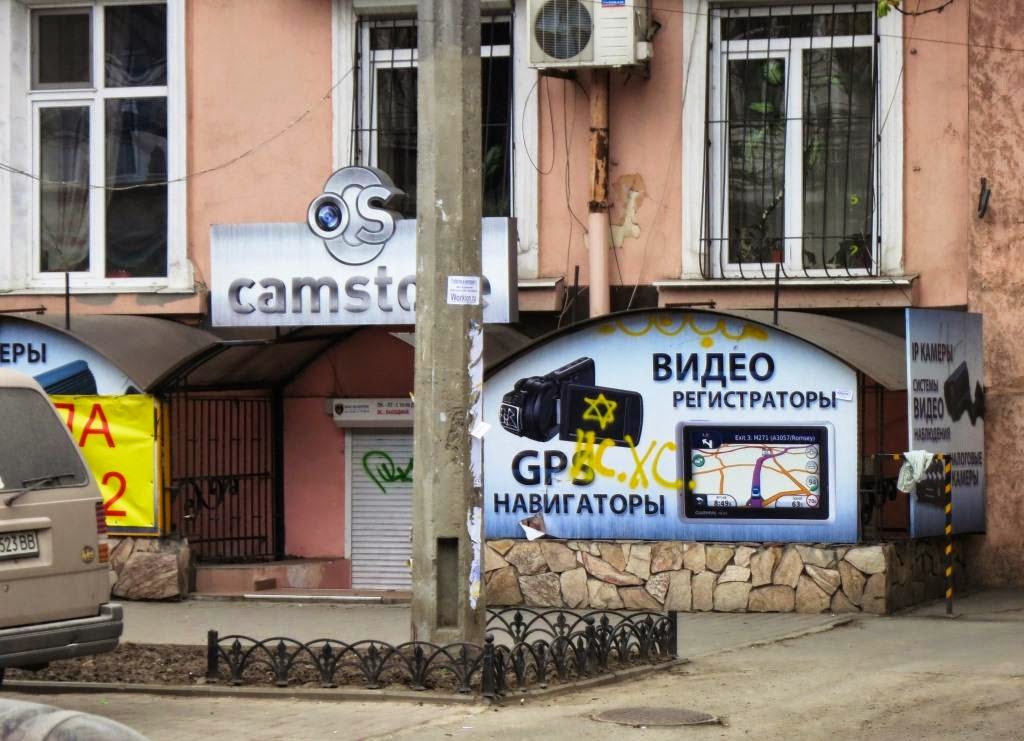 Leaving the Museum I walked back to my hotel. Sadly I passed this camera shop which had been defaced with a yellow star. It brought back many sad memories of how Jews had been singled out in Germany and other European countries. Unfortunately despite the contribution of Jews in Europe and Russia (it seems that Mayor Gurvits served until very recently), or because of them, antisemitism will probably always be with us.
Posted by Michael Geller at 9:59 AM

Very thoughtful reflections Michael. Wonderful to see your father Sam in the photos. I appreciate your deep seated 'archivist' instincts in keeping hold of ephemera and maintaining a thorough pictorial record from every stage of your life.

Thanks...but I think it's called hoarding!