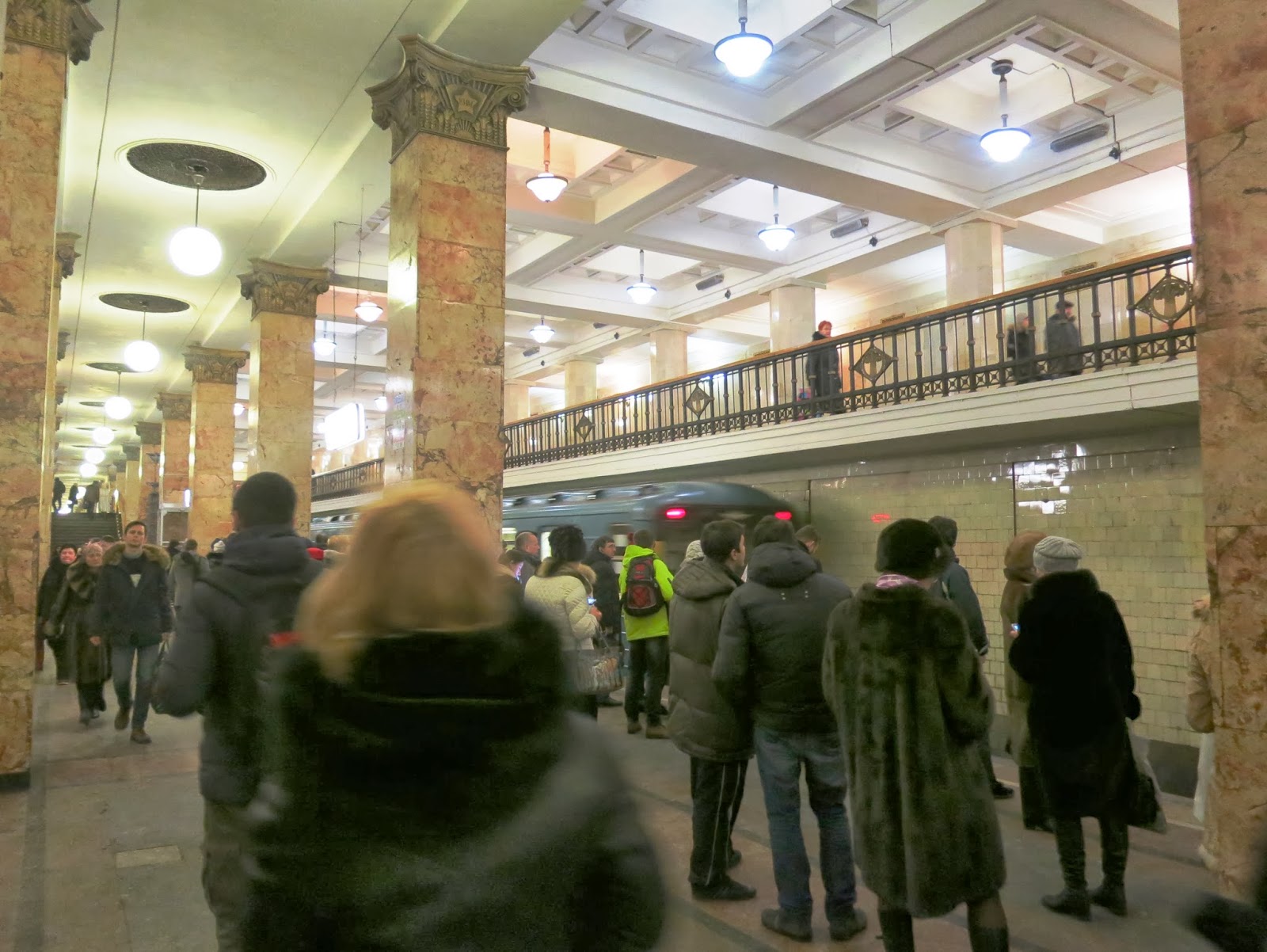 I've often thought you can learn a lot about a city by its public transit system. Riding the London tube is the quintessential London experience, as is a journey on a double-Decker bus. Toronto has its streetcars; Curitiba has its creative Bus Rapid Transit (BRT) and New Orleans and Portland have their tram systems.

However, the Moscow Subway is perhaps the most remarkable transit system I have ever experienced. To me it is a mystery. It opened in 1935 and for the next 20 years many of its stations were built, some as much as 240 feet below grade...that's equivalent to a 27 storey apartment building below grade! You ride down very long escalators. When I inquired why the stations were so deep I was told many were designed as bomb shelters in the event of a nuclear war.

While a few lines have digital indicators to let you know where you are, most do not and it is difficult to know exactly where you are. However, the stations are announced (in Russian of course) and I was surprised to learn that a male voice announces the next station when traveling towards the centre of the city, and a female voice when going away from it.

The system carries up to 9 million passengers a day. But what makes it most remarkable is the design of the stations, which truly are incredible works of art.  Here are some photos of just a few: 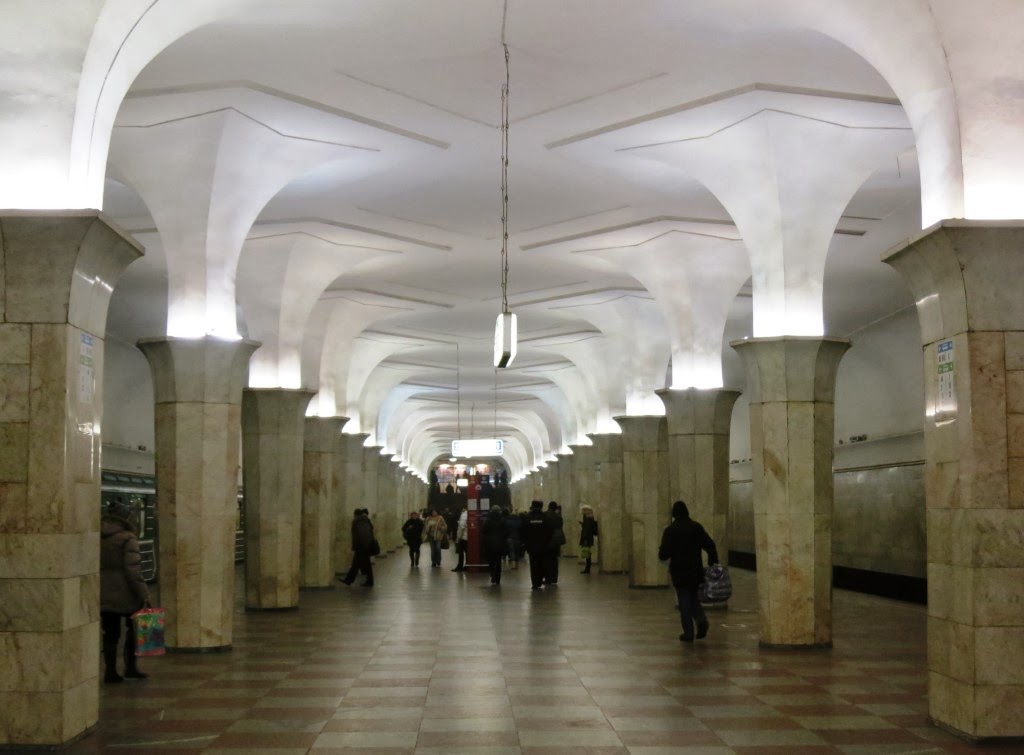 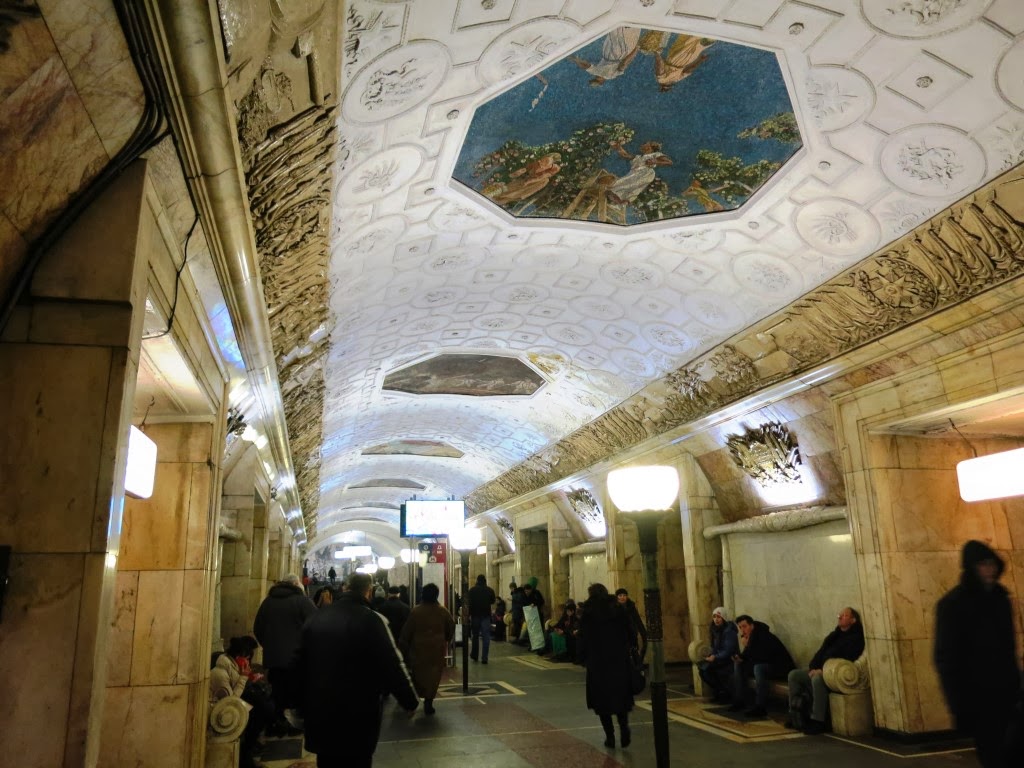 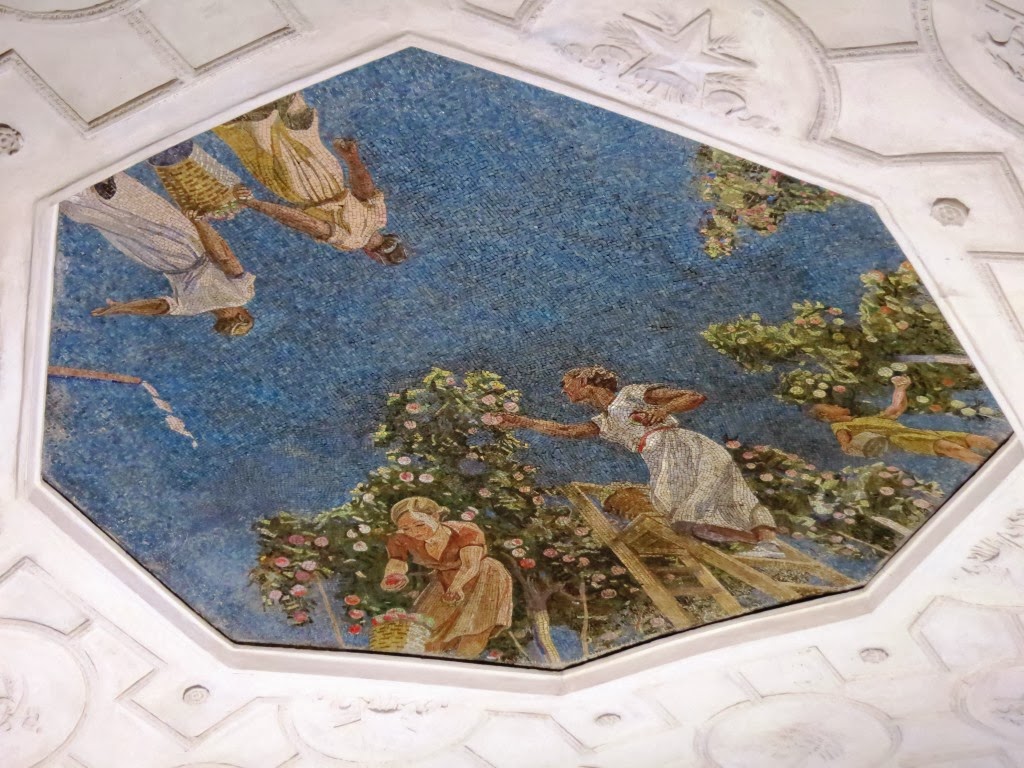 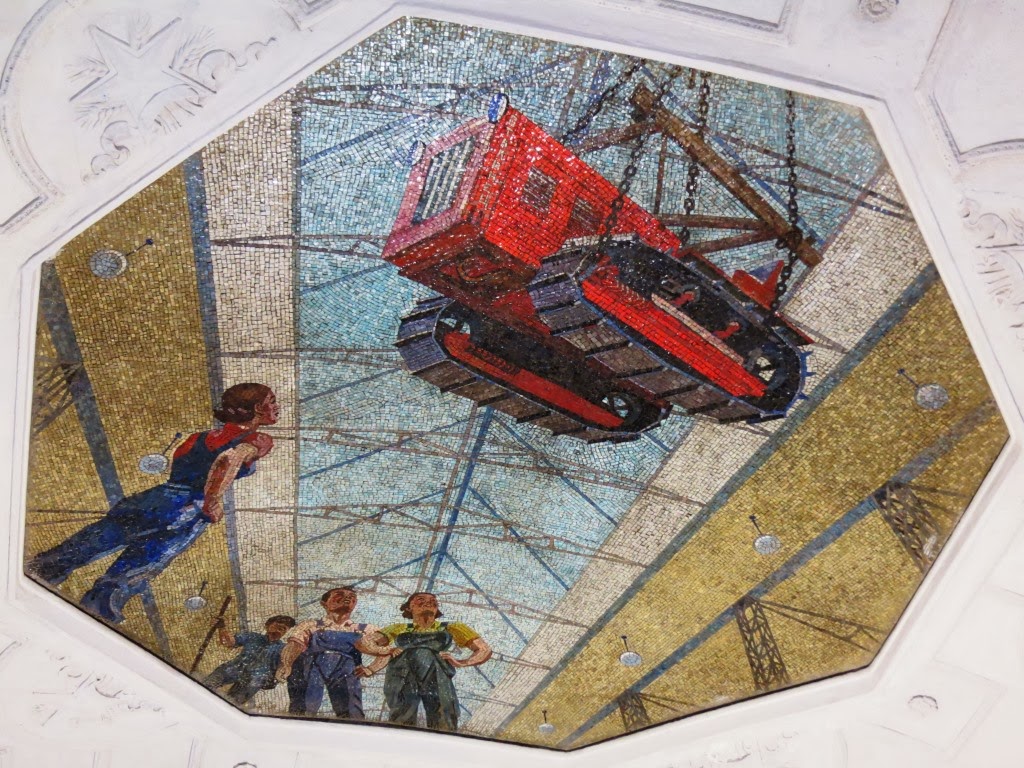 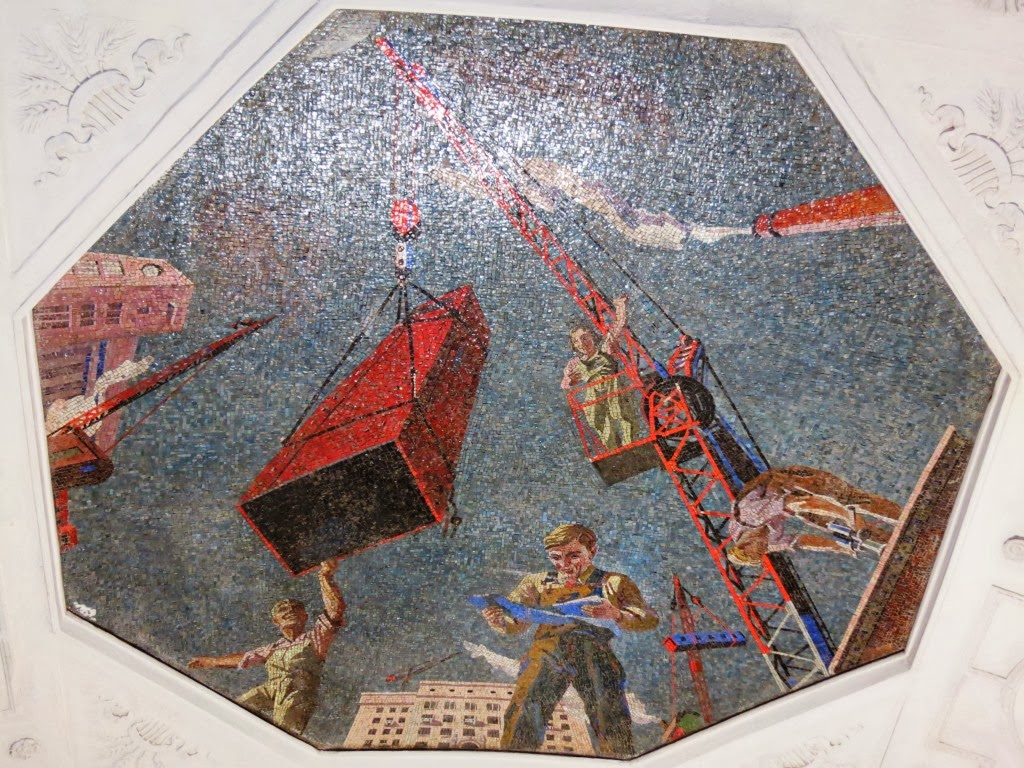 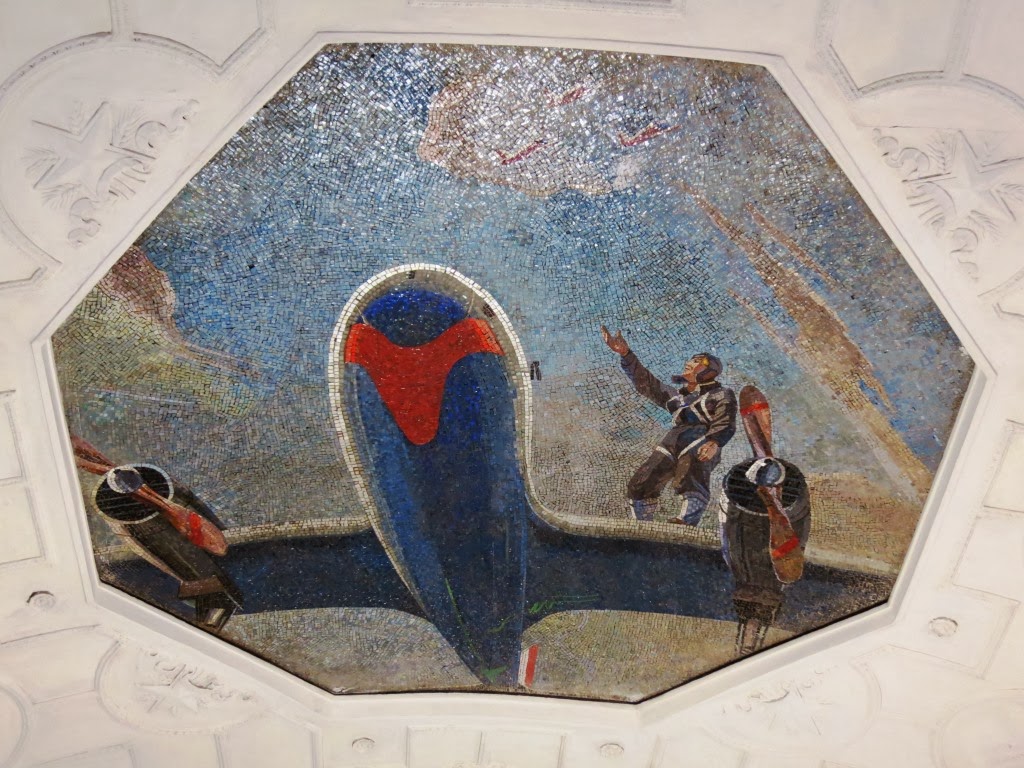 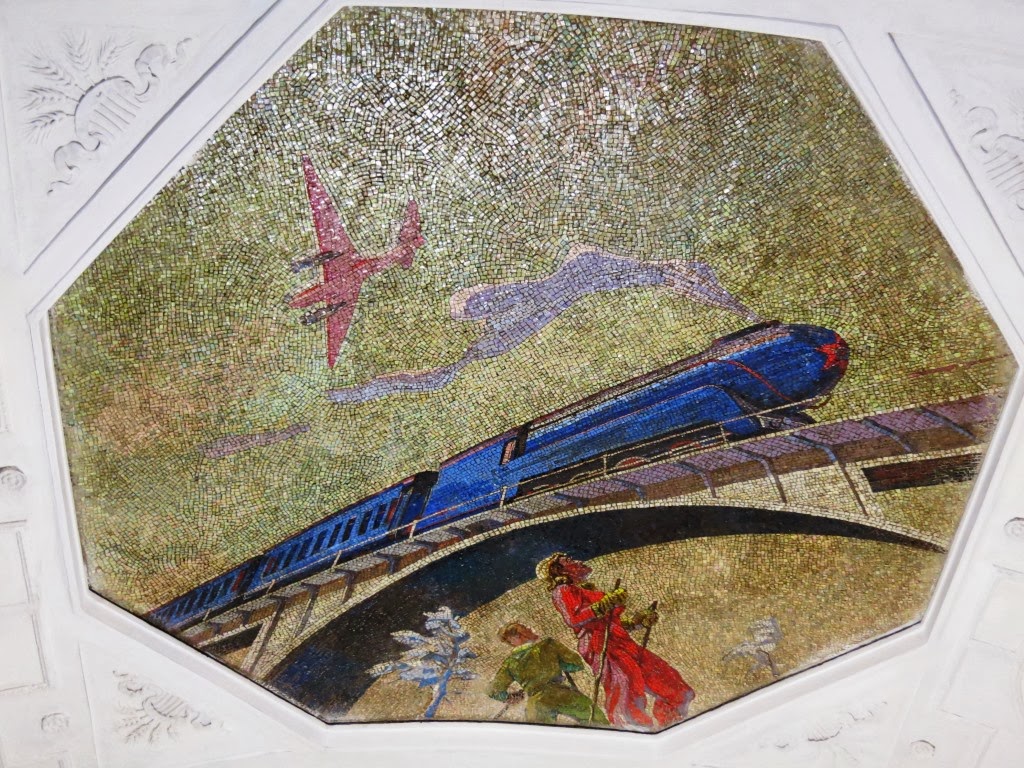 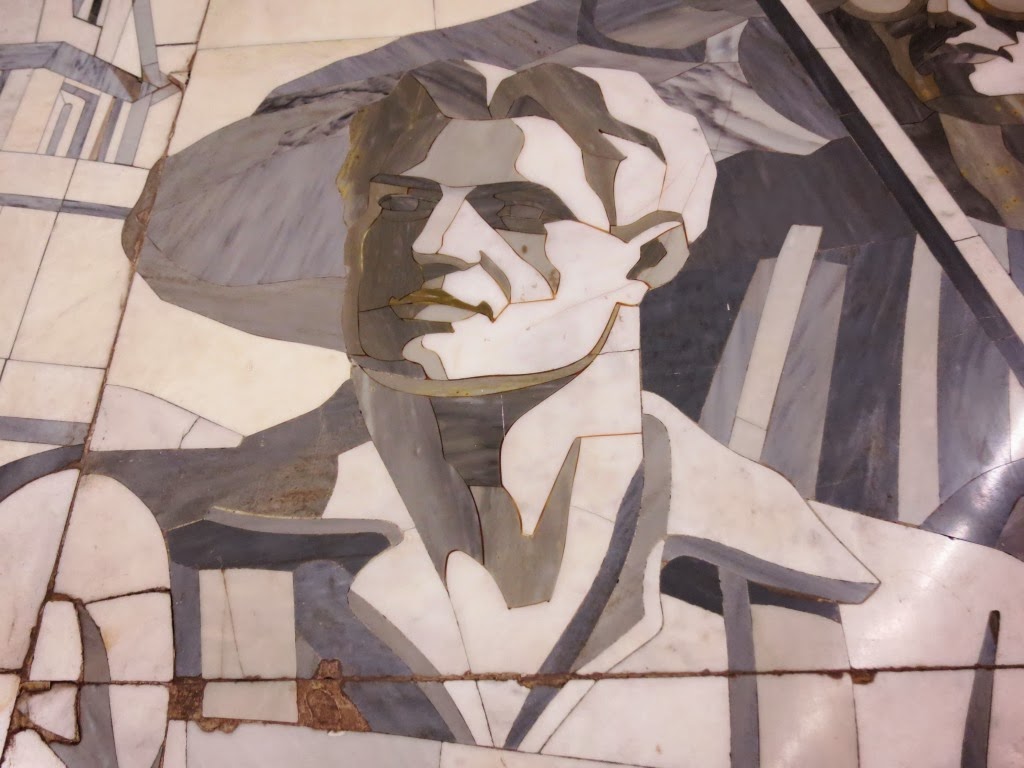 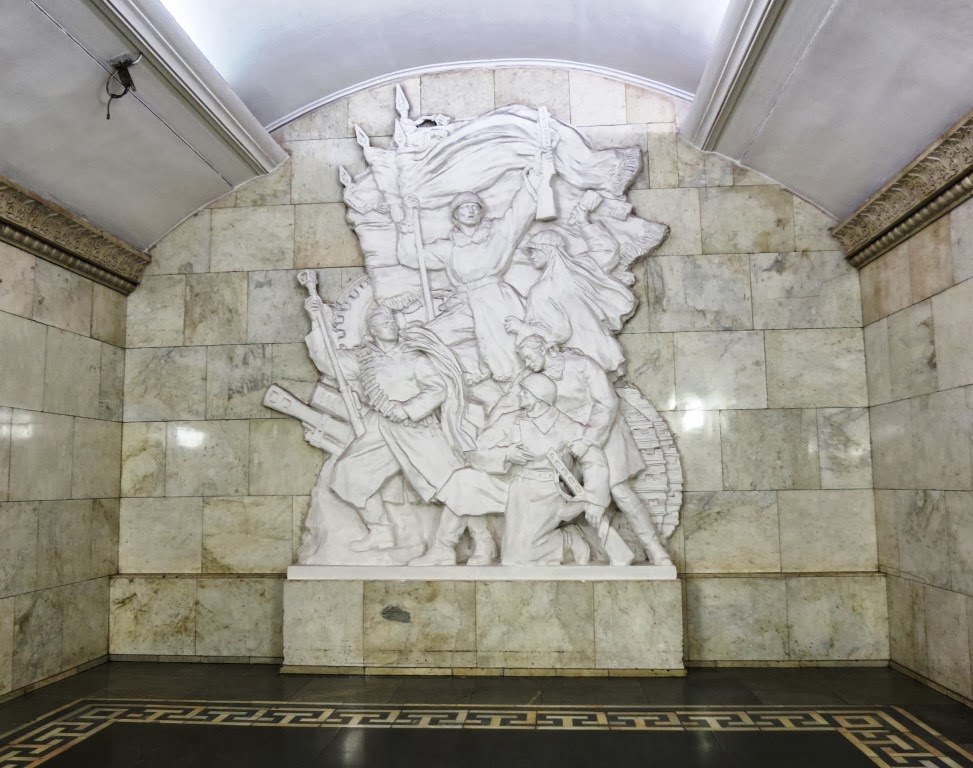 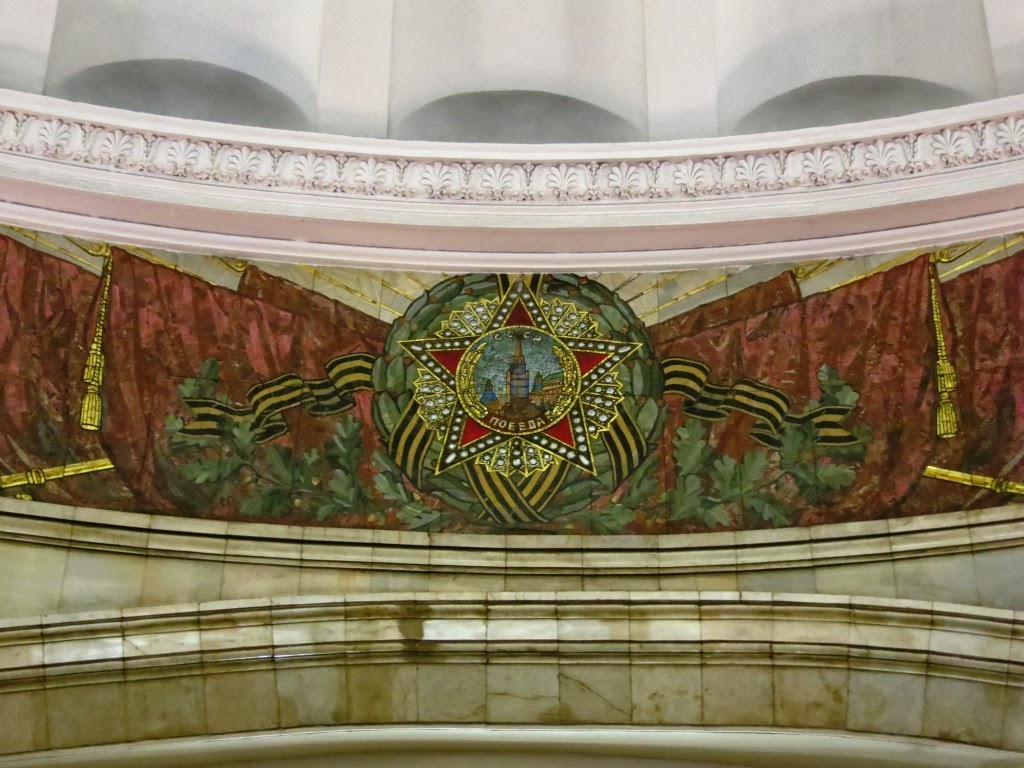 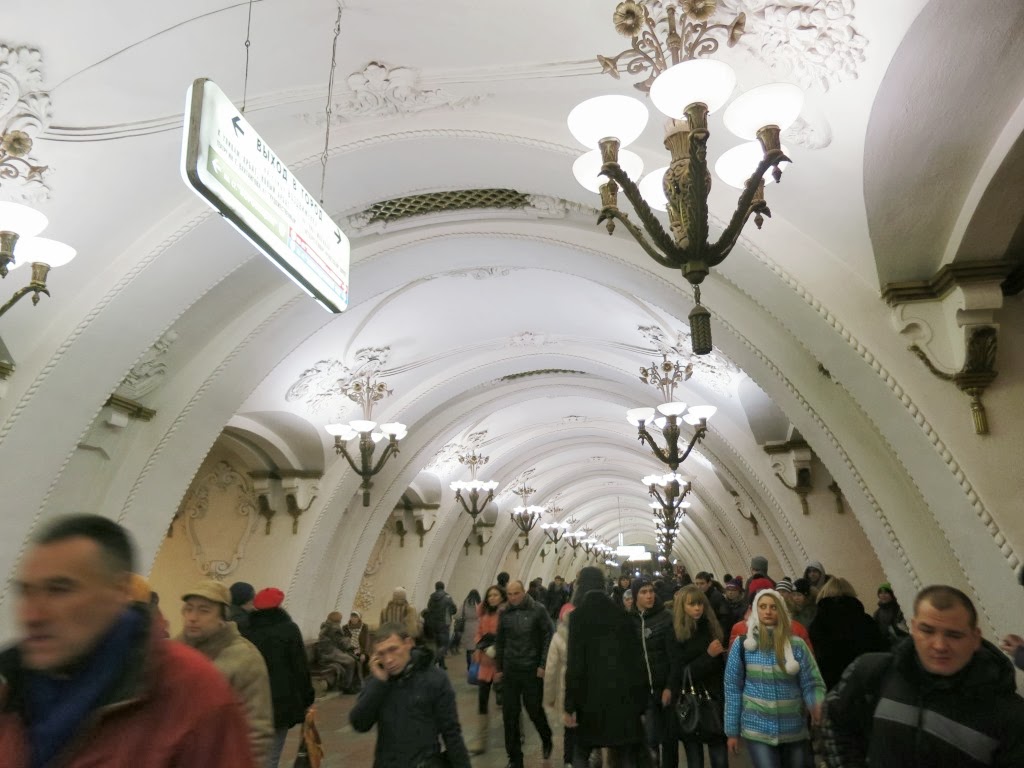 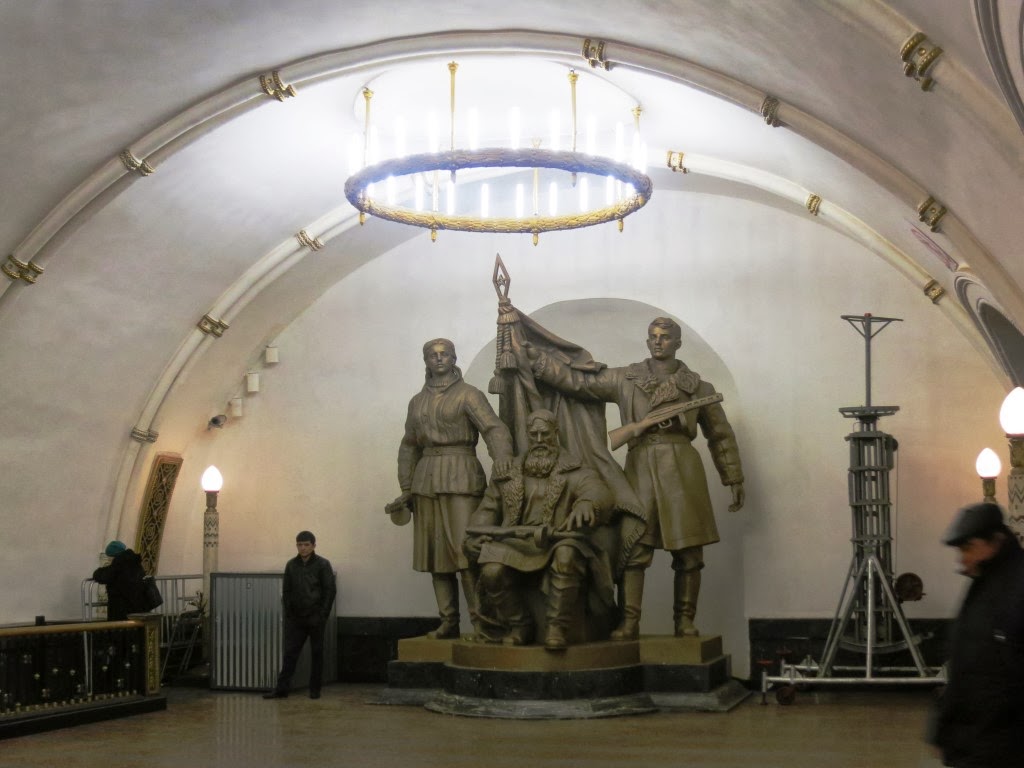 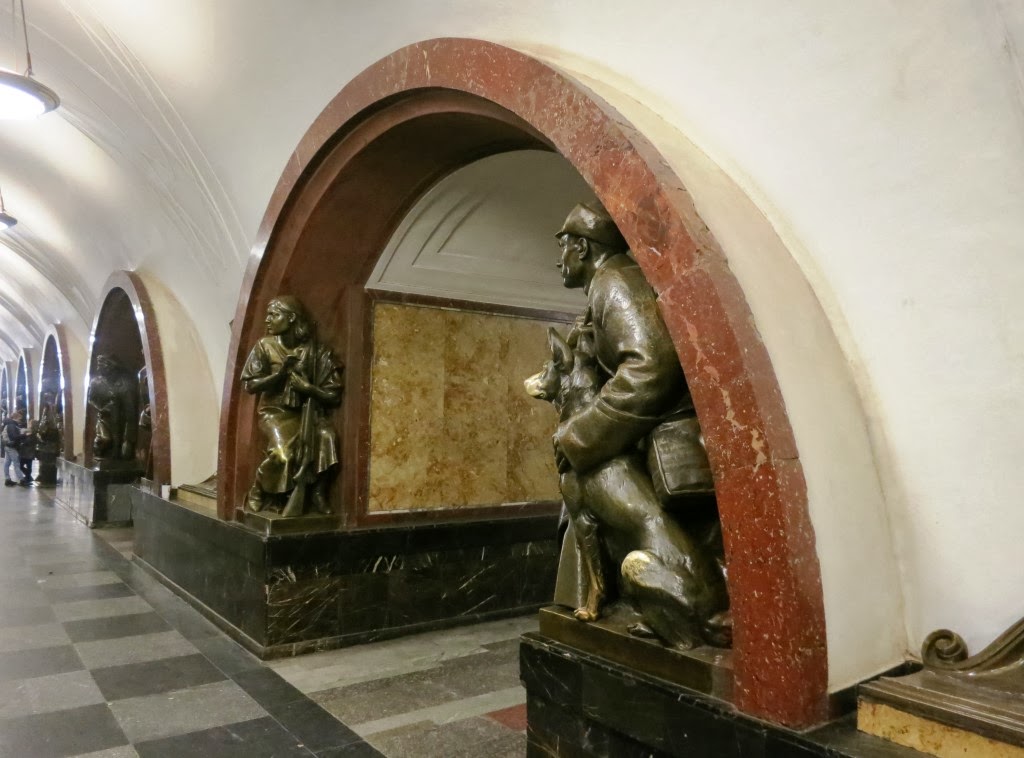 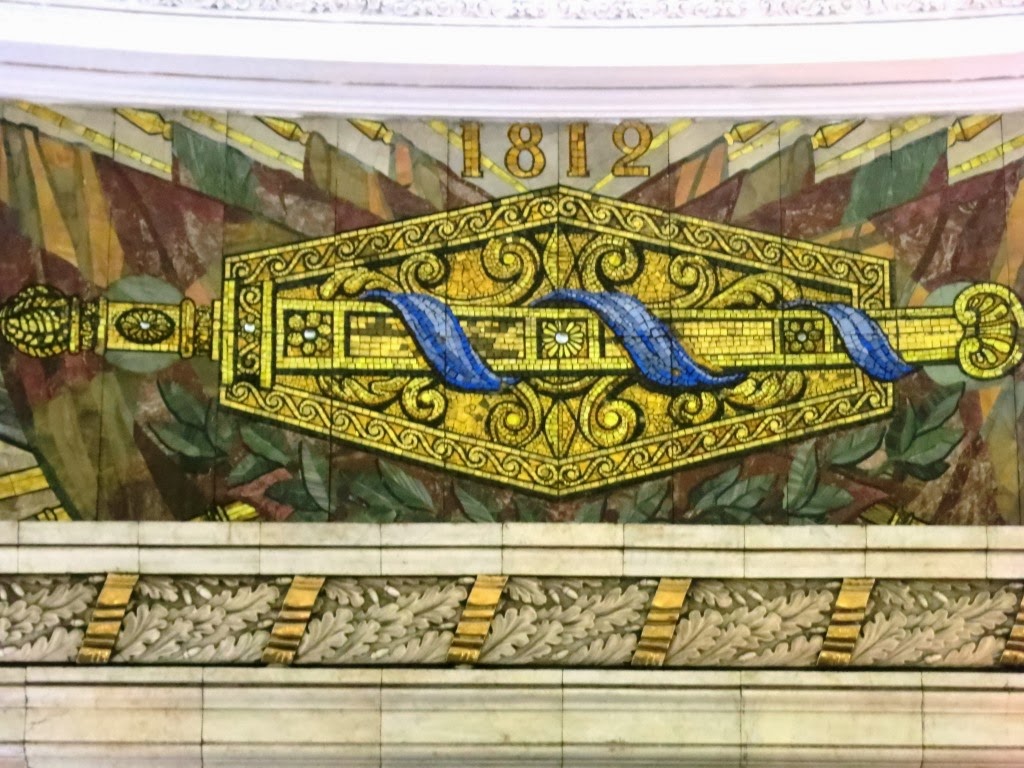 Posted by Michael Geller at 5:02 PM