Post Mortem: SFU City Conversation on the future of the Downtown Eastside 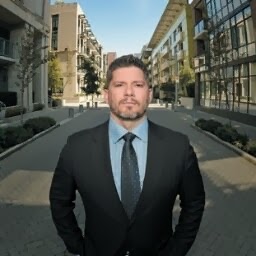 Although @michaelgeller & I often disagree, I always appreciate his bravery to say what he thinks in tough rooms, & promote a discussion.

I would like to think the organizers of yesterday's City Conversation would say the luncheon discussion was a success. I thought it was, even though as one of the attendees said, I had to take a lot of abuse. But this was not unexpected. After all, by provoking a discussion on the desired housing mix in the DTES, many might say I was asking for it. 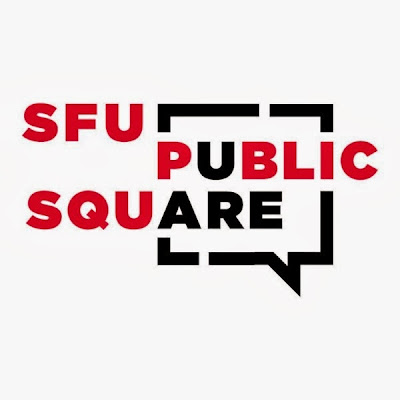 At issue is whether the City should concentrate more social housing in the DEOD portion of the Downtown Eastside and in so doing exclude condominium development, or encourage a broader mix of housing, including condominium projects, in this and other DTES neighbourhoods.

In my opening remarks, I noted that this should not be a political discussion; that is to say, an NPA position vs. a Vision or COPE position. Rather, this should be a discussion about the appropriate planning for the area. I raised this since in a recent article, local activist Jean Swanson dismissed my concerns since they were coming from a former NPA Council candidate and a developer.

I asked the audience to consider that 39 years ago, when Ray Spaxman was the City's newly arrived Director of Planning, I was the CMHC official responsible for assisting with the development of a number of social housing projects in the DTES.

As evidenced by Jean Swanson's latest article  http://downtowneast.net/category/city-community-planning/ local community activists do not want to see any condominium development in the area. This view was shared by a number of participants at yesterday's session.

Will any condos be allowed in the DEOD?
Others questioned whether this was indeed what the City Planning Department is proposing. In his presentation, Ray Spaxman advised the City may in fact allow condominium development up to 1 FSR  in the DEOD. However, any additional development above 1 FSR would have to be 60% social housing and 40% rental housing.

While one might question the marketability of units in a project with 20% condos and the balance social and rental housing, this to my mind is better than banning all condominium housing, which is what was intially understood to be the proposal.

While time did not permit a thorough conversation on the future of the DTES, a number of important topics were touched upon.

Who wants to live in the DTES?
In my opening remarks, I noted that while I know many people like living in the DTES the way it is (albeit with more self-contained social housing units), it was my understanding that many others would prefer to live in affordable housing elsewhere. For this reason, we should not be adding more social housing units to the area. While Ray Spaxman questioned this, one of the attendees reported that a recent survey had in fact revealed that 50% of area residents responded that they would like to live elsewhere. I was surprised the percentage was so high.

Coop housing?
There was a brief discussion as to whether coop housing would be permitted under the proposed new zoning. Without declaring a position on the desirability of coops, Cllr Andrea Reimer, who attended along with Cllr Carr, responded that coop housing could be considered as part of the social housing component.

However one of the attendees, who identified himself as a director of the Four Sisters Housing Cooperative informed the group that many of the lower income neighbourhood residents who had moved into his coop had left, since they did not want to assume the responsibilities of coop living. He thought coop living was not a good solution for the very poor. I found this disappointing.

More retail shops and services?
I suggested that it would be desirable to see many of the boarded up storefronts filled with a broad range of shops and services. Ray took this to mean that the existing businesses serving low income households would be forced out. This was not my proposition at all. Indeed, I believe there is plenty of room for a variety of businesses in the neighbourhood, including new restaurants. Hopefully the mix of retail uses will be addressed in the new plan.

Replacing SROs with self contained units
Many local residents supported the replacement of 5,000 +/- run down, dilapidated SRO units with new self-contained units. However, I noted this would likely cost between $1 billion and $1.5 billion. While BC Housing noted it has been acquiring and renovating SRO's (another $144 million has been committed) in my opinion, the necessary $1 billion + is never going to be available.

Rather than depend on this money, I suggested the City could improve the condition of the SRO's by more effectively enforcing its maintenance bylaws. I also proposed an increase in the shelter component of welfare since $375 or $425 is not sufficient to pay for decent, well maintained, and safe accommodation. I noted that in Toronto, well maintained SRO's rent for $500 to $550 a month.

An urban tragedy: Marguerite Ford House
In attendance was Marguerite Ford, a former City Alderman and longstanding advocate for affordable housing in the city. I recently learned that one of the 14 new social housing projects on city owned lands immediately south of the Olympic Village is known as Marguerite Ford House. When I asked Marguerite why I hadn't been invited to the opening I was shocked to learn the opening has had to be delayed. When speaking to others who were present, it appears the building is in a war zone.

Rather than fill the building with a mix of hard-to-house, low and moderate income residents as intended, the City Manager's Office insisted that all 147 units be occupied by homeless and otherwise hard-to-house individuals coming out of SRO's.

I have subsequently been told by a senior provincial official that they advised against this, but the City ignored their advice. The result has been a disaster.

As noted in this and other stories http://www.theprovince.com/news/behaviour+near+Olympic+Village+Condo+buyers+upset+antics+around+addictions+support+facility/9140219/story.html  there have been numerous problems with the building and over 149 calls to the police.

I raise this sad story for a couple of reasons. Firstly, readers of this block will recall a number of years ago I was severely criticized by Jim Green, Bob Rennie and others after I learned that the DTES based Portland Hotel Society was the preferred operator for the social housing units at Olympic Village. I warned that hard-to-house residents should not be moved into the Olympic Village.

Since the development was facing significant financial losses, I also suggested it would be better to sell off the units. The response was vitriolic. http://www.theglobeandmail.com/news/british-columbia/its-time-to-resolve-the-olympic-village-fiasco/article1380718/

While the City did not select the Portland Hotel Society to manage the units; (to date, no non-profit social housing manager has been found) and half the units were subsequently rented at the lower end of market rents, the problems I feared within the Olympic Village are now happening next door.

Although City staff were cautioned by the province and the building's non-profit operators, they went ahead and filled this building with formerly homeless and difficult SRO tenants. Why? According to the operators of the building, so the Mayor could claim success in reducing the number of street homeless.

Fortunately, I've been told that the province will not allow the City to fill up the remaining social housing on City lands with just the homeless and hard-to-house. Instead, it will insist on a broader mix of households in each building.

Hopefully the City will realize that accommodating a broader mix of households should also be the preferred approach in the DEOD and elsewhere in the DTES. One thing that I did learn at yesterday's City Conversation is that many others living in the community are also urging the City to proceed with this approach.

Posted by Michael Geller at 5:51 PM

Hi Michael, I was wondering if you could tell what abuse you were referring to that occurred during the Conversations Conference. I videoed the entire Conversation Conference from end to end and it looked very respectful to me.

Here is the video of the entire meeting: http://www.youtube.com/watch?v=mf1GodGiJfU&feature=youtu.be

If something abusive happened during the meeting or before or after the meeting, can you let me know what it was.

Hi Michael, I was wondering if you could tell what abuse you were referring to that occurred during the Conversations Conference. I videoed the entire Conversation Conference from end to end and it looked very respectful to me.

Here is the video of the entire meeting: http://www.youtube.com/watch?v=mf1GodGiJfU&feature=youtu.be

If something abusive happened during the meeting or before or after the meeting, can you let me know what it was.

Lj Meijer. Thank you for posting the video. I agree that the discussion was very respectful.

As I noted in the blog posting, it was one of the attendees who thought I was subjected to abuse.

However, having participated in many community debates and Public Hearings, I am accustomed to criticism and often do not feel abused when others might see things differently.