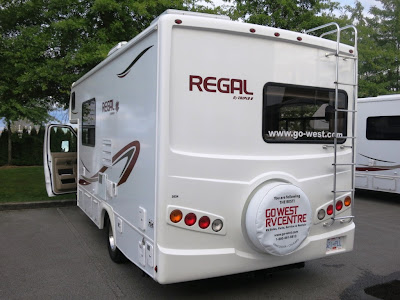 Whenever I promote the benefits of living in smaller spaces, people often ask if I could live in the compact spaces I advocate for others.

Many years ago, I did live in single rooms and shared flats, but over the years, the size of my living quarters increased to the point where I now live in a house with rooms I rarely enter. However, I was recently reminded of the delights, challenges and potential benefits of small-space living when I spent a weekend in a 120-square-foot recreational vehicle.

At eight-by-15 feet, it included kitchen facilities, a small bathroom with shower, and dining and sleeping areas. There was a full-height clothes closet and numerous built-in storage areas.

I realized that while it is one thing to live in a small space for a weekend, it is another to do so for extended periods. However, I could not help but think how this could have multiple applications, both for those who might choose to live this way and those who cannot afford larger accommodation.
I was also reminded that the layout and features of such a space can offer design and lifestyle lessons applicable to a broad range of housing, including a reduction in water and energy consumption and creative approaches to maximizing the use of space.

Many years ago, I worked at CMHC on a design guideline publication for mobile homes, and did a thesis at the University of Toronto's school of architecture on how pre-fabricated modular housing could be used to create affordable housing on vacant sites.

There seemed to be a constant supply of vacant land in Toronto awaiting development, and it seemed reasonable that these properties could be used on an interim basis for affordable housing. The concept was similar to that of school portables - usually set up for a number of years, then relocated to other school yards once permanent facilities were built. To facilitate relocation, the housing was modular and compact, similar to worker housing in remote communities.

The practice of creating vegetable gardens on urban lots is similar. These gardens will not remain forever, but they serve a useful purpose, and many consider them a great alternative to allowing the properties to lie fallow or become parking lots. 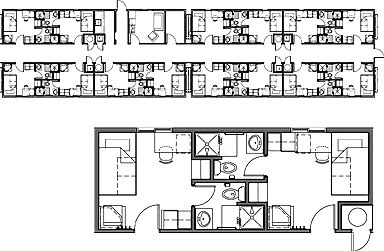 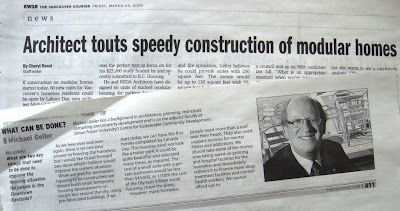 As Vancouver seeks solutions to address homelessness and increase affordable rental housing choices, I believe it is time to revisit the idea of relocatable housing. There are numerous vacant lots around the city, and while many will worry there is nothing more permanent than a temporary solution, as long as the housing is on privately owned land, it will ultimately be relocated. For those who worry about the esthetics, I would point to the attractive Olympic athletes' village that was at Whistler. Its modules were later relocated to other communities.

We might also look at container housing. A recent such project in the Downtown Eastside was made to look nothing like the steel containers stacked along the nearby Port Lands. Ironically, however, one recently approved residential development in the 900 Block East Hastings was designed so that it will look like stacked containers. 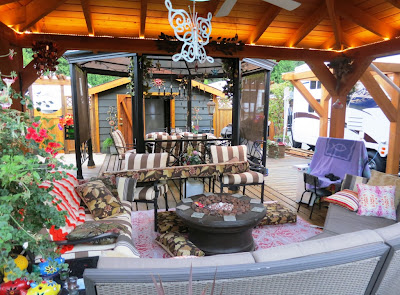 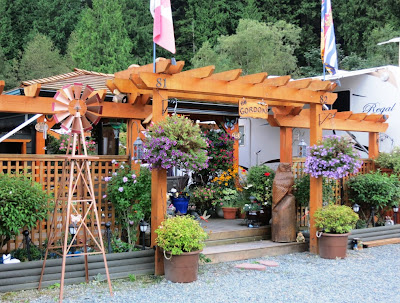 Many of those who purchase RV lots create elaborate vacation homes incorporating built-in barbecues, fireplaces, cabanas, covered decks and landscaping. During my recent weekend in the RV, I chatted with residents who took great pride in their properties and the overall sense of community. While this may not be surprising in what is essentially a holiday camp, I believe it is possible to create such a level of community in urban developments. 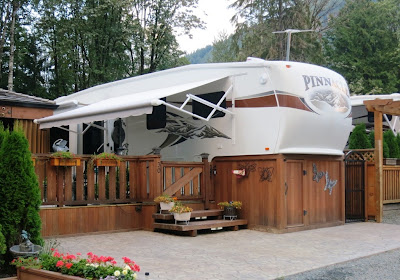 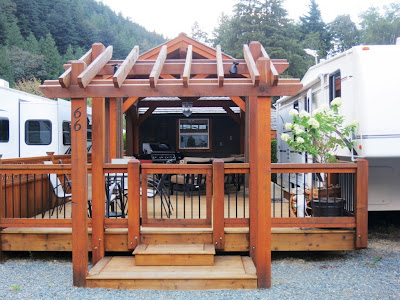 Today, there is a growing interest in living in small spaces, as evidenced in part by the success of laneway housing in Vancouver and elsewhere. Books and articles have been written on small-space living, and there are numerous websites, newsletters and other online publications on the subject. At the same time, some have negative impressions of RVs, travel trailers, mobile homes, as well as small houses and apartments.

I think it is time to take a fresh look at living in smaller spaces. The result could be innovative, affordable housing choices, and improved living conditions for the homeless and others living in shelters and some of Canada's most decrepit housing.

Michael Geller is a Vancouver architect, planner, real estate consultant and developer. You can read more about his relocatable housing proposal at http://gellersworldtravel.blogspot.ca/2012/12/finally-heres-description-of-proposal.html  He can be reached at geller@sfu.ca.

Postscript:  After this story was published my 31 year old daughter came over for dinner. During the course of the evening she confessed that while at a music festival in Nelson, she and a friend decided to buy a 23` RV and drove it back to Vancouver ($300 in gas) It`s now parked in front of her Main St area condo where some friends occasionally use it as a place to live....until she heads off to the next festival!
Posted by Michael Geller at 12:41 PM

My parents have a cabin-stye modular home and I can't help but be amazed at how beautiful it is. I thought that you can only achieve this when you have a traditional home, but I was wrong. I suddenly realized that my parents are more forward thinking than me. They are not afraid to take chances and they love the new technology today. After seeing how their home looks like now, I have to say, I'm now a convert! For more information and tips, see; http://modularhomeblog.com/modular/cabin-style-modular-homes.html