Cruising down the river on a Saturday morning...

I was a bit surprised when Mike Martin mentioned that my hosts had arranged a boat trip before my 9:55 flight on Saturday morning. But that's because I was thinking like a resident of Vancouver, and not a visitor to Trail. I mean, let's face it.  In Vancouver I would have to leave for the airport an hour and a half before the flight...that would have meant a very early start.  But not so in Trail! 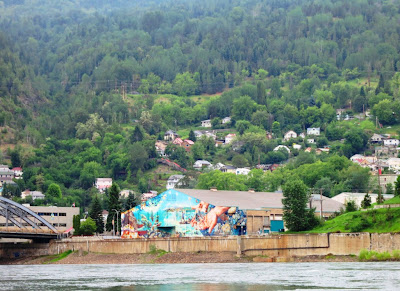 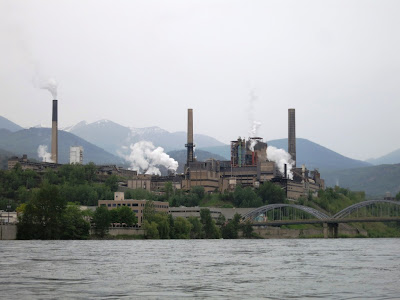 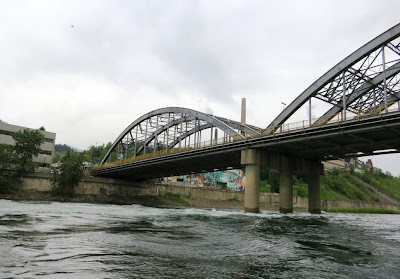 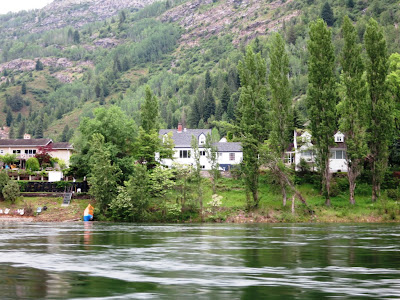 Don Freschi's boat (yes, Bruno's cousin) was docked about five minutes from my hotel.  We then toured up and down the river for about an hour, past the town centre, the Teck operations, and many waterfront homes. While I was noticing all the properties that I thought were ripe for redevelopment, Don was pointing out some good fishing areas. I subsequently learned that people weren't joking when they said he was a very experienced fisherman.  In fact, Don has been the host of a TV show Sport Fishing on the Fly www.sfotf.ca and is featured in many sport fishing videos. I hope he managed to get a few hours of fishing in after we left. 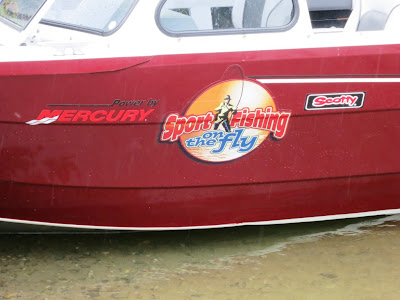 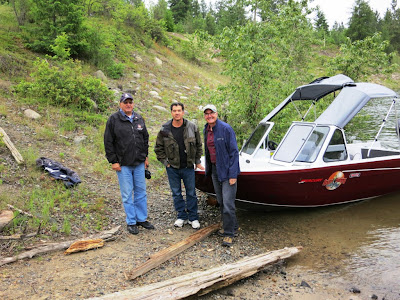 We docked up river and I joked how nice it would be to have a hot coffee.  The words were no sooner out of my mouth when an SUV pulled up and out came our hosts with a tray of Tim Horton's coffees and donuts/muffins. While everyone seemed quite relaxed, I was getting concerned about missing my flight. Finally I asked Betty how far we were from the airport and how long it would take to get there.

"We're at the airport" she said with a smile!  Sure enough, we drove up the hill and there was the plane on the tarmac! 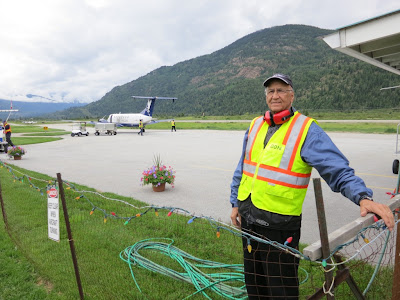 We said our goodbyes and I got on the plane.  No need to request a window seat or an aisle seat. The window seats were aisle seats.  The gentleman across the aisle asked the pilot about the day's in-flight movie. He said there was no movie today, but he and the co-pilot could provide a bit of theatre. We all agreed that wasn't necessary.

It turned out my fellow passenger was a surgeon who comes to Trail four times a year to help out. He told me that many of the doctors at the hospital enjoy living and working there since they are so close to skiing, golf, boating, fishing and can affordable beautiful homes they couldn't dream of owning in a big city. 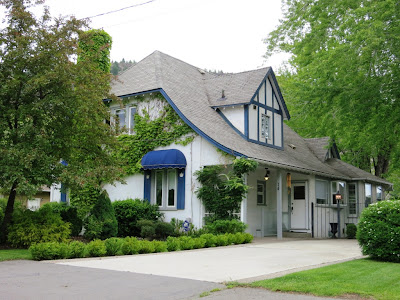 If they need more variety, they can get away for a weekend...they are close to Spokane, Kelowna and Vancouver (under $300 return incl taxes)

It reinforced my earlier impressions that while those of us who grew up in big cities can't imagine living in a small town, there is much to commend it.  Especially in a place like Trail where there are many good jobs and other employment opportunities.  Of course there are many aspects of big city life that are missing; the sidewalks are not as busy; there are fewer transportation options...Trail's bus service ends in the early evening, and there are few taxis, making it difficult to enjoy too much wine at dinner unless there is a designated driver.

However, these shortcomings can be offset by the sense of community and connectiveness...things that the Vancouver Foundation has discovered are often missing in a big city/region like Vancouver.  Perhaps that is why so many younger people who left Trail to go to school or work away, have decided to move back. Hopefully, over time they will become more involved in community politics and leadership and help bring about some necessary changes....such as a revitalized downtown, better transit and taxi service.

In so doing, they may well achieve the best of all worlds. But for the time being, I'm sure they, like many longtime residents, are very happy with and proud of their community. It's not only a great place to live...it's also a great place to visit! 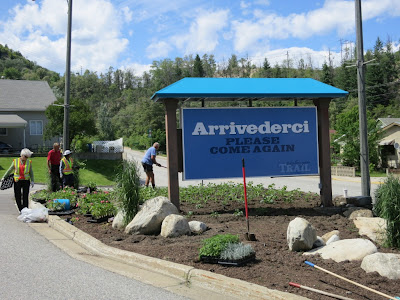 I'm not sure where you're getting your info, but good topic.

I needs to spend some time learning much more or understanding more.
Thanks for great information I was looking for this information
for my mission.

Hello There. I found your blog using msn. This is a really neatly written article.
I'll be sure to bookmark it and return to read extra of your useful information. Thanks for the post. I will definitely comeback.

What a material of un-ambiguity and preserveness of precious know-how on the topic
of unexpected feelings.