That was the week that was... 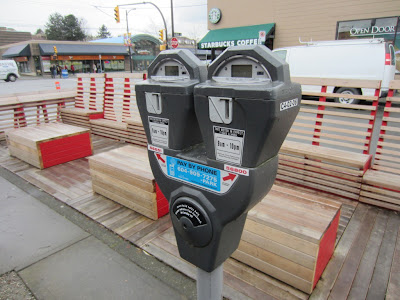 I once went to a camp in the Catskills with a fellow who lived on New York's Park Avenue who ended each day by giving it a grade. "Today was an 8 he would say".

As I reflect over the past week, I'd have to give it a very high mark too. I took a sustainability trip around the world at Globe 2012; I visited Avant, which has to be one of Vancouver's most innovative new housing developments; I had a guided visit around Mount Pleasant with a very pleasant architect who has been actively involved with smaller infill developments in the area; I saw a very unusual use of parking spaces just off Main Street; I participated in a 'debate' with Gordon Gibson and Peter Ladner on whether it is time to put the brakes on growth in Vancouver; I checked out some older Kerrisdale Coops and a once controversial infill development and later that day spoke to some members of the Arbutus Ridge, Kerrisdale and Shaughnessy ratepayers (ARKS) about the need for new development in their neigbhourhoods.

Oh yes, and I also received an invitation from the government of the Netherlands to attend the forthcoming 5th International Architecture Biennale in Rotterdam and spend a week touring the latest Dutch developments and innovations in housing and sustainability. That all happens next month. At Globe I came across a few things of special interest to me...Dow is starting to manufacture solar panel roof shingles that can be applied like regular roof shingles. An attractive idea especially for heritage buildings. 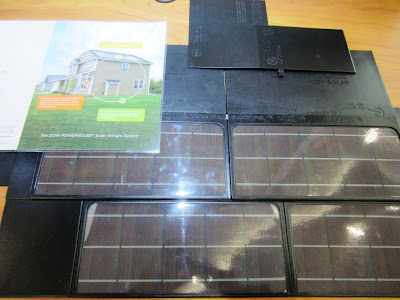 I was also fascinated by some of the new electric bikes on display. I'm sure these will become very popular, especially with old guys like me who have trouble getting up the hills. My one concern~how do you stop people from stealing them? 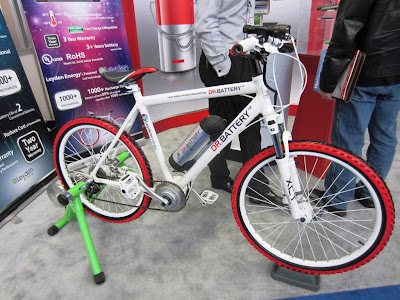 One of Vancouver's most innovative new projects
Avant is at the corner of Wall Street and Renfrew with dramatic views of the industrial waterfront. Developed by Aragon Properties, one of the region's most innovative development companies, it comprises stacked townhouses on a multi-family zoned site previously occupied by an industrial building. 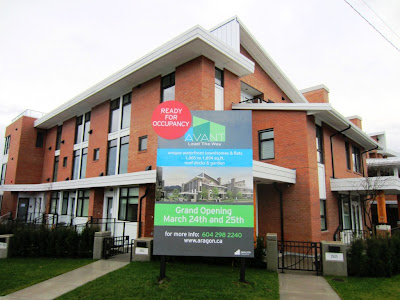 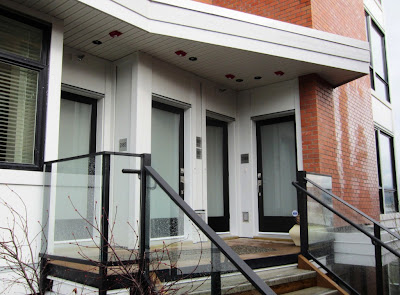 I think a book could be written about this project which started as conventional apartments that were opposed by the community, and subsequently by City staff. 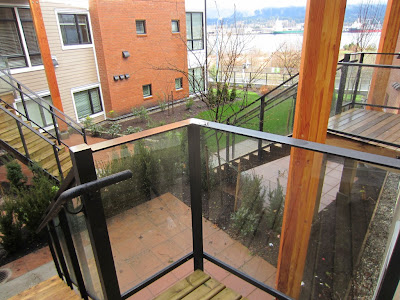 The developer, working with Ramsay Warden Architects, then proposed a number of smaller buildings comprising stacked townhouses that allowed views through the site over an underground garage. The developer incorporated geothermal energy and other sustainability features, in part in the hope this would facilitate the approval process. But it didn't. Moreover, the heating system added to the project's complexity, and meeting Buiding and Fire Department fire and safety requirments. (You really shouldn't be trying to run all those pipes through an unheated underground garage, and snaking heating ducts through side by side and stacked townhouses!)

Not surprisingly, both the developer and City staff offer different accounts for the complex designs and approval process. I think they're both right....and wrong...but other than that, am not really in a position to take sides.

What is undeniable, however, is the most impressive and very expensive array of mechanical equipment in the basement which will ensure that none of the purchasers will ever burn to death at Avant! 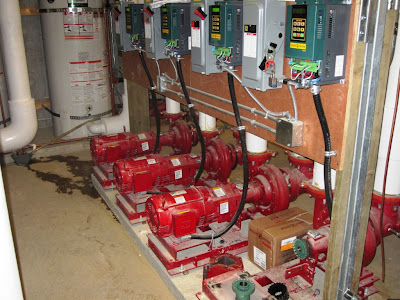 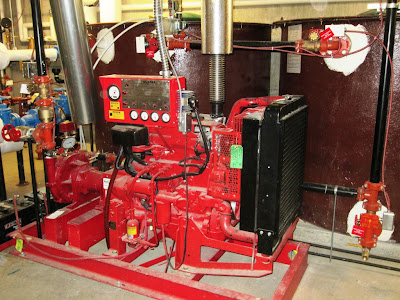 Speaking of purchasers, the units go on sale this weekend at prices which reflect the costly design and construction, and surprisingly high standard of interior and exterior finishes. I hope it sells well. Check it out at http://aragon.ca/sales/avant/

My guide in Mount Pleasant was Robert Chester, an architect who I met at an AIBC meeting arranged to provide input into the Building Form and Design Roundtable. He showed me an infill project that involved renovating an old house, converting it into three suites, and adding a coach house over the parking along the lane. The result is an increasingly desirable form of development, although Robert cautioned me that you really have to know your way around the RT zoning bylaws to succeed with this type of undertaking. 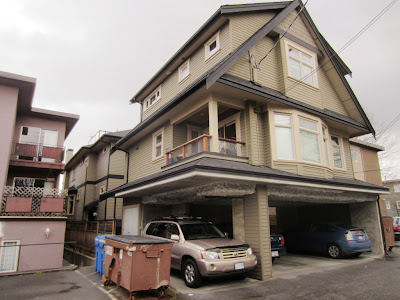 Nearby I saw a very interesting townhouse project with a couple of stacked units, which placed 9 units on a small corner lot. This is the type of project I'd like to see proliferate around the city, although the underground parking does add to the building costs and prices. 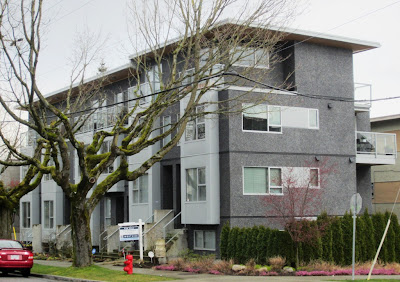 This parking meter isn't generating much revenue!
Just off Main Street I came across a 'pocket seating area' which occupies two parking spaces outside of a cafe. Hmmmmm, as Frances Bula would say. The City is looking for community input on this very interesting use of a portion of a city road. 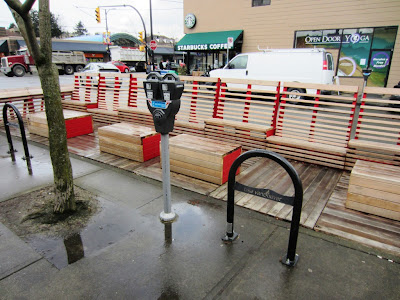 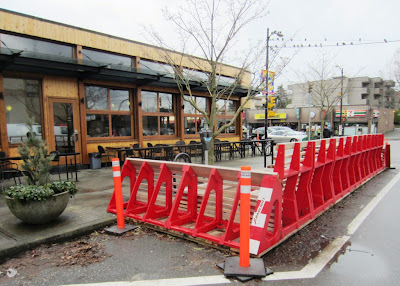 My trip around Kerrisdale took me to 45th and Macdonald where Brian Bell undertook a controversial infill project many years ago. It involved adding a number of new units on a large property and preservation of a large older house. Today everybody loves it! 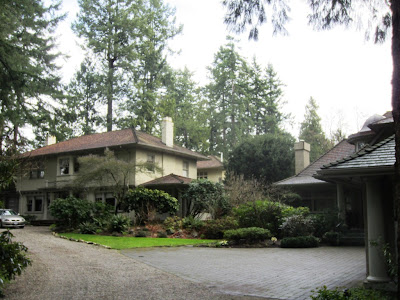 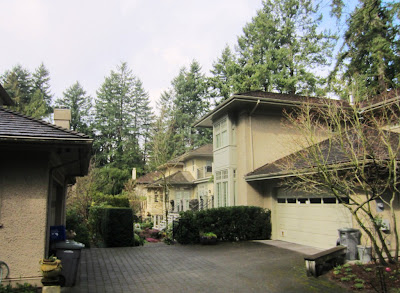 Finally, I was fascinated by some of the older buildings along West Boulevard with their rear lane parking solutions. Some had parking under the buildings; others had individual garages along the lane. Yes, apartments with individual garages. Now, why not add laneway units above them! 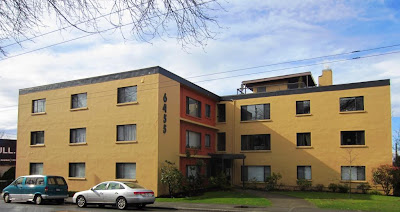 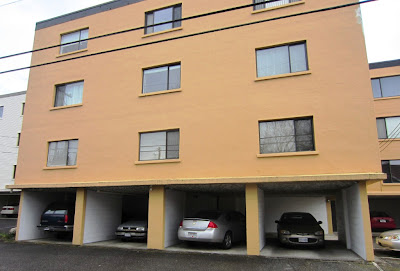 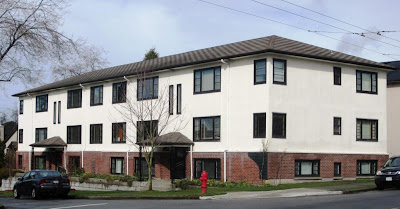 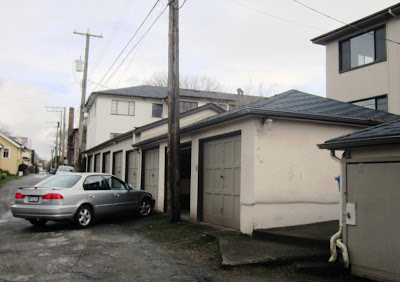 Many people wonder why we don't build smaller, more modest apartment buildings with laneway parking today. This is something my Report to the Mayor's Task Force on Affordable Housing attempts to address. And speaking of the report, thanks to Mitra Mansour, a young architectual graduate turned graphic designer for pulling it together over the past week.

Posted by Michael Geller at 7:42 AM

Hi Michael, one of the older buildings in Kerrisdale that you photographed is my coop. In fact, both of the older buildings you have pictured are co-ops. One of the challenges with making any changes to these, such as the units above parking you suggest, is that they are in C-2 zones and completely non-conforming under today's rules - uses, setbacks, FSR - the works. It isn't even a case of a minor amendment that the Board of Variance could handle. Plus, as co-ops, most if not all, have an "owner-occupier" clause in their by-laws, so any changes will be slow in coming as changes need a 2/3 or 3/4 majority vote to make such decisions. A little more complicated than even a strata where an assembly of units could be achieved over time. But they are very liveable, affordable and 'green' in their density.

First of all Vickie, I'm flattered you would take the time to read my blog! Yes, I was aware that these particular buildings are both coops and note in my report that one of them was built the same year I was...1947!

While I agree it may not be feasible to change many coops, Gordon Price has told me he thought his West End Coop might be ripe for such an initiative. Time will tell...cheers

I recently came across your blog and have been reading along. I thought I would leave my first comment. I don't know what to say except that I have enjoyed reading. Nice blog. I will keep visiting this blog very often.

How about this week?

I am new to developing websites and I was wondering if having your website title
related to your content really that important? I notice your title,
"Blogger: Michael Geller's Blog " does appear to be spot on
with what your website is about yet, I prefer to keep my title less content descriptive and based more
around site branding. Would you think this is a good idea or bad idea?
Any kind of assistance would be greatly appreciated.


Feel free to surf to my weblog :: home pc repair

Hi! This is kind of off topic but I need some guidance from an established blog.
Is it very difficult to set up your own blog? I'm not very techincal but I can figure things out pretty fast. I'm thinking
about creating my own but I'm not sure where to begin. Do you have any ideas or suggestions? Appreciate it

We stumbled over here from a different website and thought
I might check things out. I like what I see so i am just following you.
Look forward to looking into your web page repeatedly.

Exactly how do I go about getting one of these for the website I'm building? Thank you

Wow! This could be one particular of the most

helpful blogs We have ever arrive across on this subject

Want to know how to easily produce all of the green energy you could ever want right at home?

And you will be able to make your home completely immune from power outages, blackouts, and energy grid outages…
so even if everyone else in your area (or even the whole country) loses power you won’t.

You might be eligible for a new solar program.
Find out if you qualify now!