Is there significant 'unused zoning capacity' in Vancouver? 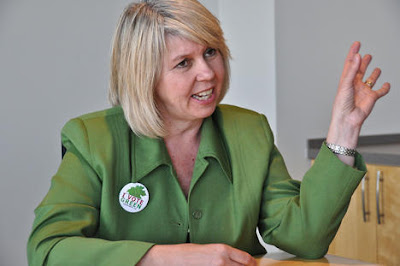 This week, Vancouver City Councillor Adriane Carr proposed a motion that the city look at its 'unused zoning capacity'. Some might argue she did this because she has been told that thousands of new multi-family housing units could be built all over the city, especially along the commercial arterial roads, without the need for disruptive rezonings.

Frances Bula reported on this on her blog http://www.blogger.com/www.francesbula.com, and I couldn't resist writing some comments since I remember quite vividly a similar conversation a few decades ago. Since the motion has passed, I thought I might set out some of my comments, with a few modifications.

I have mixed feelings about Cllr Carr’s motion. On one hand, it will hopefully demonstrate that there is a paucity of sites on the West Side of Vancouver that could be redeveloped with townhouses or stacked townhouses, without a rezoning. There are also very few such sites on the East Side as well. I look forward to the results.

The motion may also demonstrate that there are not many sites where one can build new low rise condominium or rental housing, without demolishing existing units. Unlike Puerto Vallarta, from where I write, we just don’t have vacant zoned land awaiting redevelopment.

I am concerned about the C1 and C2 results, however.

I mention the C1 and C2 sites since a couple of decades ago, a City planning report did identify that there was ‘capacity’ for thousands of new apartments in the city along the arterials. Therefore, there wasn’t the same pressure to rezone. However..... while there is a ‘statistical capacity’, when one examines these properties more closely one realizes they are not really redevelopment sites waiting to happen.

So what I am hoping is that Cllr Carr and many others will learn that there is a real need in our city to significantly increase the amount of zoned land that can be developed with more affordable types of rental and ownership housing. This will require rezoning.

However, I don’t think developers should be expected to come forward with rezoning applications…..one by one by one….as we have seen along Oak Street. I want to see the City take the lead and rezone land as part of a comprehensive planning process.

Now, as for the question of how do we finance the resulting new growth….I am not so naive as to suggest that it should only be funded by the public sector. I know that it is necessary for developers to make some payments, since this is how the city and developers oftentime ‘bribe’ the neighbourhoods to accept new proposals.

However, I would like to see these payments pre-determined, like Development Cost Charges, rather than negotiated on a project by project basis, taking into account ‘land lift’.

I also think its time to stop and reconsider just how much these developer payments (or extractions, as one of the city's prominent lawyers likes to call them) are adding to the cost of housing. While some like to think the payments are really just reducing how much the developer pays for the land, this isn’t usually the case. The costs are passed on…which means a purchaser has to find more money for the downpayment, and an increased mortgage.

It wasn’t always this way….you know. Decades ago, municipalities borrowed monies to fund new infrastructure, and repaid the loans from local improvement levies and property taxes. In other parts of North America, this is still the norm.

These are important questions to be addressed by the Housing Task Force. Just how much do CAC’s and DCC’s add to the cost of housing? Should the city reconsider how it rezones land and finances growth, when considering the affordability lense?

Many of us actively rezoning and developing land know the answers to these questions. Now we look forward to Cllr Carr and other members of Council learning the answers too!
Posted by Michael Geller at 7:08 AM