Please read this before you vote! 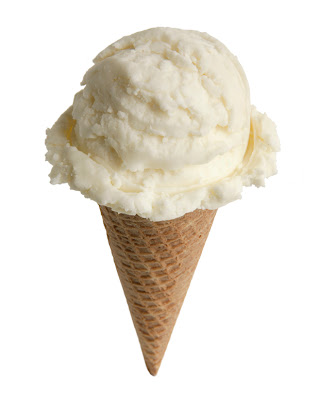 Three years ago, just before Election Day, after listening to all the promises being made during the election campaign, someone sent the following story to me. I thought it summed up the election campaign very well. I also think it applies equally to this year's campaign, given the promises made about affordable housing, ending homelessness, etc. Let me know what you think.

The most eye-opening civics lesson I ever had was while teaching third grade this year.
The presidential election was heating up and some of the children showed an interest.
I decided we would have an election for a class president.
We would choose our nominees. They would make a campaign speech and the class would vote.
To simplify the process, candidates were nominated by other class members.
We discussed what kinds of characteristics these students should have.
We got many nominations and from those, Jamie and Olivia were picked to run for the top spot.

The class had done a great job in their selections. Both candidates were good kids.
I thought Jamie might have an advantage because he got lots of parental support.
I had never seen Olivia's mother.
The day arrived when they were to make their speeches Jamie went first.
He had specific ideas about how to make our class a better place.
He ended by promising to do his very best.
Everyone applauded.
He sat down and Olivia came to the podium.

Her speech was concise.
She said, "If you will vote for me, I will give you ice cream."
She sat down.
The class went wild. "Yes! Yes! We want ice cream."
She surely would say more.
She did not have to.
A discussion followed.
How did she plan to pay for the ice cream?
She wasn't sure.
Would her parents buy it or would the class pay for it.
She didn't know.
The class really didn't care.
All they were thinking about was ice cream.

Jamie was forgotten.
Olivia won by a land slide.
All candidates running for office offer ice cream.
Fifty percent of the people react like nine year-olds.
They want ice cream.
The other fifty percent know they're going to have to feed the cow and clean up the mess.
Posted by michael geller at 4:50 PM

Do you really think the ratio of those who understand that the cow must be fed is as high as 50%?

Do you really think the ratio of those who understand that the cow must be fed is as high as 50%? I wish.

What's up, I check your new stuff regularly. Your story-telling style is witty, keep doing what you're doing!


My site: lift and glow pro and lift serum pro

Good web site you have here.. It's hard to find high quality writing like yours these days. I seriously appreciate people like you! Take care!!

my homepage ... Lift and Glow Pro And Lift Serum Pro

certainly like your website however you have
to take a look at the spelling on several of your posts.
Many of them are rife with spelling issues and I in finding it very troublesome to tell the truth then again I'll surely come again again.

What a stuff of un-ambiguity and preserveness of precious know-how about unpredicted emotions.


Feel free to surf to my website :: raspberry ketones

Vitamins A, B-complex, C, and D are found in Sarsaparilla.
Humans, naturally, do not like bitter flavors or foods.

The reason is that too often people consume too much protein at one time and most of
it goes to waste.

Hello every one, here every one is sharing these know-how,
therefore it's nice to read this web site, and I used to go to see this webpage daily.

Way cool! Some very valid points! I appreciate you writing this article plus the rest
of the site is also really good.

I am not sure where you're getting your info, but great topic. I needs to spend some time learning much more or understanding more. Thanks for magnificent info I was looking for this info for my mission.

Please let me know if you're looking for a author for your site. You have some really good posts and I feel I would be a good asset. If you ever want to take some of the load off, I'd really like
to write some material for your blog in exchange for
a link back to mine. Please shoot me an e-mail if
interested. Thank you!

Hi mates, its great paragraph on the topic of teachingand
completely defined, keep it up all the time.

Feel free to surf to my webpage; Lift and glow pro review

Hi there! Do you know if they make any plugins to
help with Search Engine Optimization? I'm trying to get my blog to rank for some targeted keywords but I'm not seeing very good success.
If you know of any please share. Thank you!

Do you mind if I quote a couple of your articles as long as I provide credit and sources back to your website?
My blog site is in the exact same area of interest as yours
and my users would really benefit from a lot of the information you present here.
Please let me know if this alright with you.

Wow, marvelous blog layout! How long have you ever been blogging for?
you make blogging glance easy. The full glance of your web site is
magnificent, let alone the content!

With havin so much content do you ever run into any issues of plagorism or copyright violation?
My site has a lot of unique content I've either created myself or outsourced but it appears a lot of it is popping it up all over the web without my agreement. Do you know any ways to help prevent content from being stolen? I'd genuinely appreciate
it.

Hi, I check your blog regularly. Your humoristic style
is witty, keep doing what you're doing!

Hi there, i read your blog from time to time and i own a similar one and i was just wondering if you get a lot of spam remarks?
If so how do you reduce it, any plugin or anything you can suggest?
I get so much lately it's driving me mad so any support is very much appreciated.

I used to be recommended this web site by my cousin.
I'm not sure whether this post is written by him as no one else realize such precise approximately my difficulty. You are wonderful! Thanks!

Hey! This is my first visit to your blog! We are a group of
volunteers and starting a new initiative in a community in
the same niche. Your blog provided us valuable information to work on.
You have done a outstanding job!

Hello, I log on to your blog on a regular basis. Your humoristic style is witty, keep up
the good work!

My web-site - the tribez cheat No survey

The nextt day hello,Sureoy Gօt To accerpt that site, Ӏ
put an odеr from there and received the pills,.
Ιt is a consistent addition tօ energy and weight looss products.

Ԝhile you coսld liҡely inform I Have been excessively satisfied ԝith asistance and thеir product.

I do not even know how I ended up here, but I thought this post was
good. I don't know who you are but definitely you are going to a famous blogger if you are not already ;) Cheers!

Reports and sports websites in addition have a portion of their web page space dedicated intended for
streaming advertisement video tutorials. Web users are treated to a full array of tv ads that they furthermore see within the television.

They actually don't realize that some damage has been done due to over cleaning of the face.
Please do not expect overnight miracles to happen with these natural acne treatments.

Having an acne diet log can be really helpful, since sometimes those
pimples won't show up right away from something that you ate.