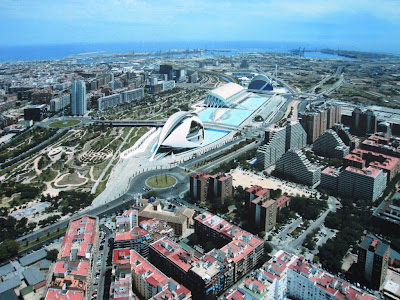 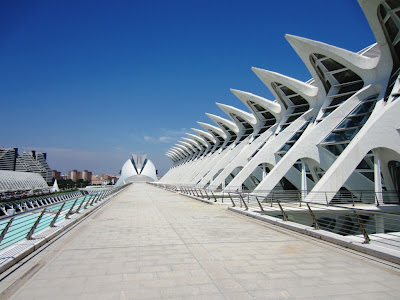 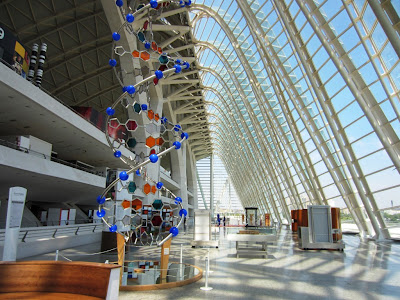 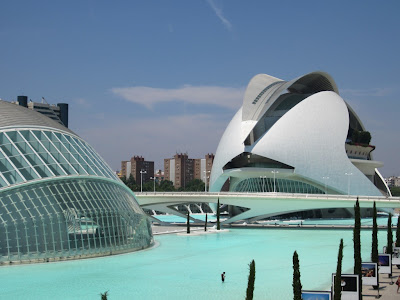 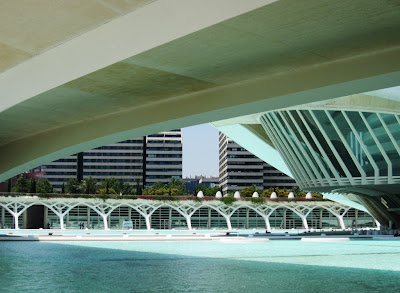 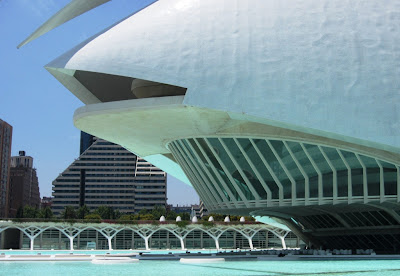 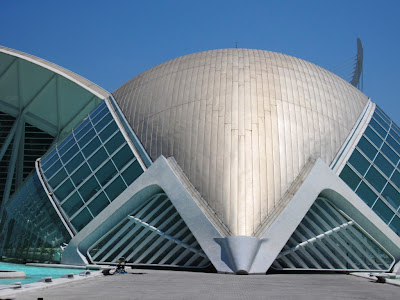 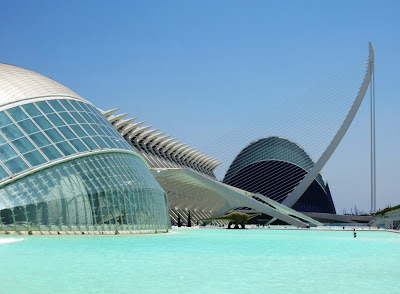 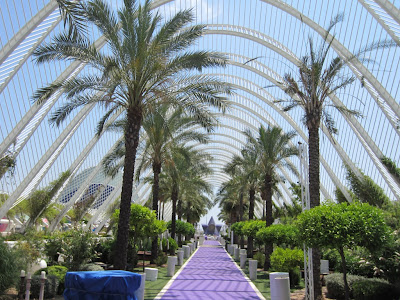 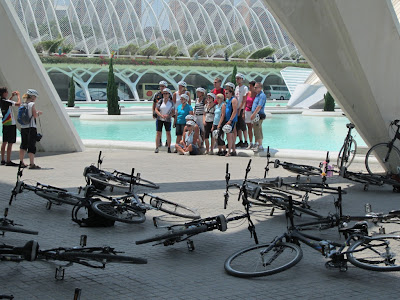 I do not think I have ever seen any modern building complex that is quite as fantastic as the futuristic complex of the City of Arts and Sciences in Valencia. It comprises five astonishing buildings…four by Santiago Calatrava and one by Felix Candela. They include a science museum, a concert hall, an aquarium, an Imax Cinema, and L’umbracle, a giant pergola of parabolic arches which is reminiscent of a Calatrava designed space in downtown Toronto. There’s another building still being finished, which has been used for a tennis match!

As I wandered around, I could not help but think about how Calatrava and Candelera could convince public officials to spend so much money on what can only be described as architectural and engineering extravaganzas. Some of the structural gymnastics are literally breathtaking, and I also could not help but think how much money could have been saved if only one or two extra columns could have been allowed to be added in a few places!

But like the Frank Gehry museum that has put Bilbao on the map, this complex has done a lot for Valencia and its civic pride. But not only to I wonder how civic officials could decide to spend so much on this complex, I also worry how they are going to pay for all the upkeep that will be required…since already one can see that repairs and maintenance are required. This is particularly worrisome since according to one newspaper story I read, the Valencia region is verging on bankruptcy and struggling to pay its bills.

But it is a fantastic set of buildings, as these photos hopefully illustrate.
Posted by michael geller at 6:28 AM

It's a bit Corbusian for my taste...where are all the people??

there is no people because they forgot to build the runaway for plane (and its control tower) giving a reason for people to visit this terminal.