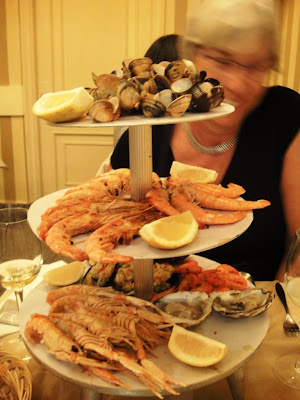 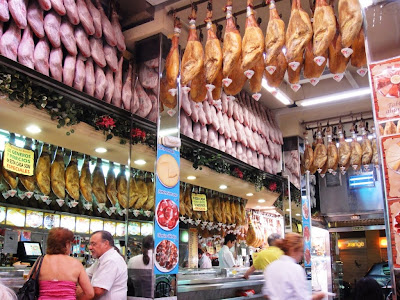 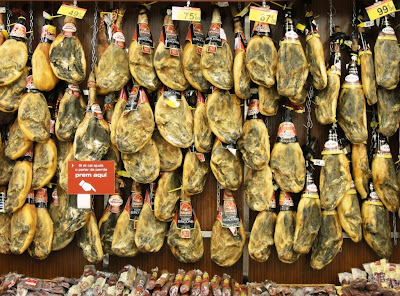 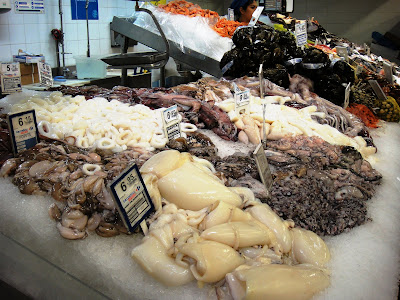 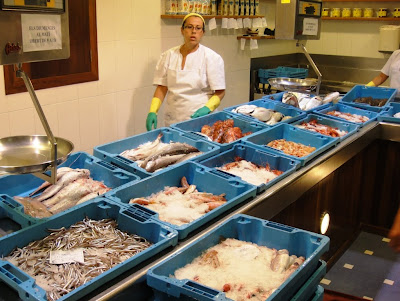 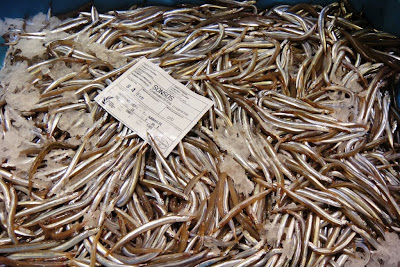 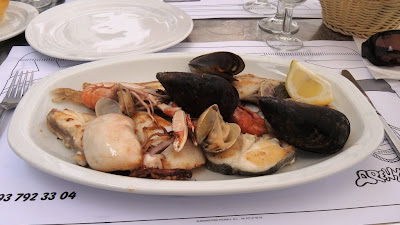 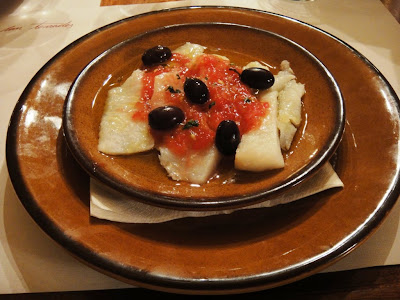 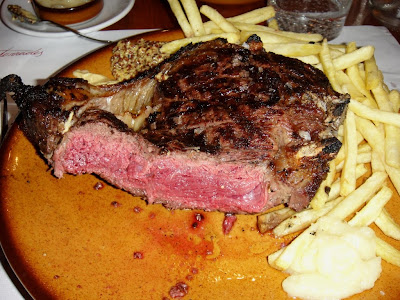 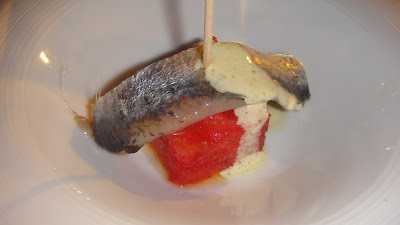 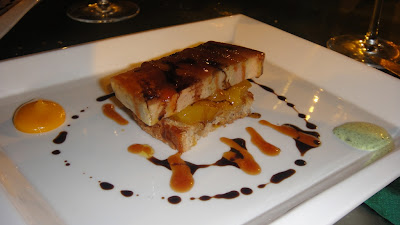 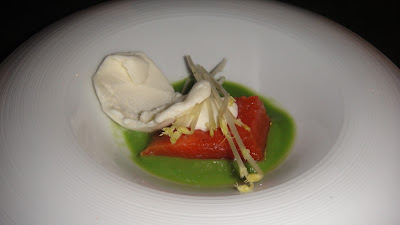 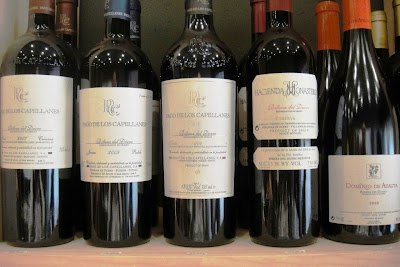 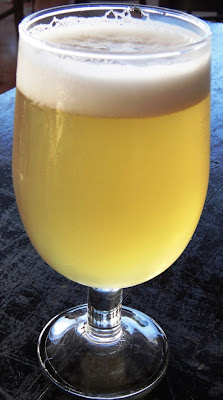 Posted by michael geller at 8:38 AM

I didn't enjoy the food as much as you seemed to, but it could have simply been bad luck.

At one ham stall in the main market in Barcelona I saw some prized Serrano ham for 178 euros per kilo!

How about some Barcelona sounds: http://www.youtube.com/watch?v=Ztqcuawqi34&feature=related

I also didn't enjoy the food here, but i love Spanish wine...Its too good...locations espagne

>In the United Kingdom, Shandy is beer mixed with carbonated lemonade. It may be purchased as a low alcohol soda or mixed at a bar to create a drink of 2 to 3.5% ABV. Fentimans, of Hexham, markets a lemonade-based Shandy made of a 70% – 30% mixture of beer and carbonated lemonade rated at 0.5 ABV (1 proof). It is available in the United States through Lion Brewery, Inc.. ... In France, a panaché (meaning "mixed" or "motley") is beer mixed or flavoured with limonade (French-style lemonade), which is lemon-flavoured soda or soda water. Adding grenadine to the mix makes a Monaco.<

Thanks for those hints in this regard
hot girls sex