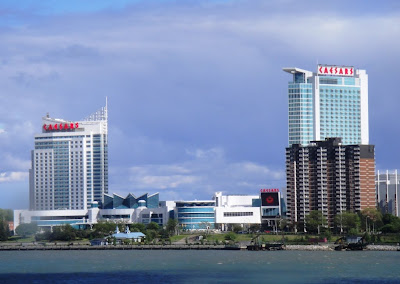 On Friday morning I boarded a VIA train in Toronto for Windsor. I can't remember whether I have ever been here before but it doesn't matter... even if I have been here, it's changed. Windsor couldn't refuse an offer Vancouver once refused...to allow an American casino operator to build a facility on a prime waterfront site along with new convention facilities. While the development was initially undertaken by another company, it is now operated by Caesars, and is quite an impressive facility. The 32 storey hotel had very nice rooms and can command $275 a night on the weekend. That's not bad for a place like Windsor.

I came to Windsor to speak to at the Ontario Association of Architects' annual conference. My topic, lessons for Canadian cities from around the world...and I was given 3 1/2 hours! (Even I wouldn't want to have to listen to myself for 3 1/2 hours.) But it was a good discussion and hopefully those in attendance thought it was a good way to spend a Saturday morning. 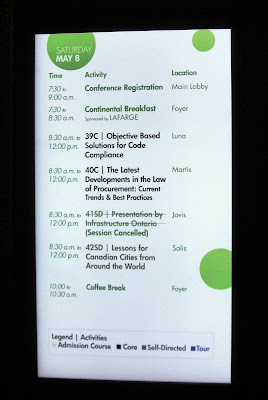 I decided to spend Saturday afternoon walking around Windsor but everyone cautioned me against it. "It's a lively place in the summer", said the hotel concierge, "but there's not much to do today." Instead, he suggested that I go over to Detroit. I decided to ignore him and set off to explore. But as a cold wind blew over the Detroit River, with virtually no life in sight, I decided to take his advice and set off for the bus station to get the Tunnel Bus. 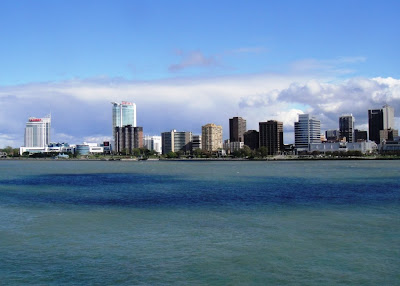 Posted by michael geller at 6:54 AM

I am interested to play casino, But don't know. How I learn casino. have you any สมัคร gclub for learning it. Let me know
thank you

I am really enjoying the theme/design of your web site. Do you ever run into any internet browser compatibility problems? A handful of my blog visitors have complained about my blog not working correctly in Explorer but looks great in Firefox. Do you have any suggestions to help fix this issue? Bitcoin Casino Slots

Spending some times on playing games online can make your life stress-free. Good to see some valuable content on this. Thanks.
Regards, Ethan Smith
Casino Games

Superbly written article, if only all bloggers offered the same content as you, the internet would be a far better place.. 카지노사이트추천

The information you have posted is very useful. The sites you have referred was good. Thanks for sharing.. 토토사이트

Thank you again for all the knowledge you distribute,Good post. I was very interested in the article, it's quite inspiring I should admit. I like visiting you site since I always come across interesting articles like this one.Great Job, I greatly appreciate that.Do Keep sharing! Regards, betano