In the beginning was the word. Genesis 1:1? 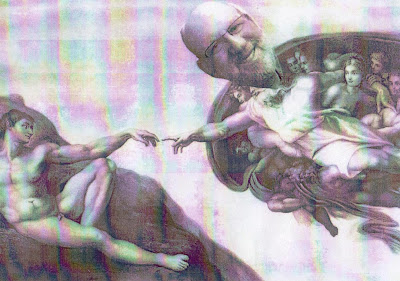 I don't normally start my day with scripture, but I did yesterday when I read a Letter to the Editor to the Vancouver Sun, written by former Vancouver Alderman Jonathan Baker. Baker, who I used to know socially, and once retained for a legal opinion, was bothered by my recent Vancouver Sun Lexicon article and my earlier comments at a Dunbar Resident's Association AGM regarding the need for more housing choices in Dunabar.

Taking a cue from the editor's headline "An introductory Lesson" and what he perhaps perceived as a 'holier than thou' attitude, Baker closed his letter with the following:

In his "introductory lesson" published in the Nov 28 Sun, Geller has provided us with the proper lexicon. Now we can communicate with him. As Geller's colleague and close friend stated in Genesis 1:1 "the the beginning was the word".

Very odd, I thought. For a number of reasons.

While I don't pretend to be a biblical scholar, I knew this was not correct, since Genesis 1:1 was the portion of the bible that I was required to read at my Bar Mitzvah. In fact, Jonathan was quoting John 1:1 In the beginning was the Word and the Word was with God.

I decided to point this out to him, and he in turn sent me the above illustration that he or someone prepared. I was not sure whether to be flattered or insulted. But in the true tradition of the bible, I have decided to turn the other cheek!

However, I do look forward to meeting with Jonathan and his colleagues early in the new year to discuss the housing issues in Dunbar that so troubled him and other members of the Dunbar Vision Implementation Committee. I think they will be surprised to discover that I actually agree with their position on the need to ensure that projects that are approved as seniors' housing, remain seniors housing. What I do not agree with is their narrow definition of seniors' housing.

Posted by michael geller at 5:45 AM