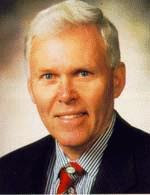 Art Cowie, a well known and popular public figure in Vancouver passed away suddenly on Saturday November 21 at the age of 75. A professional planner and landscape architect, he served the citizens of Vancouver on the Park Board, City Council and in the provincial legislature. Elected as an MLA in 1991, he voluntarily gave up his seat in fall 1993 to allow Gordon Campbell to run provincially.

As founder of Eikos Inc. Mr. Cowie was an early proponent of environmental planning, He worked on a wide range of land use, environmental and urban design assignments throughout British Columbia and in England, Scotland, Australia and Nigeria.

He was widely known as an ideas person who promoted a broad range of activities including innovative landscapes, alternative forms of affordable housing, integration of transit and development, and memorial park planning and design.

His most recent venture, a new form of housing in Vancouver-individually owned ‘fee simple’ row houses, is currently under construction in Vancouver. After many years in the planning and development stage, he and his wife Cathy were preparing to move into one of the homes early in the new year.

A prolific writer, Mr. Cowie’s articles were printed in numerous professional publications. He was also the author of Vancouver Hot Spots, (www.remembernow.com) a website devoted to articles about development issues and trends in Vancouver and the surrounding region.

“He will be missed by many friends in landscape architecture, planning and political circles” said Michael Geller a long time friend who first got to know Mr. Cowie when he was a TEAM City Councillor in the early 1970’s.

Former City Councillor Gordon Price described him as one of Vancouver’s Renaissance men – a landscape architect, planner, and politician-from Park Commissioner to MLA, developer, commentator, and writer – and always with a passion.

Another long time friend Bob Ransford had this to say upon learning of his death. “Art's ideas were vital, his interests many and diverse and his persistence admirable. Art was motivated entirely by a desire to do good, to be innovative and to serve because he cared about this place we call our community."

Mr. Cowie leaves behind his wife Cathy, daughters Lisa and Sharon, step-daughter Corrie and their families. Details of a memorial service will be announced in the coming weeks.

Posted by michael geller at 6:47 PM