A Spring Cleaning for Vancouver 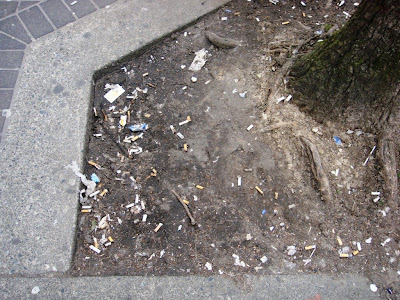 I think I have touched a nerve.

As I have been wandering around the downtown, and other parts of the city, I have become increasingly disturbed by the mess on our streets...not only chewing gum and litter, but an increasing number of cigarette butts just strewn about. This prompted me to write an op-ed piece for the Vancouver Sun which was published on April 16th. Since then, I have been inundated with emails and calls from radio stations wanting to discuss the article, and some of the suggested solutions.

In case you missed it, below is the story from the Sun. I would welcome any comments, and suggestions on what we might do to improve the litter control in our city.

As a teenager growing up in Toronto, I was always a bit dismissive of American relatives who constantly commented on how clean our city was. After all, was that really so important, especially since Toronto seemed somewhat dull and boring compared with many American cities. However, four decades later, I now find myself constantly focusing on urban cleanliness.

By international standards, Vancouver is a relatively clean city. We particularly excel in the management of unwanted graffiti, which is now plaguing many cities around the world. One only has to visit the ancient sites of Greece, or Sao Paulo where graffiti artists tag the upper floors of luxury apartment buildings, to appreciate how well we are doing.

However, while we have managed to contain graffiti, we are failing when it comes to controlling chewing gum, cigarette butts and other litter.

Now I realize many may question whether this is really something to get worked up about. After all, given the terrible gang violence in our city, the tragic death of Wendy Ladner-Beaudry, and the serious economic times we are facing, is it really that important to worry about our city’s cleanliness?

I think it is, especially since the cleanliness of a city says something about the sense of pride of its residents. Furthermore, it is an aspect of urban life that we can do something about.

To better understand my concern, take a look at the areas in front of the Burrard Street SkyTrain station or most downtown office buildings. Or look at the sidewalks and tree grates along most downtown streets. Not only are they covered with ugly stains from chewing gum, but far too many people are turning these areas into ashtrays.

Around the world, other cities have come up with various solutions to deal with these problems. In Dublin, the city administration has placed provocative posters on buses and bus shelters proclaiming: If you behave like a piece of filth, that’s how the world sees you. Litter is disgusting. So are those responsible.

In Galway, posters urge people to bin your gum. Others remind people that cigarette butts are not biodegradable. They harm marine and animal life and they account for a large percentage of public litter. And if these messages do not deter residents, the ‘on the spot’ fines of 150 Euros usually do. The fine for not cleaning up after your dog? Up to 1900 Euros. Galway is extremely clean.

Elsewhere throughout the country, towns and cities compete to win a ‘Tidy Town’ award with many shopkeepers participating in ‘litter patrol’ programs every day as they close up their businesses.

Ireland is not alone in such programs. In Singapore, public housing residents compete each year to see who can maintain the cleanest project. The prize monies are more than offset by savings in maintenance. In Hong Kong, there is a fixed penalty of $1500HK for littering. And In Fort Lauderdale and many other American cities, ‘smoking poles’ are found outside building entrances, resulting in the easy collection and disposal of cigarette butts. 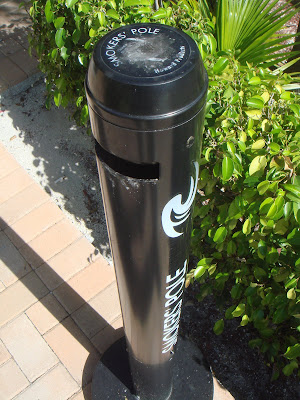 To help keep poorer neighbourhoods clean and tidy, the city pays residents to pick up their own garbage…with bus tickets! These allow travel to other parts of the city to find work. And the numbers on the tickets are good for a weekly lottery.

As Jaime Lerner, the former Mayor of Curitiba, once told a Vancouver audience, “If you want to see creativity in a city department, just knock a zero off its budget!”

Over the coming months, it is my hope that residents throughout our city, including the Downtown Eastside, will agree that it is now time to embark on a community ‘Spring Cleaning’. To help keep some neighbourhoods clean over the longer term, residents might want to consider setting up an ‘Adopt a Block’ program, similar to programs that help maintain American highways

In less than a year, the world will be coming to Vancouver. I would like to think that we have enough civic pride to start a cleaning program without the threat of fines. Let’s start by not throwing chewing gum and cigarette butts on the ground, and more carefully disposing of litter. If we need more ashtrays, I would invite businesses to install and maintain ‘smoking poles’ where required.

As the ‘broken windows’ programs in many American cities have shown us, often when we tend to the small problems, the bigger problems also get addressed.

A good spring cleaning might be a good way to get started. 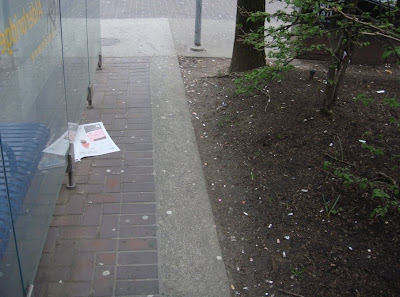 Posted by michael geller at 4:24 PM

Until now I did not know that there is a server, but a friend advised me to it, and I was surprised that I got out, he found that what I needed, and will be.

I read this Post and this is very informative blog . Thank you for sharing such like of information.for more information about this you can also visit our site. Best Industrial Office Cleaning Service

House Cleaning services are very important if you want to keep your home neat, clean or organized. Cleaners have advanced equipment for cleaning your curtains and carpets. I really appreciate the way many cleaning companies are working.
House Cleaning Services
House Cleaning Montreal
House Cleaning Laval