As we drove to

, we drove through fields of avocados. They were everywhere, and at roadside stands they were very inexpensive. In some places 4 for a dollar and in others even less. Eventually, we had to stop, and Sally bought a bag of them for $2, but they were not quite ripe. Not to worry, we’ll get some more at the supermarket. But at Woolworths, they were over $2 each! I decided ours were ripe enough.

We then drove by the only prawn farm in . The water is kept warm by the nearby thermal springs power generator. It offers tours, a place 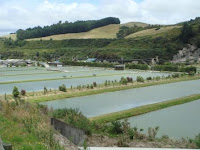 to eat and buy fresh prawns. We thought, wouldn’t it be nice to take the tour, and then buy some cheap prawns to go with our cheap a 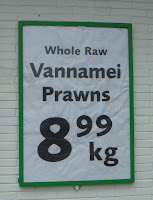 vocados. The place looked quite impressive as we drove through the grounds. But once inside, we were shocked to discover the prawns were $50 a kilo!!! It didn’t make sense. There were acres of them right outside. I knew we could do much better at the supermarket, even if they would not be fresh or local. Sure enough, the supermarket had prawns on sale for $8.99 a kilo. And they had traveled all the way from . It just doesn’t make sense 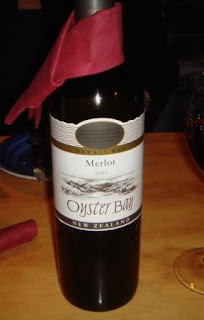 One of our favourite white wines in is ’s Oyster Bay Sauvignon Blanc. We were introduced to it by Art Phillips, who thought it was one of the best Sauvignon Blancs you could buy for under $20. We agreed.

When we decided to come to , we were excited at the prospect of enjoying this wine, and similar wines, at what we assumed would be a fraction of the price. We were wrong. Oyster Bay Sauvignon Blanc is over $20 here. The merlot is even more. Even with the conversion, these wines cost more here than they do in . When we mentioned it to a waitress, she said “Yes, I know. Our wines are cheaper in , than in ”.

When we left , we had our cell phones unlocked, so we could use them as we traveled around. We also planned to buy call cards. But we assumed we would more likely communicate by internet.

While some cafés in offered inexpensive internet service, at around $4 an hour, it got to be quite expensive in some places. Starbucks charged a minimum $9 for an hour card. At one hotel, we had to pay $14 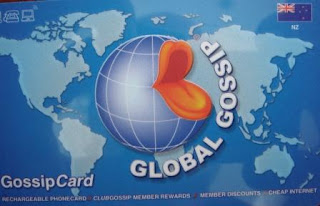 for a half hour or 93c a minute if we used the laptop in our room. But what is amazing is how inexpensive telephone calls are. When we made our first long distance call to on a $20 call card, we learned that we still had $19.65 left. It turns out it costs 7 cents a minute to call ! Even on the cell phone, it’s only 49 cents a minute, the same cost as a local call. It never dawned on me that it would be cheaper to call people than email them! And we haven’t even investigated VOIP.