Moesgaard: a regional museum dedicated to archaeology and ethnography 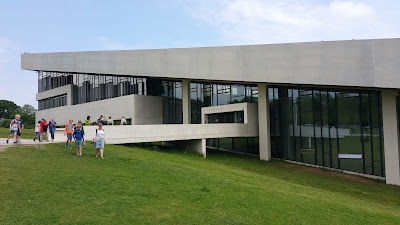 Moesgaard http://www.moesgaardmuseum.dk/en/ is an older, established museum that recently moved into a new building located just south of Aarhus. It was one of the most impressive museums I have ever visited, both in terms of the building design, which is partially buried in the ground, and the displays. One of the key exhibits is the Graubelle Man, a mummified body discovered in 1952 in a nearby bog. I was also fascinated by a display showing the development of apes into human beings using some very lifelike statues, skulls, and creative narration. 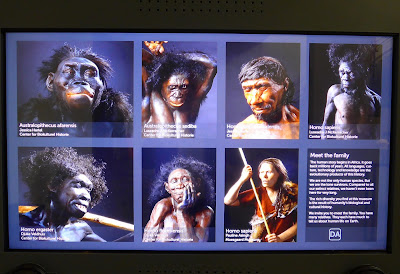 From the website: The museum’s exhibitions presents several unrivaled archaeological findings from Denmark’s ancient past, amongst others the Grauballe Man, the world’s best preserved bog body and the large ritual weapon caches from Illerup Ådal, testifying the power struggles and warfare of the Iron Age. The collection also contains seven local rune stones. Temporary exhibitions at the museum also display examples of the world's cultural heritage. 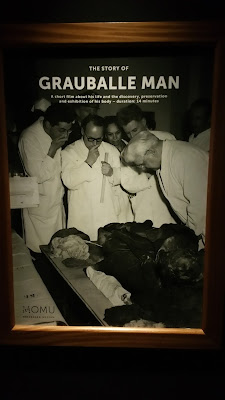 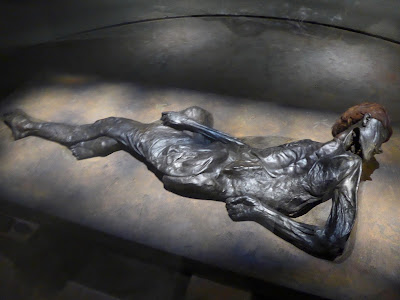 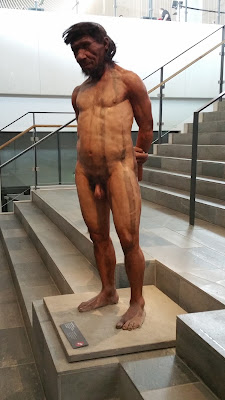 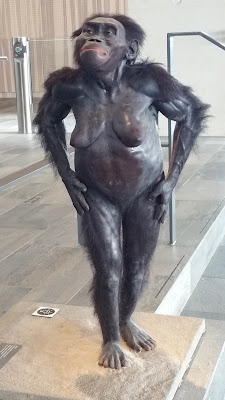 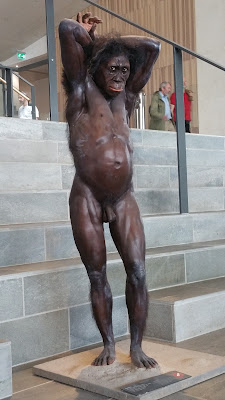 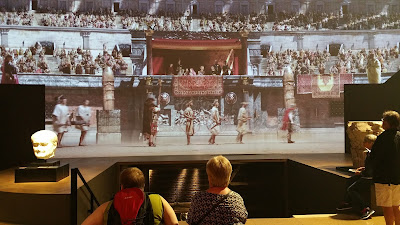 While we were there a temporary exhibition http://www.moesgaardmuseum.dk/en/special-exhibitions/gladiator-heroes-of-the-colosseum/ described life in Roman days.Through some very impressive video and animation, you were taken inside the Colosseum and we were fascinated to watch gladiators going into battle, to the delight of the animated and actual audience. They even brought out the lion. Given the number of children in attendance there was no blood spilled, but a lot of bodies were carried off!
Posted by Michael Geller at 6:34 PM